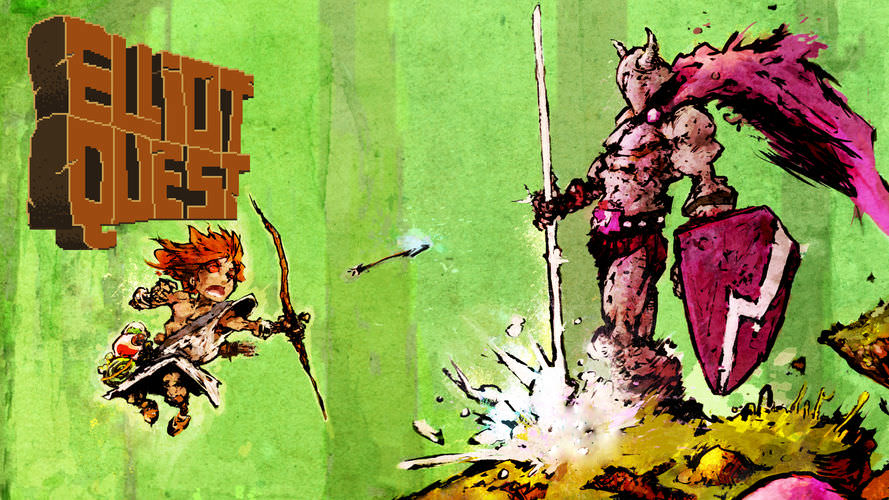 Blue chests are scattered all around Elliot Quests world and they’re the best source for gold coins in the game. Unfortunately, the blue chests can’t be opened by shooting an arrow at them like other chests can; you have to find a special blue key to open them instead.

You’ll need the following items and abilities in order to get the key:

Head to the southernmost area of the desert and enter the following cave:

This cave system is dark but it’s pretty straightforward. Use a well-timed fireball to kill the red creatures that spit three rocks at a time. You can also kill them with a bomb if there’s an open space adjacent to them.

After following this linear pathway for a while you should notice that you’re in the upper area of the cave system that connects the first town’s area with the desert. Continue to the right and destroy the rocks above the ladder to open a shortcut.

Head back to town if you’re running low on bombs. Having a full inventory will help with this next section. If you’re ready, continue to the screen to the right of the top of the ladder pictured above.

This final section is a straight path to the key. Unfortunately, it’s littered with those pesky red creatures. Use fireball to kill the ones that shoot from a distance and use a bomb on ones that you’re able to get next to.

You’ll go up a couple screens and then to the right by two.

The white rectangle pictured above is where the blue key is located.