by Carl on October 31st, 2017 in Nintendo Switch Reviews 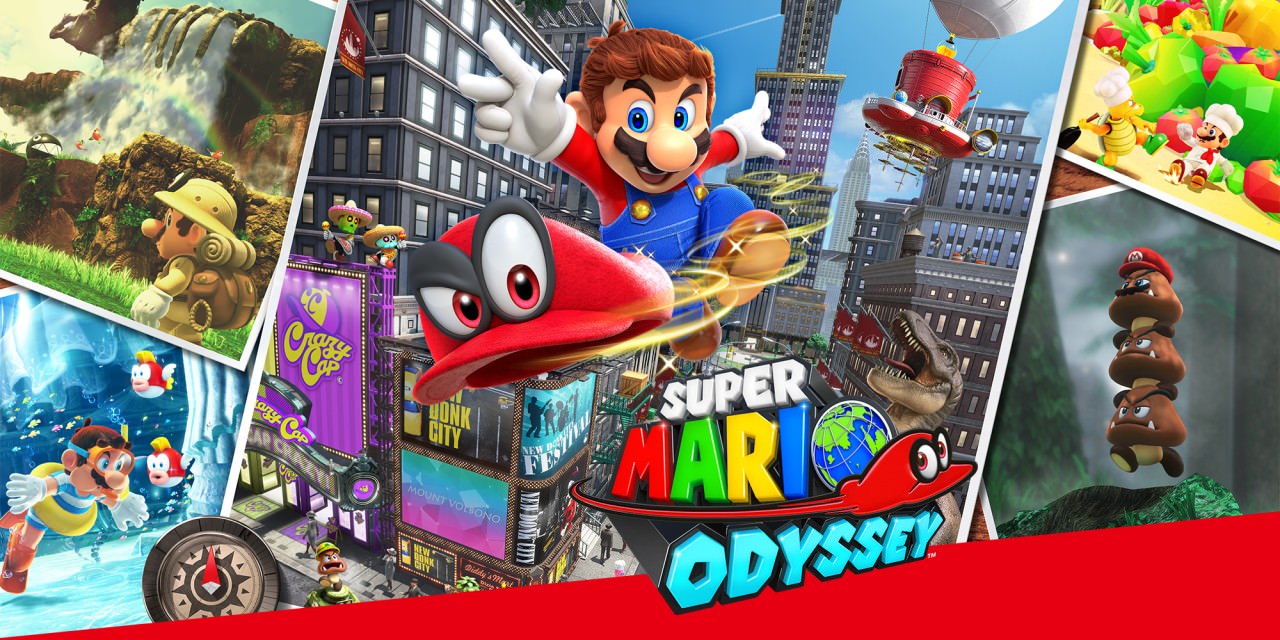 There are a handful of moments in Super Mario Odyssey that are really special. One of them is when Mayor Pauline performs “Jump Up, Super Star” during the New Donk City Festival while Mario leaps through an arcade-style Donkey Kong level. Two others occur during the game’s fantastic post-game content, and I won’t dare spoil either of those. The first and most important moment happens in the game’s third area, the ice-filled Sand Kingdom. I had already collected four or five Power Moons on my way to the main objective — and when I completed that, more of the Sand Kingdom opened up with a new objective on the map, and this process happened a few more times.

When I completed the final objective — defeating a huge ice boss that was freezing the kingdom — the Sand Kingdom changed completely. All of the huge sandbox was unlocked to explore, and new puzzles and Power Moons could be found since all the ice had melted away. This basic formula happens for just about every kingdom in Super Mario Odyssey. 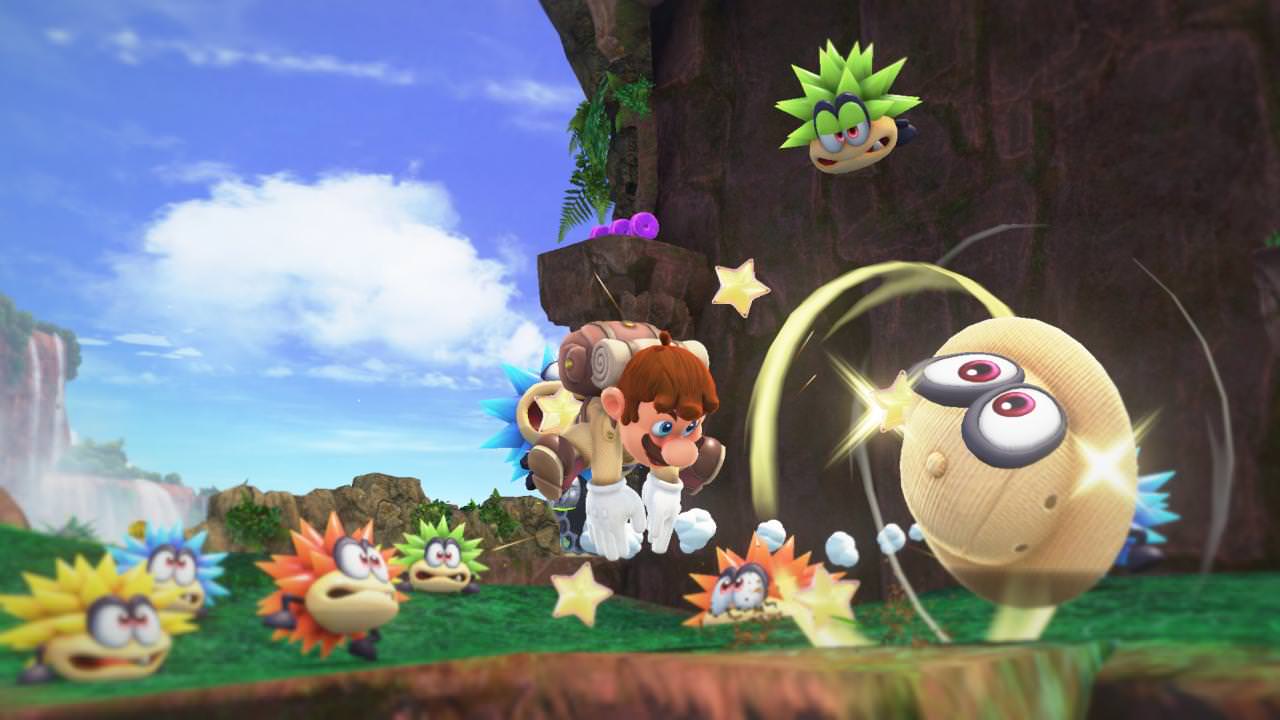 There are over 600 Power Moons in Super Mario Odyssey. Some Power Moons hover around hard-to-reach areas that require some nifty platforming to get to. Others take some clever puzzle-solving, and a few are obtained by beating bosses.

Like the Korok Seeds in The Legend of Zelda: Breath of the Wild, it’s kind of nuts to try to find every single last Power Moon. I beat the game in seven hours with around 150 Power Moons, but Super Mario Odyssey‘s post-game content is a pretty good motivator to go back and find a couple hundred more.

There are two things that make Super Mario Odyssey stick out right off the bat: Mario’s hat has eyes, and he’s rarely dressed in his traditional plumber outfit. Both of these let Super Mario Odyssey take old series concepts and twist them into something new and exciting.

Mario’s hat, Cappy, can be thrown at friends and foes to take over their bodies if they aren’t already wearing a hat. If they are wearing a hat you’ll have to knock it off first, so there are a ton of enemies walking around wearing hats — Goombas with top hats, Chain Chomps with hats, a Tyrannosaurus-Rex with a hat.

Each creature that Mario inhabits has their own set of special abilities. For example, Goombas don’t slide on ice, Cheep-Cheeps can swim well and breathe underwater, and the aforementioned Tyrannosaurus-Rex destroys everything it tramples over. A lot of puzzles will require an ability that Mario doesn’t possess himself, so you’ll have to play around with a bunch of different creatures throughout the game’s kingdoms. Super Mario Odyssey does a brilliant job teaching how to use these abilities through clever puzzles that grow progressively more difficult, finally culminating in a boss battle for most kingdoms. 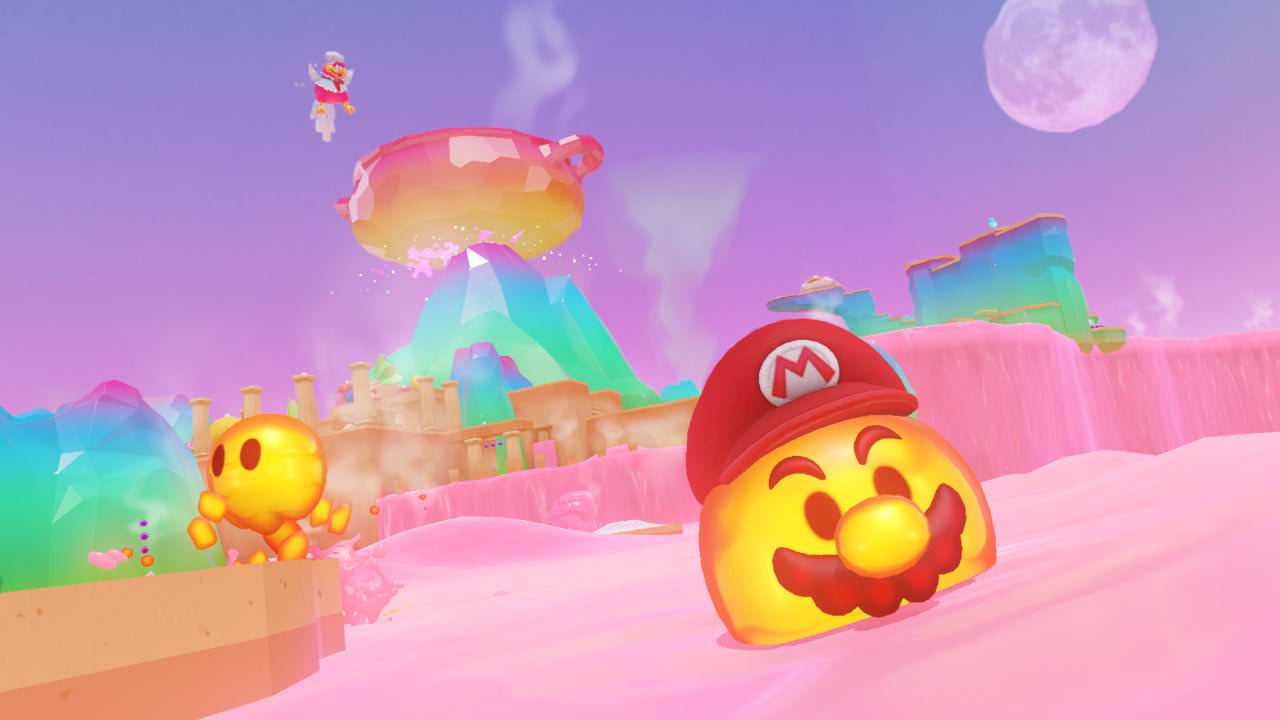 My favorite creature was a little bird that could stretch out its beak to poke and deflect things. The beak was also pointed and sharp at the end, so you could use it to fling Mario up the sides of walls. Naturally, the boss at the end of the kingdom was a giant mecha that you had to scale up the side of as the bird.

Mario has a bunch of different outfits to change into as well. They’re purely cosmetic, although some areas like the construction site at New Donk City require a specific outfit to access. Each kingdom has a couple signature outfits you can purchase with kingdom-specific coins, like a sombrero and poncho in the Sand Kingdom and a tuxedo in New Donk City. I didn’t really care for any of the outfits until I found an amazing one you can purchase after beating the game, just in time to wear for the post-game content.

The controls are absolutely perfect, by the way. Mario controls exceptionally well — I never fell off a ledge or had trouble getting around, which can’t be said for every game that features jumping these days.

For all its brilliant level design, there are a couple of strange things about Super Mario Odyssey. The first of which is the game’s story. Peach has, once again, been captured by Bowser. This time he’s forcing her to marry him, and even more creepy, Bowser has full made-up-language voice acting that made me cringe. It would be nice to see Nintendo drop this tired trope.

Another oddity is how the game goes out of its way to force motion controls on you. Motion controls are a failed experiment that should be left behind with the Wii era, save for a couple helpful things like gyro-aiming in Breath of the Wild and Splatoon 2. The motion controls in Super Mario Odyssey are required for some additional platforming and combat moves, which is really bizarre. An on-screen video will occasionally pop up showing people waggling the joycons — even when the game is played in handheld mode. These additional moves aren’t needed to enjoy the game, thankfully. It’s just odd that Nintendo tried forcing it a couple generations past due.

Too many games these days are lifeless, colorless, and bleak; I suppose it’s fitting given our current political and international landscape, where nuclear annihilation is one tweet away. 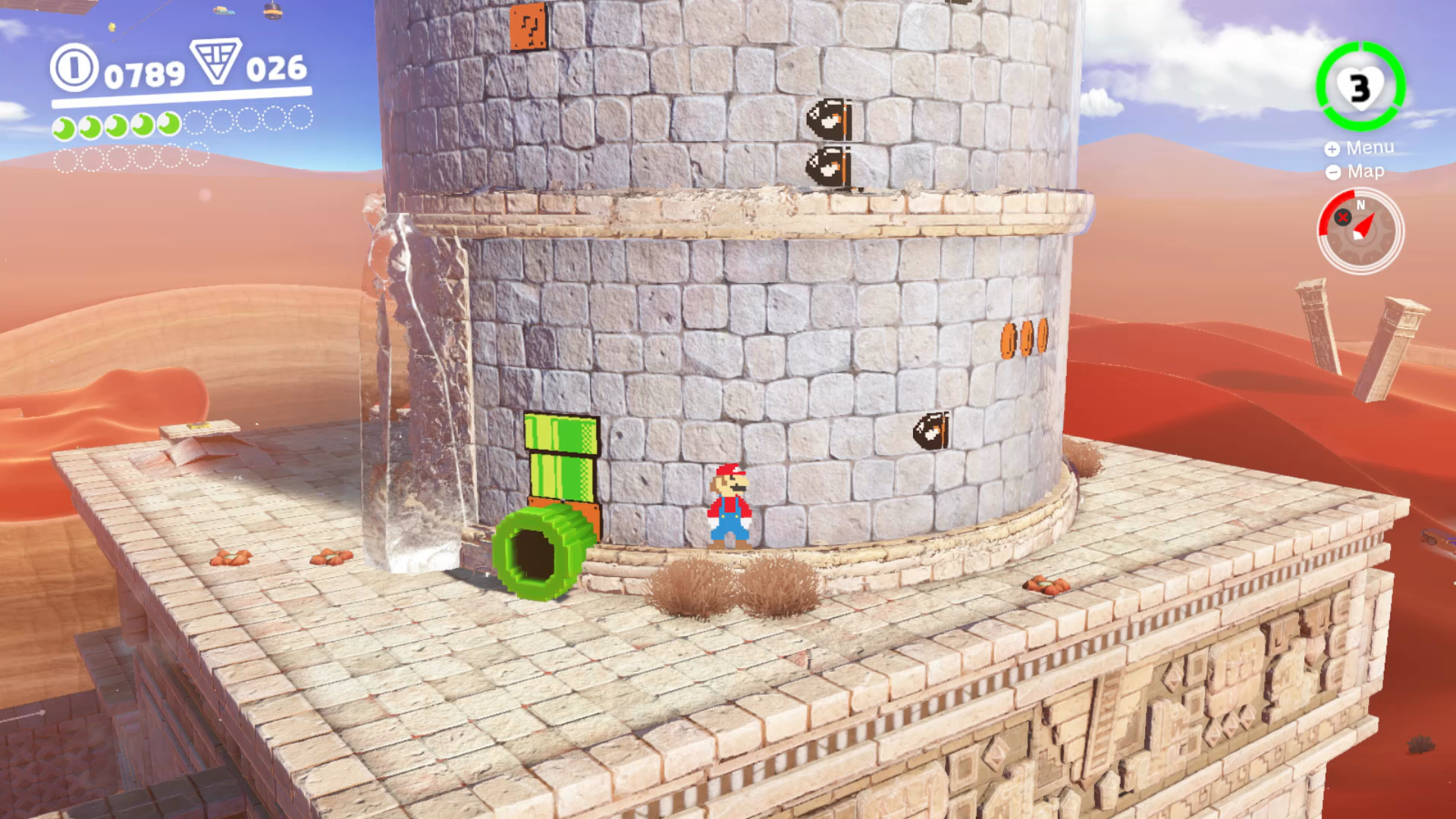 Super Mario Odyssey is a rare gem that posits a more hopeful outlook, even if the game’s story is an overused trope. Its characters are vibrant and full of life, even when their kingdom is being threatened by a giant octopus. The harmonies of its soundtrack dance through your eardrums gracefully — especially with a wireless headset. Each kingdom has conflicting elements, like the forests and machinery of the Wooded Kingdom, that beautifully blend together.

It’s this feeling of pure elation while playing Super Mario Odyssey that makes it a triumph.

Super Mario Odyssey is a Masterpiece

I was trying to decide whether or not Super Mario Odyssey is better than the masterful Super Mario Galaxy throughout the entire adventure. Ultimately, it may be a wash; both games can probably be swapped back and forth for Mario's best adventure depending on the day. These days, though, Super Mario Odyssey's hopeful and vibrant outlook is sorely needed.