by Carl on November 9th, 2017 in Nintendo Switch Reviews 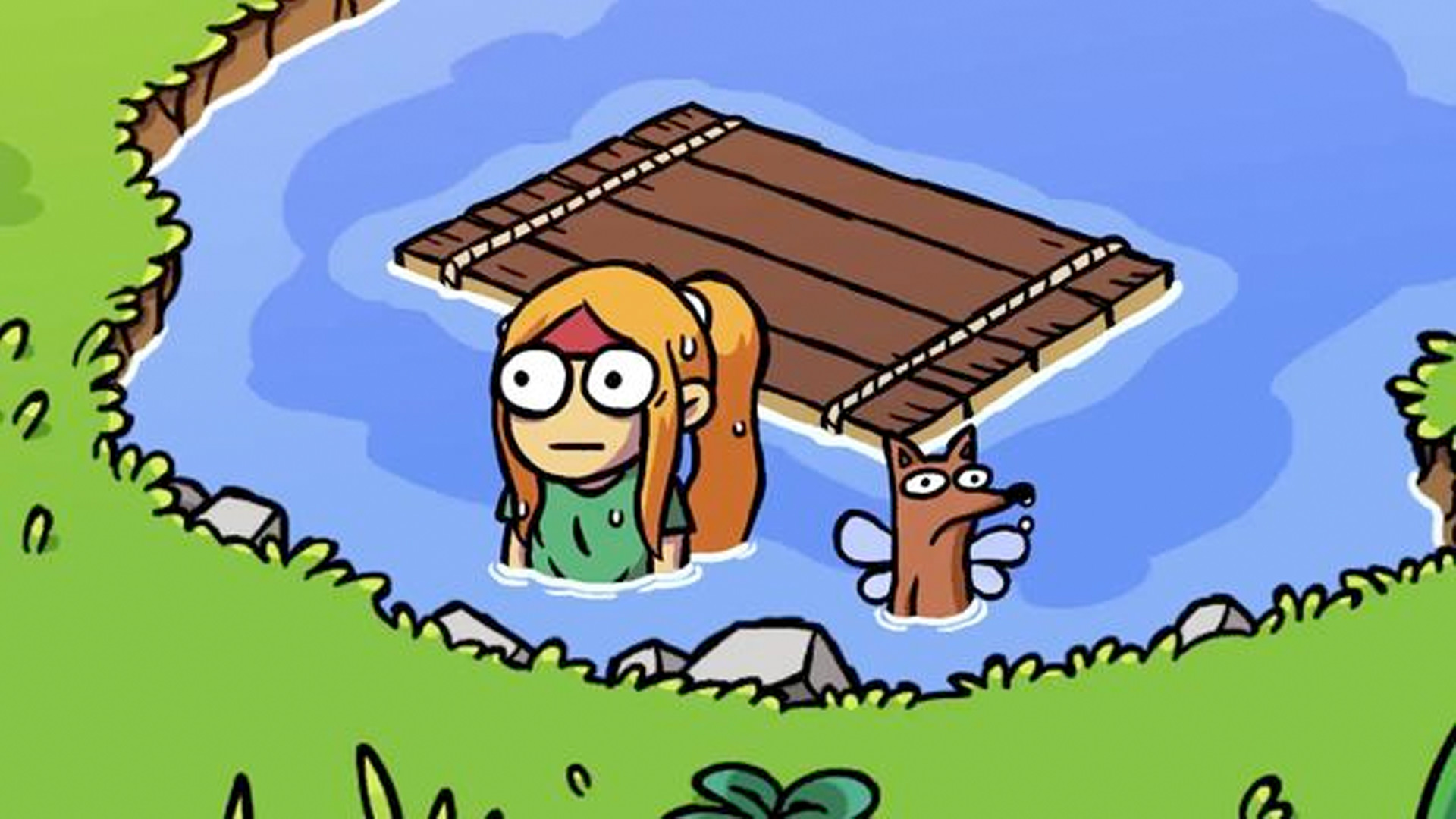 The Legend of Zelda is my favorite video game series, so Zelda-clones have a special place in my heart — whether it’s the relatively charmless Oceanhorn or the masterful Elliot Quest. Ittle Dew 2+ is the latest Zelda-clone to hit Nintendo Switch and takes after the original The Legend of Zelda, while adding plenty of unique twists, undeniable charm, and hard as hell block puzzles along the way.

Ittle Dew 2+ is fully aware of how silly it is, and this works to the game’s benefit. You take control of an adventurous pirate named Ittle as she and her fox-with-wings companion, Tippsie, scour an island for eight raft parts needed to get off. Every character and creature you come across on the island is played for laughs, and this goes hand in hand with the game’s cartoonish visual style; Ittle Dew 2+ could easily be a cartoon along the lines of Adventure Time. 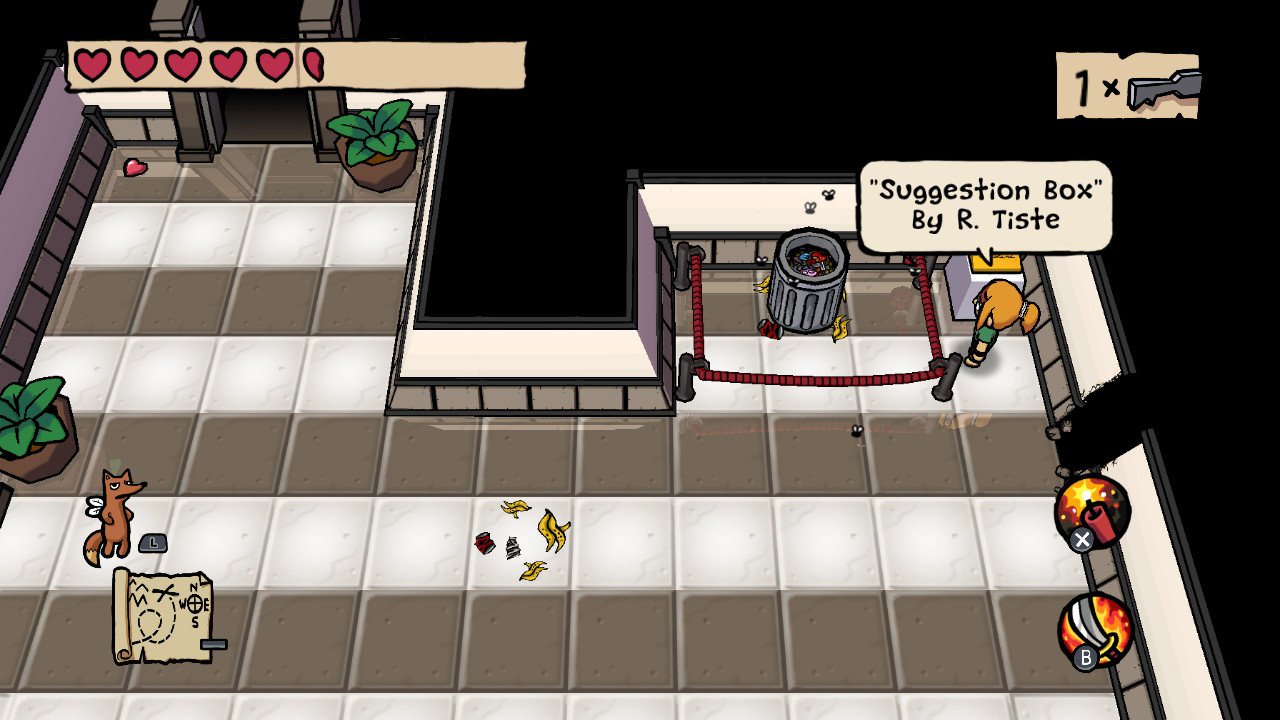 A lot of Ittle and Tippsie’s back and forth breaks the fourth wall and pokes fun at video game tropes. Upon entering a fire dungeon — it’s a Zelda-clone, remember — Tippsie noted, in a snarky tone, that the dungeon would probably switch to an ice theme halfway through. It did.

Much like the original The Legend of Zelda, the first seven dungeons in Ittle Dew 2+ can be completed in any order. By default, Ittle Dew 2+ puts a marker on your map telling you where the next dungeon is, but this can be disable in the options — and I highly recommend doing so. Each of the game’s areas has one dungeon somewhere in it, and the game is a lot more fun if you wander around discovering them for yourself.

Ittle Dew 2+ has this neat little twist to dungeon crawling that I hope Nintendo borrows from for the next Zelda title on Switch: while each dungeon does have an item in it, the puzzles within the dungeons have alternate routes to get around them. This means that you can get by a puzzle in the fourth dungeon that requires an item from a dungeon you haven’t found yet, for instance. The way around is oftentimes longer and more treacherous, though. Dungeons have some nice variation to them, too; one of the dungeons is an art exhibit and the water dungeon is someone’s flooded basement. 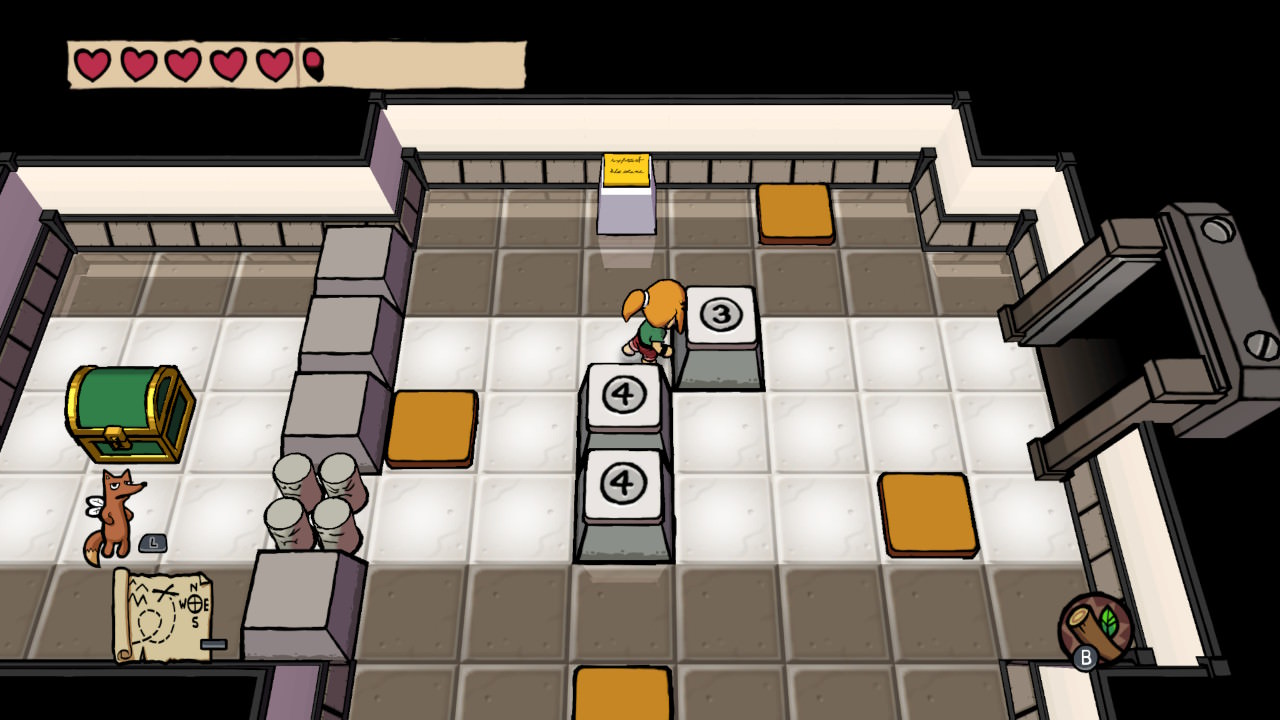 The puzzles themselves are hard as hell. Ittle Dew 2+ is completely block pushing and switch hitting puzzles, and that would be a letdown if they weren’t so clever. The final dungeon alone has some of the hardest and most rewarding block puzzles that I’ve ever seen in a top-down game. Every puzzle makes great use of Ittle’s inventory, which ranges from a ring that can freeze blocks to push over spikes or a wand that can push blocks from a distance. I discovered that you can hit blocks diagonally with the wand after being stuck on a puzzle in the final dungeon for half an hour. That changed everything.

The most creative block puzzles are ones where the blocks can only be moved four times before they explode — you’ll have to come up with really creative ways to get these blocks over to their switches.

There are a bunch of little caves thrown all around the overworld in Ittle Dew 2+ that act as mini-challenges to tackle on the way to the next dungeon. The challenges are usually only a single room large, and can be anything from a tricky block puzzle to a combat challenge against a multitude of enemies. Seeking out these caves and completing their challenges is paramount to your adventure: the rewards include crayon boxes that increase your total health, shards to collect for a prize, or a lockpick that can be used in place of a key in any dungeon, to name a few. 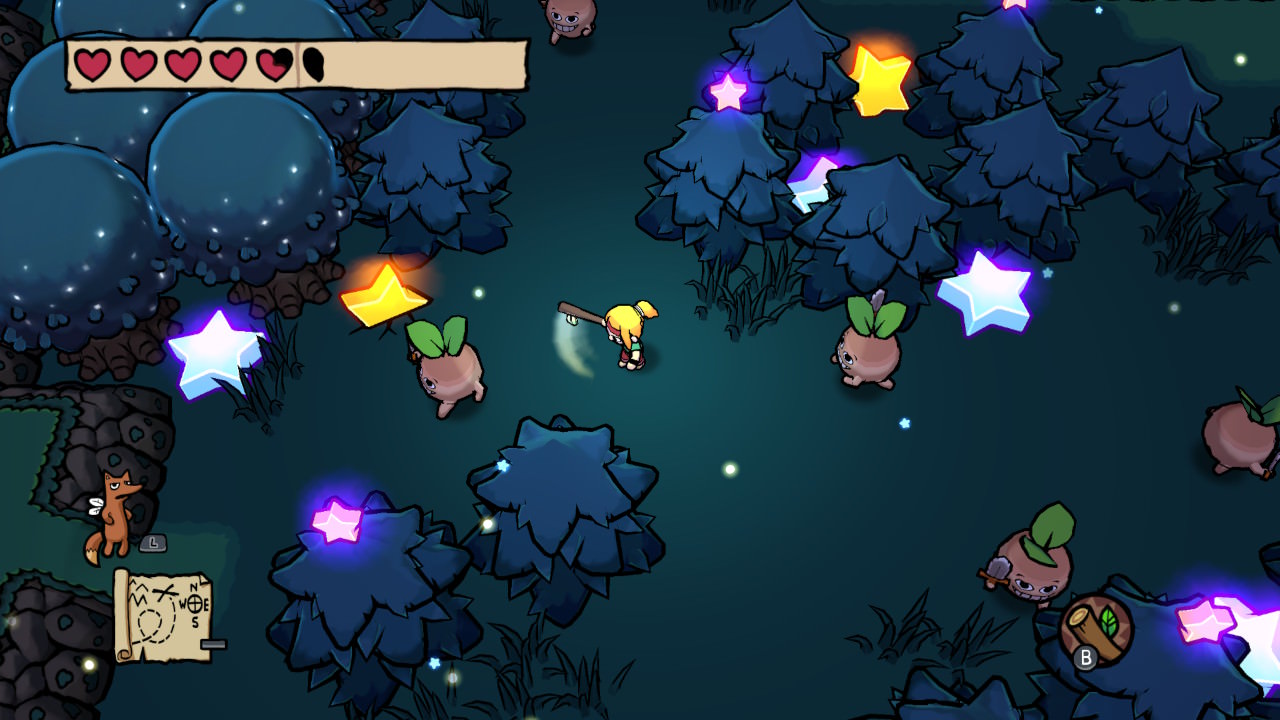 You’ll occasionally be rewarded with a different costume for Ittle. The costumes are purely cosmetic — one of them changes Ittle into her design from the first Ittle Dew title.

Despite all its brilliant writing and puzzle design, Ittle Dew 2+ has some pretty poor bosses. It’s kind of a shame given how wonderful the puzzles are — the bosses are just simple battles where you dodge projectiles and melee attacks across a couple phases, while getting in your attacks when you can. There’s no puzzle solving to any of the bosses, which may be a byproduct of being able to do the dungeons in any order you want.

Still, A Link Between Worlds had a similar non-linear dungeon progression and it managed to have some pretty creative bosses. Ittle Dew 2+ simply reuses the same couple bosses and gives them a bigger mech suit the next time you see them. 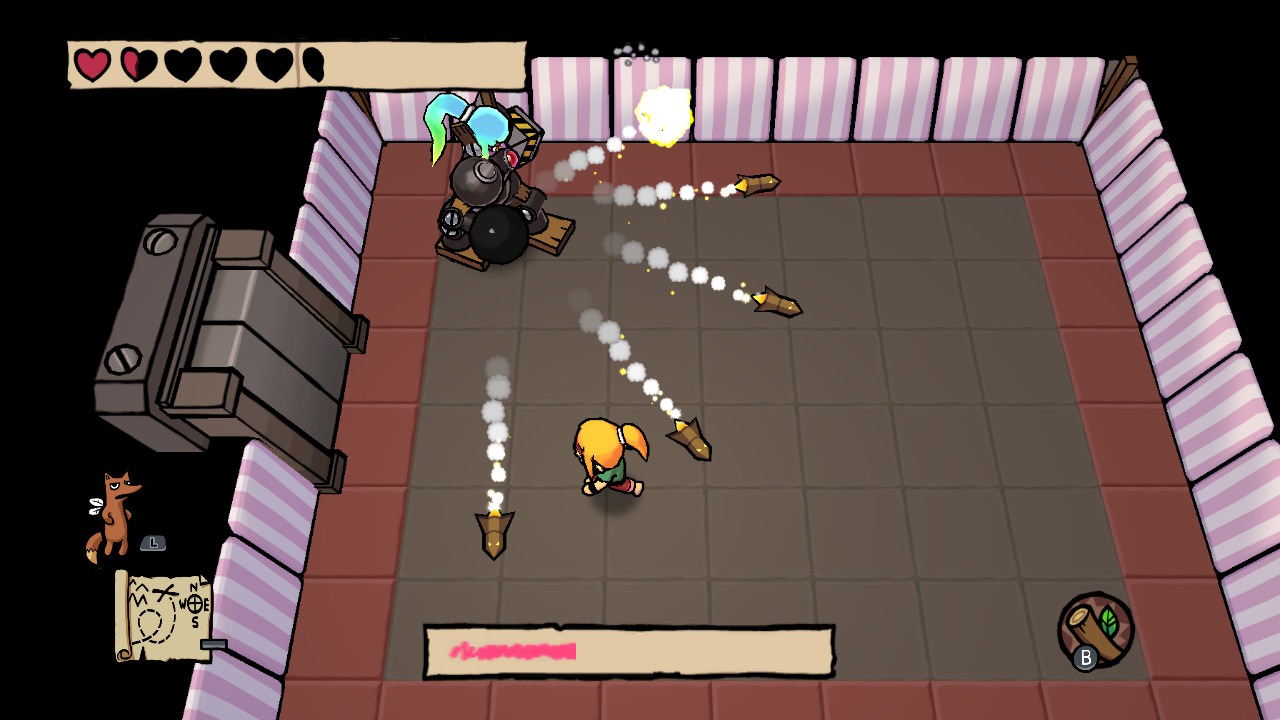 It would have been neat if Ittle Dew 2+ treated its bosses the same way it does with its wonderful puzzles: have one way to beat the boss with the dungeon item, and then a harder way to beat it if you lack that item. The final boss does something like this, and the first seven should have, too.

Ittle Dew 2+ is a beautiful fusion of the original The Legend of Zelda and Adventure Time, taking the non-linear dungeon concept from the former and applying its own charming twists to it. Warning: these puzzles aren't for the faint of heart.