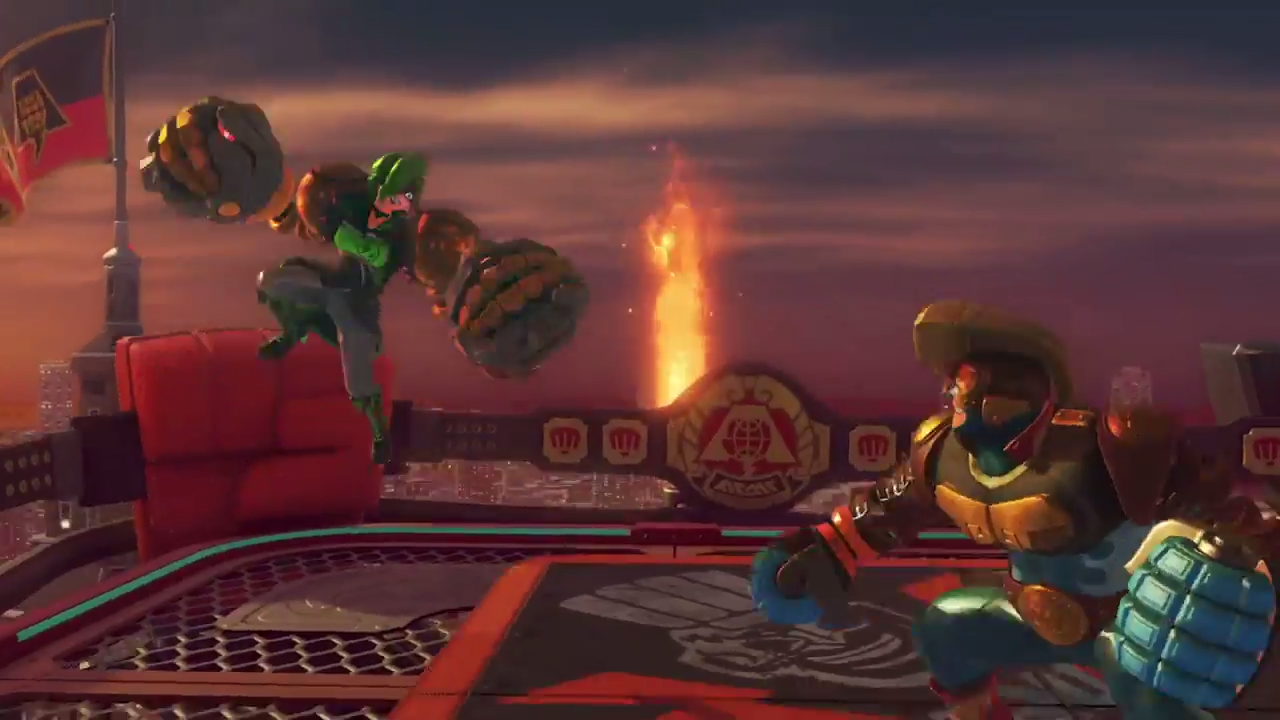 So, if you are reading this, I’m sure you’ve seen the preview trailer for v5.0 of ARMS. If you haven’t seen it, you can watch it here. (Which will be released in some hours, by the way). And if you haven’t read about the current guesses about this new character, here’s a quick summary of everything that’s been commented so far.

The new ARMS fighter seems to be related to the ARMS Lab. She’s very likely a crazy lady scientist. And it’s quite possible that one of her characteristics as a fighter is using some sort of third arm as noted by several people based on the teaser. This will probably be similar to how Byte & Barq work… or at least somewhat similar.

Now for the reason of this blog post. Besides all the already shared screenshots, there’s actually a few frames in the teaser video that show clear images of the new character. One of them, while it’s a shot from far, actually shows her face quite clearly.

As you can see, it’s quite easy to notice most of her facial features from this screenshot. This also matches a recent recreation that was done by someone who tried to remove the distortion from the end of the teaser video.

The other interesting detail I want to share is something that is more easily noticeable and already has other screenshots floating around on the web. It’s about the new arms that will arrive with the character, which are clearly based on Hedlok. You can already see them in the picture I shared above but here’s a closer look at one of them. 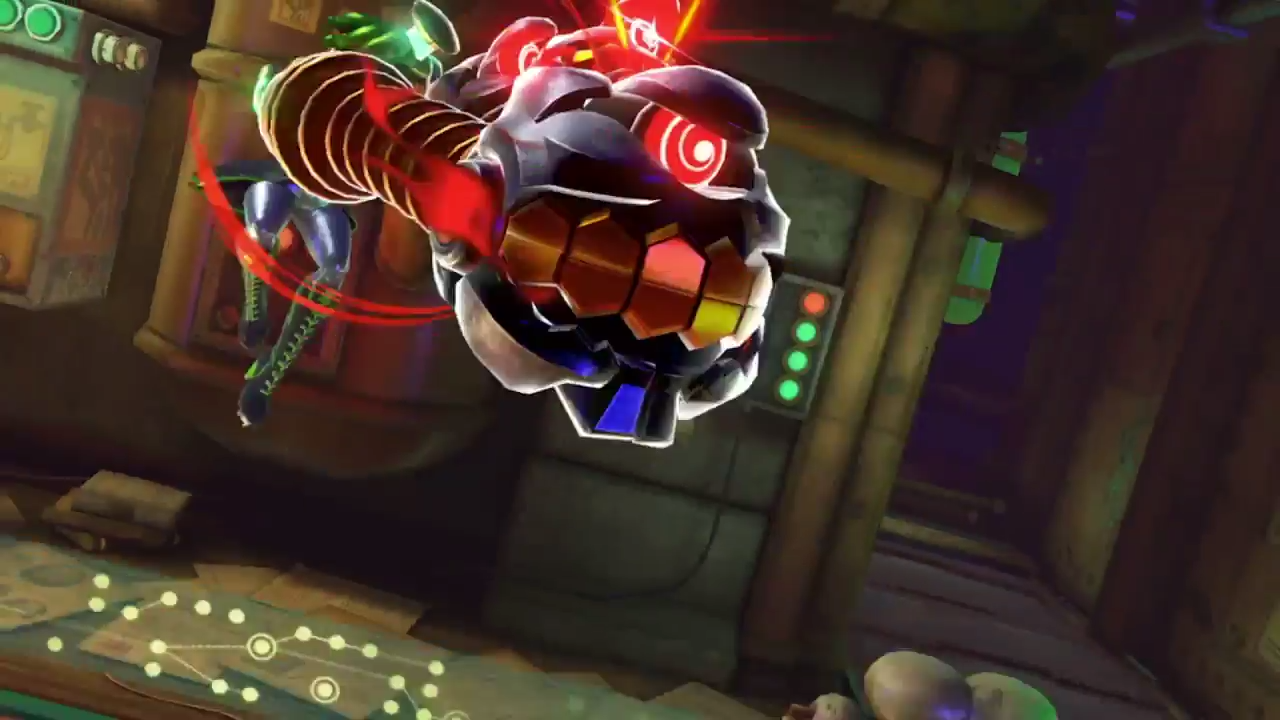