by Carl on February 15th, 2018 in Nintendo Switch Reviews 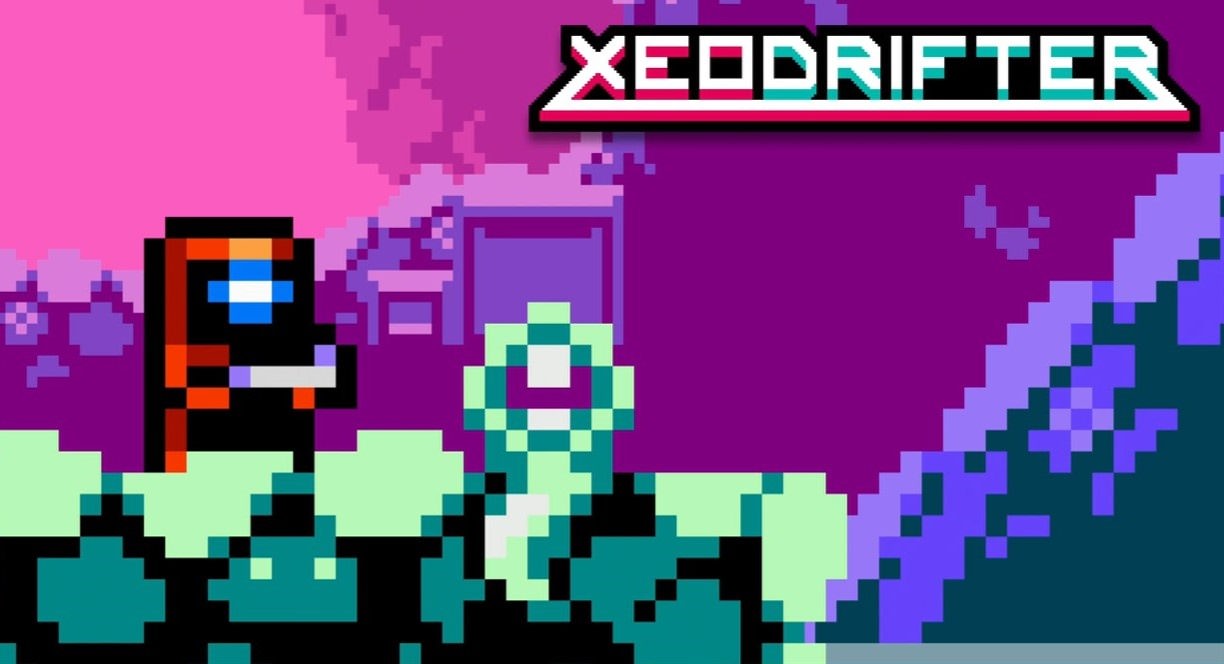 In Atooi’s Xeodrifter, players take control of an interstellar adventurer as they scour four different planets in search of the materials required to repair their ship’s damaged warp core. What began as a by-the-numbers Metroid clone turned into something a little more special thanks to one very neat upgrade.

The only direction that Xeodrifter offers players are vague red dots on their map — the game doesn’t tell players which of the four planets to explore first or which fork in the road to take. Xeodrifter just lets players dive into the game and figure it out themselves, and it’s all the better because of it. Granted, it’s not too hard to figure out where to go at the start because three of the four options are blocked early on by obstacles that players won’t have the upgrades to bypass. After getting a new upgrade the way forward is usually always on a different planet, which in turn will lead to a new upgrade that can be used to bypass an obstacle on another planet. There’s a bit of backtracking through planets players have already visited to get to new areas of them, but it’s pretty limited. Xeodrifter is much, much smaller than any Metroid game. 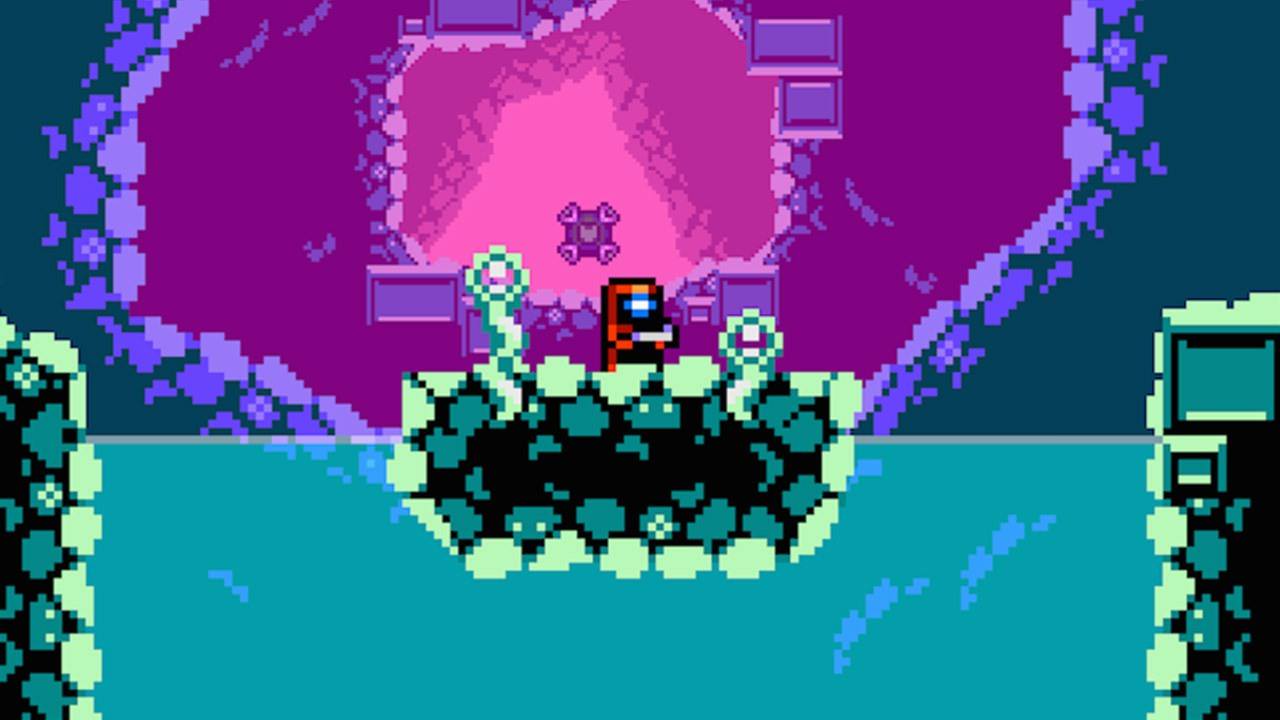 The planets themselves each have a different coloring and structural theme to them; one may have a great deal of water, another looks like the innards of an organic cave system, and another looks like a high-tech factory. The same types of enemies are consistent throughout: bug-like creatures that jump from surface to surface, weird coral-reef looking things that fire projectiles, hopping blobs, and so on. A great deal of the challenge in Xeodrifter comes from platforming and combat, actually, and it gets pretty hard.

There isn’t a variable jump; no matter how long players press the button, the character will always jump the same height. This takes a little while to get used to, and even though it doesn’t change anything, I still had my thumb holding the button for longer jumps. Health is handled a little differently from the standard “Metroidvania” title, too: instead of a health bar, players are given little circles on the HUD that act like hearts from Zelda. Players start with three and can find health upgrades hidden throughout the four planets. Enemies start off doing one point of damage, and grow stronger later in the game, so being able to master non-variable jumps to avoid projectiles is essential to surviving with only a handful of health points. Enemies don’t drop health restores, either — the only way to restore health is in the ship or right before a boss. 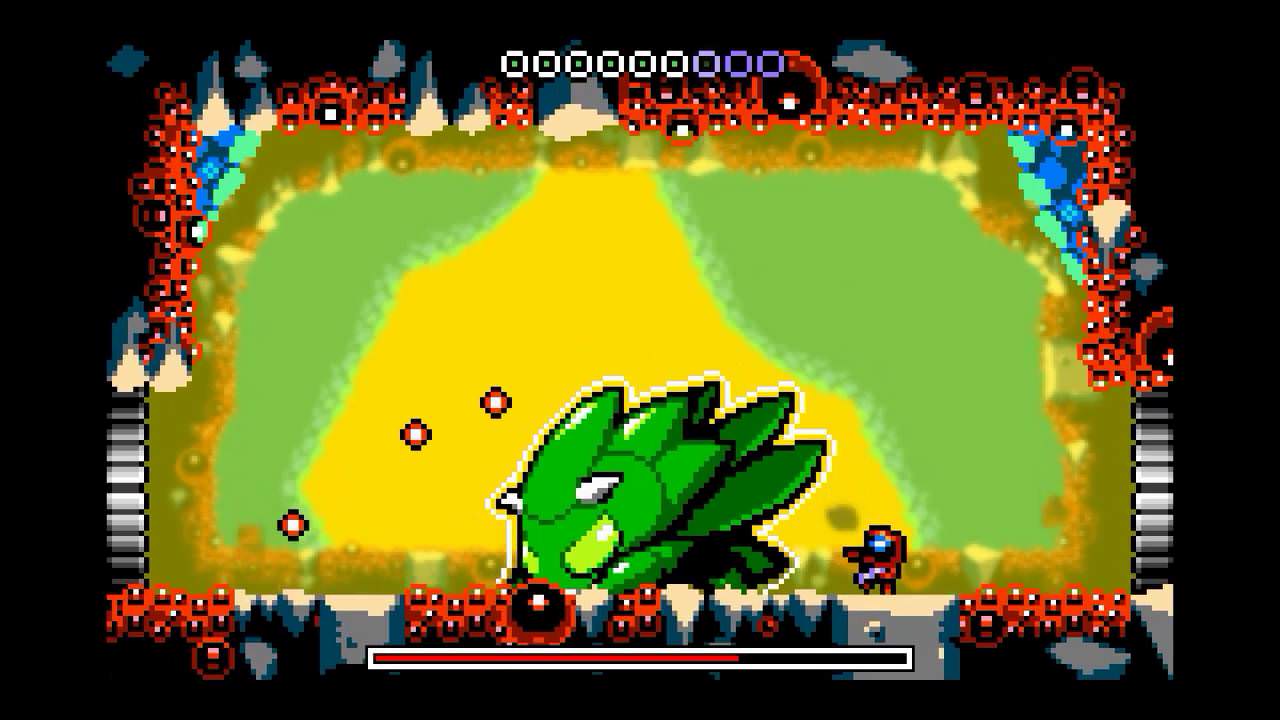 Admittedly, I’m a little torn about the bosses in Xeodrifter. The battles themselves are hard as hell — it took me at least a dozen tries on each one — and they make great use of the upgrades that players have found up to that point. The problem, though, is that they’re all the same bug monster but with a different color. It would have been nice if the bosses were completely different creatures, but since each battle is so different mechanically I’m not sure if it even matters beyond aesthetics. It’s a little bit like fighting Bowser over and over in Super Mario 64, only Xeodrifter‘s bug monstrosity has a few more tricks up its sleeve than King Koopa did.

What really makes Xeodrifter stand out is how it uses its upgrades to give players fun platforming challenges. Early on in my adventure I noticed that some areas had more detailed backgrounds that even had enemies moving around, and I assumed it was just for visual flare. I was wrong — the second upgrade that players acquire allows them to phase into these more detailed backgrounds. They’re essentially levels behind the level, and later in the game players will have to combine this phase-shifting ability with their other upgrades to get by obstacles and even fight bosses. Xeodrifter is a little slow out of the gate but really takes off when players acquire the phase-shift. 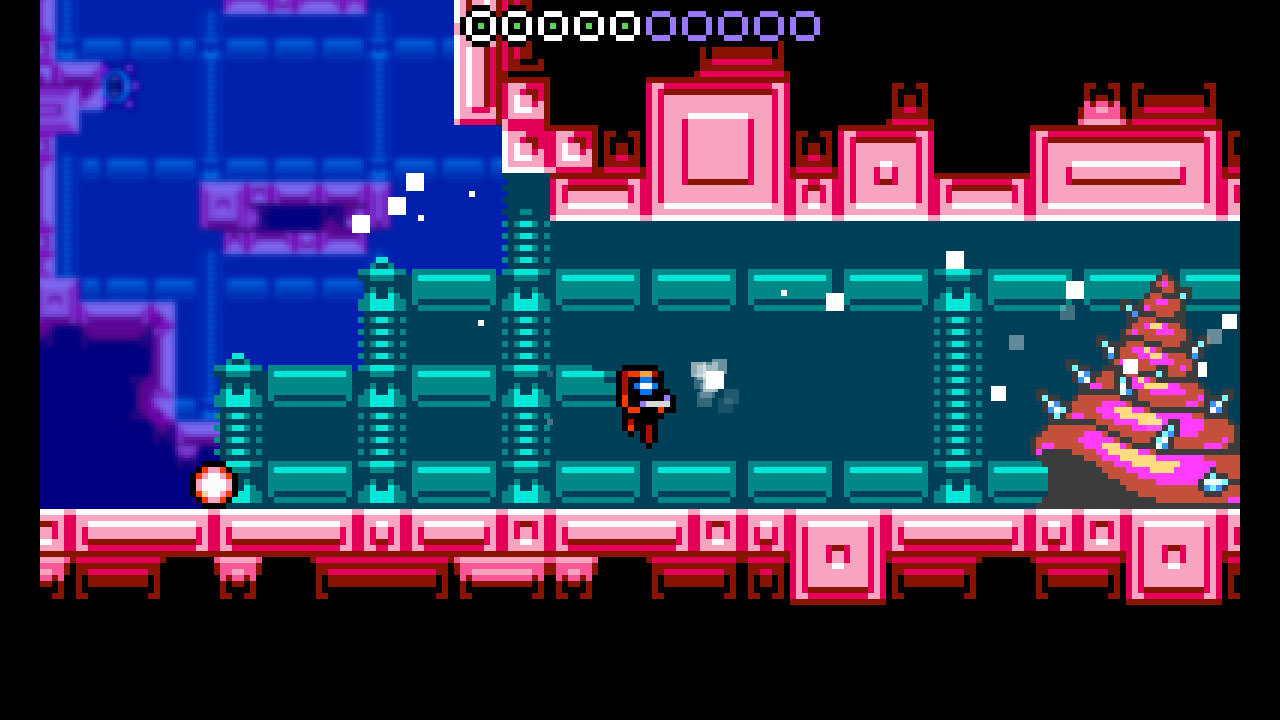 The only thing that I felt was out of place in Xeodrifter was the soundtrack, unfortunately. It was never able to hit that cool ambiance for me that I felt should go with each area. It’s a shame because I enjoy Brian Altano & crew’s work otherwise.

Disclaimer: A review code for Xeodrifter was provided by Atooi.

Xeodrifter packs plenty of neat ideas and a whole lot of challenge in its short runtime. I would love to see Atooi expand on some of the concepts in Xeodrifter and return for a bigger adventure. In the meantime, this bite-sized "Metroidvania" is well worth the $9.99 USD asking price.