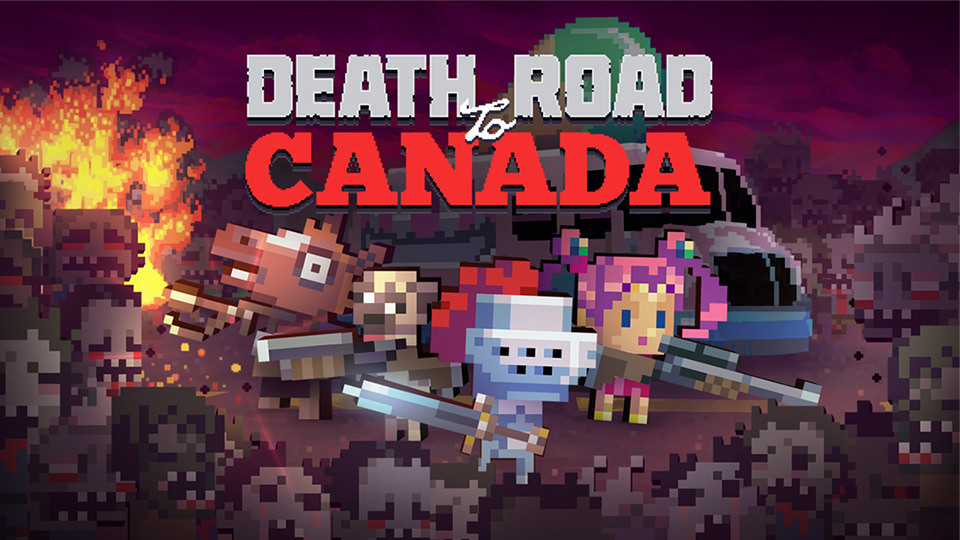 Death Road to Canada is what you get when you combine Oregon Trail, zombies, pixel art, rockin’ tunes, and the god-forsaken land known as Florida. This game is one of those rare breeds that looks funny and entertaining on the outside but is even more than you could ever imagine on the inside. The overwhelming customization and witty banter are just a few reasons why this title is one of the most addicting games on the Switch.

To reach the Great White North you must flee the uninhabitable land of Florida and navigate treacherous roads through zombie-ridden lands. Death Road to Canada follows the same basic structure of Oregon Trail with the two major gameplay aspects are on the road and gathering supplies. There are variations here and there, but even in your first playthrough it will feel familiar. 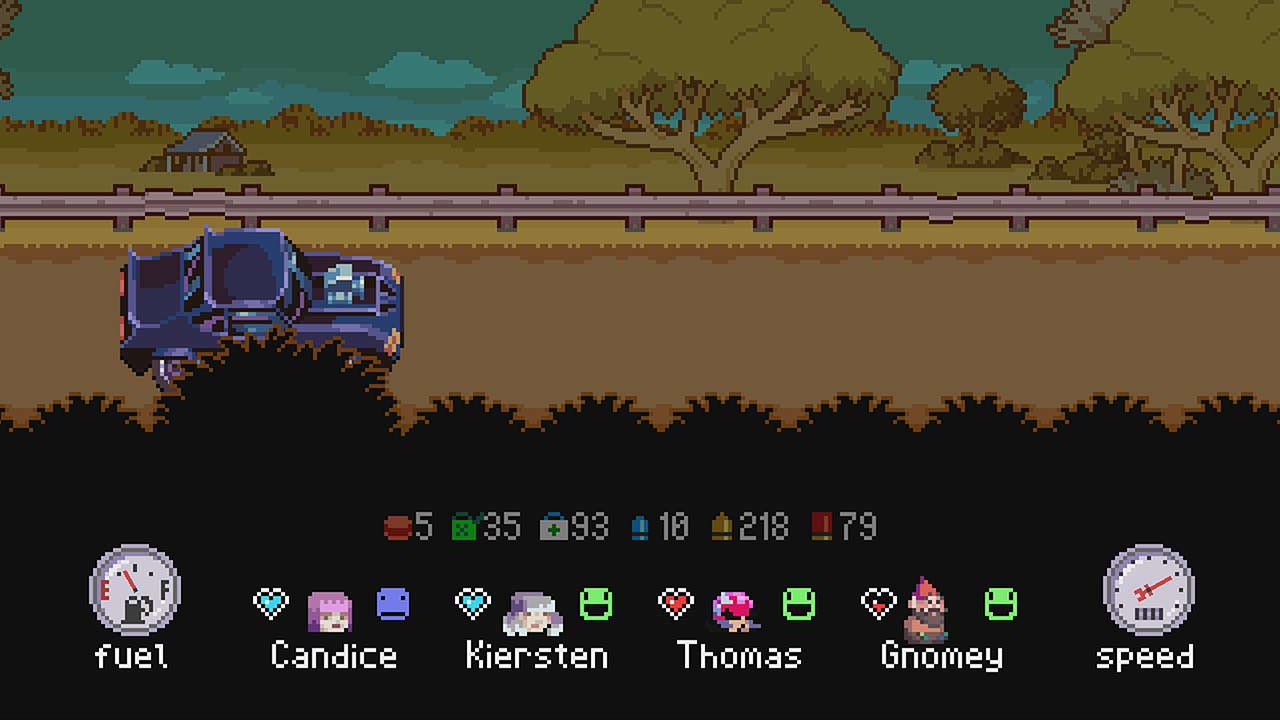 The phase of where you’re on the road driving or walking to Canada is starts out as one of the more boring parts of the game. You just sit there and watch a car drive with occasional text-based events that come up and have you choose between two to four options. As you proceed to the scavenging stages, Death Road to Canada does a complete shift in gameplay. You and your party—unless you prefer to go it alone—rummage through homely houses, derelict department stores, and horrid hospitals to find food, gas, weapons, and medicine. There are also sieges which are typically the way my party meets their demise. These sieges throw immense waves of zombies at you for a predetermined amount of time. In terms of speed these brain-hungry chompers are no Game of Thrones army of the dead, but they certainly can match their numbers. The top-down style with a zoomed-out camera makes it bearable to navigate the undead labyrinth even while getting overrun. There are a few times when corners of buildings or door frames seem to get in the way when they shouldn’t, but the smooth controls make it easy to get away if you find yourself in a tight spot. The longer you survive the longer you yearn for the warmth of your car which felt boring to begin with, but now is your only respite from the undying horde.

Even though the bones of Death Road to Canada are very similar to one of the most iconic games of all time it would be an unfair and shortsighted analysis to leave it at that. This game takes a classic formula and dumps in an astonishingly large amount of deep character customization. For custom characters you get to choose between 22 perks which create the foundation for your character’s strengths and weaknesses, and 27 traits to help build upon that foundation. For those who aren’t into building a zombie-annihilating athlete and just want something other than the defaults the randomizer is a godsend thanks to 594 possible character combinations. On top of creating the ultimate zombie-slaying bodybuilder there are also numerous cosmetic choices which can be a fun way for a group of friends to insert themselves into this perilous road trip. 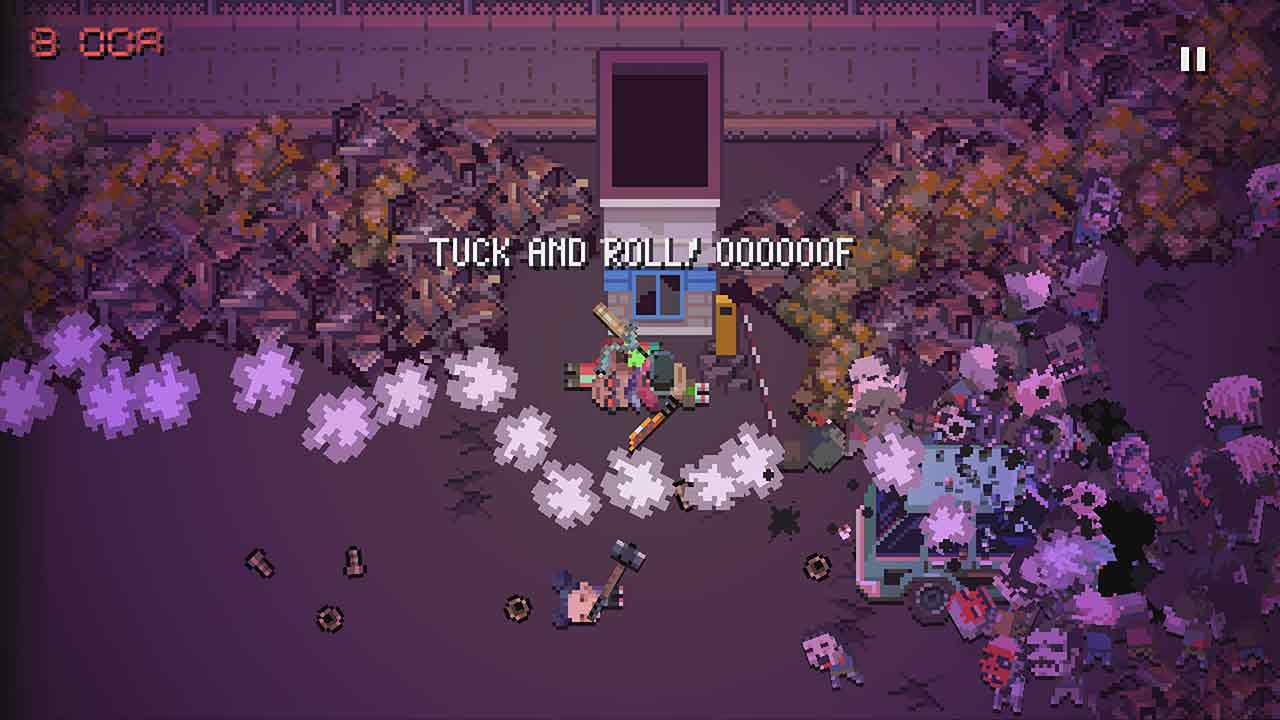 There’s a game mode in Death Road to Canada which will increase the likelihood that you’ll encounter those created characters. In total this game was 10 different game modes which upon further review are actually just variations on the original game mode. Coming from the amount of choices on the character creation screen it is a major letdown. It’s a shame that the pace at which you travel is locked to a game mode. I like being able to have choices which allow me to play strategically and adjusting on the fly based upon the condition of my party. It’s fun to play the game mode that increases rare encounters because the special characters in this game range from a mundane Jason rip-off to a bizarre stack of three dogs in a trench coat which split up into individual characters once their first form is killed. Outside of that, there’s not much else that the different game modes add to the experience of the game.

Despite the disappointing lack of variation between game modes the aesthetics and writing more than make up for it on their own. The genres of music on this soundtrack are as varied as the character building selection. It’s a cacophonous hodgepodge that doesn’t seem like it would work together, but the feel of each track fits their respective situations to a T. 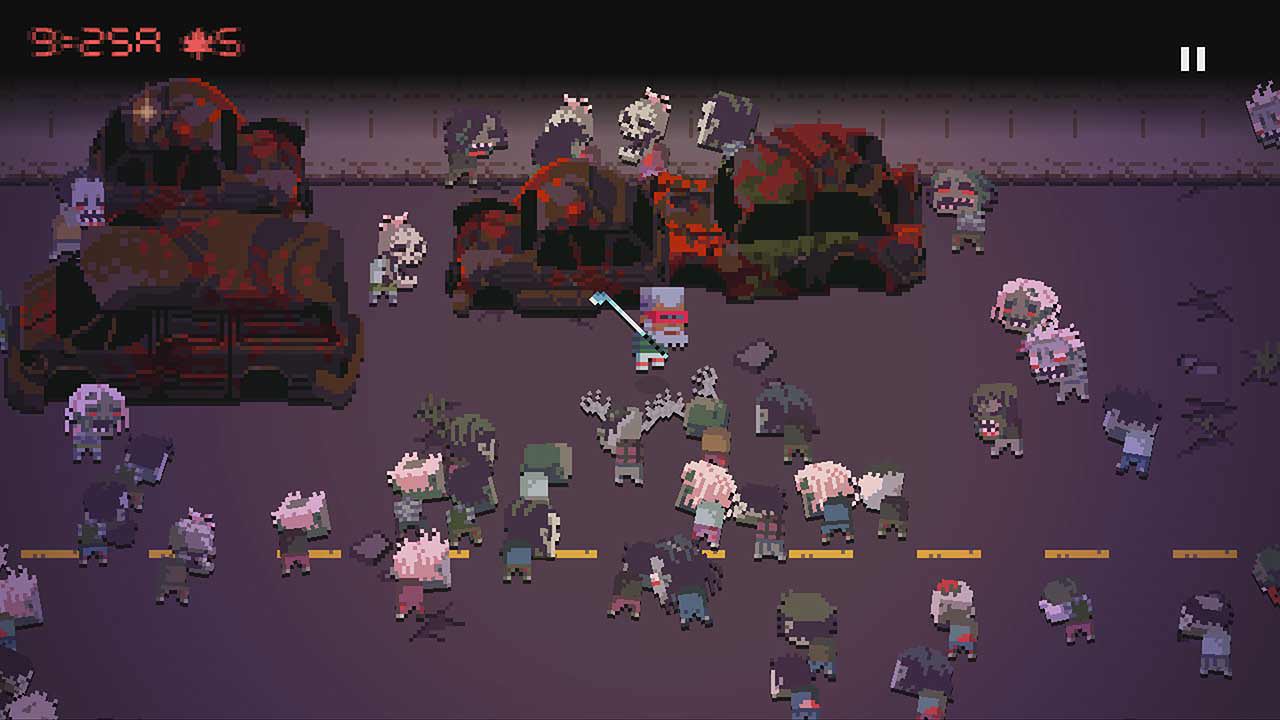 Disclaimer: A review code for Death Road to Canada was provided by Plan of Attack.

Death Road to Canada is Great

Death Road to Canada is a surprisingly impressive package. The sheer number of options you have to use for building characters and parties is unheard of in most other games in this space. More gameplay while on the road would be better than what is currently essentially a text adventure. However, the scavenging and siege phases are loaded with fun and intense gameplay. This game is an absolute must-have for fans of the classic Oregon Trail, and with handheld play Death Road to Canada’s quick pace makes it the perfect pick-up and go game.