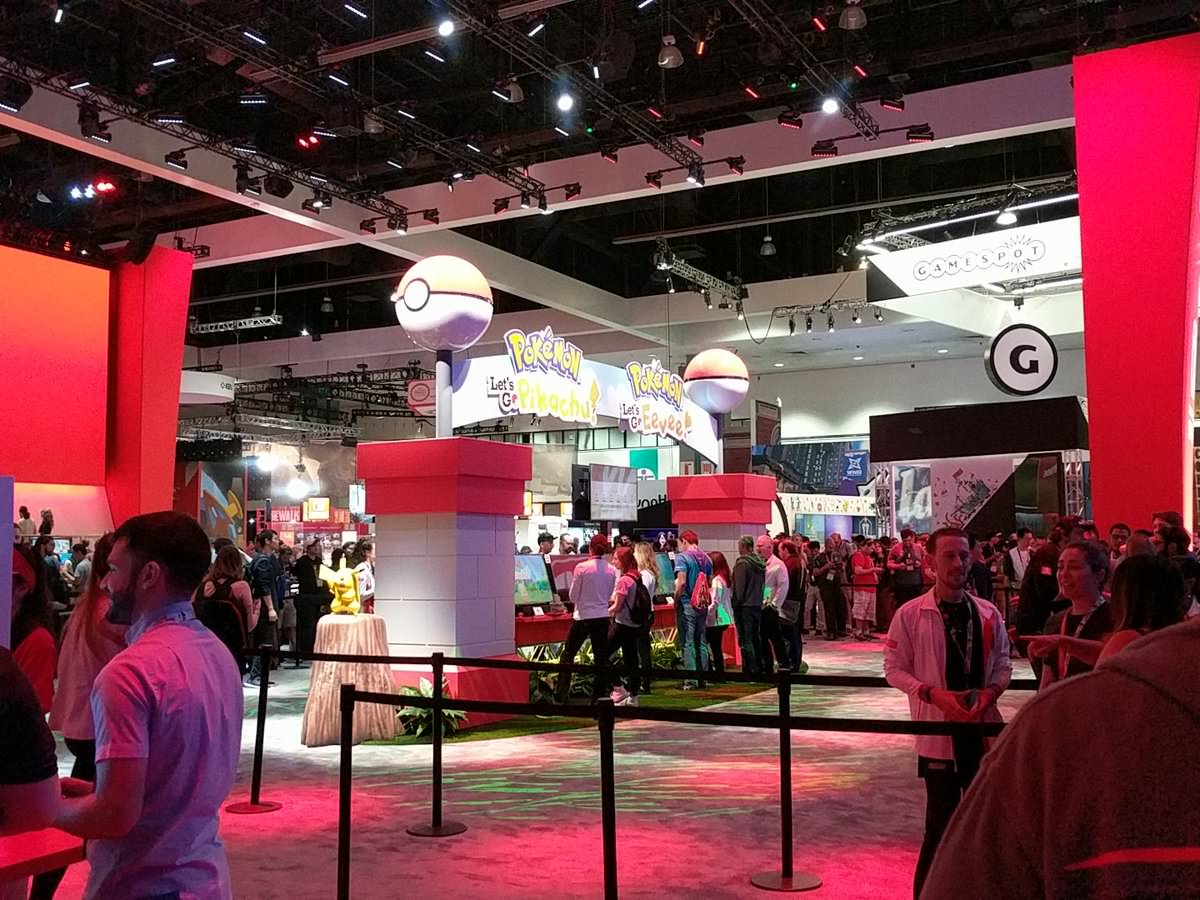 I kept going back and forth on Pokemon Let’s Go! Pikachu and Eevee. Going back to the Kanto region, in what is essentially a re-imagining of Yellow Version, seemed super exciting right off the bat. Then some more details about the titles started to come out — or, rather, details about what these games would be missing. No wild battles, no global trade network, no ranked matches online, as Carlton wrote about extensively.

We stood in line for three hours to play an eight-minute demo for Pikachu. In hindsight, that was far too long to wait for such a short demo. But, disregarding that, my short time with Pokemon Let’s Go re-kindled my excitement for the title.

The first thing I tried to do was check out the menu — and the representative at my demo station immediately hit the back button. Unfortunately, the demo was limited to catching and battling in the Viridian Forest, and I had to use the PokeBall Plus instead of a joy-con.

The PokeBall Plus was surprisingly comfortable to use, though. The white center of the PokeBall has a little joy-stick on it that can also be pressed down for the A button. The top of the PokeBall has a button for B — and that’s it. The main reason the use the PokeBall is for the catch mechanic and taking Pokemon around with you. Catching was hit or miss for me. Throwing overhand hardly ever worked, but doing an underhand toss always resulted in a perfectly accurate catch. It’s a lot like Pokemon Go in that a circle shrinks, making the zone smaller but the catch rate harder. But, just like with Pokemon Go, there’s hardly any challenge in catching Pokemon. As for taking a Pokemon around with you in the PokeBall Plus, you can transfer any Pokemon — not just Pikachu or Eevee — and the PokeBall will play their cry.

One interesting thing to note is that defeating trainers in battle will reward you with PokeBalls. I can’t remember if money was also rewarded, and of course I couldn’t leave the forest to check out the PokeMart.

Still, the game is pretty to look at and for those of us that grew up on the first generation of Pokemon, seeing the Kanto region fully come to life is undoubtedly exciting. And there’s no question that Nintendo and The Pokemon Company are pandering to the same type of nostalgia that made Go such a huge hit. It works, so can you really blame them?