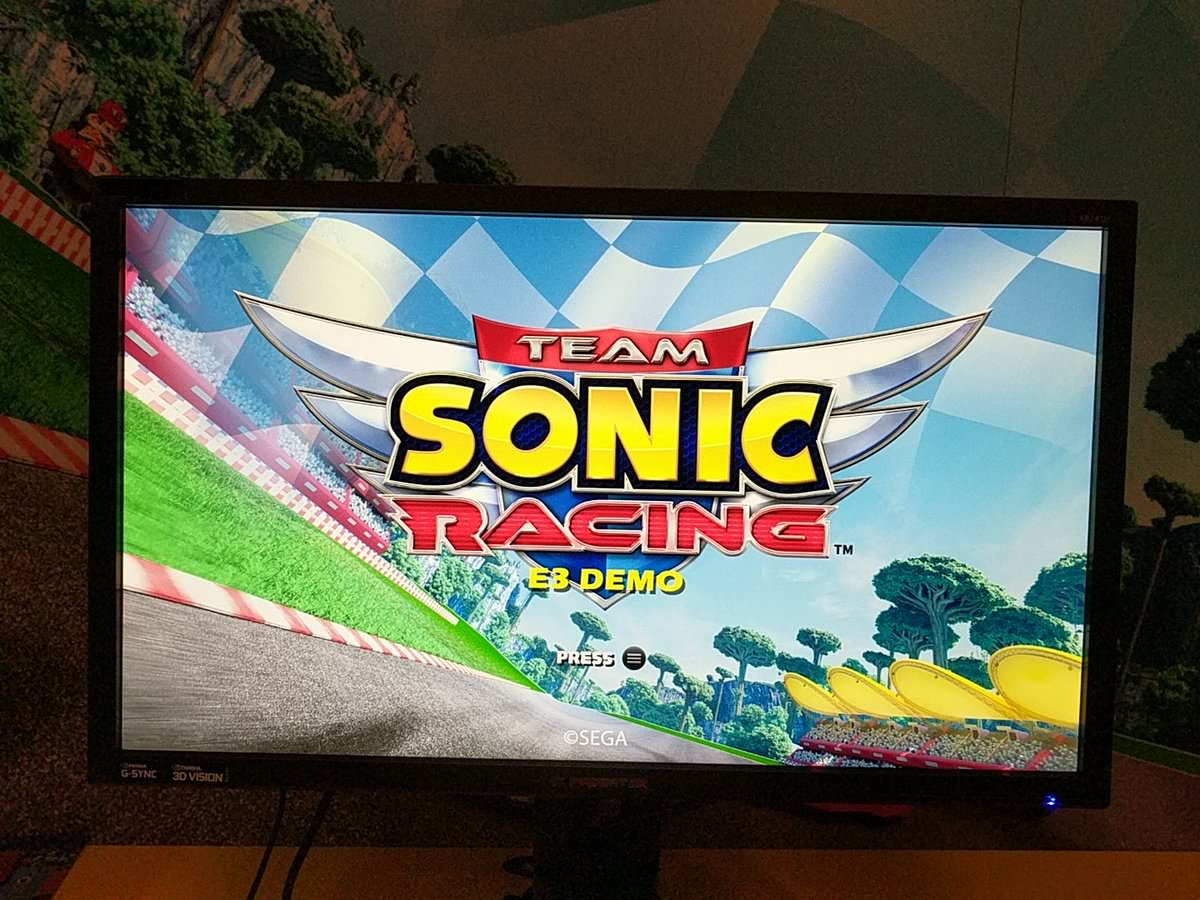 I got a Sonic-themed SEGA business card from my first E3 back in 2010 that I carry around in my wallet, so I make it a point to check out whatever Sonic game is on the show floor — whether it’s a mainline game or a spinoff. This year, SEGA brought Team Sonic Racing, and it may be a serious challenger to Mario Kart on Nintendo Switch.

The staples of a good kart racer are all present here: a varied cast of racers, items to grief opponents with, and plenty of speed boosts. The gameplay is smooth and drifting around turns is a piece of cake — once you get used to the oddity of Sonic the Hedgehog, a character known for speed, driving a car. About half of the roster was available on the show floor, including Sonic, Tails, Shadow, and Knuckles. I was able to play twice, both on the same track, once with Shadow and once with Tails. I got first place with Shadow, but Tails didn’t fare so well out there.

Team Sonic Racing is a lot of fun! #E30218 pic.twitter.com/LliHi5MDQL

What really sets Team Sonic Racing apart from other kart racers like Mario Kart is the “team” aspect. The racers are split up into several three-racer teams, and  the overall winning team is determined by how each individual racer placed. So even if you get first, your team can still lose if the other two racers place near the bottom.

Teammates can also transfer items to one another, which adds a neat little strategic moment — especially if playing online. There are so many moments in Mario Kart where I need a red shell but get a banana.