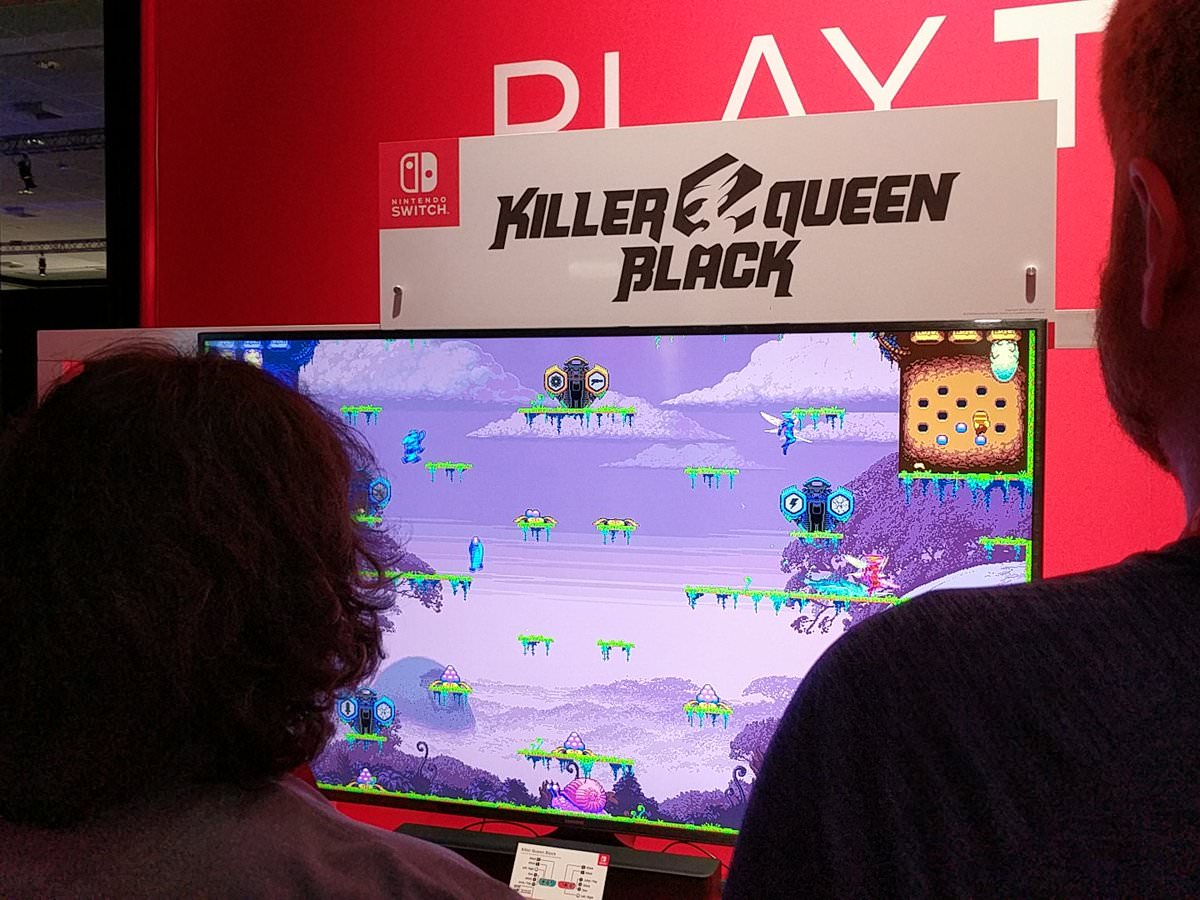 In an E3 filled with high-profile titles like the highly anticipated arrival of Fortnite on the Switch, Pokemon’s first major RPG on a home console, and Super Smash Bros. Ultimate it’s easy to understand how a port of an arcade game might fly under the radar. Killer Queen: Black is an eight-player—down from 10 on the arcade cabinets—strategy game that is making its console debut on Switch after years in arcades.

This obscure arcade cabinet has garnered a cult following since its release in 2013 and has cultivated a rich, welcoming community. Before we get into the specifics of the community I figure that you probably want to know how the game works.

The basic idea is that each team has 3 workers who collect berries to gain an economic victory, but I’ll go over win conditions later. Workers can transform into warriors by bringing a berry to a certain spot of the map. This enables you to fly and kill other players. The queen is a crucial piece in this virtual chess and is essentially a warrior with more abilities. However, being queen isn’t all it’s cracked up to be. You have to be skilled to master the queen because every warrior will be gunning for you. 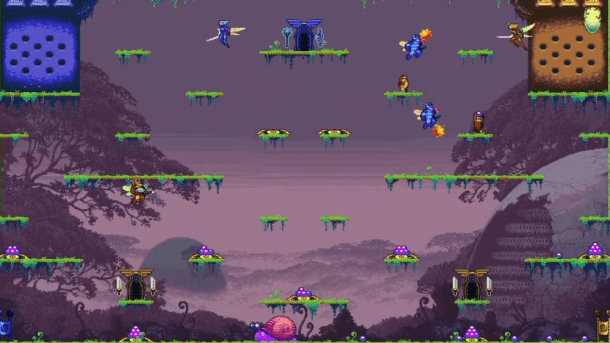 The three ways that you can obtain a victory in Killer Queen are via economic victory, military victory, or snail victory. Achieving an economic victory requires a team to fill every slot in its hive with juicy, delicious berries. The military victory is achieved by slaying the opposing team’s queen three times. The snail victory is the most fun and rewarding way to win and it is accomplished by riding the back of the snail into the goal on your side of the map. The snail begins at the middle of the map and can only be ridden by a worker. The snail victory is one of the more skillful ways to win since it requires patience, organized defending teammates, and maybe just a little bit of an oblivious opponent.

Admittedly, my skills are still in the stone age compared to other players I have seen on youtube, but Killer Queen is still an incredibly fun game to play with your friends and it fits the Switch so well. I’m one of the lucky people to live in an area that has two Killer Queen cabinets, so I spoke with the marketing manager of Up-Down arcade bars, David Hayden about the game. He talked about how their goal of, “…recreating the communal nature of arcades,” played a key role in their decision to purchase the cabinets. Hayden continued, “We love the group dynamic of it. We love the sociological aspect of ‘how will this game work in a bar?’” This game is also a perfect fit for the Switch since it puts a major emphasis on local multiplayer and it has simple enough controls to be able to just use one joy-con per player. Playing on Switch maintains that same key aspect of teamwork between a group of players locally. 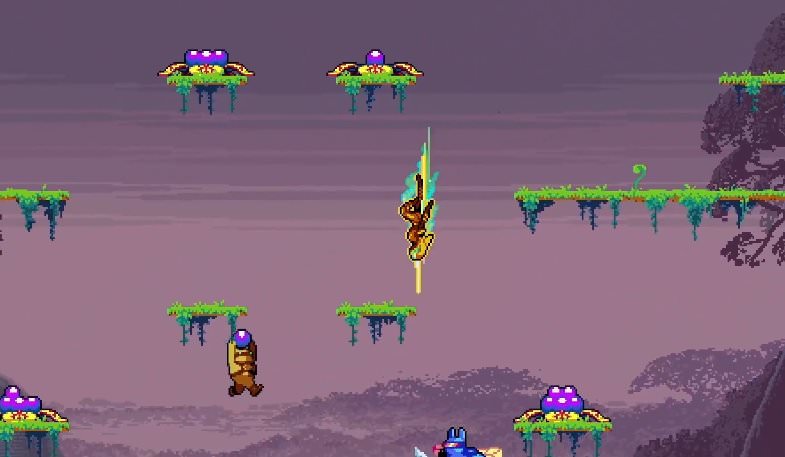 As far as the game’s popularity is concerned Hayden stated, “On a busy night Killer Queen is the most popular game at the bar.” From experience there’s typically a line to play the game, and although a spot at a stick is in high demand, the community is all about making sure that everyone gets to play. Hayden told me, “They’ve all learned that if they want to be able to get a game going on a Tuesday they’ve got to teach people who want to learn how to play on a Saturday night.” Foresight and inclusiveness are traits we don’t see all too often in competitive gaming communities these days. It’s incredibly refreshing to see a grassroots group of committed gamers who are just interested in growing their community.

If the Switch can help expose more people to this game and it’s heartwarmingly positive group of dedicated fans then this will be a dream come true. Despite there never being any kind of advertising for Killer Queen on tv, radio, etc. Nintendo saw this opportunity to bring an obscure game with a committed community to one of the fastest selling consoles of all time. However, I have some possibly unfounded fear that the Switch version may cannibalize the arcade cabinets, but Hayden remains confident in the staying power of the little cabinet that could, “I think having a console version of Killer Queen…is only going to make people want to come to the bar to play it more.” If the Switch version plays anything like the arcade cabinets then it’s a no-doubt must have for couch multiplayer with your friends. It’s also the perfect warm-up game for when you’re waiting in line to play the cabinet. If they can pull this off successfully then Killer Queen Black may become the definitive multiplayer title for the Switch. 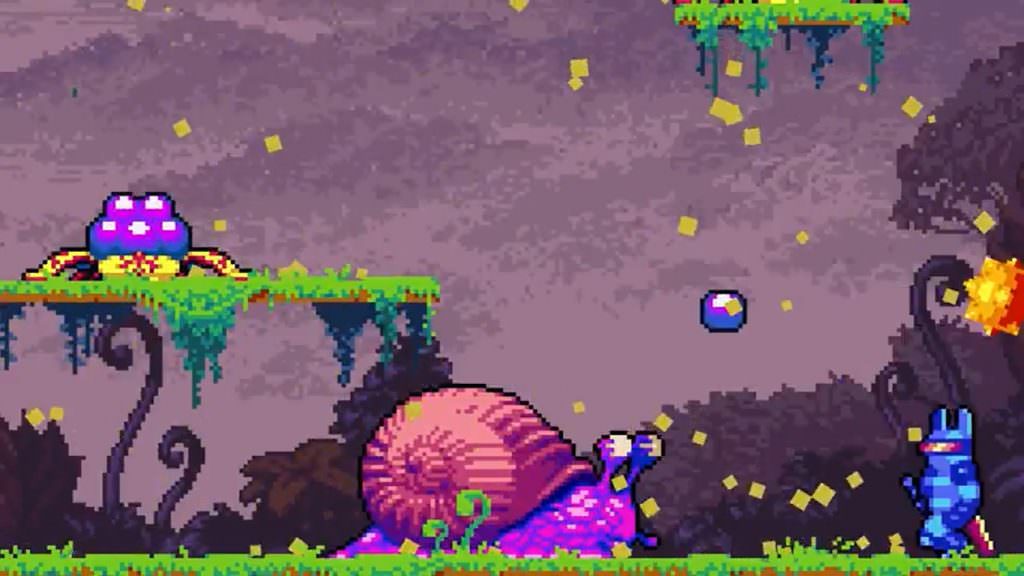 Author’s Notes: If you want to learn more about Killer Queen go to http://killerqueenarcade.com/