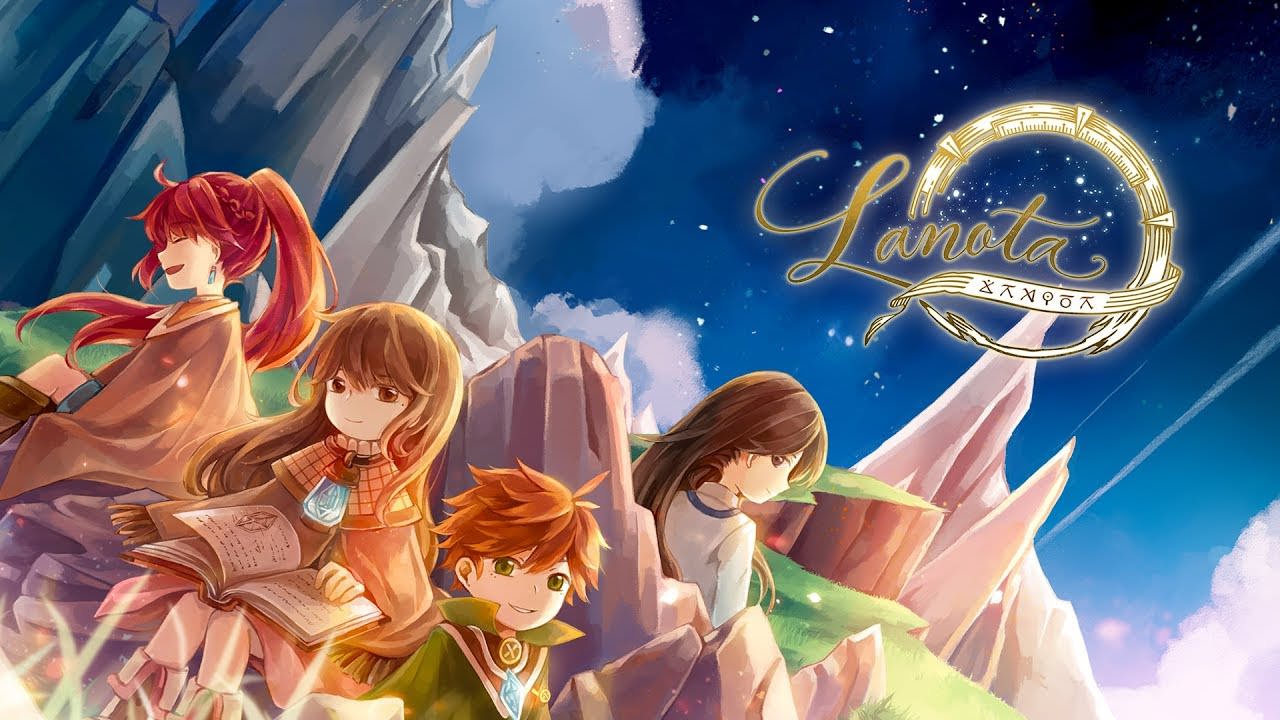 A Way to Stand Out

Released on June 14th, one could be forgiven for overlooking Lanota due to all the excitement from E3. After all, Nintendo Switch owners would be busy playing Fortnite and speculating about the latest entry to the Super Smash Bros series. Throw in the fact that Lanota is a member of the niche rhythm game genre and a port of a 2016 mobile game. Then to top it all off, most rhythm game fans are probably looking forward to Musynx. So Lanota is up against some stiff competition, but after spending some time with it, I can say I am liking what is on offer.

It might be standing in the shadow of far bigger titles and news, but Lanota does an excellent job of standing out from other games in the genre. One being the way it is played and the other being the fact that it actually has a story. The former making it feel fresh and the latter making it feel like more effort has gone into this title than you’d expect. In fact at the low price of $14.99 Lanota boasts a collection of 70+ tracks. 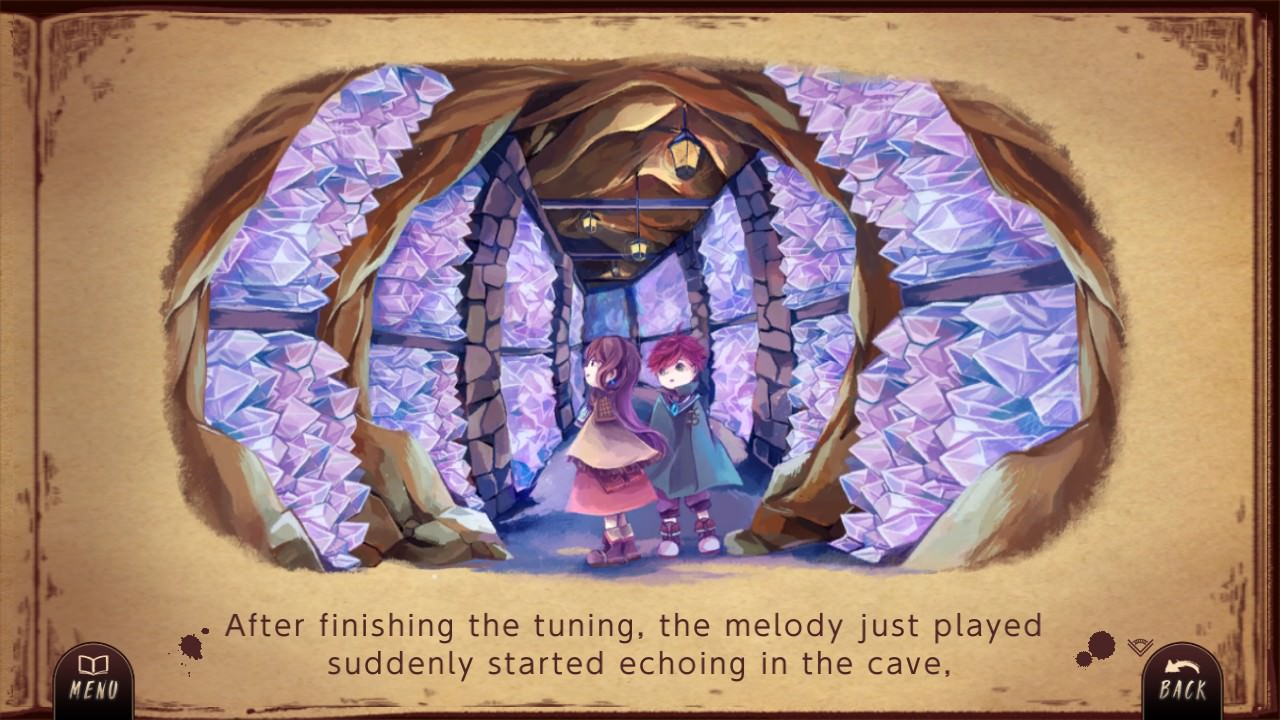 It certainly isn’t common for a rhythm game to have a story, I believe some of the Guitar Hero games had some kind of narrative, but Lanota features a story that could’ve been transplanted from the last JRPG you played coupled with some lovely little illustrations. To progress through the story is simple. When you beat a song, you unlock a new chapter that you can view whenever you please. Chapters are tied to specific songs, so you might be missing some chapters and view a story that is missing some detail.

It is a simple story. The world is black and white, lacks music and you and your companion must make your way to restore colour and sound to “Notalium.” All in all it’s a fairly standard story. It certainly isn’t anything to get excited about and feels better suited to the casual phone market. Any hardcore gamer would be familiar with the tropes if they’ve played more than 2 JRPGs’. However it isn’t intrusive at all as apart from the first 3-4 songs/chapters it is all totally optional fluff.

What makes Lanota stand out from other rhythm games and shine though is how you play. It is one of the few Switch games to make exclusive use of touch control making it only playable whilst undocked. Now the touch controls aren’t what make it unique, but the fact that you play on a 360 degree field.  Your inputs are simple; tap, hold and flick up and down. Combine these with the ‘plate’ and you have a nice twist on a classic formula. Inputs can appear anywhere, at first they may appear fairly close, but on harder tracks/difficulties they are spaced as far apart as possible and keeping track becomes a challenge, but the good kind. Another feature of the ‘plate’ is that is will spin as you play. Making things even more hectic, in fact sometimes it darts around quite erratically. 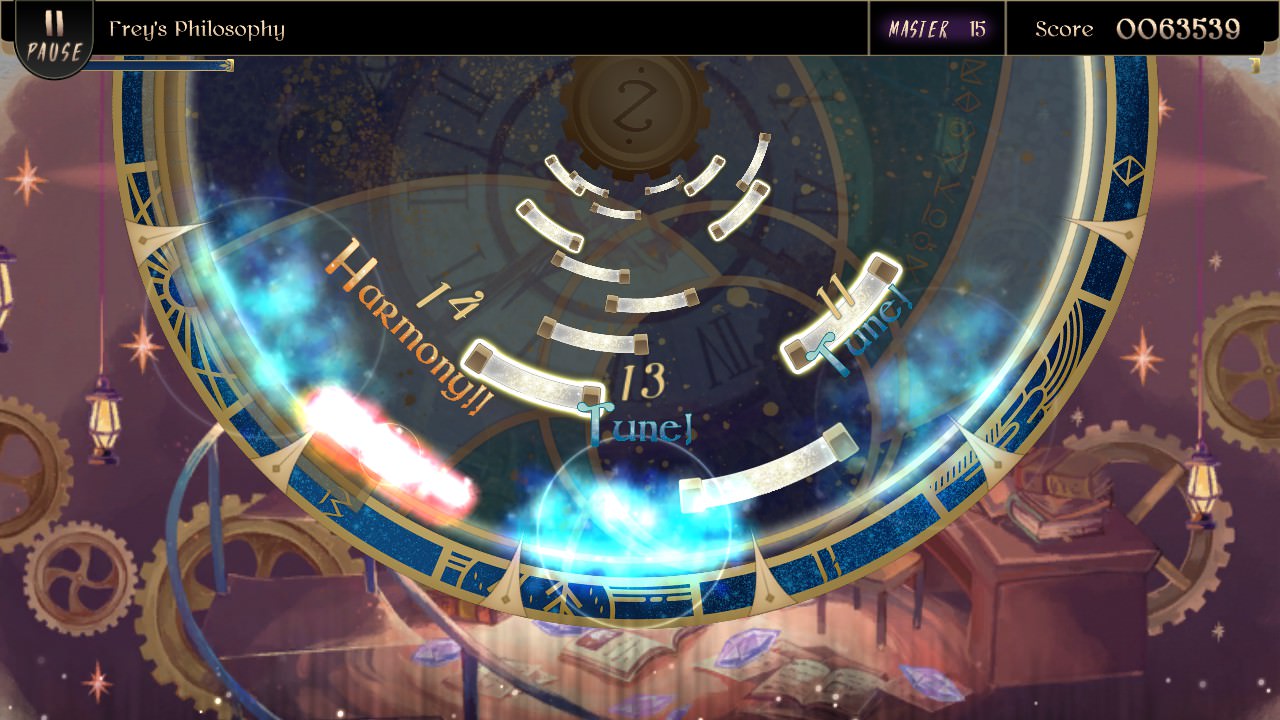 The gameplay in Lanota is awesome and tapping the inputs on one side and tracing the hold notes on the other feels natural and satisfying. With limited amount of inputs the difficulty is maintained thanks to the 360 degree field and for the most art every aspect of the gameplay works great. There is however one little part that annoys me and that is the times the ‘plate’ can move quite erratically and is unpredictable. It doesn’t happen often and once a track is memorized it becomes a small issue, but if you forget sometimes it feels cheap to lose your combo due to something that is unpredictable.

Of course good gameplay is only half of the story. The other and equally important half is the selection of music. As I already mentioned Lanota features a massive 70+ songs to choose from. It certainly is an awesome amount on offer for a game that is only $14.99. In terms of the music on offer Lanota offers a wide variety of genres. It does seems to have a lot of tracks that wouldn’t seem out of place in a JRPG though, which is no surprise as it certainly aims for that kind of experience through the story and UI. A lot of these tracks do have a distinct fantasy feel to them. There is of course a selection of rock, electronic, dance and others to choose from. Like any good rhythm game there’ll be some you love and some you may be turned off by. Some dubstep sounding songs I only played once, but others I have had stuff in my head for days. 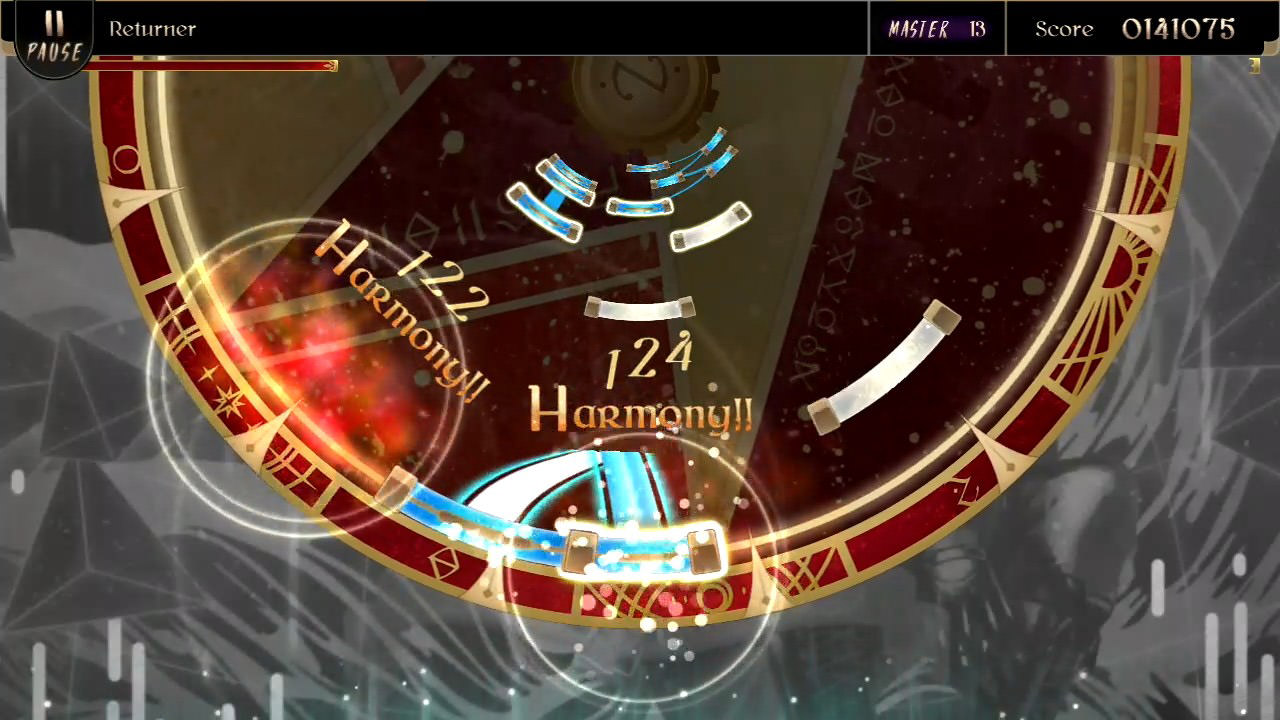 It is no wonder that Lanota managed to get some awards under its belt as it strives to offer everything a rhythm game fan would want and some things they might not expect (the story). It offers four different difficulties. I’ve been playing on the difficulty just under the hardest and can say at the moment it offers a reasonable challenge, but isn’t too chaotic. Two types of modes to play “tune” and “purify.” Tune will let you play the entire song no matter what and purify will end your playtime if you make too many mistakes. A stats menu you to list your total score and  how many of each rank you’ve achieved. A gallery to look through the illustrations you’ve brought colour back to. It really is amazing how much it offers even if some of the extras are quite throwaway.

Also it is worth nothing that the mobile version is free, but has ads and you do have to pay for more songs. So if you want to try a free demo, check out that version. I am not 100% how much all the content costs on mobile, but from my brief research the Switch version is cheaper compared to buying all the DLC at time of release on mobile.

Disclaimer: A review code for Lanota was provided by Circle-Entertainment.

Lanota is an excellent rhythm game to put it simply. It is a total bargain, a must buy for those familiar with the genre and a good place to start for those who might not want to spend money on the ore expensive titles like Superbeat Xonic and Musynx. An erratic playfield in very isolated cases doesn't do it favours. A lack of online leaderboards is a shame, but not a major flaw. All in all I am struggling to find any real problems with the game. Do yourself a favour get a pair of headphones and sit down to some Lanota -- it is a game worth playing.