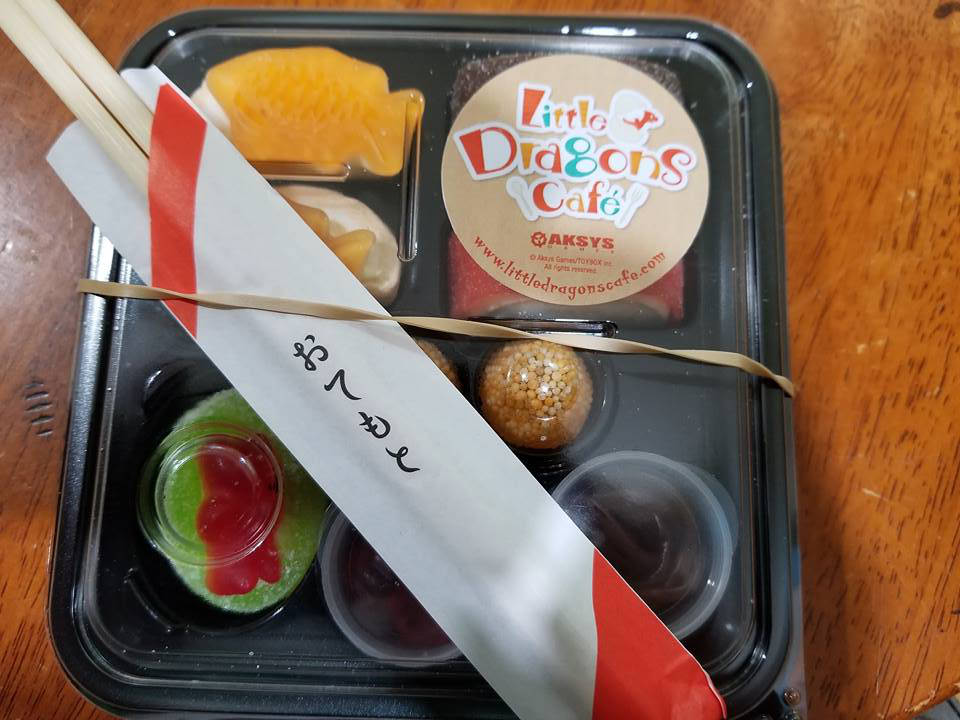 Aksys Games, the developers of the Harvest Moon series, are already hard at work on their next project: Little Dragon’s Café for the Nintendo Switch. The game will be more of a casual adventure where players will cook delicious food while also raising an adorable little dragon they hatch from a mysterious egg.

Aksys Games was kind enough to send us an E3 package for the game with a few interesting collectibles that hint at what we can expect from the full release. For starters, there was a small food sample for the upcoming release. We assume that this is the type of food that players will make when the game releases. Second was an apron with the Little Dragon’s Café logo on it. The next time we cook anything, we’ll be sure to livestream it while wearing that apron. 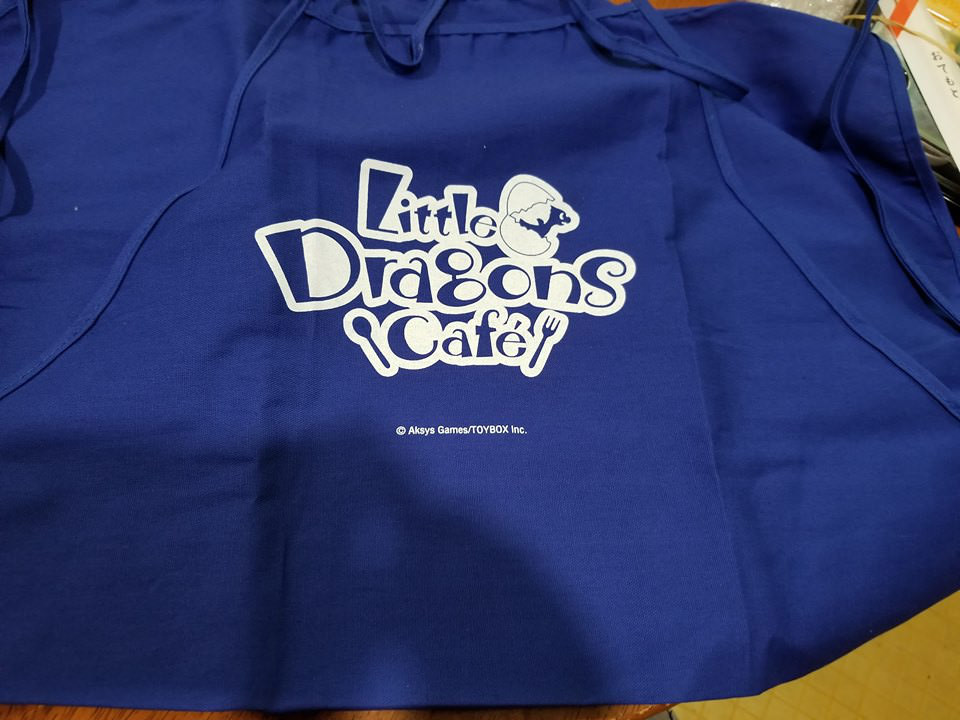 The last thing Aksys Games sent us was a presskit with tons of information about their upcoming releases on it. An info sheet with full details on Little Dragon’s Café was sent, including plot and gameplay details. The text can be read below:

The story of Little Dragons Café opens with a twin brother and sister learning to cook and manage a small café under their mother’s tutelage. All was peaceful and routine until one morning when the twins discover that their mother has fallen into a deep sleep and won’t wake up. Suddenly, a strange old man appears to inform them that they must raise a dragon in order to save her. Working together with three quirky café employees, the two siblings must figure out how to a wrangle a dragon and manage the family business while finding a way to save their mother.

• Dragon Husbandry – Embrace your parental instincts and raise your very own dragon! Through wise decisions, proper nutrition, and empathetic nurturing show the world the true potential of your dragon companion!

• Culinary Capitalism – Learn new recipes and master the art of cooking while running your very own café. Explore the world, discover new ingredients, and expand your menu (and your restaurant) while catering to the whims of your customers.

• Grow Your Own – The tastiest dishes use the freshest ingredients, and the best way to insure that is to grow your own produce. Till the land and fish the rivers to gather the most flavorful fixings for your signature dishes.

• Serve the People – Feeding is nurturing, so you not only cook for your neighbors, but also help them with their problems to increase your popularity and the general happiness of everyone around you.

The press kit also confirmed that Little Dragon’s Café will be releasing on August 24, 2018. The standard edition will retail for $59.99 while the limited edition with the dragon plush and special cards will retail for $79.99. We’ll post about the game as we get closer to release.

We were also given information about a few other releases Aksys has in the pipeline (including one already released), though none of them for the Nintendo Switch:

7’sCarlet: “A beautifully interwoven story of suspense, romance, and mystery. Take on the role of a brave young woman journeying into the unknown to uncover dangerous truths and locate her missing brother.” Released May 25, 2018 on the PS Vita.

Jake Hunter Detective Story: Ghost of the Dusk:  This all-new story begins with the accidental death of a homeless man in a mysterious mansion. Despite the crime scene appearing relatively normal, Jake can’t shake the feeling that something isn’t right. Will release Fall 2018 on the Nintendo 3DS.

Psychadelica of the Ashen Hawk: a suspense-filled tale of a young woman who was born with an eye that gleams with a scarlet light. In order to avoid being cast out, she masquerades as a young boy and lives in a derelict tower on the outskirts of town. Will release June 29, 2018 on the PS Vita.