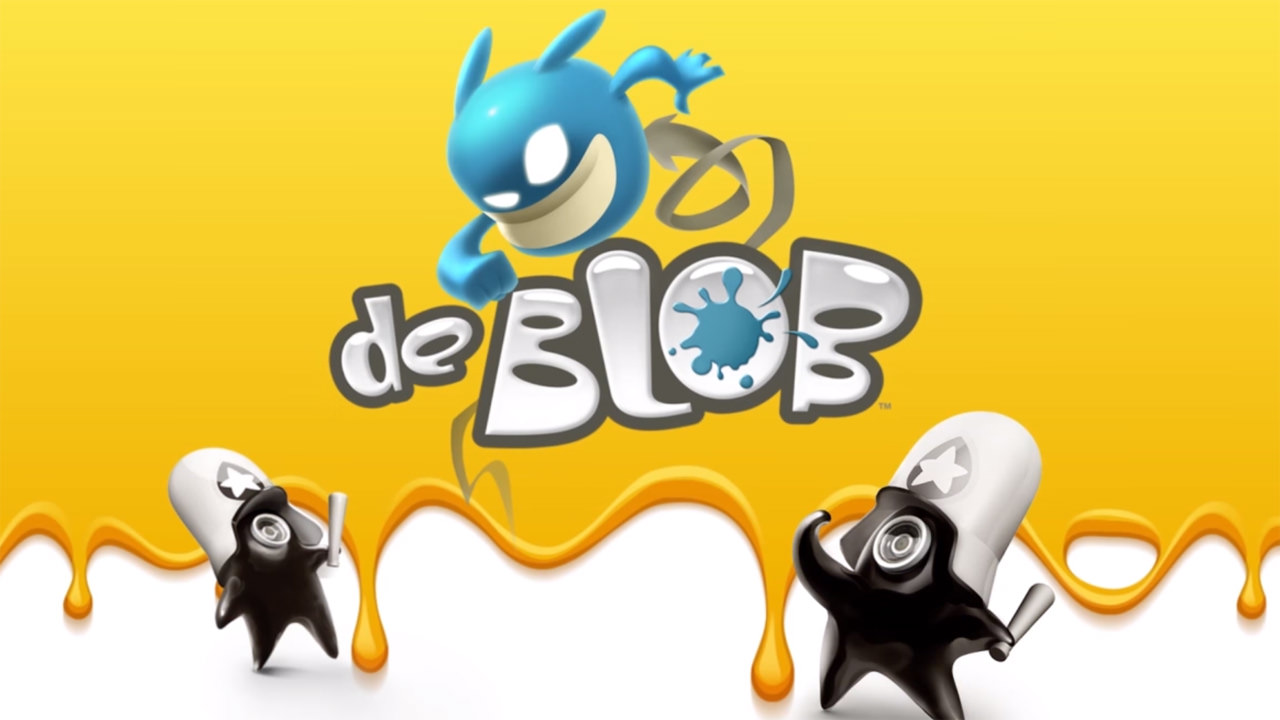 When released 10 years ago for the Wii, De Blob stood out as an original third party title that made creative use of the consoles hardware and controls. The colourful platformer is bouncing back on the Switch with a rerelease that has a new lick of paint, enough to give it relevance alongside modern games.

De Blob’s focus is to explore and liberate an alien city from the evil INKT Corporation that has taken over the city, outlawing all colour. Playing as the titular de Blob, players embark on a quest to re-animate Chroma City and free it from INKT Corporation by jumping around streets and bumping into townspeople in order to bring colour back to the world. Painting with a blank canvas is fun in itself, without having any aims or goals, but there are missions and tasks to complete in each level handed to you by a cute cast of characters. The original concept was originally designed by a group of Danish University students and the art design has a distinctly European feel in the way characters talk and act, kind of like Ubisoft’s Rabbids if they weren’t created specifically to irritate. 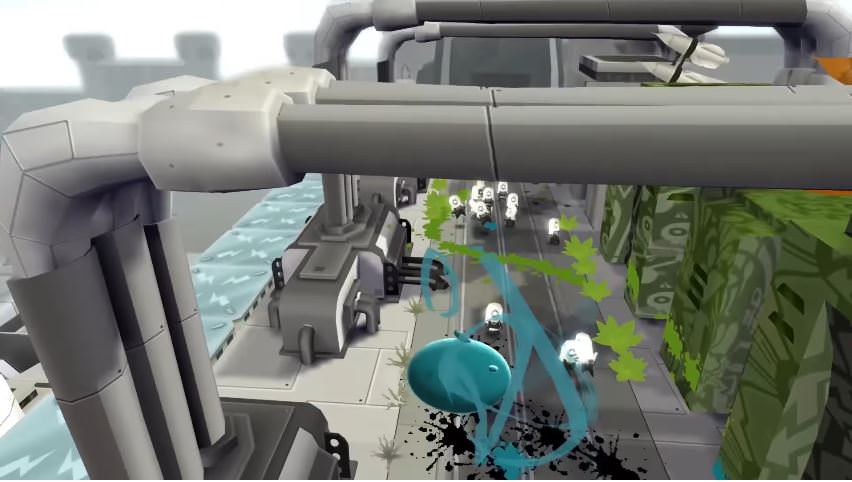 To proceed through levels you mix up the primary colours spread around the level and paint buildings and attack enemies with a Sonic Adventure style targeting attack. The feeling of bouncing around levels is really satisfying and without motion controls of the original it feels solid. At first you can get quite a bit of frustration with the jump mechanic, but you soon realise the more paint you pick up the slower your character gets. When you jump into water to cleanse your palette, movement becomes more agile and freeing. The level of momentum you have when dashing and jumping around feels just about right, only slightly buggy at times when trying out more complex manoeuvres. The main break up in gameplay is from when new tasks open up, showing a mini cutscene of your next target. These are skippable, but still a little reminder of the era this game was borne from.

A Port with some Polish

Graphically the game has aged quite well, owing a lot to the unique art style being revamped in HD. De Blob doesn’t look out of place among a selection of modern titles and has a nice solid framerate that looks like it’s reaching 60 FPS Docked and locked at 30 FPS in portable mode. The multiplayer mode supports 4 players and this is where frame rates occasionally get a little bogged down but it’s not game breaking. There’s a lot of pop in for some of the background and non-essential artefacts, but I’d put that down to the game engine itself. 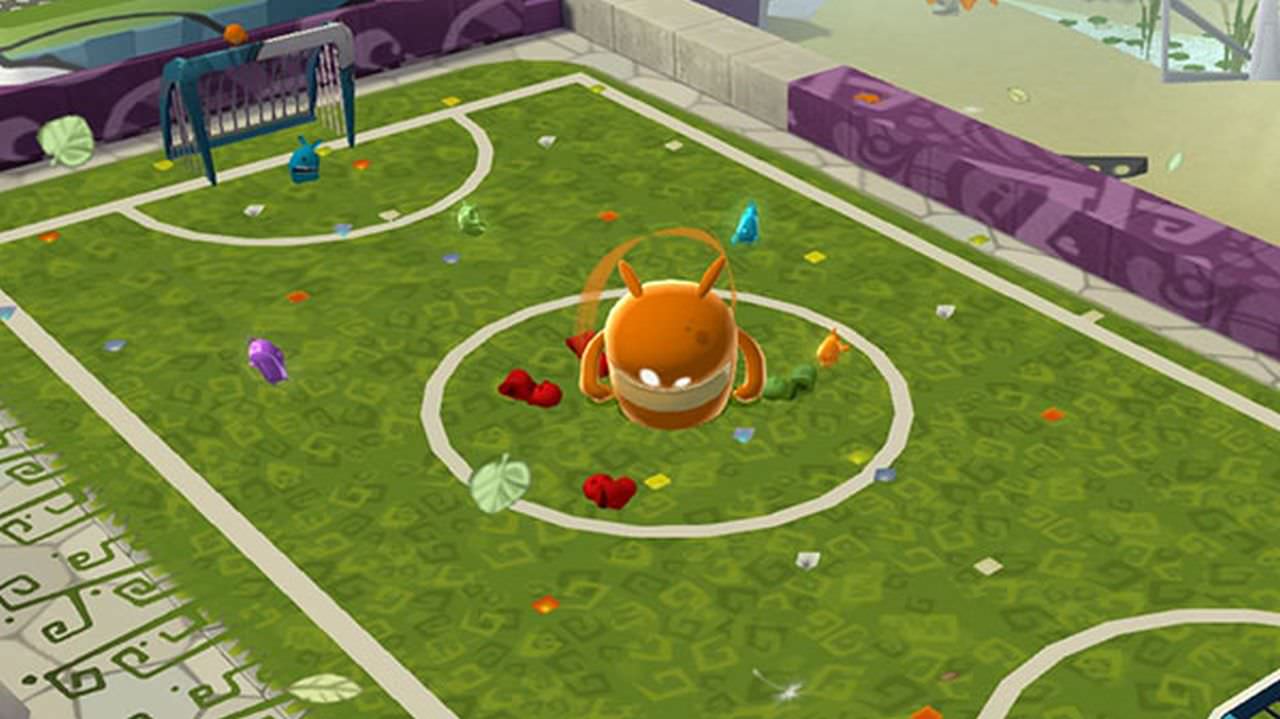 The game progresses by completing the many puzzle elements related to painting the environment, freeing the citizens or reclaiming stolen bases. The challenges are fairly simple but there’s a lot to do for completionists. Musically this game shines as the soundtrack can be chopped and changed per level, singers and notes dropping throughout the level as you interact the world. It sounds like it would get irritating quickly like musical interactivity does in so many games, but De Blob has a fantastic OST that never gets tiring.

Disclaimer: A review code for De Blob was provided by THQ Nordic.

De Blob is a great port of what was once one of the Wii’s best third party titles, and is worth picking up if you’re looking for a simple platformer that’s fun to drop into for a while, splattering paint onto a blank world. It's not a perfect game but it's a step up in playability from the Wii original, which might be enough for new players to give this one a shot.