by Pete on July 2nd, 2018 in Nintendo Switch Reviews 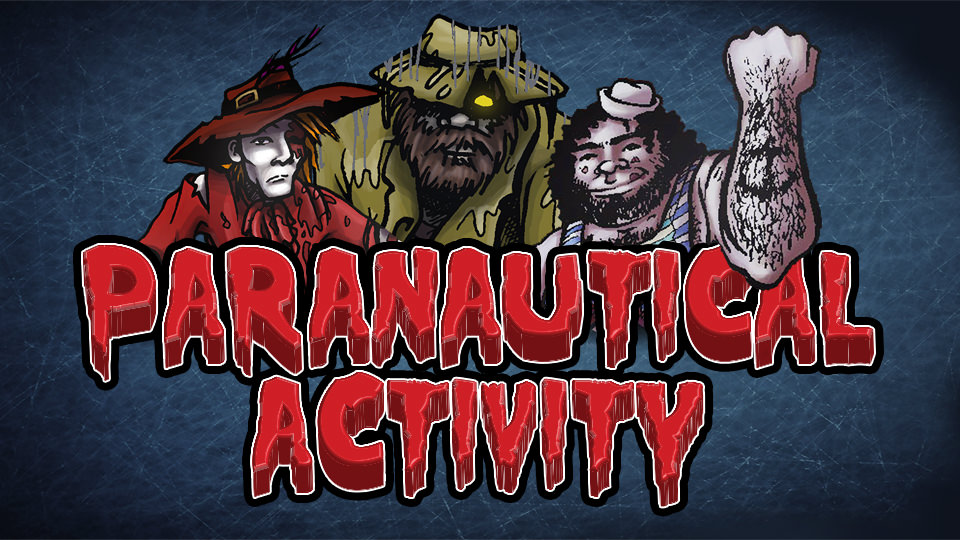 First Person Shooters with Roguelike elements have a lot of potential to be great lasting experiences, with Tower of Guns and dungeon crawler Ziggurat proving that a randomly generated shooter can work, but Paranautical Activity falls at the first hurdle by highlighting all the worst elements of the both genres.

Paranautical Activity received some press a few years back because Valve initially refused to allow it on Steam Greenlight while the developer was in talks with another publisher and pulled it completely after lead developer Mike Maulbeck threatened Gabe Newell on social media. Only after being sold off to a different studio called Digirati, was it able to return as a ‘Deluxe Atonement’ edition to make up for the drama the game caused. The game barely deserves that much press, as it’s an incoherent mess of a shooter that does little other than riff on older, funner games like Quake and Doom. If Digirati are responsible for this Switch port, they should be ashamed that this version is even more flawed than the initial release over 4 years ago. 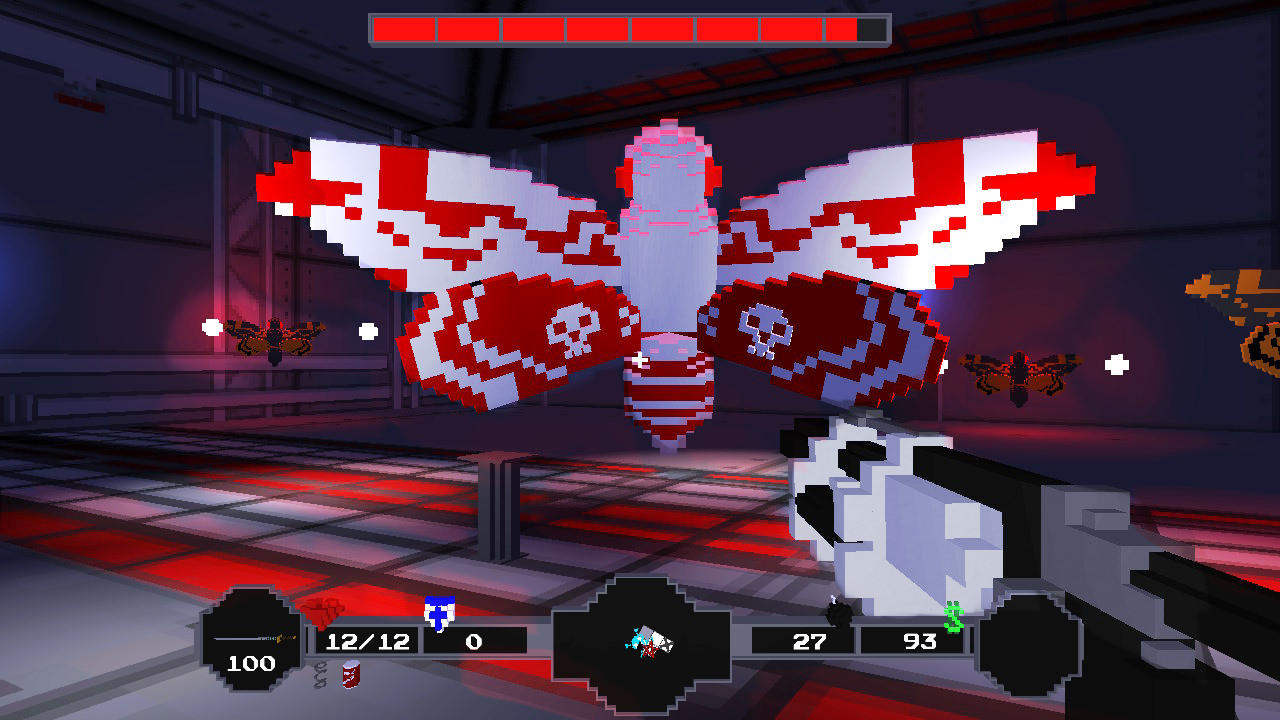 A whirlpool of bad design

There’s flaws everywhere in Paranautical Activity, from it’s clunky gameplay, ear splitting music down to some bizarre artistic choices. The game offers you four starting classes including the nimble Bowgun slinging ‘David Bowie’ to slower and overpowered characters like ‘The Tank’. You don’t see your character at all, but the choice can severely impact gameplay.  You start off in a dank room and proceed to walk through a series of other grey rooms with random geometry placed around and a set of enemies. To progress, kill all the enemies and keep moving. Occasionally these enemies are so well hidden in the drab grey rooms it takes a while to even figure out what they are. Is it a ghost or something? Are my bullets actually hitting it? It’s hard to tell when anything connects.

The RNG doesn’t appear to be forgiving to slower classes as faster enemies will just rush you immediately, killing you immediately. There are items in the first couple levels that actually make you slower, rendering one class completely useless to play the game as. Roguelikes are supposed to be a fresh challenge even if you’re playing a different class you’re not used to, but this just feels unbalanced.  The music playing from the title screen plays straight into the game, a loop of dated dubstep and drum and bass tracks lifted straight from the Unity soundbank. It’s generic and mindless enough to ignore, but the fact that it just plays even if you die and restart without a break feels cheap for some reason. 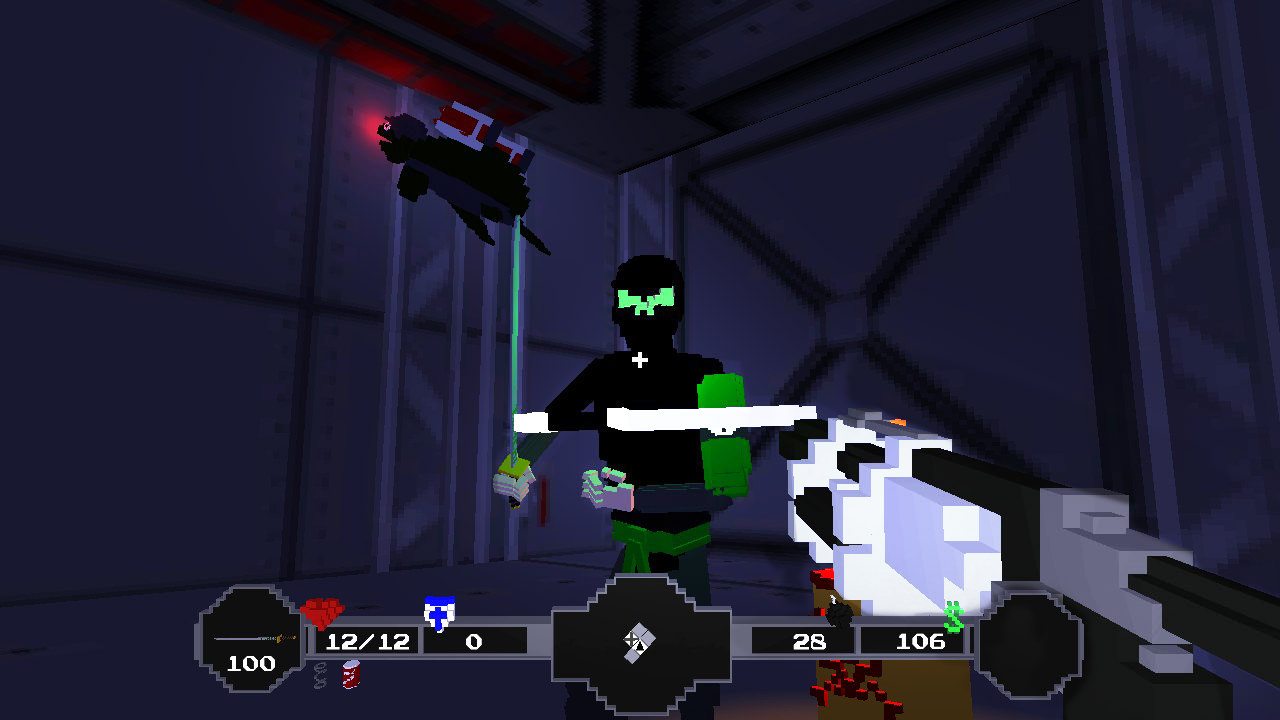 Worse than in previous generations

Loading times are present every time a room loads. Sometimes for barely a second, sometimes even less, but every good roguelike finds a way to hide their loading times somewhere. Even on startup there’s a considerable wait, but to have to wait for the game to load every single time you enter a new area is a painful distraction from the flow of gameplay. I had wondered how this game had even gotten approved on Steam with such a hinderance, but to my surprise this problem is not present in the PC version at all. In fact, it’s not even that big an issue on the Wii U version which was released a couple years back. It’s a lazy port for a lazy game. 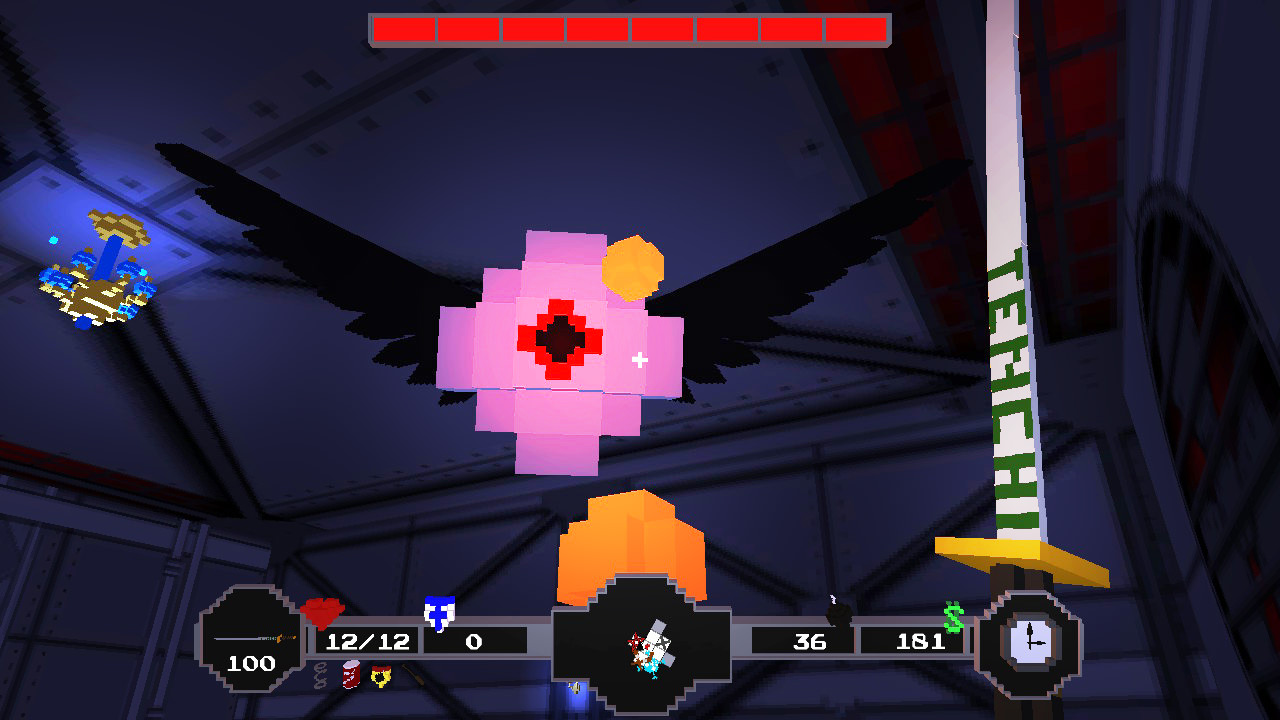 There are definitely questions to be raised about the nautical theme of the game. Past the ugly cover art on the title screen, the voxel art style is not altogether horrible but the locations are so dull that it makes it feel like it’s trapped underwater. When I think of voxels I think of colour and blue skies and seas. Is this game supposed to be taking place in the sunken hull of a ship, fighting sharks and whales? Because other than occasionally seeing something that vaguely resembles a sea creature, I don’t know what the theme has to do with any part of this game.

Disclaimer: A review code for Paranautical Activity was provided by Digerati.

If it was a high quality port of a substandard game I might be a little more inclined to like Paranautical Activity as a simple shooter but it's clear that it is nothing more than shovelware. Considering this is a step down from the Wii U version and the PC original, it's kind of a slap in the face to newcomers and familiar players who want to try it out on Switch.