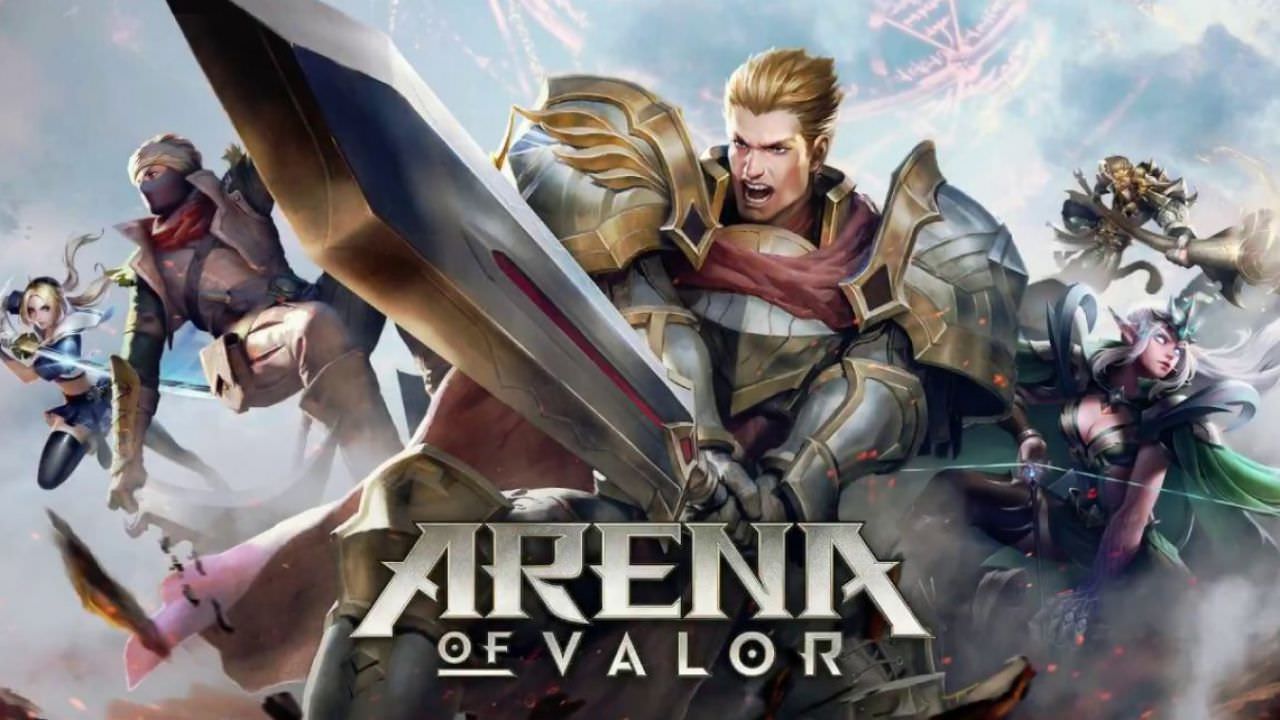 Recently I had the chance to partake in a closed beta of the most downloaded game ever to be released. For the majority of people (including myself) when you hear “most downloaded” you’d think of Fortnite. I know I did, but you may be shocked to find out that Arena of Valor is actually top dog. Reportedly hitting a massive 80 million active users daily and 200 million active users in a month.

This huge success but also lack of spotlight for a game so big is due to the fact that Arena of Valor is absolutely massive in China and played on iOS. In fact it was only two years after its release in China that it finally made it to EU/US phones. Now this MOBA has its eyes set on the Nintendo Switch in a bid to extend its reach, but does it transition well?

Arena of Valor is a 5v5 MOBA. In the west most of us would be familiar with the name League of Legends. Players pick a hero, are placed in a map and then have to beat their opponents. The map is symmetrical and features three lanes, each lane has a number of defense towers that must be destroyed. Once these are destroyed the path is safe and you are free to try and destroy your enemies base and secure victory. 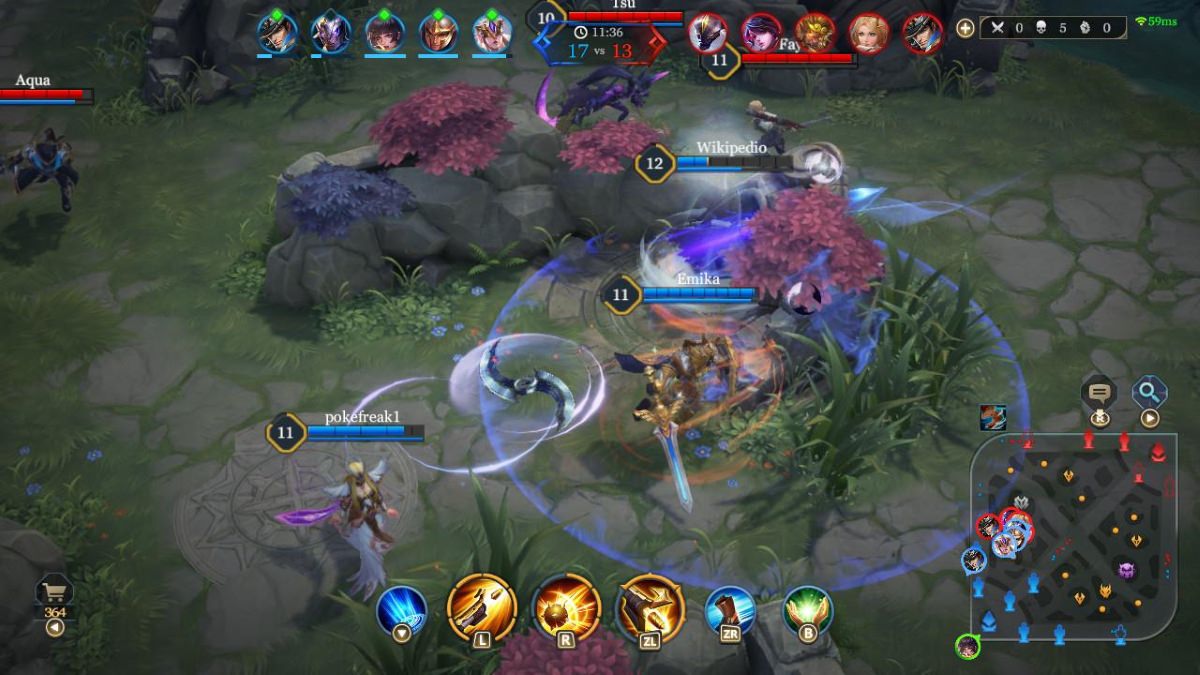 That for the most part is what the game is all about. It really is simple and at first feels very basic and lacking in depth, but as I dabbled with different heroes and players seemingly got better the strategy and depth became clear.

The game boasts 34 heroes and even though these only have access to a small movepool of their basic attack and then three special attacks they vary greatly. Tanks, warriors, mages. support and more are the roles each hero plays. I found myself using “Violet” the marksman character, but wanting to try a warrior I found myself ill prepared for the task of focusing on melee fighting.

Heroes will level up and you choose which special attack to upgrade. You will also acquire money which can be spent on in match upgrades. There is a lot to take in, but it is all streamlined to cater to those who don’t want put too much thought into and an auto buy feature is enabled. To mix things up between the lanes of play there are monsters that can be slayed. Defeat these to get experience points and gold which might just give you the advantage needed to best your foes.

The team has also seemed to put in a good bit of effort to allow communication in and outside of the matches. You have a preset messages to take use of and also can type out a message, place markers on the map and a few other details which are integral to the game. Outside of the game you also have the option to send posts to friends and other players. 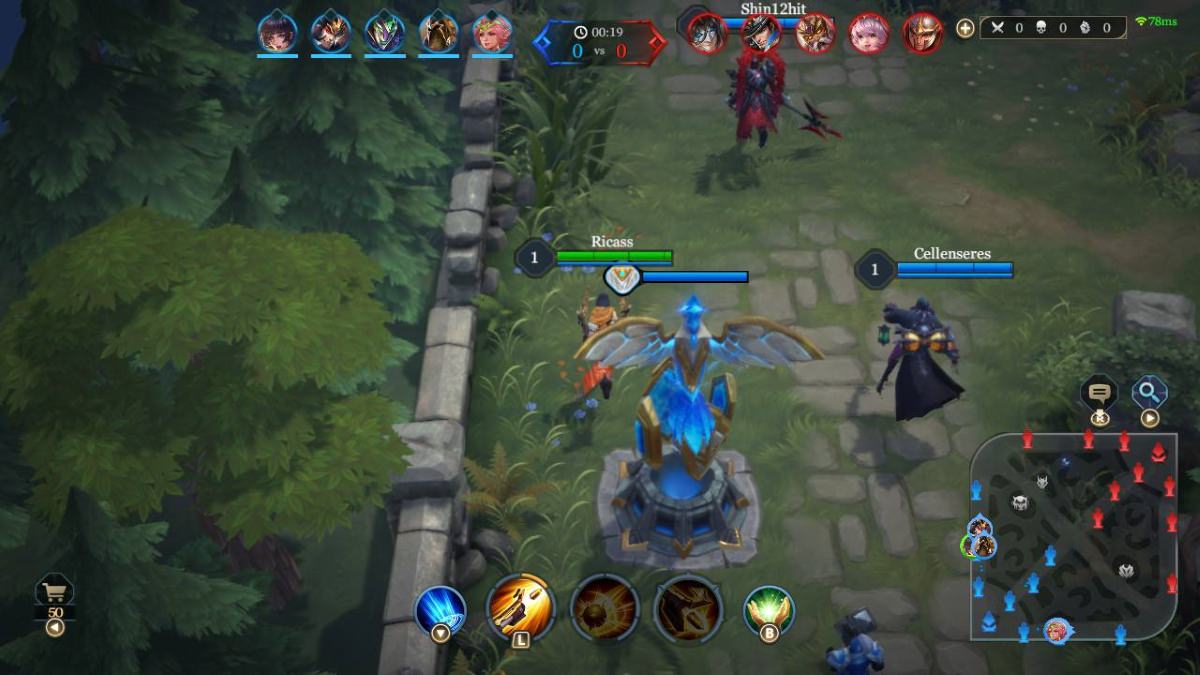 One aspect I felt to be a bit strict, but later was fond of was their stance against AFK players. There is a penalty for leaving your team to face off against 5 people. A lot of games become boring if at a clear disadvantage, but a MOBA is one that really becomes boring if it becomes 5v4.

Finally I’ll comment on how it plays on the Switch. Being a mobile game, Arena of Valor is played with touch controls, but I spent the majority of my time using the Pro Controller. I have to say it all works perfectly well. In fact it worked so well that I couldn’t imagine ever playing it with the touch controls, but the option is there for anyone who wants to give it a go.

Given the fact that this was a closed beta I don’t want to go to in to details about certain aspects of the game that could be tweaked. There were some minor issues with matchmaking. It kept auto inviting people I played with, but for the most part I had an excellent time with Arena of Valor. There still is no solid release date and is simply listed as autumn 2018, but I’d suggest you give it a go. After all it is free, so no reason not to give to a look.

Disclaimer: This closed beta invite was provided by Tinsley PR.