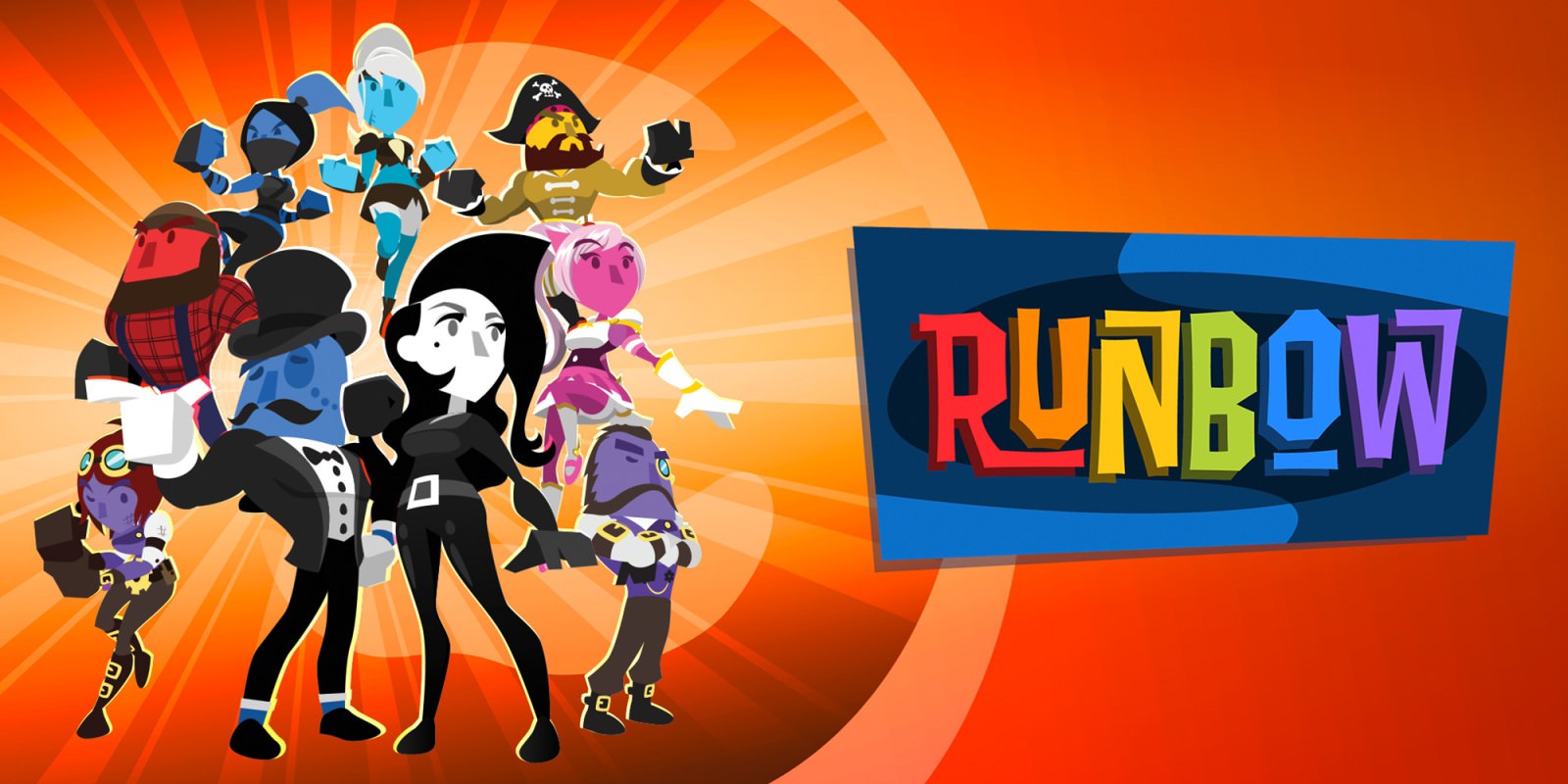 The death of couch co-op has been warded off for a few years now by a few indie developers who just won’t let the living room experience die. Developer 13AM Games has done well to make Runbow a title that’s better to pick up and play with your friends rather than settling for online.

At the core Runbow is a platformer where you race others to get to the trophy at the end of the level. It’s a simple but addictive concept that works wonders in multiplayer as chaos starts to blast off across the screen. I convinced my picky girlfriend to play it with me and even though she hates challenging games she still said it’s hard but still really enjoyable to play. When you say it out loud, a platforming game that’s also a racer doesn’t instantly sound that appealing. Thinking about racing games I conjure up images of F-Zero and Mario Kart, not running around like a headless chicken.  But could platform-racing games be the hottest new genre? 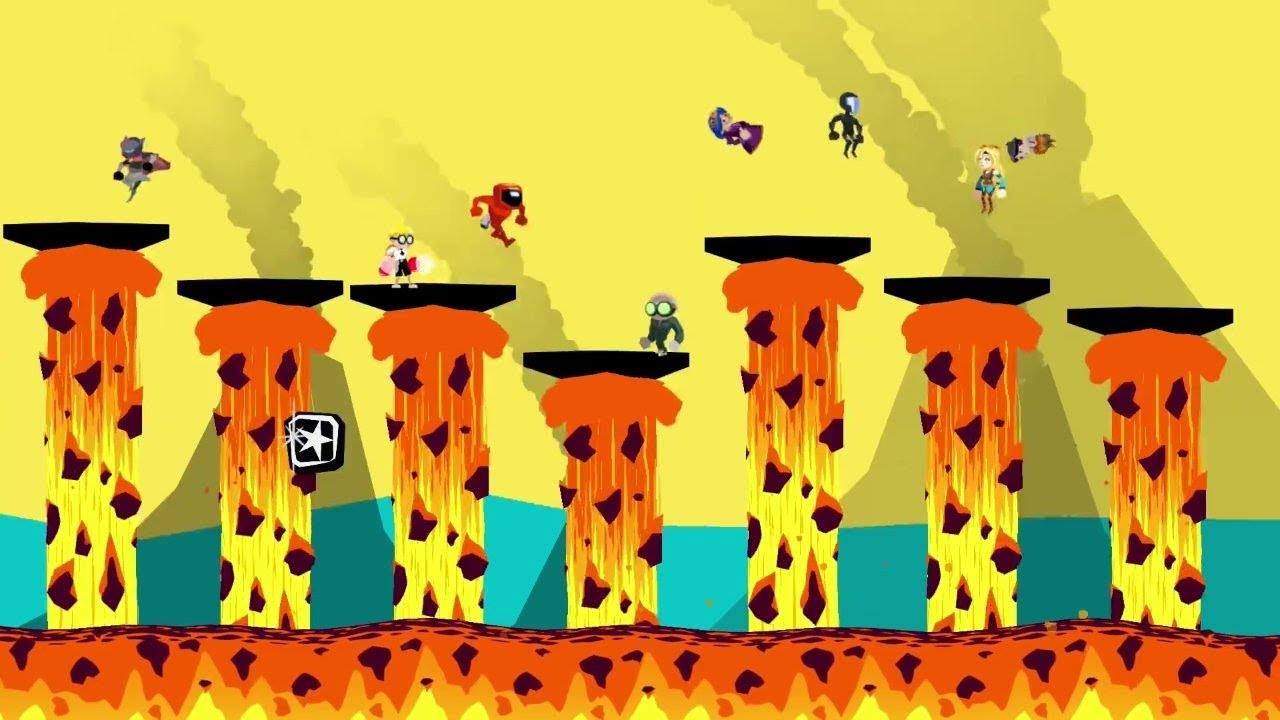 A racing game on foot and in 2D works surprisingly well when you’re punching and kicking your rivals in an attempt to prevent them getting to the goal. The original game on Wii U had the capacity for 9 player couch co-op thanks to the endless string of Wiimotes lying around people’s houses and although that’s been downgraded to 8 players here in the switch version, it’s no real loss. There’s about 6 different modes in all, some offering a more coherent adventure experience and others a quick game jam like King of the Hill or Arena battles.

The big bad of them all is the Bowhemoth, a dungeon style mode where you dive into the depths of a whale’s stomach to conquer levels of excruciating difficulty. It doesn’t save any progress and insults you mercilessly when you die 50 or so times trying to pass the first level. The losses you might incur in multiplayer might be so quick that you don’t even have time to get stressed out, within seconds you’re back to racing on a fresh level, trying to win.

Taking chances on every jump

I was reminded of Super Meat Boy’s tough as nails platforming gameplay in terms of the game’s learning curve, but where the controls in that game rely on precision and timing, Runbow is all about making it to the next platform by the skin of your teeth. There’s not many gaps in the gameplay where you can wait and take a breath, most likely you’re going to keep going until you die. 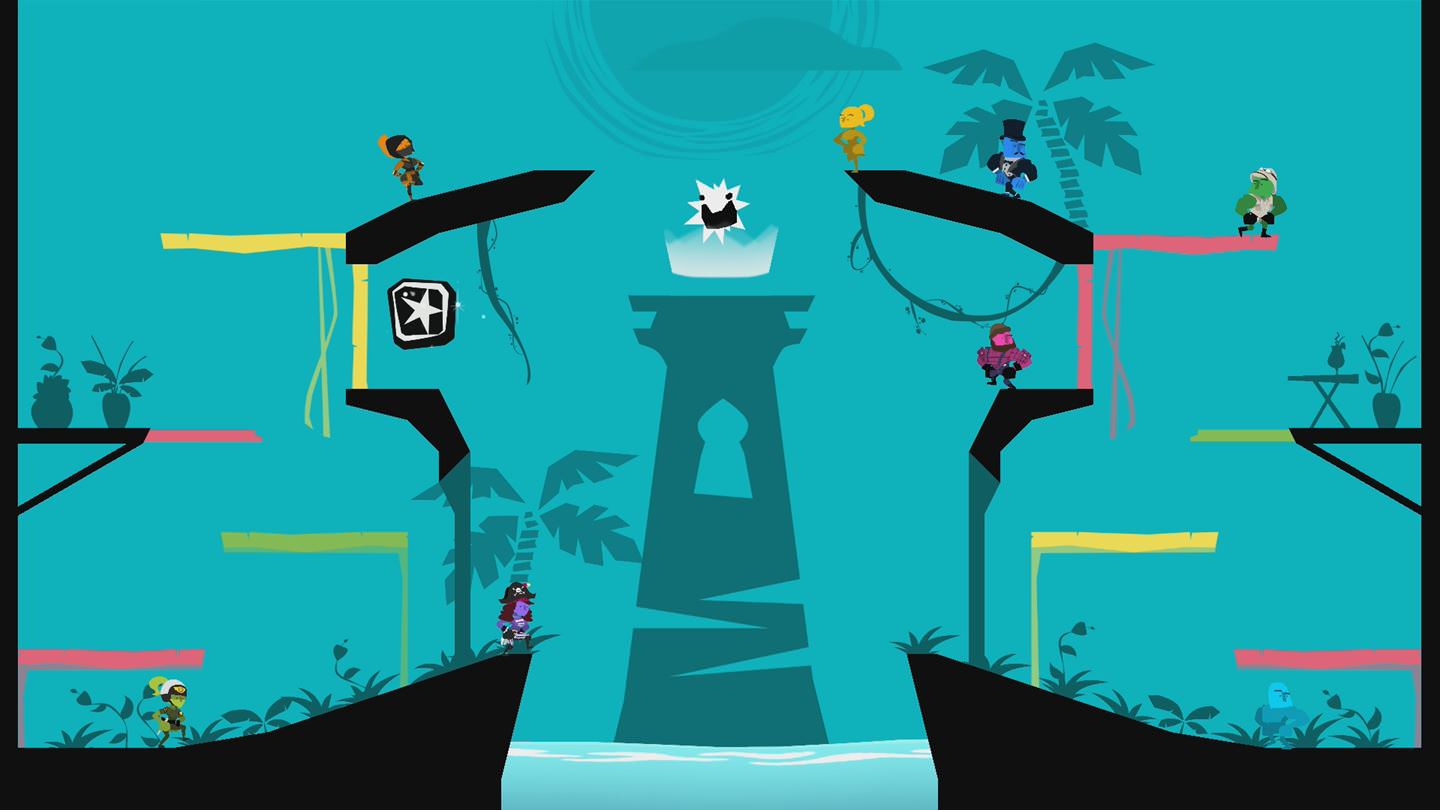 Indie games sometimes feel limited by the amount of content the developer can produce, yet Runbow is bursting from the seams with solid gameplay and different modes suited to whether you’re looking to to play single or couch co-op. The ingenious move on the part of the developer was to get a large amount of guest star characters from other titles, familiar faces like Shantae, Shovel Knight and Bittrip Alien. The stock characters are fine and blend well with the style of the game, but it’s also cool to be able to play as Unity-chan, the Japanese mascot for the Unity game engine.

Disclaimer: A review code for Runbow was provided by Headup Games.

I haven’t been impressed with an indie title’s versatility in quite some time. Although the general ideas of the game take a little time to adjust to, Runbow is a quirky and colourful platformer that provides a wealth of entertainment. It might just be the 8 player game you're looking for to stave off those Smash Bros. cravings, as shoving your mates into pitfalls & stomping on their heads to keep them winning can feel quite satisfying.