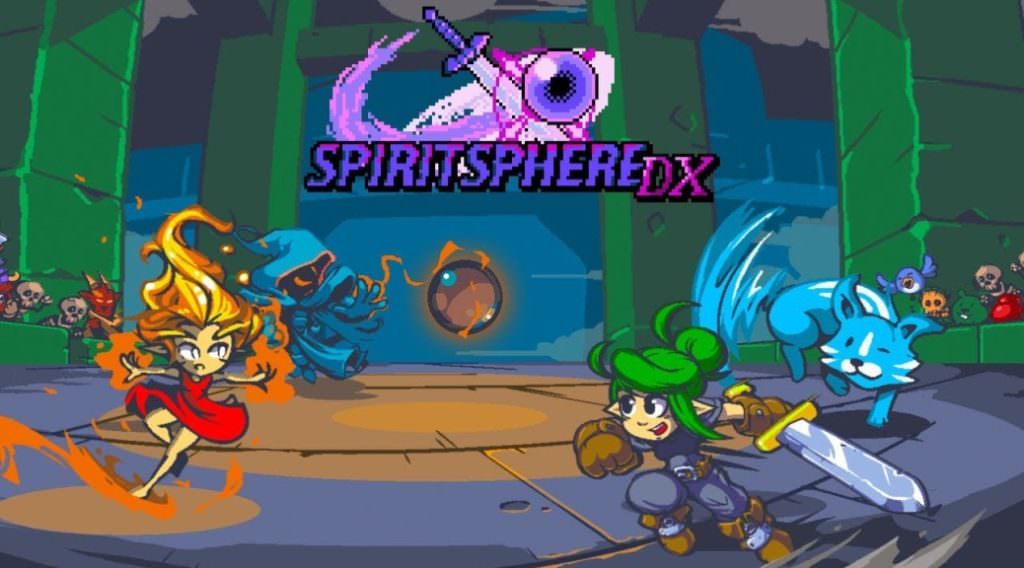 Served up on to the eShop at $10, Spiritshere DX is a game made from an odd combination: Zelda and tennis. A strange combination, but there are many things that seem like an odd combination that have turned out great. Peanut butter and jelly (never tried it), chocolate with salt, Mario and Rabbids. The list goes on. Of course it isn’t an official Zelda game, but one that is heavily inspired by the aesthetic and mechanics present in many titles. So does Spiritspere DX hold up as surprising success when mixing these two ideas together?

The game starts up with a quick tutorial before letting you onto centre court for a game of its unique brand of tennis. The controls are simple to learn and remember. ‘Y’ does a normal slash similar to Link and his sword. ‘A’ when held will do a spin attack which can curve the spiritsphere, ‘B’ will perform a dash and ‘X’ will use an item if you’ve found any on the field. It is up to you to use these commands to launch the spiritsphere at your opponent and hit the back of their court. 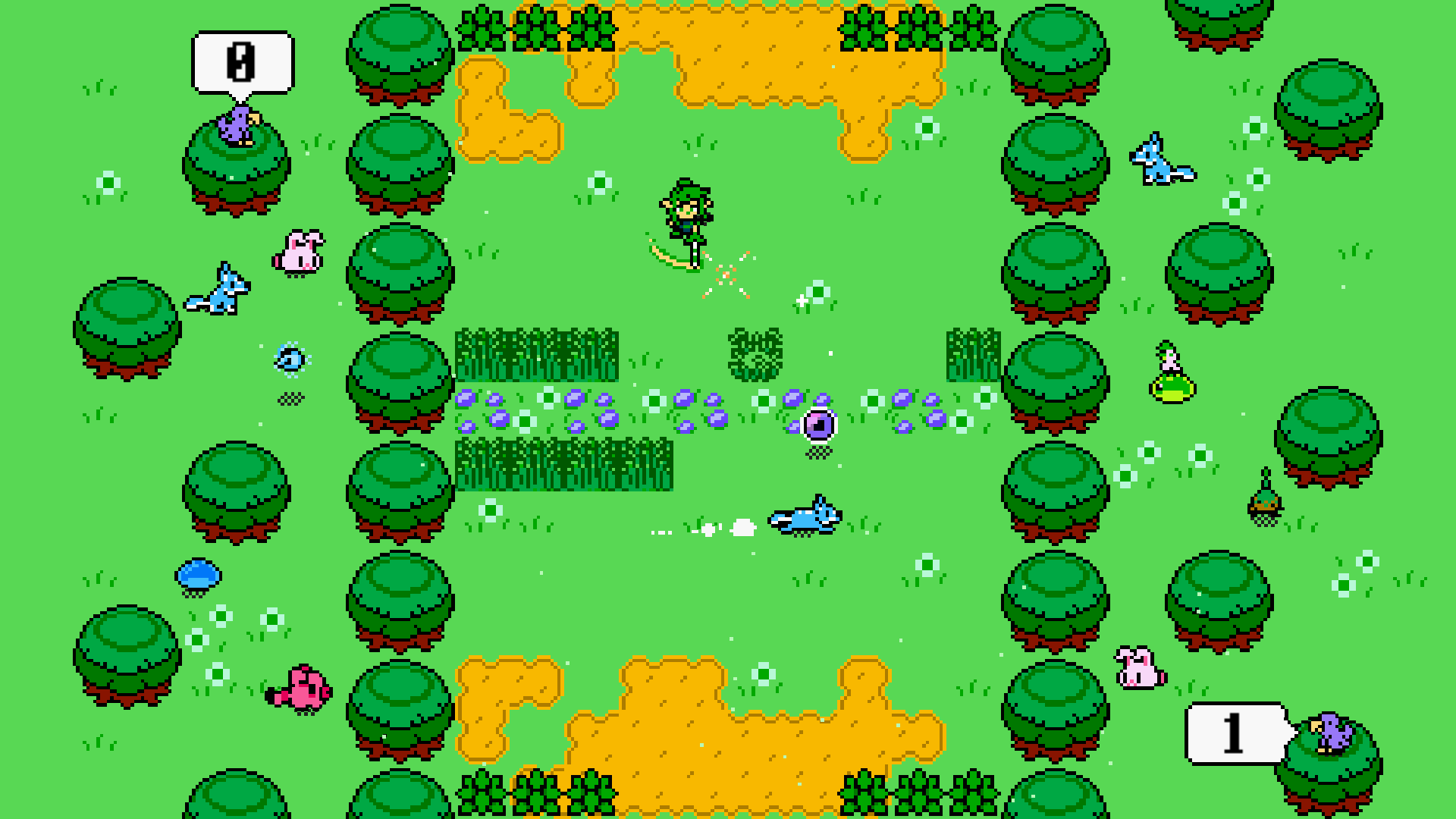 It is a very simple set up and that is certainly part of the charm. Anyone can pick this game up and jump straight into it making it a great fit for the Switch as single joy-con support is provided. It not only offers tennis, but squash as well. Just like the actual sport you take turns to hit the sphere and the  aim is to smack the wall and make sure your opponent can’t return it.

Both of these core games fit well and the mechanics on offer keep the games exciting. Standard hits, spin attacks, dashing and the occasionaly item mix things up well enough to make sure that a game doesn’t feel too stale and moves fast.

Spiritsphere DX offers a nice number of modes for a game its price. Campaign, regular match, hand2hand, squash mode, boss mode and target mode are the different ways to play. Campaign will see you take on a number of challengers with varying rules and courts to play on. It is probably the weakest part of the game, but annoyingly this is the only way to gain coins to unlock new items, characters and courts. It’s not that the actual mode is bad per-se, but the fact that playing the game alone just doesn’t compare to playing it with friends.

The rest of the modes can all be played locally with people (and some alone still) and this is where I found Spirtsphere DX to shine. It’s a great game to play with more casual players and get a good blast for 30 mins or so. 4 player matches are great in regular match. Hand2hand mode makes great use of the Switch form factor by having player use it in handheld mode, but hold opposite ends. 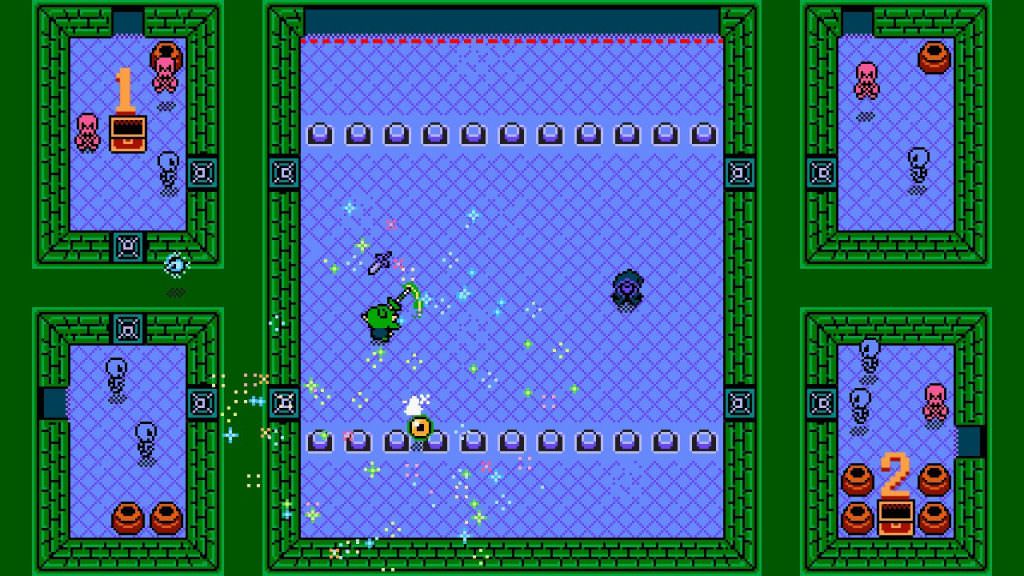 Boss mode is playable with 3 players and has two try to take on one, but with that one being very powerful compared to the rest. It is a shame that this mode can only be played with precisely 3 people and not add a CPU, but when you get the chance it is a nice bit of fun rotating who plays as the boss. Then target mode might be a little worse than the rest, but offers some charm. You just rally the sphere and try to hit the targets in the middle.

Another nice art about the game is that the courts do vary in more ways other than aesthetic differences. One court had fire blocking each players back wall and as time passes the lava plumes change location. Another with switches you can stand out to open up more of their back wall. There isn’t a grand deal of courts to play on, but each being unique was nice. The characters themselves are unique as well. Having their own stats, for some it feels quite basic the differences, but others a bit more substantial. One character plays in a Kart and feels fairly different to Lin. You can also unlock different spheres to play with and these will affect your game as well; small, large, item and more. The options on offer left me feeling pleased.

There is however one glaring issue to these aspect of the game. A lot of the content must be unlocked through the “Sphere Fountain”. A fountain where you through in the coins you’ve acquired from the campaign. Each throw is 100 coins and duplicate items are possible. As I said the campaign isn’t bad, but the appeal of the single player just isn’t that strong.  Making unlocking everything a bit of a chore. 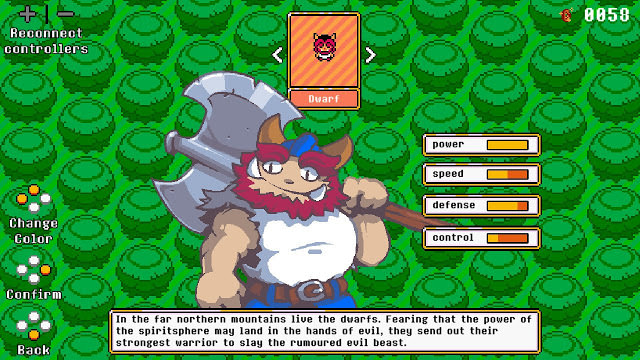 Have you ever played a GBC Zelda game? Yes? Then that is exactly what Spiritsphere DX looks and sounds like. You can’t fault the art style and the music. They both capture the retro feel perfectly. Brightly coloured courts are nice to look at and the designs for the characters are charming.

Disclaimer: A review code for Spiritsphere DX was provided by Fabraz.

Spiritsphere DX has a good amount of content for a game at $10. The premise is simple and mechanics easy to pick up. To play it alone certainly lacks any lasting appeal and even with two people it can feel a tiny bit lacking. However if you have 3 people round and can crack out some 3-4 player matches it works great as a party game.