by Link-NM on August 10th, 2018 in Nintendo Switch Reviews 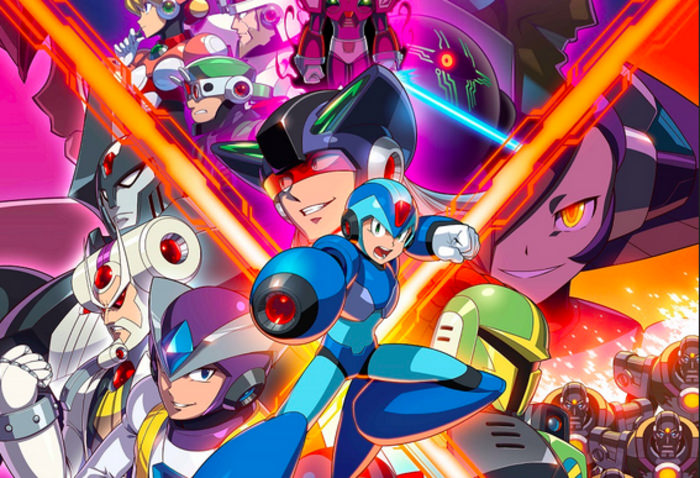 For every game, the collection gives you the option to select how you want to set the screen size to. There are three options, original size, best fit, and stretch. In original size, as might expect, the game screen doesn’t really fill the screen on any side but you get to see each pixel perfectly defined. Best fit increases the game screen size but sacrifices the perfect pixel appearance you get from the original size mode. In best fit, you only get borders on the left and right of the screen but not on the top and bottom. Finally, the stretch mode does what you might expect, it stretches the game’s screen to cover the full widescreen size of current TVs. This means that there will be no borders around the game screen but all game images will look squished. 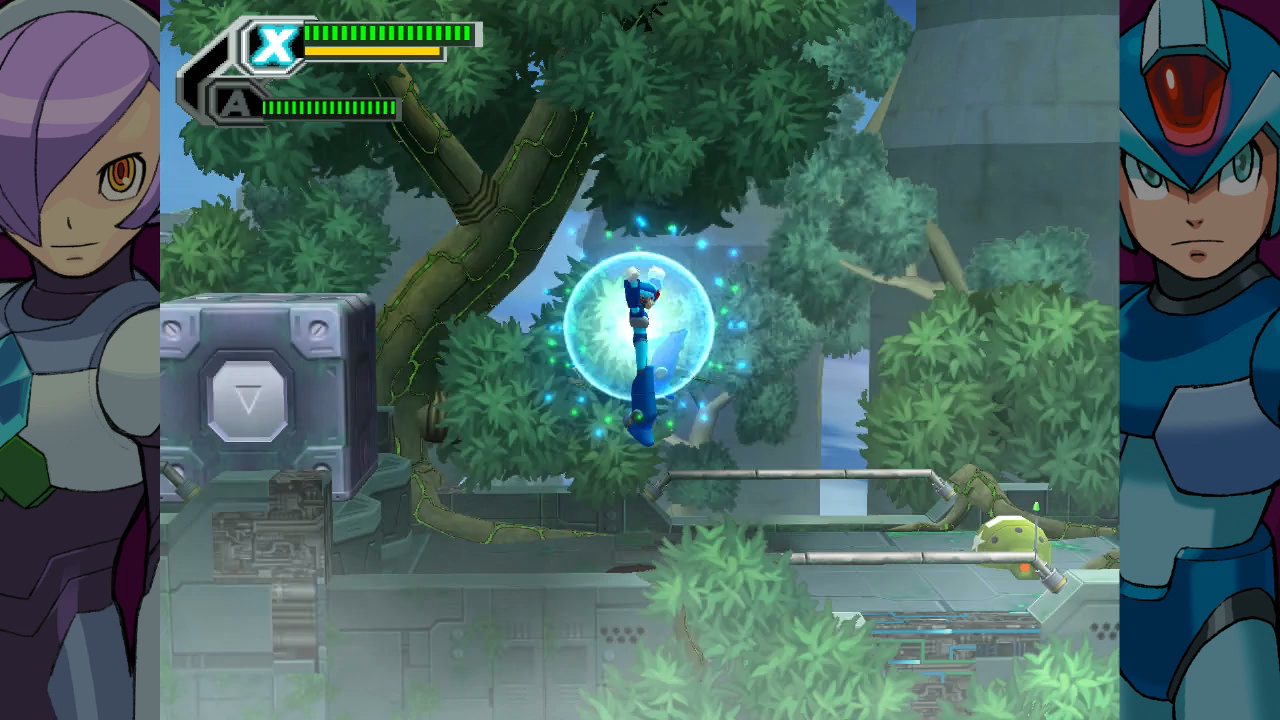 The X Legacy Collection 2 also gives you the option to use an image filter for the 2D games too. The two options available are smooth and CRT. Of course, if you want, you can also choose to not apply any filter and see the games in their original quality.

The smooth graphics option applies a filter that’s really similar to what you may have seen from 2D console emulators. It tries to make each pixel more round and overall make the games look less blocky. The end result, though, just makes the games look like a cheap flash game instead.

The other filter, CRT, tries to make the game look like if it was being played on an old TV by adding fake scanlines. The results of this filter are more successful than the previous as it feels like it doesn’t mess with the game’s art. It’s decent and does a good job in offering a way to make you feel like if you were playing on an old TV. 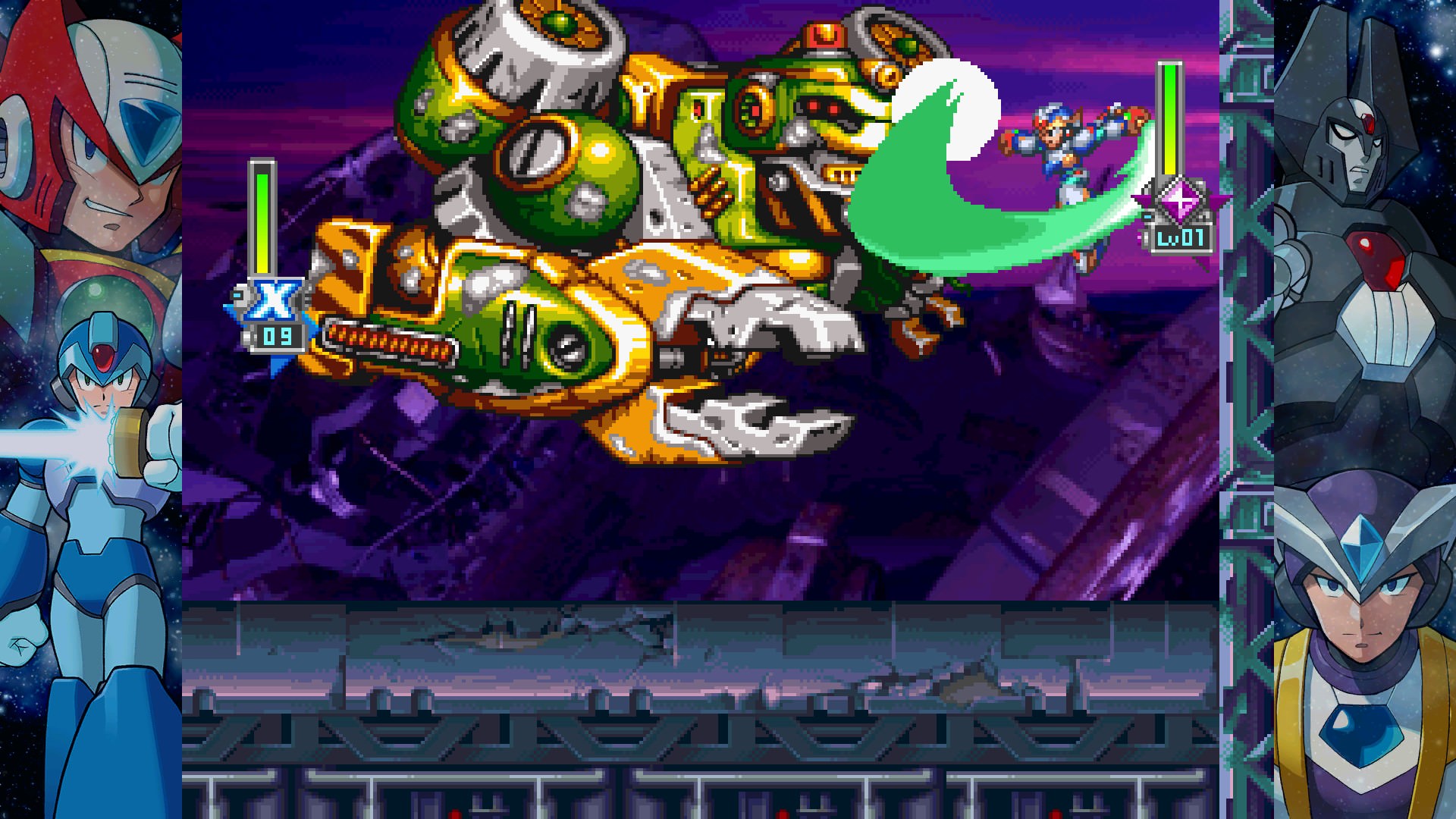 Mega Man X5 and Mega Man X6 are based on the PlayStation versions. Overall, the games run pretty well. There is a bit of input delay but nothing that makes the games unplayable. Loading times have also been considerably decreased. It’s worth mentioning that if you have an American or European copy of the collection, all the Japanese songs have been taken out. Even if you set the game edition to Japanese, you’ll get the American opening song. For X6, this also includes the removal of a Japanese song in the US release.

The 3D games, Mega Man X7 and Mega Man X8, are based on the PlayStation 2 releases. These are also the games that run the best of all 8. One big improvement is the fact that these two games are now being rendered in full HD. They aren’t being upscaled from their original resolution so this means that the graphics actually look sharp and clean. Of course, the textures are still the same low resolution ones so close up shots and interface graphics may not look as pretty as they could. Fortunately, the close up shots don’t happen frequently. Also, the chosen art style for Mega Man X7 actually helps the game still look quite good since the textures used there are simple. This is a place where the art style of Mega Man X8 doesn’t help it much and you’ll have an easier time noticing the low resolution textures.

The input delay issue that exists in the previous games is almost non-existent in these two. You’ll have a hard time even noticing that it exists unless you actually decided to test them against the original PS2 releases. And, similar to the PlayStation based games, the loading times have been hugely improved. In Mega Man X8, it’s even hard to see a loading screen in this release as it comes and goes really quick. Also about Mega Man X8, something worth pointing out is that two well known of the glitches that existed in the original PS2 game have been fixed: the infinite Metals and the flying Zero one. 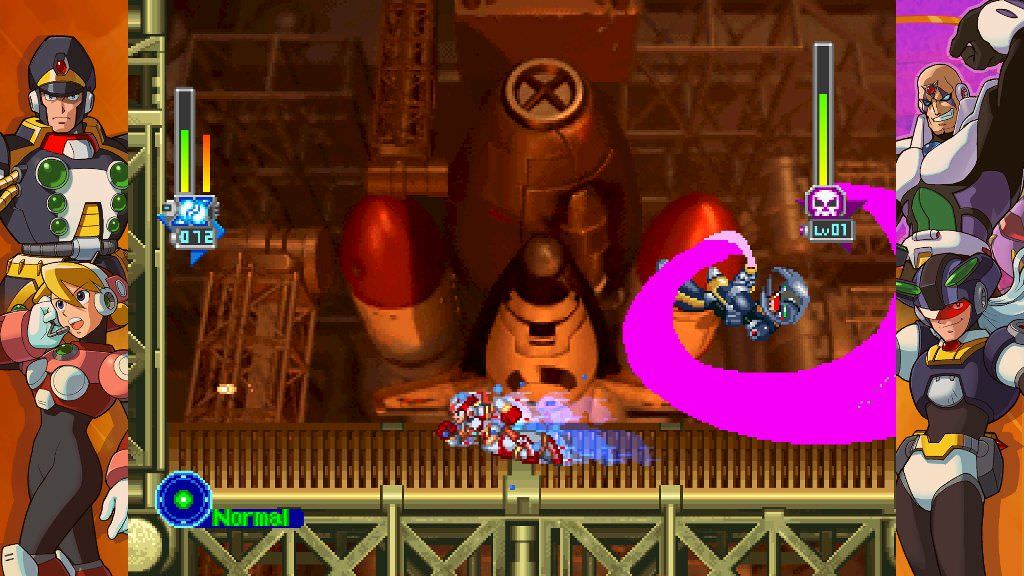 Mega Man X Legacy Collection 2 also includes a feature called Hunter Medals, which are basically like achievements that you can get for clearing certain objectives in the collection. These objectives are actually well designed and include challenges related to what you can do inside each of the games and a few of them even unlock a few extras like new borders.

The extra game mode called X Challenge is exactly what it was advertised as, an extra challenge mode where you just simply fight against two bosses from the series at the same time. It’s worth pointing out that no bosses from Mega Man X7 and X8 (3D games) appear in this mode. There are nine stages to beat and each stage is divided into three battles. A few of the boss sets are different when compared to the other X Collection. The mode also has three difficulty levels: Easy, Normal, and Hard. There’s no real story in this mode, the game simply states that previously beaten bosses are suddenly back. The gameplay in this mode is based on Mega Man X6, with crouching and the Z-Saber available. Overall, the mode is simply quite erratic and in no way designed to be balanced. It’s a fun experiment but even the easiest difficulty could be quite difficult to someone who is just starting with the series.

After finishing each level, your score will be calculated based on time remaining and damage taken. This will then be uploaded to an online highscore table where you can see how you did compared to the rest of the world. This table also includes the list of weapons used by each player, so you can also use it as reference as to which weapons to use when trying to go for a better performance.

Disclaimer: The reviewer purchased a copy of this title for the review.

Mega Man X Legacy Collection 2 is a compilation where the two good games suffer from two bad ones for being in the same collection. For Mega Man X fans, this collection is still highly recommended as a way to keep playing these games in modern consoles. If you've never played the Mega Man X games, I would recommend first getting the other X Collection and consider this one based on how much you liked the first one. X Challenge may also seem cheaply made by being unbalanced and just reusing sprites from the older games, but it's still a nice extra feature that still feels fun by providing a "what if" scenario in which you have to battle two bosses, that could be from different games, at the same time.