by Jack on August 15th, 2018 in Switch Era Talking Points 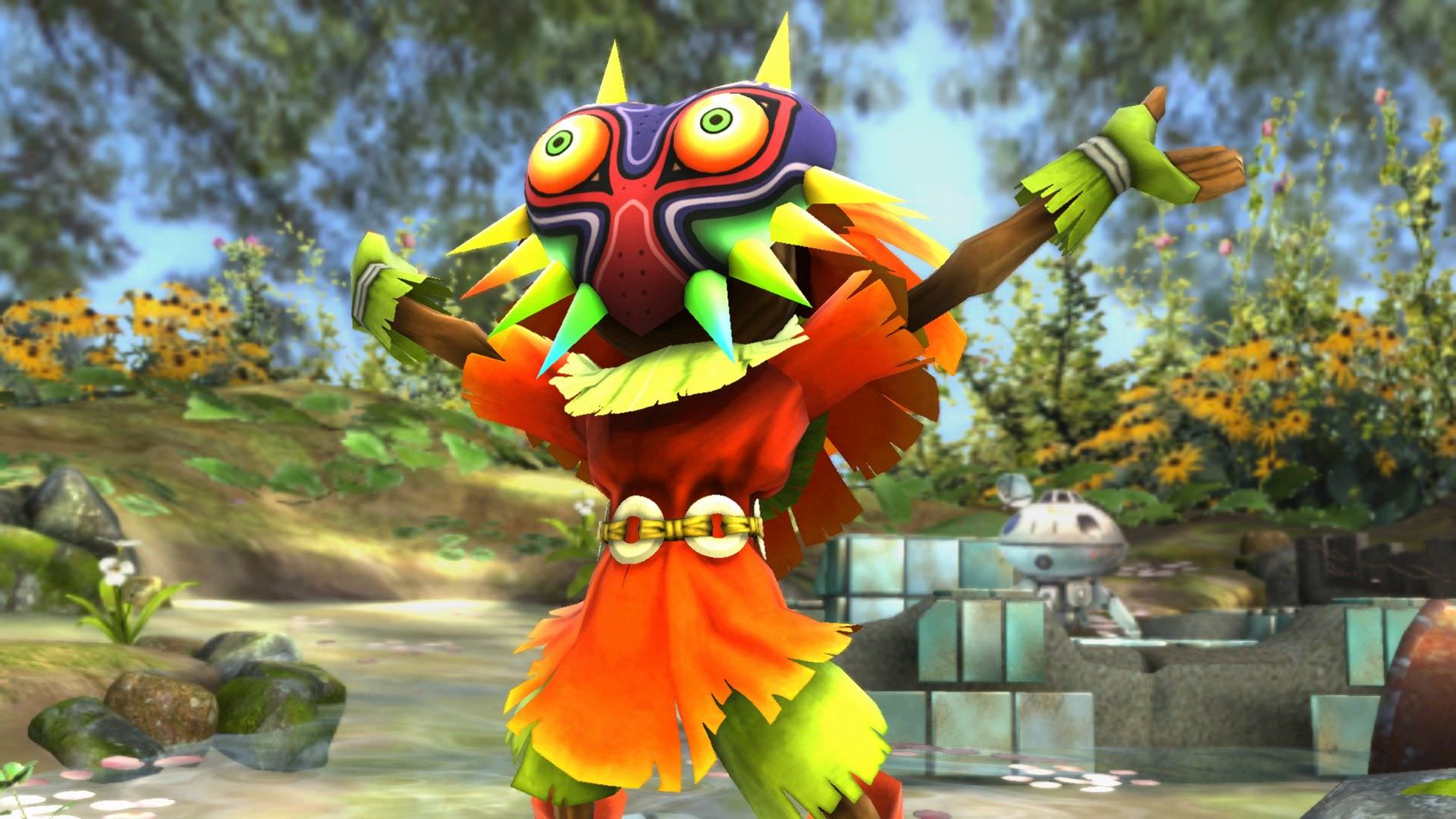 The Legend of Zelda is an absolute massive franchise and is dearly beloved by Nintendo fans. Some people like to complain about how wrong the Donkey Kong or Metroid franchises have been treated by having to wait so long to get K Rool or Ridley. Being treated wrong might not be the word, but I think it is safe to say that the Zelda series truly deserves another rep. The series hasn’t gotten a true newcomer since Melee as Toon Link for the most part was always seen as a replacement for Young Link.

With more information about Super Smash Bros Ultimate being released it is safe to say that there are some substantial hints pointing towards the chances of Skull Kid making an appearance and I want to run through them so you can decide if he will make the cut. So lets have a look: 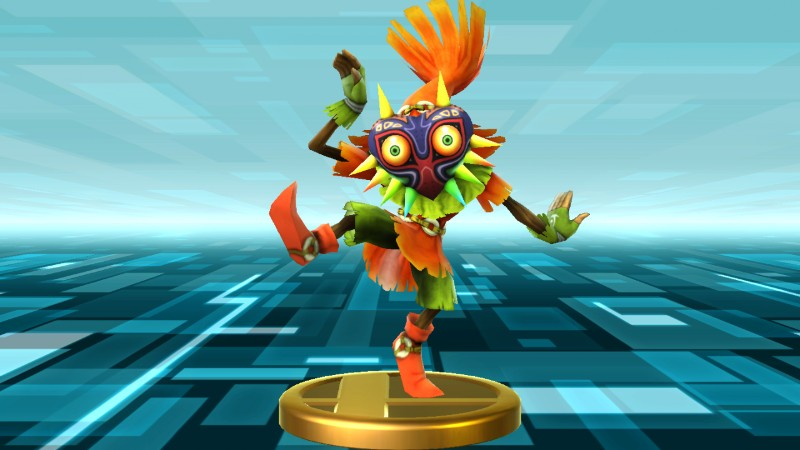 I’ve already mentioned this, but just to have it on the list. The Zelda franchise truly does deserve a new character. This might not point towards Skull Kid, but it is worth noting down. When you think Nintendo you typically think Mario, Pokemon and Zelda and the former two certainly have better representation.

Linked to the previous point there has been a precedent of AT’s being considered for being playable characters in the next iteration of Smash. Little Mac and Dark Samus being prime candidates. With his assist trophy form no where to be seen. It could mean Skull Kid has received a promotion.

One of the more underwhelming parts of SSB4‘s DLC were the Mii costumes. It was clear that that the Mii costumes were picked based on a characters popularity though. Lloyd Irving, K Rool, Inkling, Chrom, Heihachi, Rathalos, Geno, and many more. Whilst it is fair to say that many costumes could be overlooked. It is important to note that three of the ones I listed have ended up playable, Rathalos is now a boss and Sakurai wanted to get Heihachi in, but they ran into trouble early on. With Majora’s Mask being a piece of headgear this could mean something.

Skulltulakid on the gamefaqs board made the excellent point of pointing out that we have yet to see Young Link’s Final Smash. This has caused people to speculate that it will be saved until the Skull Kid reveal and we will see a cinematic of Fierce Deity Link face off against Majora’s Wrath. Many people thought that The Moon assist trophy was against Skull Kid’s chances, but if this is their approach for him it works for his chances.

Termina Field Remix in the Direct

Not many people may have picked up on this, but I found it particularly odd that they had a Termina Field remix playing during parts of the recent Direct. Now this bit of information on its own could mean absolutely nothing. They have to use some kind of music, but it is worth considering with all other evidence.

People have always complained about the lack of villains in Super Smash Bros games. The first one had none (unless you count Donkey Kong). Melee added Bowser, Ganondorf as a clone, and I suppose you can make arguments for Mewtwo. Then later additions didn’t bring in a lot of villains either. So far for Ultimate we have seen Ridley, Dark Samus and K Rool. Three might not sound like a lot, but remember Brawl only added four villains and one of those is Wario who barely counts and Wolf was added in at the last minute. The point is with more love for Villains, Skull Kid would make a great fit.

A twitter user named l’attarde took a closer look at the menu screenshow in the direct. He discovered that the blurred menu says “Spirits” in English, but he also checked the Japanese Direct and found that it said the exact same thing.  Combine this with the deaths of Mario, Megaman, and Luigi and Spirits seems like a highly likely name for the mode. The link to Skull Kid is this. For those unfamiliar with Majora’s Mask, Link must bring to rest the spirits of certain characters to progress through the game. In fact when he brings them to rest he then receives their masks and can play as them. So this mode is most likely how we will unlock characters. So just like Young Link and his final smash, Sakurai might be waiting for Skull Kid to be announced to show off this mode.

For now this is all the information that has sprung to my mind that can point to Skull Kid getting in and whilst all of these points alone could lead to nothing. When you add them all together it gives Skull Kid a good chance of getting in.

Are you looking forward to Skull Kid getting in? Let us know what you think.