by Pete on September 14th, 2018 in Nintendo Switch Reviews 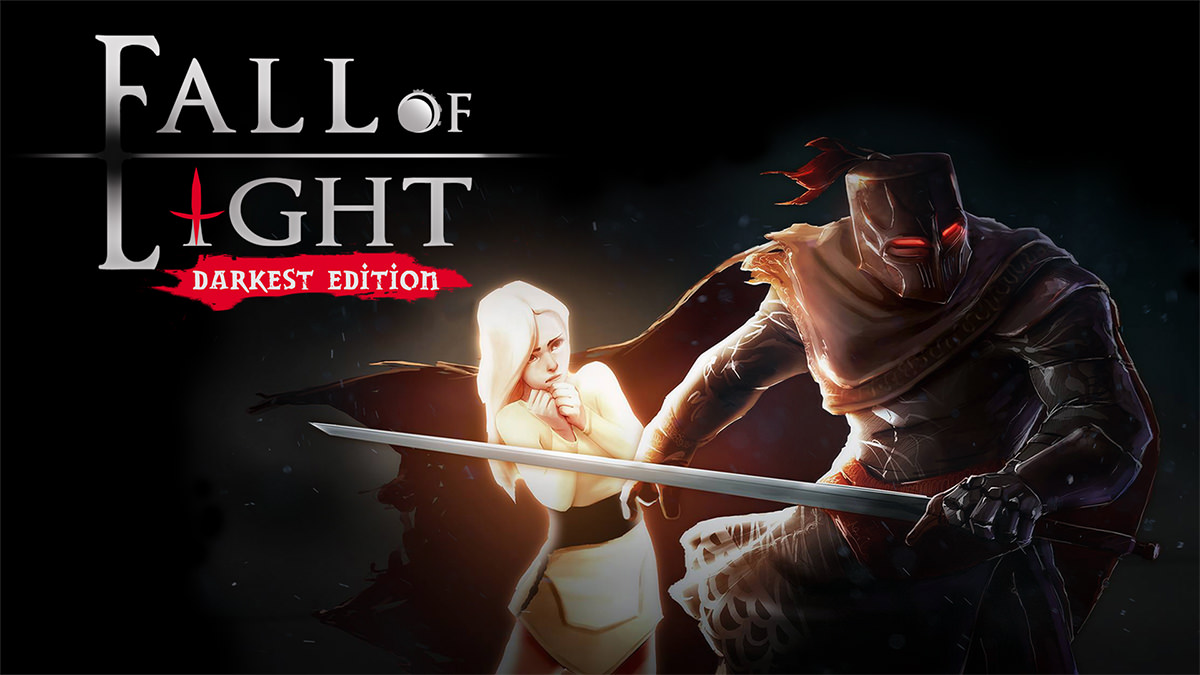 The merging of two gameplay styles to make something new can lead to interesting and fresh gameplay experiences, but it also can be a gamble when neither one is pulled off particularly well. Unfortunately for the developers of Fall of Light, their attempt to combine the punishing combat of Soulslike games with the whimsical puzzle solving of Ico has backfired resulting in a game with a questionable place in modern gaming.

Fall of Light was produced by a two man team whose ambition was to bring people into a dark fantasy world with a beacon of light. The main characters are a knight and his daughter, who is some form of otherworldly glowing, fairy princess to lead you through the darkness of this world. There is some worldbuilding by a female crone of a narrator, mimicking the powerful and enchanting opening CG cutscenes of the Souls series. However the voice acting is laughable in comparison, instantly drawing a bad first impression. 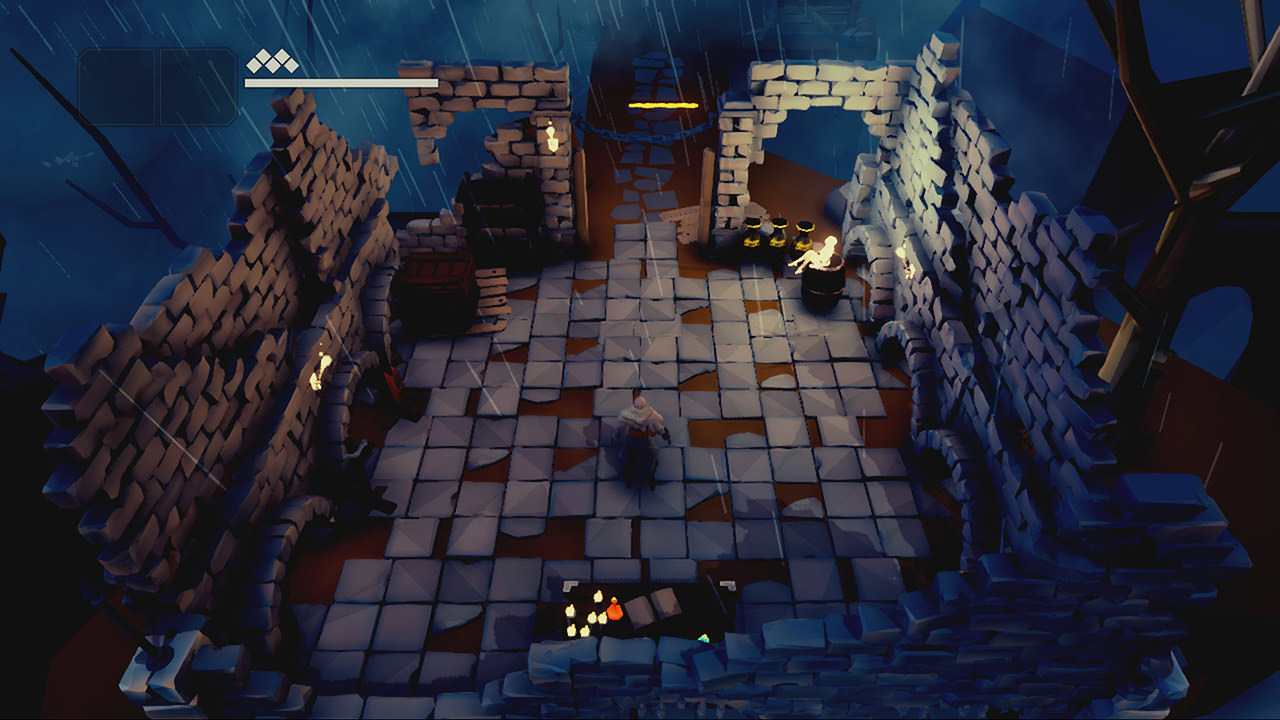 Stabbing at the air

The game is loosely isometric looking, looking on from a height at your character. Controlling the knight and the daughter is clumsy with some terrible hit detection and button lag that can make some forms of combat unbearable. The sword and shield mechanics work okay for a while until you realise the stamina bar refills at an incredibly slow pace. Perhaps it is part of the challenge, but pressure is put on you to gage when to dodge and attack with no room for error for nearly every encounter.

Graphically it is one of the poorest looking games on the Switch, with many of the textures looking like they would be at home on the original PlayStation. It’s not that you can’t have a good game with low res graphics, but the art design and implementation has been thrown together resulting in a drab and jaggy world. The game runs on the Unity engine, criticised for its impact on game development as it becomes easier for the average joe to develop games. It leads to large amounts of low quality games that developers may think are great simply because it kind of works. If used properly it can be a magnificent tool for game devs, but this work in Fall of Light is very poor and unrefined. This is perhaps another port for the Switch that has had bare bones attention, because certainly there is no reason to have graphical fidelity this bad. 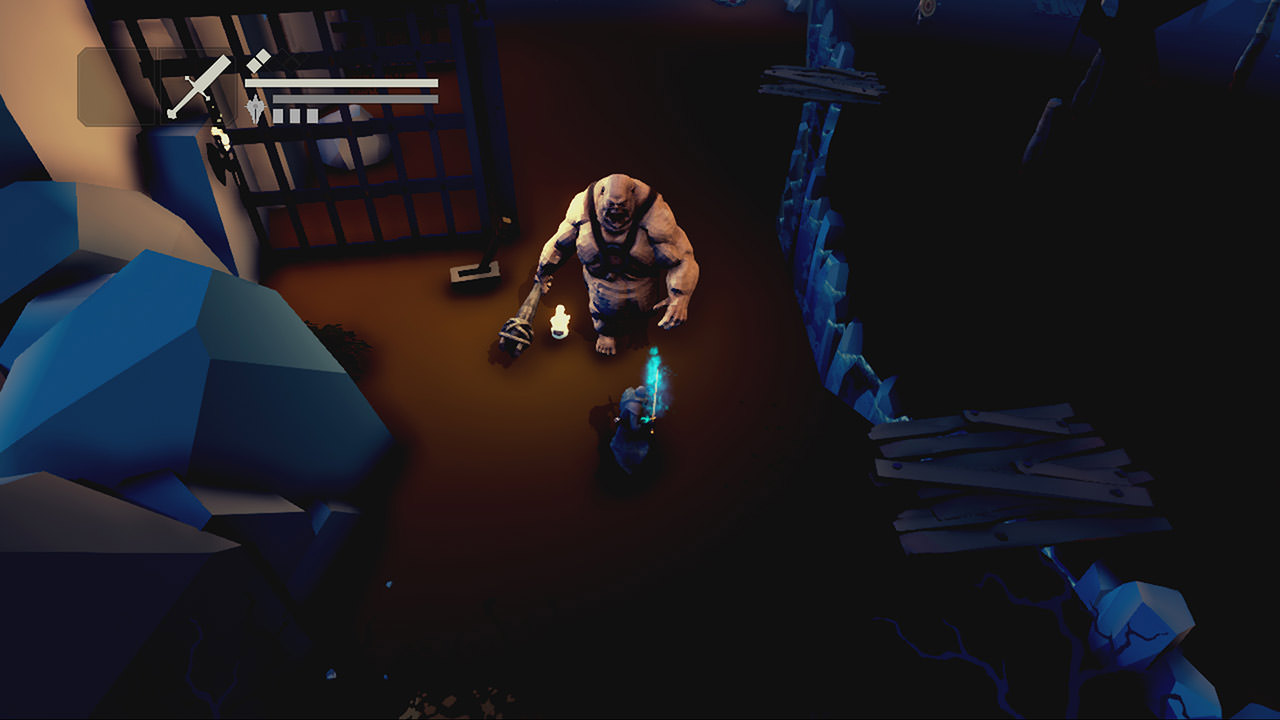 Not all inspiration is great

Ico was a neat game, but it didn’t feel like it was all one escort mission because the game treated you with dignity and made you feel like there was consequences to everything, the characters felt fleshed out even without any dialogue. Fall of light adds the undeveloped look of a Diablo tech demo and adds in this escort mechanic for no reason other than it appeared to work in another game. It doesn’t feel like it was earned to attempt to do this however, leading to an ugly and problematic title with bad combat and frustrating controls.

Disclaimer: A review code for Fall of Light was provided by Digerati.

Fall of Light is Bad

Fall of Light is not completely terrible, but just enough to not be able to recommend to anyone. It is flawed in pretty much every way, with the gameplay loop becoming a monotonous chore soon after the first hour. The game feels like a rip off of everything else and in no way a homage, which is sad because with refinement and care some of these ideas seem like they could have worked. Yet this game is bordering on shovelware, and to pay money for it would be beyond regrettable.