by Omar on October 30th, 2018 in Switch Era Talking Points 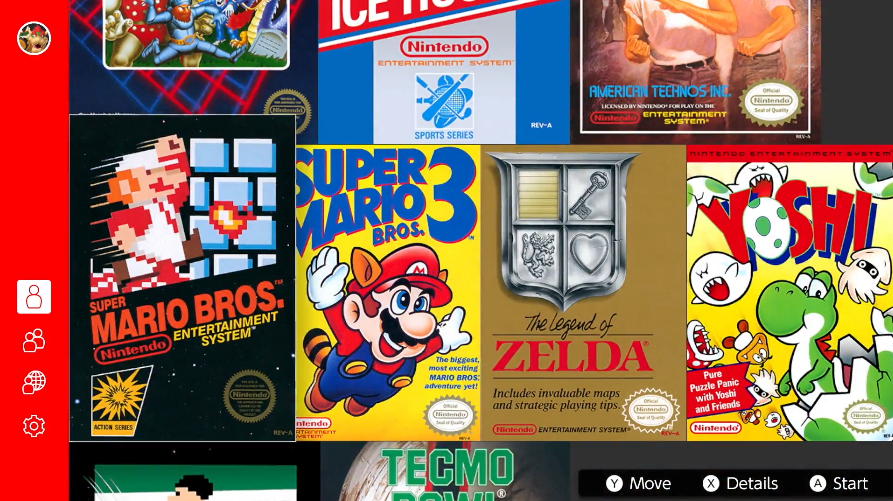 The first month of Nintendo’s new online service has come and gone in the blink of an eye. The nearly 130-year-old Japanese company finally launched a paid online service and the sky is still intact.

At $20, Nintendo Switch Online is the least expensive online offering of the three major console manufacturers. One of the biggest concerns that the lower price point would mean a lesser product. However, if Nintendo is known for anything it’s their ability to release a highly polished product. Let’s take a look at what the new service brings to the table one month into its life.

Nintendo made sure to let everyone knew from the start that online play would be placed behind a paywall at some point. I have no issues with their change towards the direction of PlayStation and Xbox. I have no sympathy for people who are complaining about paying for online while their Inkling is wearing Amiibo and DLC-exclusive clothing. Plan ahead and save your money if $20 is too rich for your blood.

That said, the online doesn’t seem any better than it was before the paywall was put up. I’ve never had issues with Nintendo’s online on the Switch. The extent of my online experience has been in Splatoon 2 and Mario Kart 8 Deluxe. I only play online with a wired connection to the dock which delivers a fantastic experience. The biggest test of the stability will be Super Smash Bros. Ultimate. Smash Bros. For Wii U was a mostly smooth experience online compared to its predecessor, Brawl, which was unplayable online.

Welcome to the world of NESflix. Well, it’s not quite streaming like Netflix, but it’s pretty close. The NES games you get access to with the online service is the gift that keeps on giving. Contrary to popular opinion, I enjoyed the odd selection of launch titles. I had never played Ice Hockey before and now it might be one of my favorite NES games. It also kept me from only playing the titles I knew. Of course, I still had to beat SMB and SMB3. They’re both too good to let sit there unplayed.

The ability to play NES games online is a neat feature that I wasn’t asking for. However, it’s a nice option to have. I probably will never use it, but I’m glad that it’s there for people with friends.

As of right now I would still give the selection a seven out of ten. The games are good, but too many classics are missing. I know more games will be added as time goes on. As for now, it’s a fun list of games, but it’s still not quite where I want it to be. 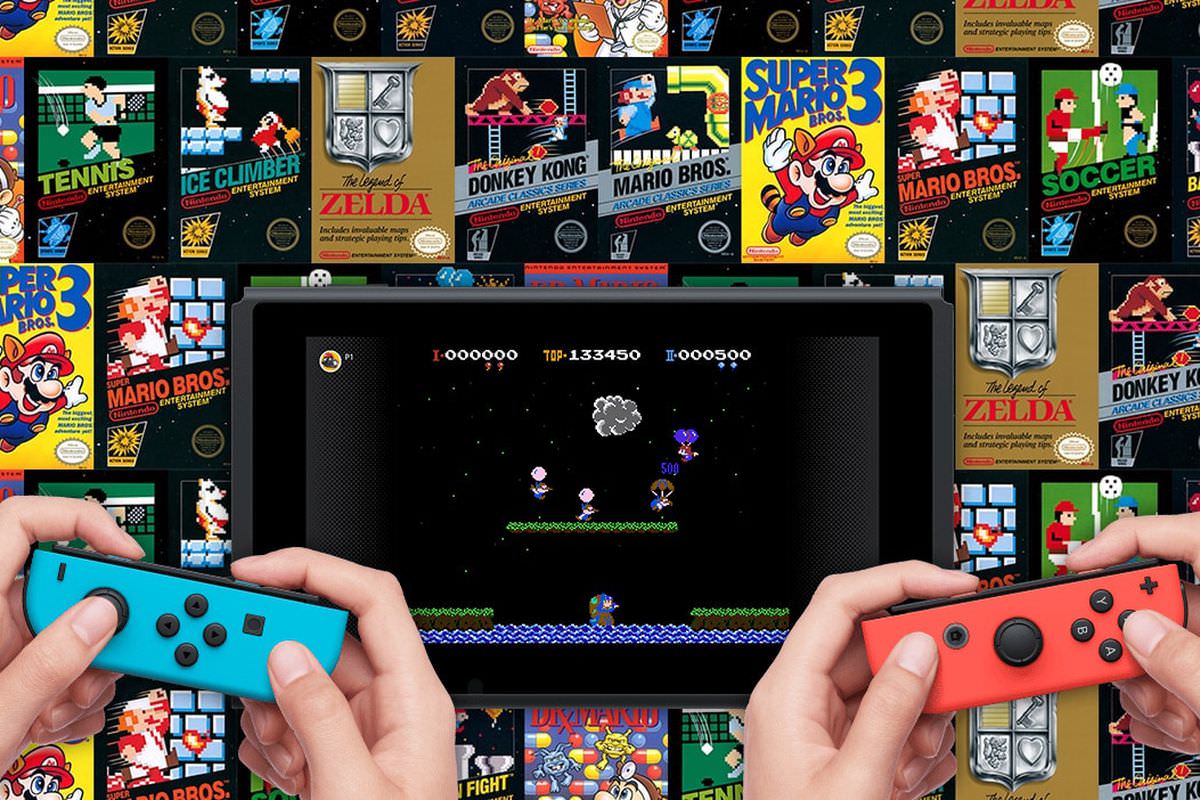 Now I don’t need to worry about my Switch breaking. This is the single most important feature included in the Switch Online service. I used to live in a constant state of fear that something would happen to my Switch. The battery could swell, the screen could crack, it could get water damaged, the console could overheat. Luckily, I managed to avoid all of those worst-case scenarios long enough to backup my hundreds of hours in Breath of the Wild. I have no complaints about this part of the service. It’s exactly what I expected, wanted, and needed.

Discord, Skype, Teamspeak, Mumble, your cell phone. All of these are perfectly good replacements for what Nintendo gives you in their Switch Online App. At this point you would be better off sending your friends a text message using this guy’s Rube Goldberg machine.

I can’t even give the app positive marks for quality audio. That is all up to the model of phone or headphones you’re using. More devs should look into what Fortnite has done in using the console’s headphone jack for audio in and out.

The special offers aren’t my cup of tea, but they’re still pretty neat. As of right now this section of the website is particularly barren. Even though we only have two offers right now, they’re both promising prospects for the future.

Splatoon 2 players can get a special outfit for their inklings with the Switch Online service. I can’t wait to see what other digital goodies they’ll put out there when Smash Bros. Releases later this year. Of course, this is purely speculation, but it wouldn’t be the first time Nintendo gave people paying extra money the first crack at something in Smash. If you registered the Smash for Wii U and 3DS Club Nintendo codes then you got Mewtwo two weeks before the DLC was released on the eShop. 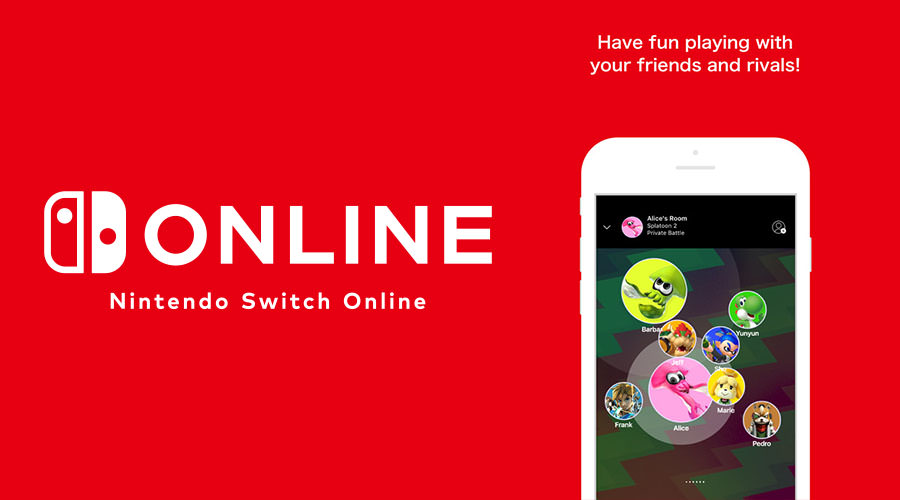 The most intriguing offer on the list is a pair of wireless NES controllers. They charge using the same connector as the Joy-Con and can attach directly to the sides of the switch. At $60 they’re a bit more than I would want to pay for NES controllers, but I’m still tempted. It also gives me hope for the future that other special controllers and physical merchandise will come to the Special Offers list. I hope that this can become the successor to Club Nintendo rewards that My Nintendo never became.

My first month with the Nintendo Switch Online service has been uneventful. The only thing that continues to bug me is the lack of a marked increase in apparent improvements to online connectivity. Smash is coming. If Nintendo doesn’t have it figured out by Dec 7 then there will be millions of unhappy Nintendo fans.

In the end, cloud saves make the whole package worth the annual $20 price tag. I can overlook a horrendously built app. I’ll be a happy Switch owner as long as I can pop in Mario Odyssey or Breath of the Wild and pick up right where I left off. It’s hard for me to care about cost when it comes to peace of mind.