by Pete on October 12th, 2018 in Nintendo Switch Reviews 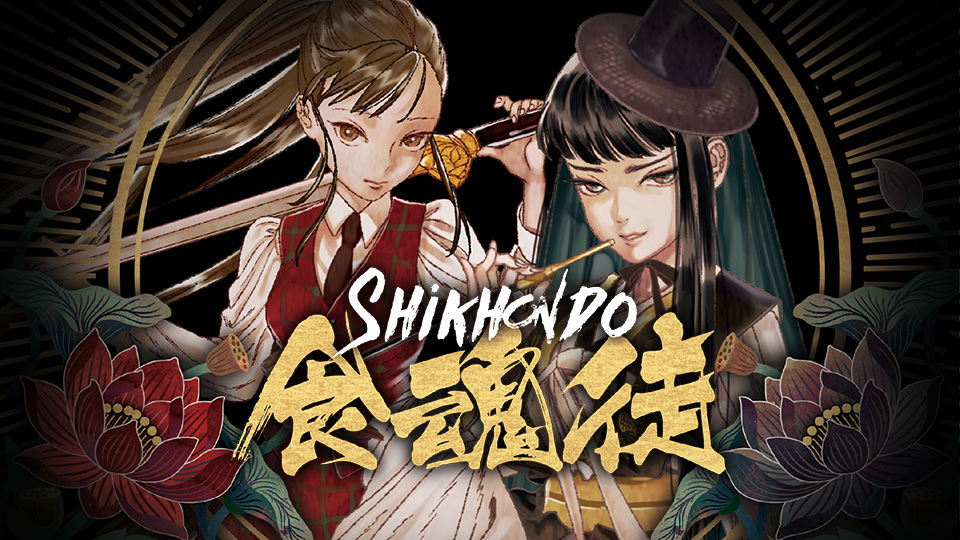 What happens when you run out of things in Japanese culture to base your Arcade Shmup on? Borrow heavily from Korean Folklore of course! Shikhondo is a fast paced, balls to the wall shooter developed by Korean developers Team DeerFarm that uses a hybrid of traditional art and stylish anime bizarreness in its design.

In the character select you choose to play as either ‘the grim reaper’ or ‘the girl’, both oozing Kill Bill levels of cool in their fashion choices. But shoot em’ ups have a lasting effect on players not because of the story, the graphics or characters, it’s the sheer intensity of blasting and dodging through waves and waves of enemies that makes you feel near superhuman. 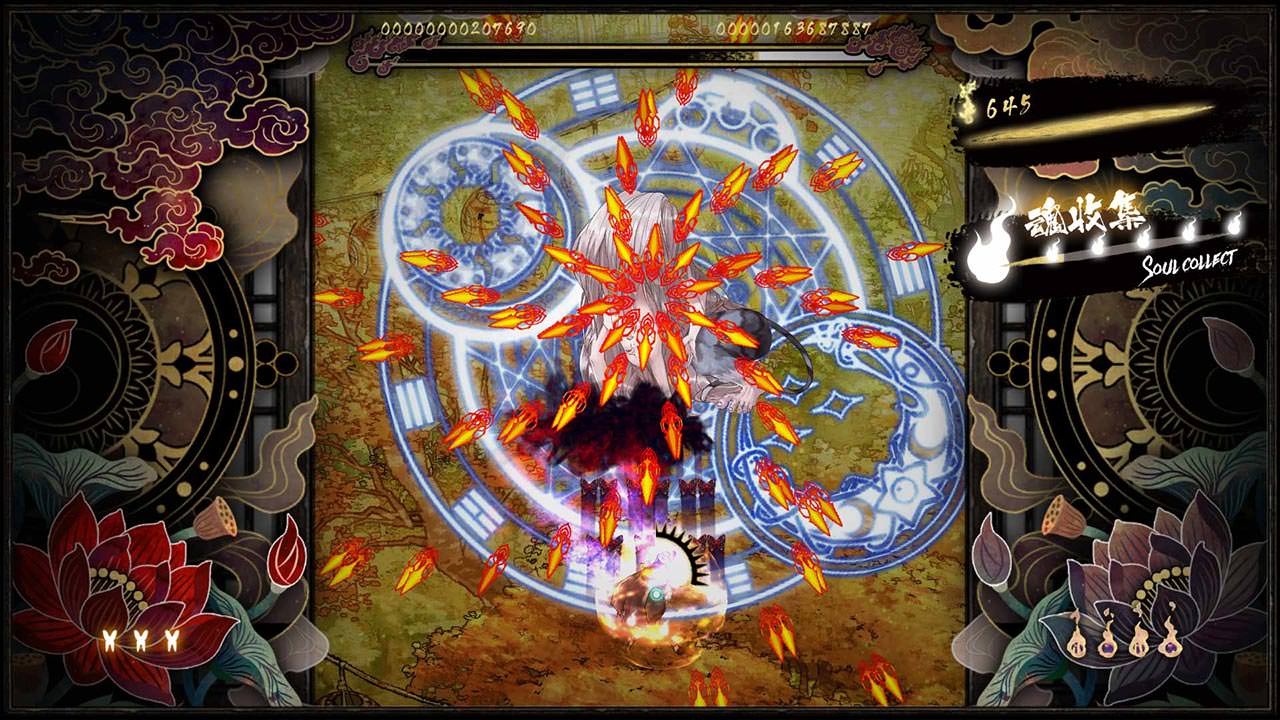 The 1990s took it up a notch by introducing ‘Bullet Hell’ shooters, where the screen is covered with a rainfall of enemy bullets, a genre influencing western titles like Enter the Gungeon and Cuphead. If you’ve always been interested in taking on the authentic Bullet Hell experience, this game might not be a bad place to start.

The controls are nice and responsive as you mow down rows of cute enemies, and charge up your special attack for the ugly ones. The boss characters come in two stages, first you take on their eccentric folklore form before they mutate into pictures of ero-guro horror. The key to taking them out without dying is timing. The feeling of being able to dodge the walls of bullets in a tense stand-off is euphoric, as you prepare for a counter attack.

It gives you the option of charging your superpowered ‘Soul Collect’ attack by going close to enemy bullets, further pushing you to tempt fate by getting closer to death. After a few bad hits, you’ll go down and lose your high-score, but the game offers you the chance to continue if you think you’re hard enough.

Shikhondo is a vertical shoot em’ up, complete with borders that make you feel like you’re standing by an oversized arcade machine with a sack of quarters in hand. It doesn’t go all the way with Switch’s capabilities such as Ikaruga’s ‘vertical’ mode offering an authentic screen ratio in portable mode, but it is a nice enough port with co-op and custom modes. 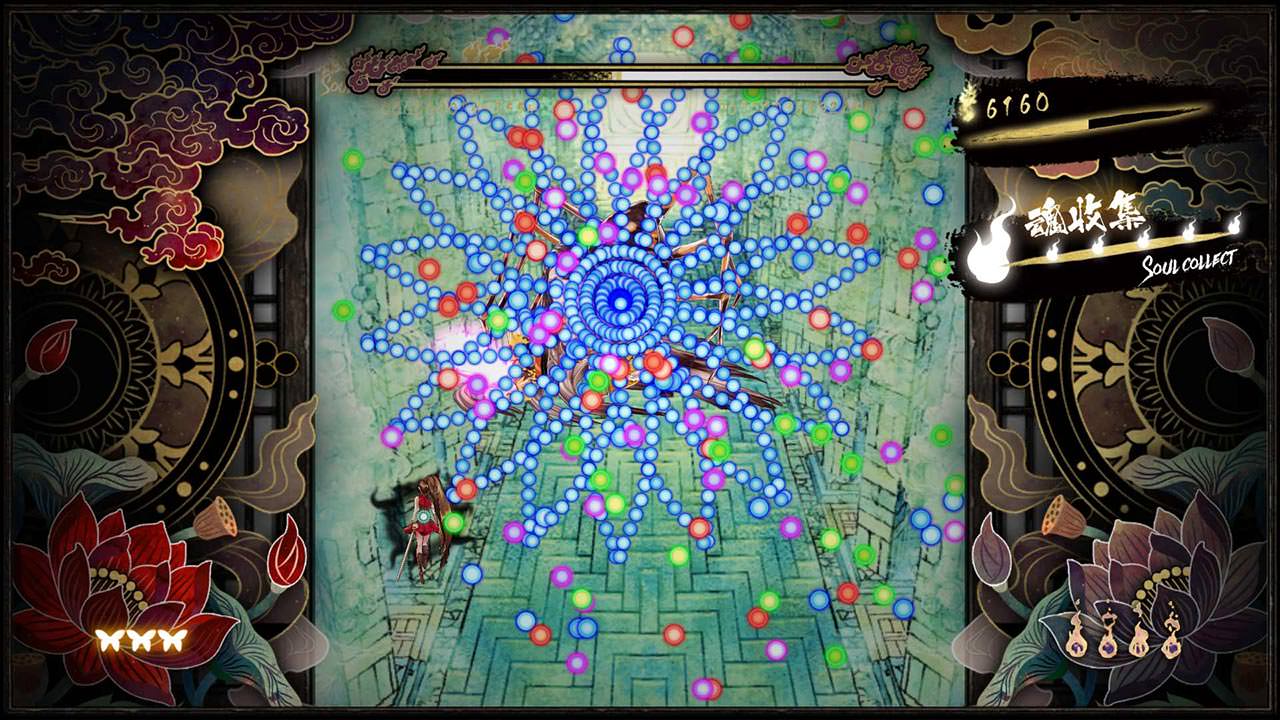 The whole experience is short like most arcade orientated titles, lasting maybe an hour tops, but it is more about doing a better run. Can you get all the way to the end without dying, landing a high score? The added hardcore and boss rush modes are a nice addition for those looking for extra punishment, but the core experience is enough for newcomers trying it out for the first time and for less so for experienced shmup fans.

Disclaimer: A review code for Shikhondo: Soul Eater was provided by Digerati.

Shikhondo: Soul Eater feels like a shooter that does a lot for players of all experience levels, showing newcomers what bullet hell is all about while still offering a tough gameplay experience. It’s a great little shooter that offers a lot to newcomers but if you are well versed in the genre, you may want to look for a challenge elsewhere as the difficulty might not be as blistering as you’re looking for.