by Jack on November 21st, 2018 in Nintendo Switch Reviews 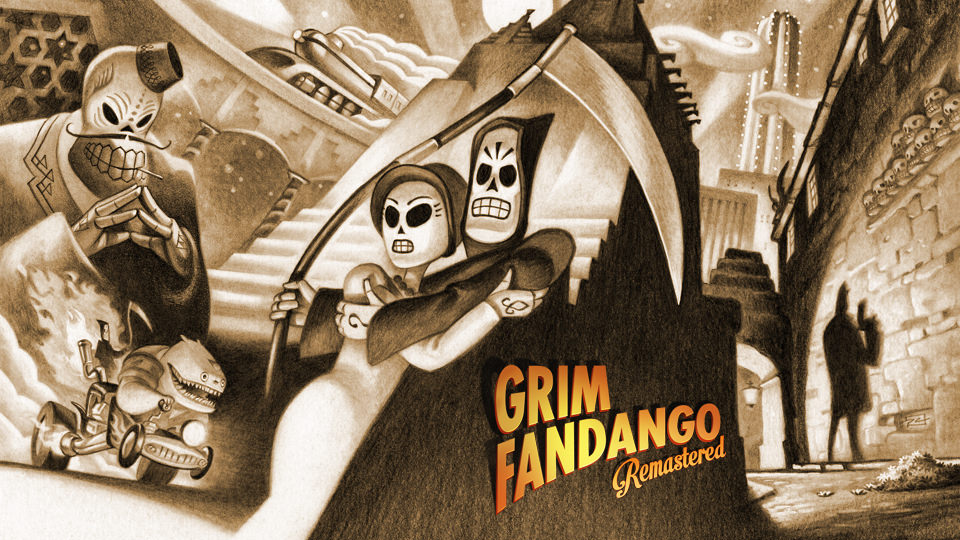 When released 20 years ago, Grim Fandango was met with overwhelming praise. Not only did it receive exceptionally good reviews, it also took home a number of awards from big names in the gaming industry. Outlets like PC Gamer, Gamespot, and IGN gave it high praise and dubbed it the best in a variety of categories.

Now in the year 2018, Grim Fandango is making its way to the Nintendo Switch, having been remastered several years ago for other platforms. Not only has the original game been given an HD face lift, but it also features some extra goodies. Is Grim Fandango still the masterpiece we remember it as? Or is this remaster best left to die-hard fans? 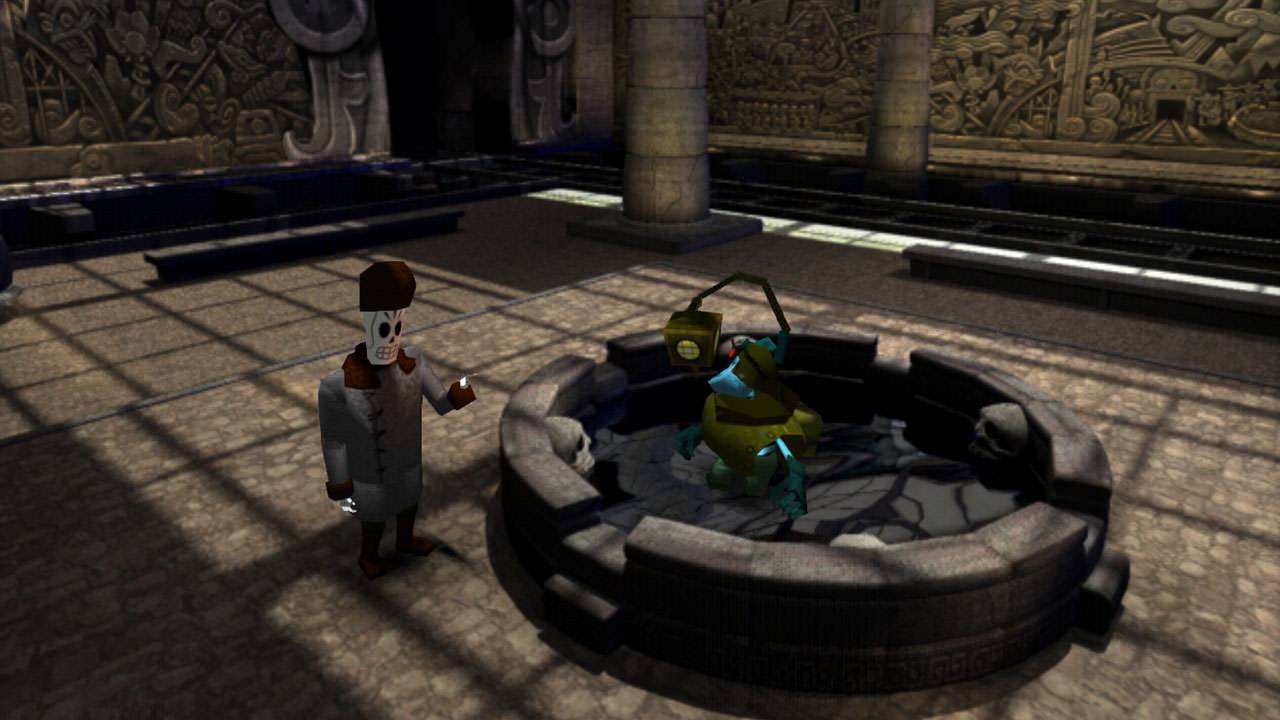 Grim Fandango is an adventure game which sees players take control of Manuel “Manny” Calavera. Our unusual hero is a travel agent and it’s his job to sell packages to new arrivals in the Land of the Dead to speed their journey through to the other side. Lived a good life? You are entitled to a speedy journey. Lived a bad one? You gotta walk and Manny doesn’t get any commission. So when Manny tries to manipulate the system to get better clients he gets caught up in a scenario he wants no part in.

It is certainly clear from early on why people love Grim Fandango so much. For a game that was released 20 years ago, it delivers dialogue, humour and characters that feel fresh and nothing like their decaying skeletal bodies. As I played from start to finish I found myself chuckling and enjoying the vast majority of dialogue trees you have to go through. Typically I’d skim the text and skip through these encounters, but in this wacky world I wanted to hear what each and every character had to say.

The overarching story isn’t really the selling point in Grim Fandango. It feels cliche, but it is meant to be. So it was so important for them to nail the world and the characters in it. Not only is the writing superb, but the voice acting that accompanies these characters is all top notch. Simply put the experience of Grim Fandango story is an excellent one. However…. 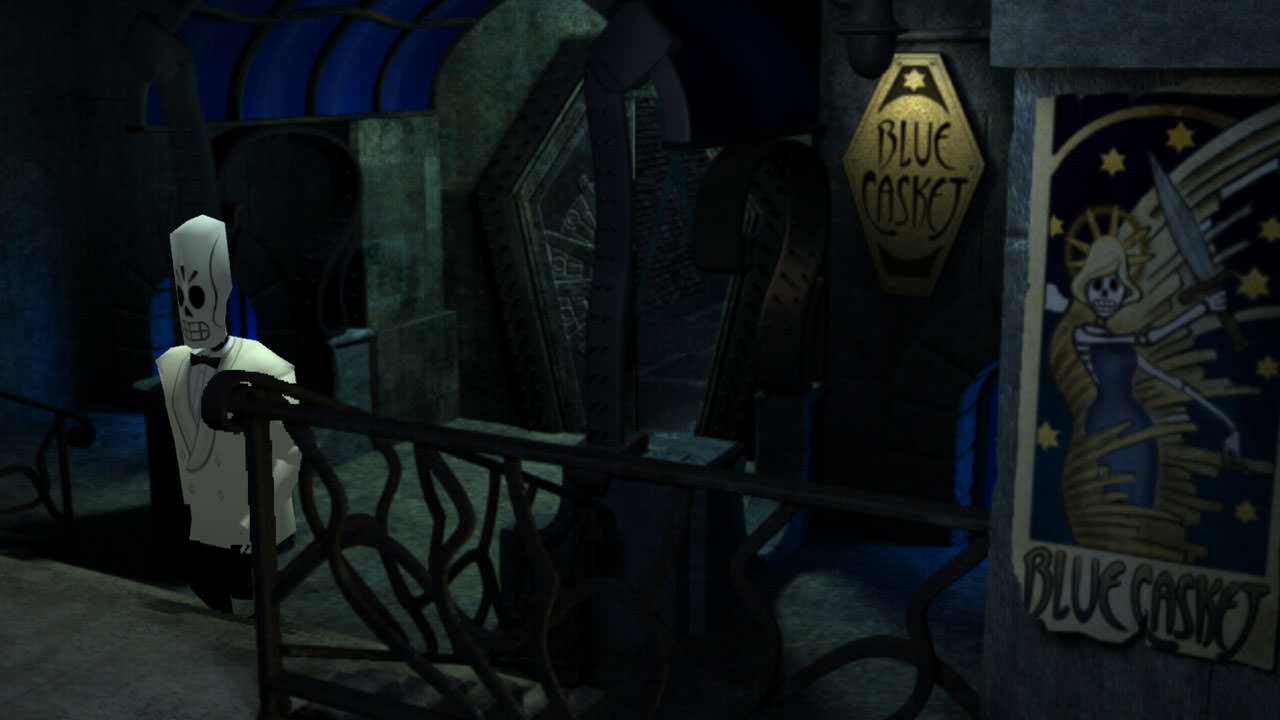 Grim Fandango is a puzzle adventure game. So to progress through the story it is integral to pass through the perplexing scenarios Manny gets himself into. For the most part, a lot of the puzzles are well thought out, tricky, but satisfying when completed. Some feel totally obscure and can be frustrating, these ones are rare and can be overlooked, but the true issue with Grim Fandango is this: The items you can interact with aren’t clear. I had to consult guides regularly as I played through this adventure to see what it is I am meant to pick up. Then as I consulted a guide I felt I’d never have known to pick up this item.

It is a real shame that  this issue is present. As a good tricky puzzle is satisfying and an easy puzzle is just no fun, but it is a fine line between tricky and frustrating and I found Grim Fandango crossing into frustration a few times. What makes it so disappointing is that by simply adding a button that highlights what you can pick up, its major flaw would be gone.

The first thing any players will notice is the HD paint job. The option to toggle between the original filter is available and the difference is clear as night and day. Of course the character models look dated, but the pre-rendered environments still look fairly decent and overall the aesthetics of the world are eye catching. 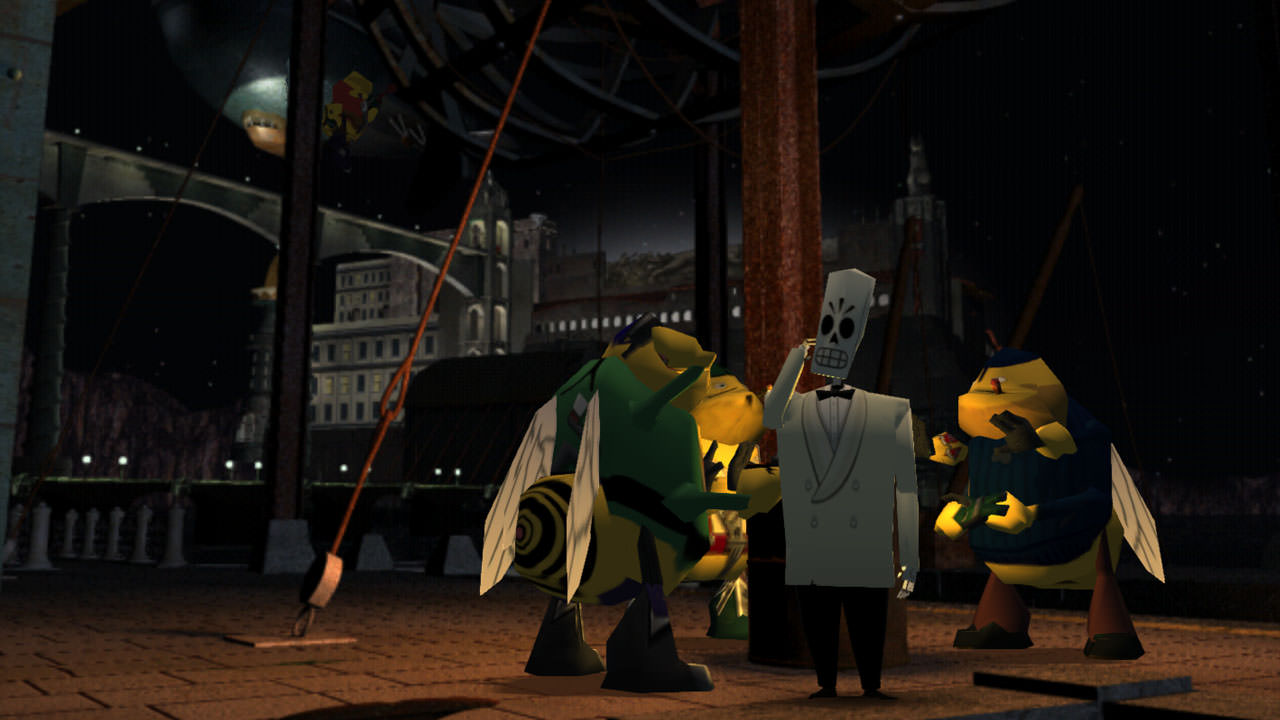 Grim Fandango Remastered also adds some features that massive fans of the original release will love. First of all is the concept art gallery which features 90+ different pieces of artwork to look through. A live orchestral score which is superb and really fits the world. However the most exciting would have to be the commentary available and listening to the experience everyone had playing it was interesting, as well as not something many games tend to offer.

Disclaimer: A review code for Grim Fandango Remastered was provided by Double Fine.

Grim Fandango Remastered is a game that should be experienced by most gamers and should be on their bucket list. It is clear why it was so popular 20 years ago as the entire experience is an excellent one. It runs perfect on the Switch and I see no reason to opt for any other version (apart from price), but the gameplay has aged poorly. I honestly don't think I would have cleared the game if it wasn't for some guides and that is a shame.