by Carl on November 9th, 2018 in Nintendo Switch Reviews 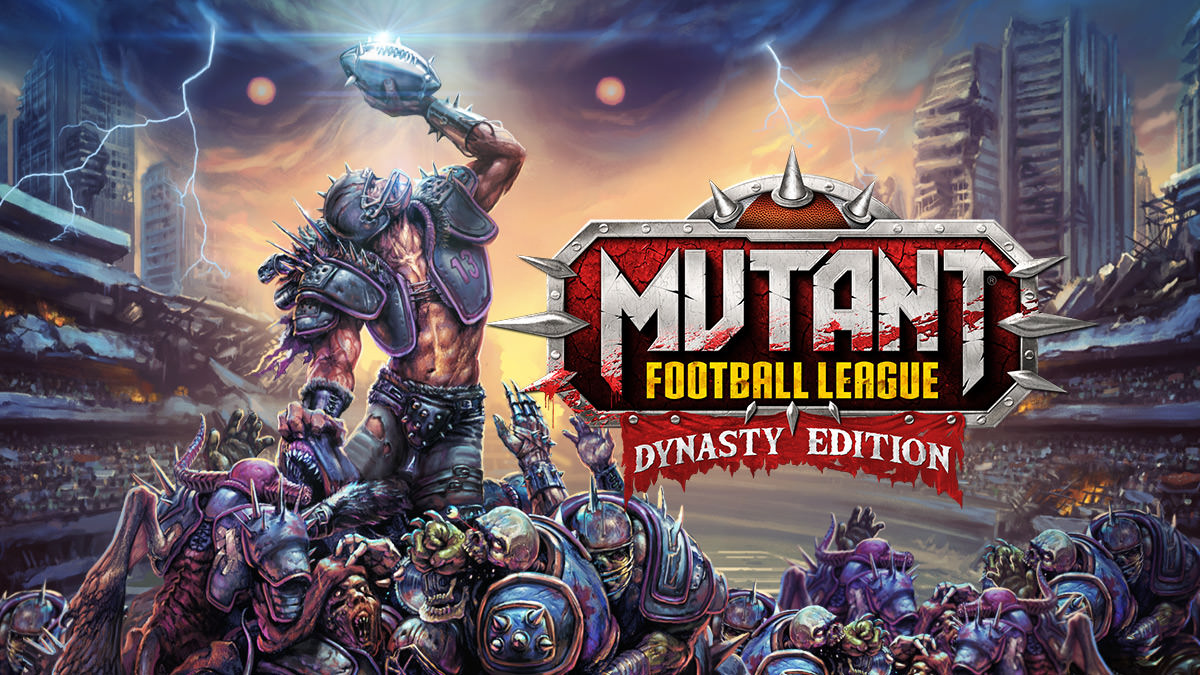 Nintendo systems have been in dire need of a decent football sim ever since EA dropped Madden support during the Wii U years — and even then, their support during the Wii were ultra-cartoony versions with waggle controls. The only cure for that football itch came from the NES Online version of Tecmo Bowl, which is actually pretty fun to play online, but is hardly a full football experience. 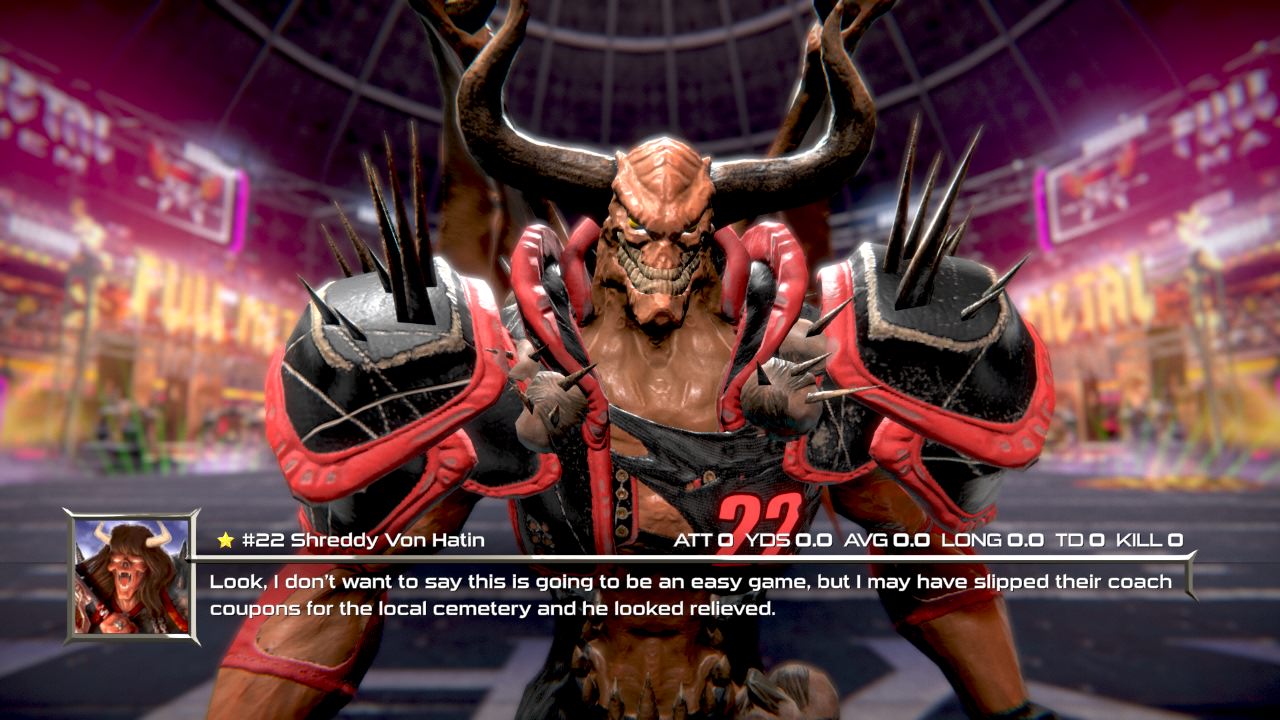 Mutant Football League takes the present-day NFL and puts a wild spin on it: every player is a mutant, monster, or alien, and every team is similarly monster-ized. Obviously, Mutant Football League lacks NFLPA licensing, so all the players in the game are ghoulish puns on their real-life counterparts. Same thing with the teams — the New England Patriots aren’t here, but we do have the New England Hatriots. And the Deadlanta Vultures. And so on and so forth. Some of the puns on player names are pretty funny, but the real shine from this monster-ized aesthetic comes from the play-by-play announcers — who poke fun at the NFL’s convoluted rules about what is and isn’t a catch, among other things — and from the shake-ups to the traditional football formula.

That basic formula is here: the goal is to drive down the field using a variety of passing and running plays to score, and prevent the opposing team from scoring when they have the ball. Each team has a unique playbook, and the actual gameplay is pretty fast-paced unlike Madden. There aren’t any annoying penalties (unless the ref is bribed, of course) and you can quickly select your favorite plays. There are only two or three receivers maximum, so passing plays are kept pretty simple.

Now, as I alluded to earlier, Mutant Football League shakes up that formula in several different ways that only a game featuring monsters and aliens can. First off, each field has its own combination of hazards: some have random lightning strikes, pits of fire, buzzsaws, and more. And, yes, your players can die. Each player has a health gauge that decreases when they’re tackled or beat up after the whistle is blown — and their body parts will go flying in every direction if they run into a buzzsaw on the field. A lot of these hazards can be avoided if you’re paying attention to the field, but it’s pretty funny to see your receiver fall into a pit of fire after they catch a touchdown pass. 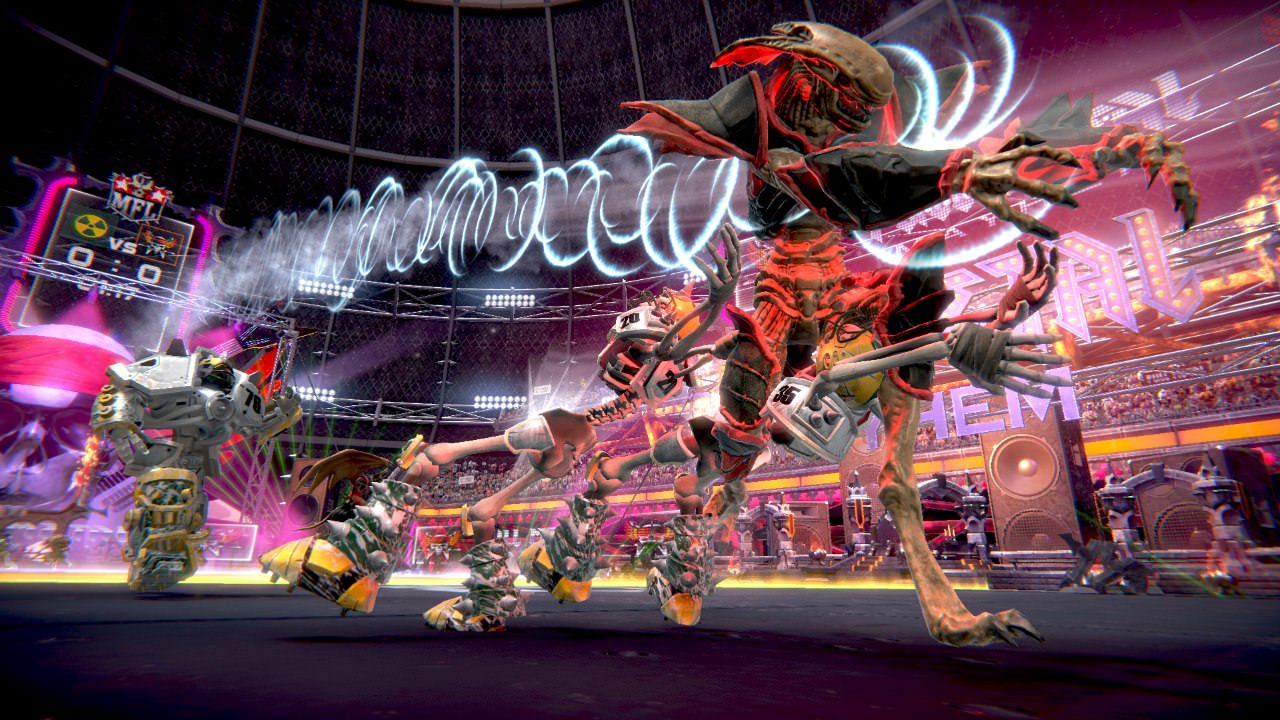 Another big shakeup comes with the addition of dirty tricks. There are a whole bunch in the game, and each team has their own set of dirty tricks to use on offense and defense. They can only be used once per half. Some of my favorites are the sticky ball, which causes the ball to come flying back and knocking out the quarterback when it’s thrown. The dirty tricks are best used situationally. That sticky ball does absolutely nothing if I used it when my opponent does a running play, for example. Every team is also able to bribe the ref once per half, which causes the ref to call penalties on your opponent when they score or if you turn the ball over. The only way to un-bribe the ref is to kill them, naturally. These dirty tricks had the potential to completely break the game, but they’re well-balanced overall and, again, can only be used once per half.

True to its name, Mutant Football League: Dynasty Edition includes a dynasty mode where players take control of a single team and try to win the championship over the course of several seasons. There’s player progression through XP, trades, and free agent signings — it’s a pretty decent version of the Madden franchise modes. Its more akin to the mid-2000s versions of Madden, before they added on all the extra bloat. I’ve played a couple of dynasties already — first on the easiest difficulty, then I turned it up after I got the hang of things. Player deaths do carry over game to game, by the way, so you’ll have to manage your season funds between signing free agents and resurrecting your best players from the dead. Some teams have a “kill the QB” dirty trick which can get a little annoying if you’re caught off-guard (you’ll have the opportunity to run your QB out of bounds to avoid the killing blow).

Mutant Football League: Dynasty Edition does include online gameplay, although it is rather bare-bones. The only option is a random match — you can’t play with friends and there aren’t any rankings or a competitive mode (Dynasty mode has leaderboards, at least). The actual online experience is pretty smooth, though, as long as your opponent doesn’t rage-quit halfway through the match. There is a neat little quirk to matchmaking, which is that if you’re connected online and playing a game in Dynasty mode, Mutant Football League will alert you that someone else is matchmaking and give you the opportunity to save your single-player game and jump into the online match. After it’s over, you can resume your single-player game where you left off. 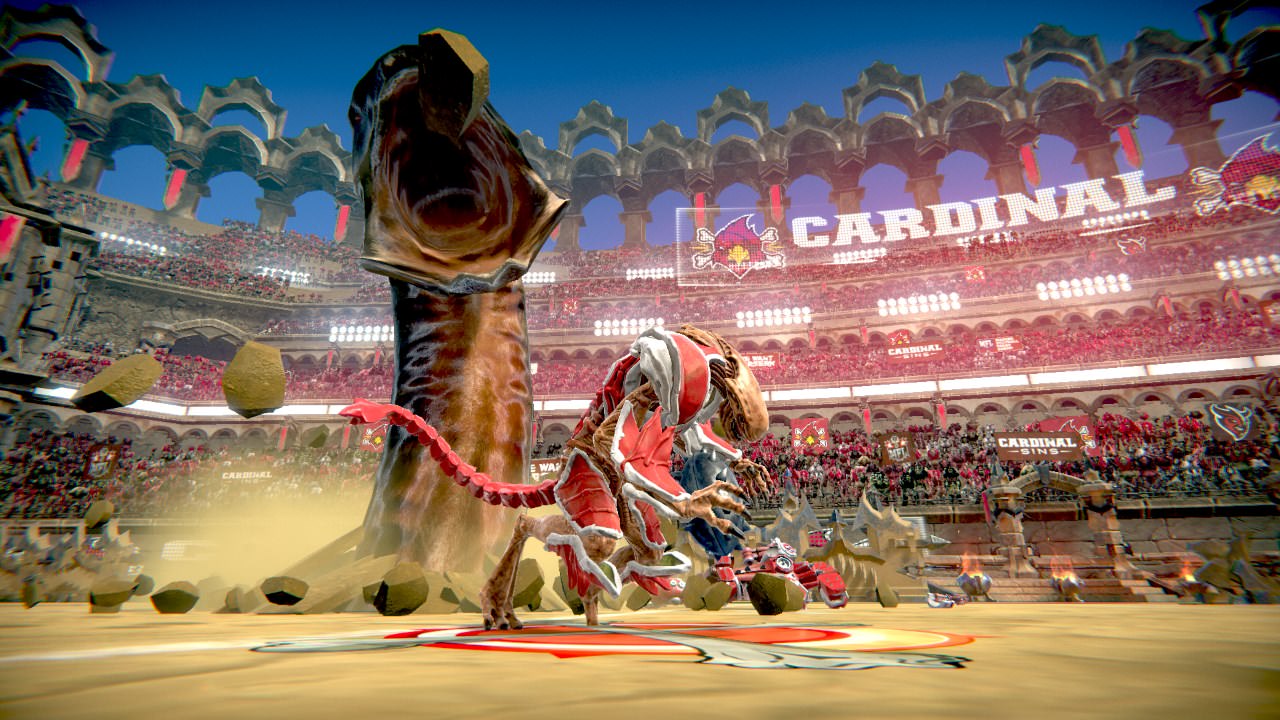 Using a ghoulish aesthetic that affects both presentation and gameplay,Mutant Football League: Dynasty Edition is a fun, fast-paced, and downright hilarious take on American football. The online mode can use some more options for sure, but its dynasty mode and local multiplayer will keep bringing me back.