by Joshua on November 28th, 2018 in Nintendo Switch Reviews 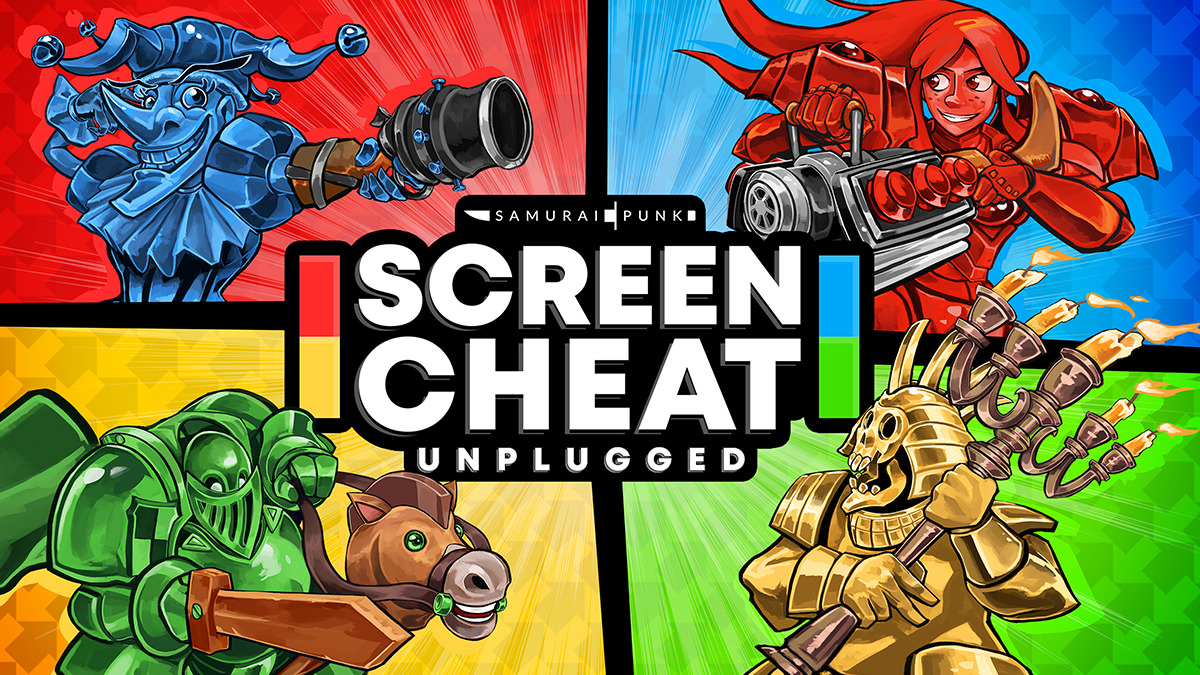 Remember the days when games like Halo and Call of Duty were just starting out and offered four-player local multiplayer. The screen would divide into four sections, and friends would take each other out to get points. However, it was often that some players would hide, and instead of looking for them, other players would simply “peek” at their screens to figure out where they were. Anyone with younger siblings is probably familiar with this strategy (I was certainly a proponent of it back in the day).

That’s where developer Samurai Punk enters the picture years later. Seeing the strategy of screen peeking, they were inspired to create a game called Screencheat, where the only way to win was by looking at the other player’s screens. The game released on PC, then PS4 and Xbox One. Now, Samurai Punk has remastered the graphics and added a few new tricks for a re-release on the Nintendo Switch. Is Screencheat Unplugged the definitive version of the game? 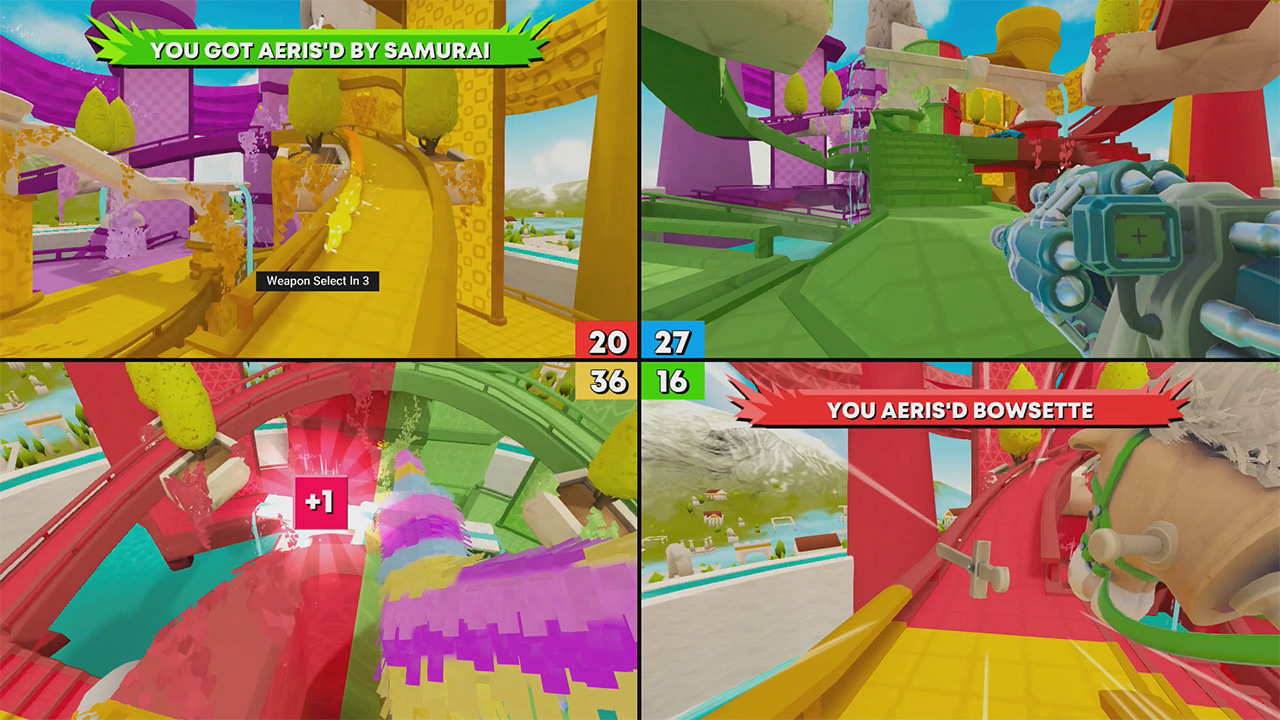 I’ll get this out of the way: Screencheat Unplugged is a great time. I played the original on PC, and the Nintendo Switch version is just as exciting as I remember. Every player is invisible, so the only way to find them is by looking at their screens. Going through fast-paced battles where one shot confirms a kill makes each round feel intense as players frantically shoot, hoping that they land a hit. It’s the sort of formula that led to my friends and I yelling and taunting.

Screencheat Unplugged isn’t a game for everyone, though. While it’s great fun to play, not everyone will be good at it. It moves rather quickly, and trying to look at other people’s screens at the same time can be disorienting. Once you start to figure out where your opponent is, you’re probably dead yourself. Certain people will naturally be better at the game, as they can process information from multiple screens better. There is a steep learning curve for those who aren’t good at video games in general. With that said, Screencheat Unplugged is best played with people who know what they’re doing.

The developers do their best to make sure the game is accessible on their part. Each stage is divided into four sections with four different colors. This makes it easy to glance at an opponent’s screen and know where they are. Likewise, there are small lines that show where people are moving, and when they shoot, they become much more visible. Small touches like these make the game feel more well-designed. 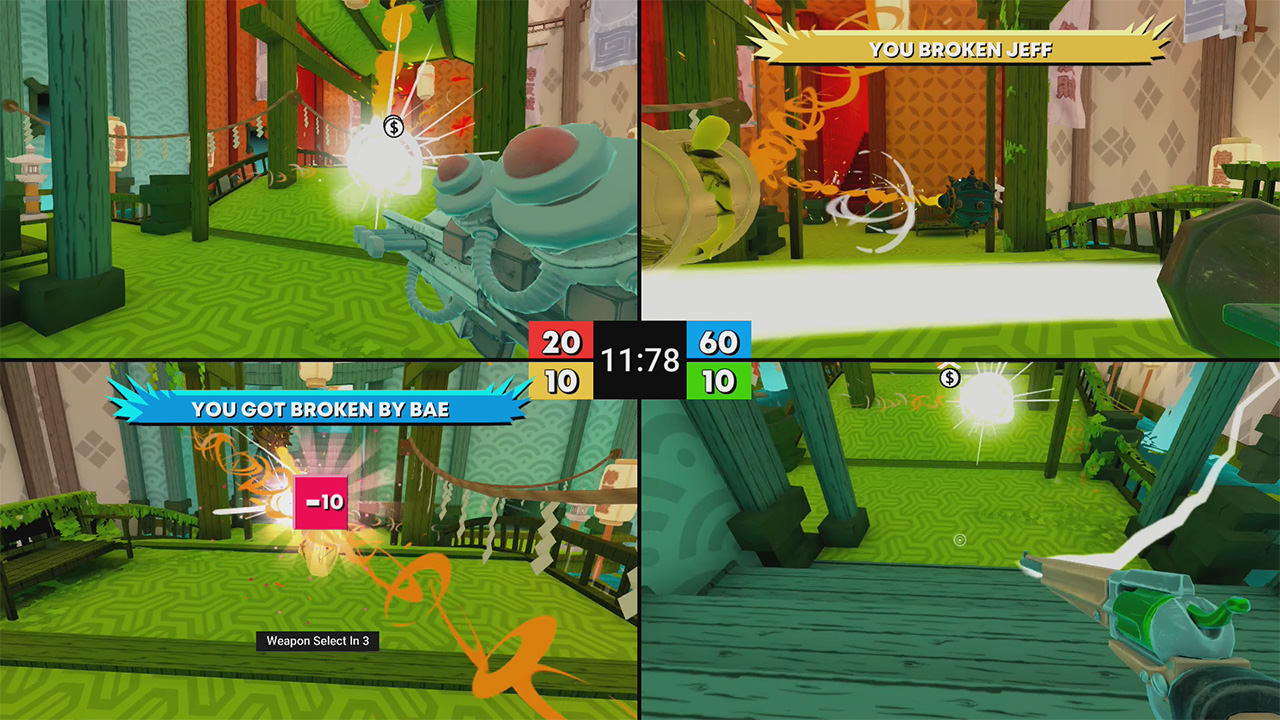 What I appreciate about Screencheat Unplugged is how Samurai Punk didn’t assume the concept itself was fun enough to carry the game forward with just a handful of modes. The game has several to choose from and unlock, including a coin collection mode, a king of the hill, and even their humorously-titled “Capture the Fun”. All these modes made me more invested in the game, as it was harder to get tired of playing, which makes Screencheat Unplugged a few steps above the rest.

On top of modes, there are also plenty of stages, weapons, and skins to unlock. The stages are all varied in their layouts and stand out from one another quite nicely. The weapons are each creative and wacky, though they’re not all balanced well, leaving some to become more useful than others. The skins are purely aesthetic for your ragdoll character, but they can be entertaining to say the least.

All of this content makes Screencheat Unplugged feel like a great value, but there’s just one problem: you have to spend a long time playing to even have access to that value. The game starts you off with one map, one weapon, one mode, and a few skins. Everything else you have to unlock by leveling up. Unfortunately, the game doesn’t reward you every time you play. The more you level up, the longer it’s going to take. After playing for a few hours, I only managed to unlock two or three more stages, two weapons, and three skins. There is still way more content to unlock, and it doesn’t feel like I’ll ever get to it. Unlocking stuff can be fun, but when it takes this long, it can be more trouble than it’s worth.

As its biggest draw, Screencheat Unplugged is essentially the same game released before, but with remastered visuals. Having played both versions, it’s easy to see how much cleaner Unplugged is. The maps have a neat shine to them with some better texturing and models across the board. Everything has a bright and colorful pop that makes the game feel much more fun to play. For the most part, the game also runs at a steady 60 fps, though I did experience some slowdown whenever lots of things were happening involving all four players. 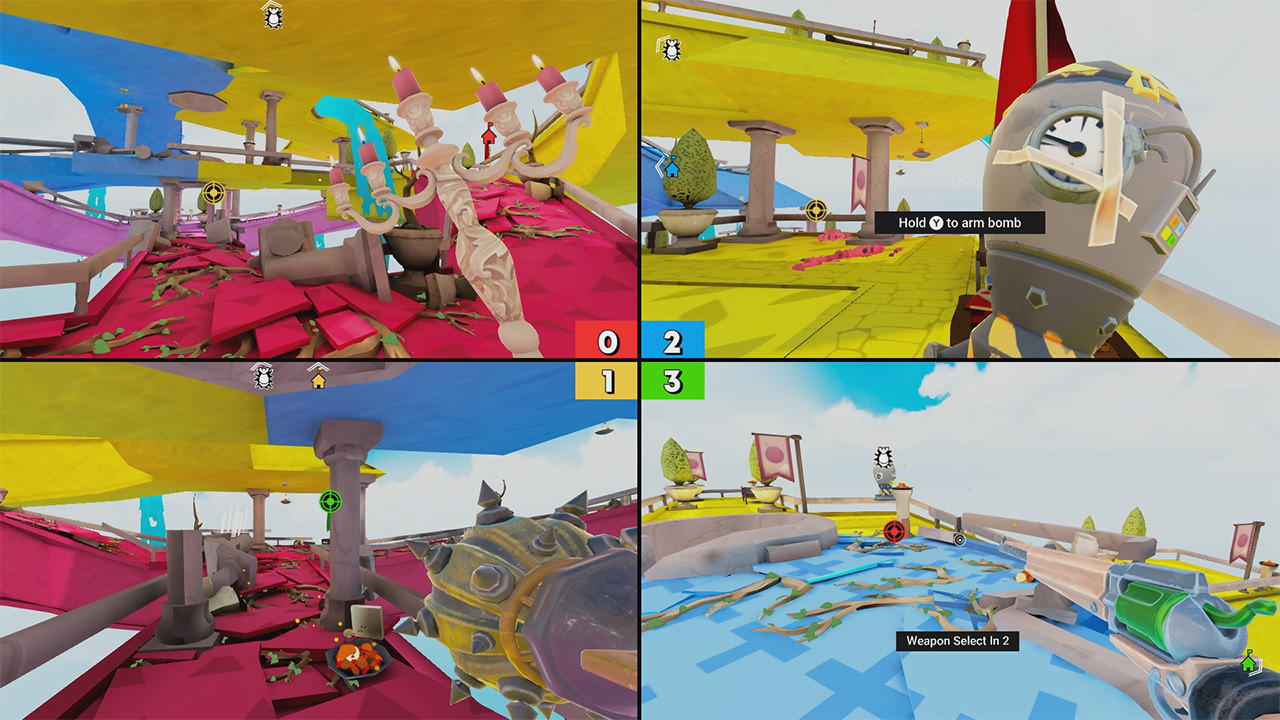 Added to the Unplugged version are some new death messages. I want to point this out because it’s clear that the developers, and by extension, the game have a great sense of humor that established gamers will find quite entertaining. It’s nice to see developers have a bit of fun with their game.

Disclaimer: A review code for Screencheat Unplugged was provided by Stride PR.

Screencheat Unplugged is the definitive version of the game. Each match is as intense and fast-paced as before, but it's all set around a fresh coat of paint that just makes the game feel better and more polished. With several modes and stages to go through, this game is sure to keep groups of friends busy for hours.