by Devin on December 17th, 2018 in Nintendo Switch Reviews 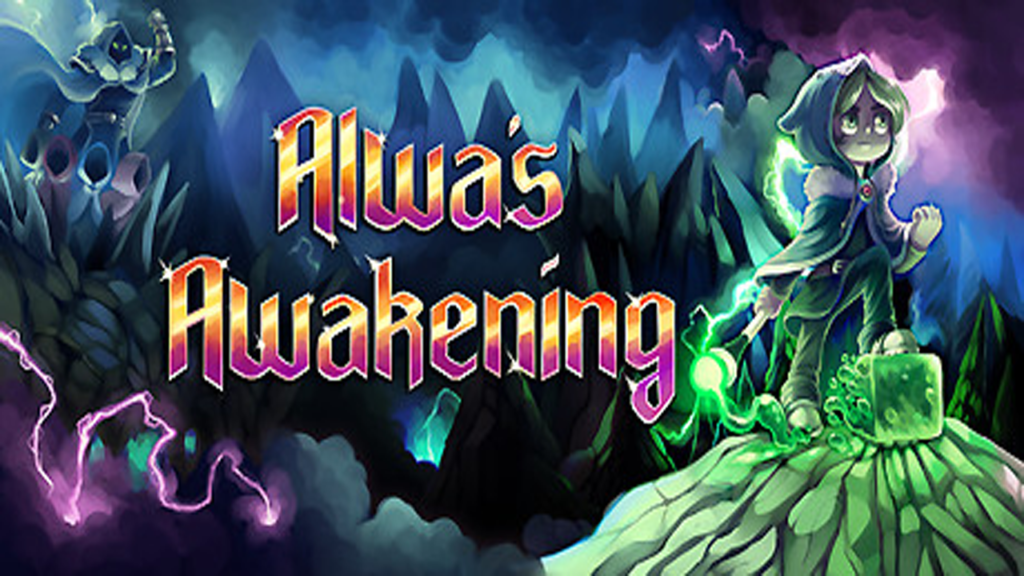 Alwa’s Awakening is a “Metroidvania” style game that plays into the love for retro games while delivering a new and addictive experience. The crew at Elden Pixels open the game by saying they “poured [their] heart and soul into this game”, and you can tell.

You are Zoe, sent to save Alwa, a magical region oppressed by a menacing evil overlord and his  wizard lackeys. You hunt through dungeons and the wilds of Alwa, searching for magic to learn to help you defeat your foes. You have options of many paths to follow, rather than a linear progression from which you can not stray. Sometimes that may mean you get trapped in a dead end, but it also means you often find an unavailable route that you can go back to later. 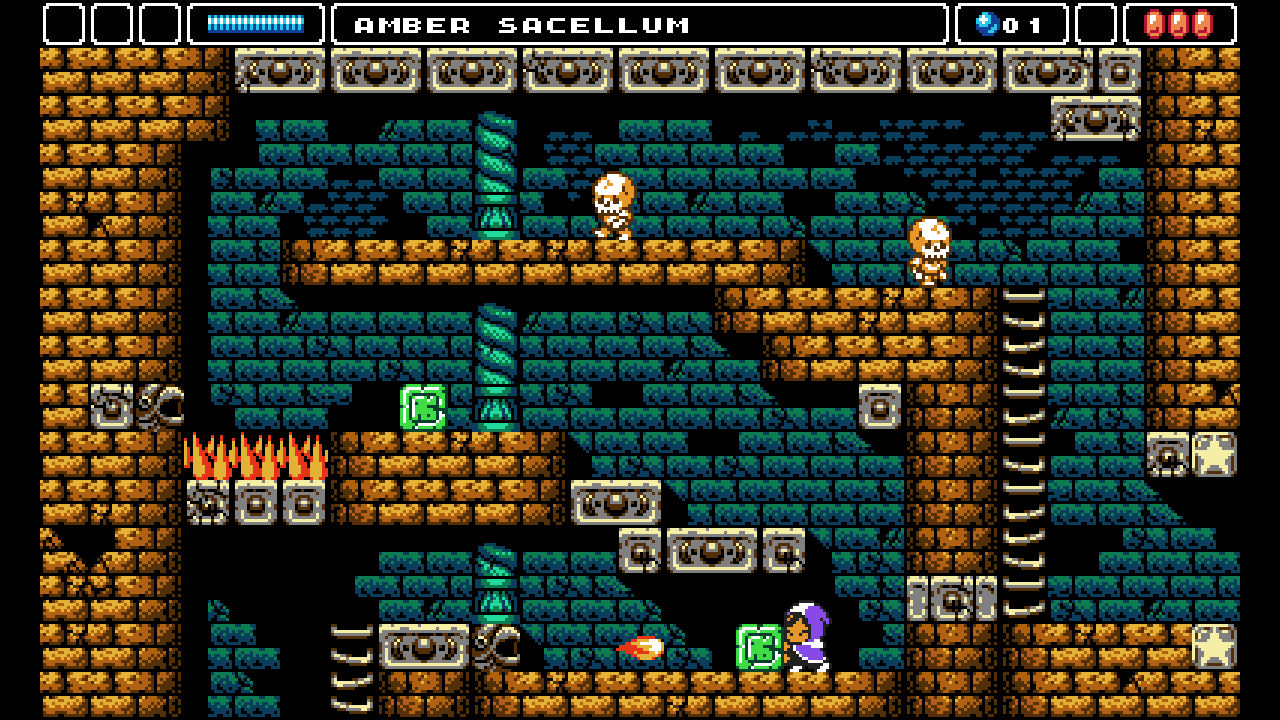 You start the game with a magic staff that you use primarily to smack enemies over the head. As you progress, however, you earn power ups that allow you to access new parts of a level or cause more damage to enemies. These power ups stack well, and you often get a glimpse of the locked locations you’ll be able to get to later on, when you’ve gotten something new.

Alwa’s map is large, with many different areas to explore. The design is beautiful, with the colors and textures shining in 8-bit style. It’s gorgeously true to the vintage style, and will bring a sense of nostalgia to players who love NES originals. The plain black screen after death, complete with at times embarrassing death counter, is another nice detail.

This is a platformer that truly embraces platforming as the challenge. There are plenty of enemies, and many are fairly simple to beat. The boss fights give a challenge, but each also requires using the environment to your advantage. The obstacles give you a run for your money, and there are few options available for healing. You can get one jug for water to heal after death, occasionally monsters drop hearts, or you can hit a save point. Other than that, it’s you with three little hearts, and that’s it. This is a game that will punish you for not paying attention or trying to run through a sequence you’ve done many times. Your timing in some of the later parts of the game has to be exact, and sometimes you have what seems like a pixel of space between you and certain, spiky, death.

Alwa’s Awakening encourages you to take the tougher routes to nab blue orbs. If you have enough orbs, you receive a small, but significant, boost in boss fights. It’s a great incentive to really search through each level and figure out how to reach destinations that look impossible. 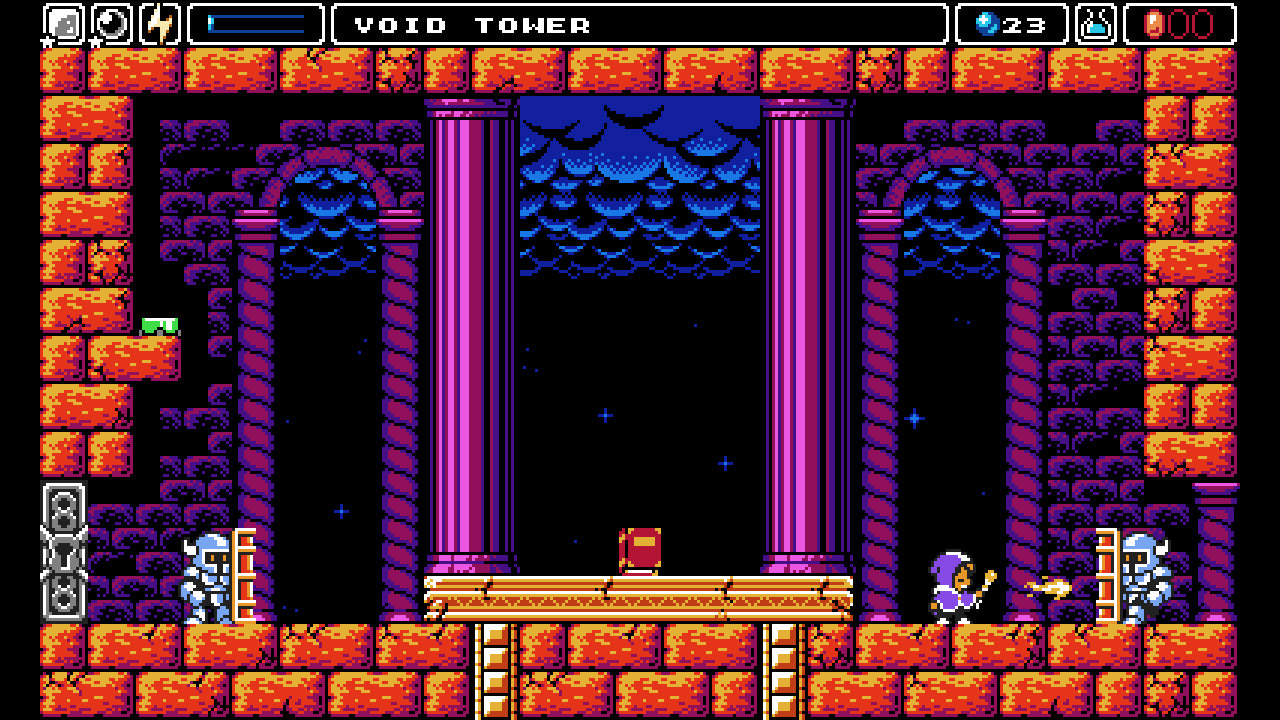 There are a number of locations that look completely blocked off that are actually just hidden behind a false wall, ceiling or floor. Sometimes you can follow an enemy through one of these invisible walls, but more often than not it will be a hunch or accident that brings you through a shortcut, or sets you back.

The platforming often requires precise timing, made frustrating by the occasionally weak distinction between a hard and soft press of the jump button. Additionally, a couple of animations can cause a lag, leading you to miss a jump and plummet to your death. These minor frustrations do little though to reduce the enjoyment you get from this game.

Any other frustration simply comes from dying to the same obstacle over and over, and not being able to put the game down. Alwa’s Awakening is an incredible game, and definitely one to pick up. The Elden Pixels team knocked it out of the park with this one- can’t wait to see what they do next. 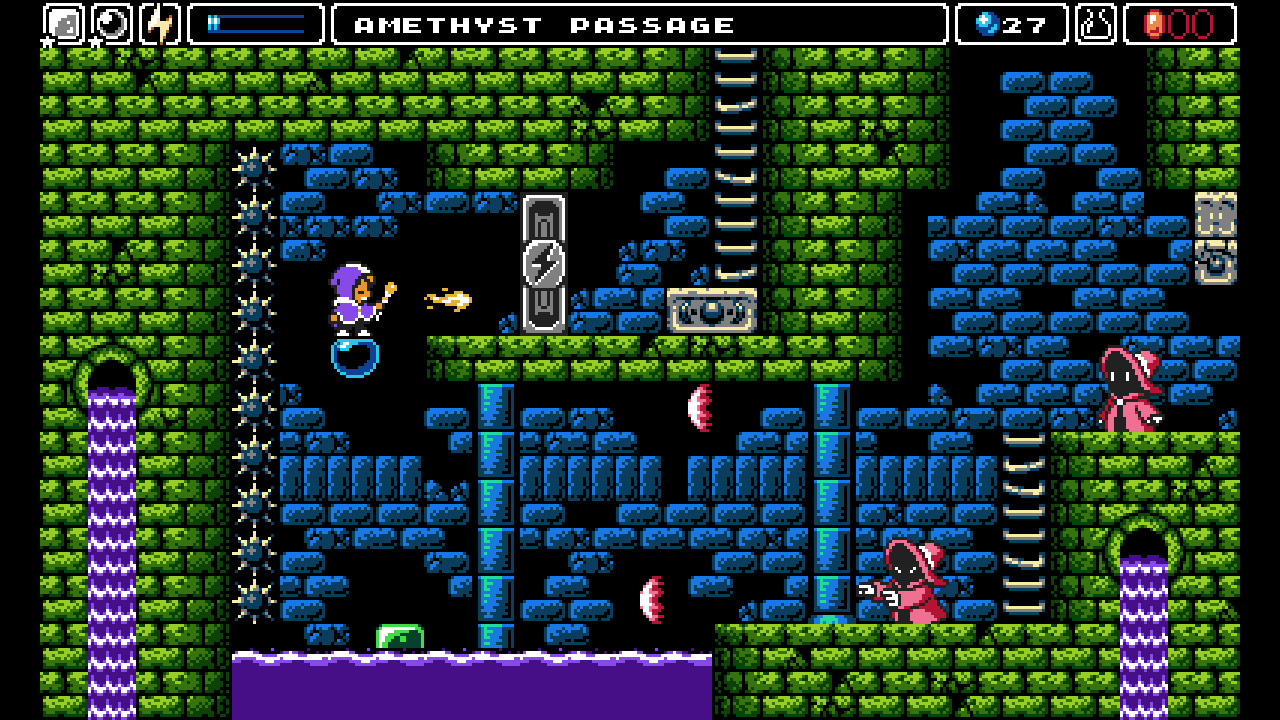 Disclaimer: A review code for Alwa’s Awakening was provided by Elden Pixels.

The art and music are beautiful, and the design of each area is unique. The game builds naturally in difficulty and complexity, allowing you to improve your platforming and use of skills to the point when pinpoint accuracy is required. You may have to fight through the frustration of the wide spans between some saves, but it's all worth it. Plus, for only $9.99, this is a game you can't miss.