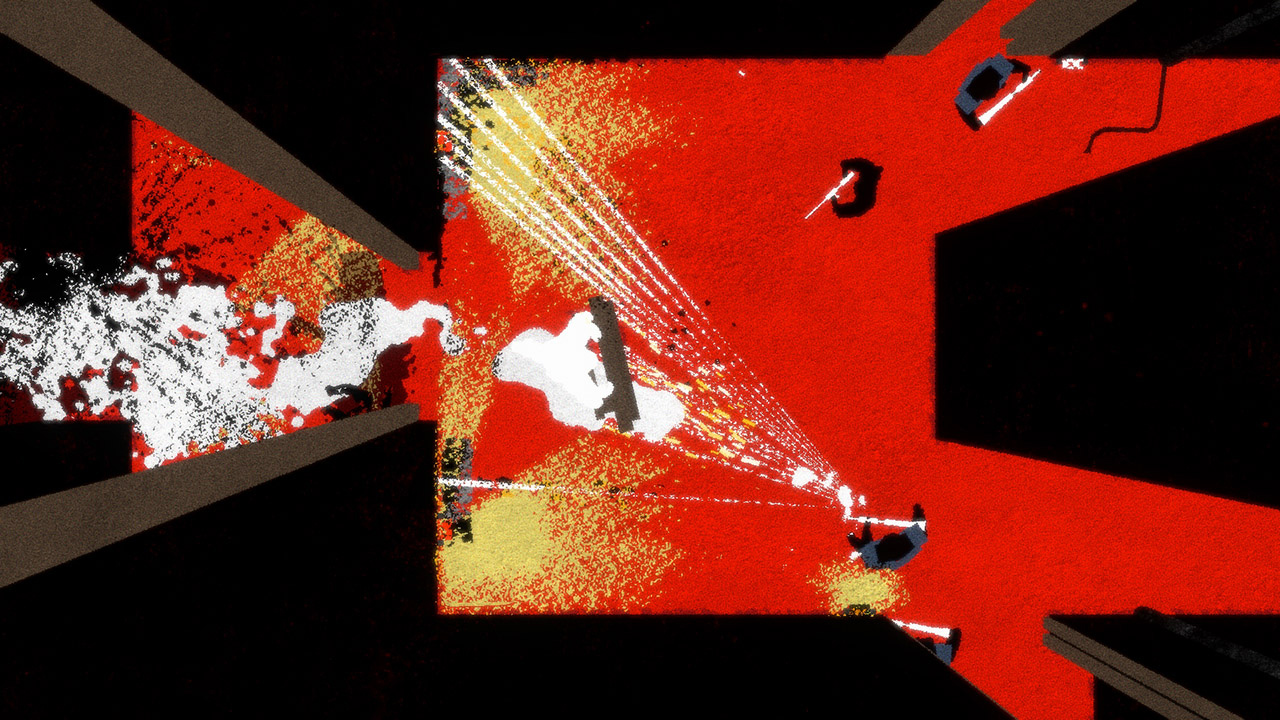 PRESS RELEASE – Despite what previous media alerts might have claimed, Ape Out is slamming its launch fists into Nintendo Switch and PC on Feb. 28. Developers Gabe Cuzzillo, Matt Boch, and Bennett Foddy demand that all Ape Out enthusiasts get 60 frames in each glorious second of the game and Devolver Digital was helpless to stop their madness.

Consumers around the world can show their appreciation for a good old-fashioned delay by pre-ordering the game on Nintendo Switch to prove blind loyalty to framerate.

Ape Out is a wildly intense and colorfully stylized smash ‘em up about primal escape, rhythmic violence, and frenetic jazz. Build up nearly unstoppable momentum and use your captors as both weapons and shields to crush everyone on your procedurally generated path to freedom.