by Pete on February 20th, 2019 in Nintendo Switch Reviews 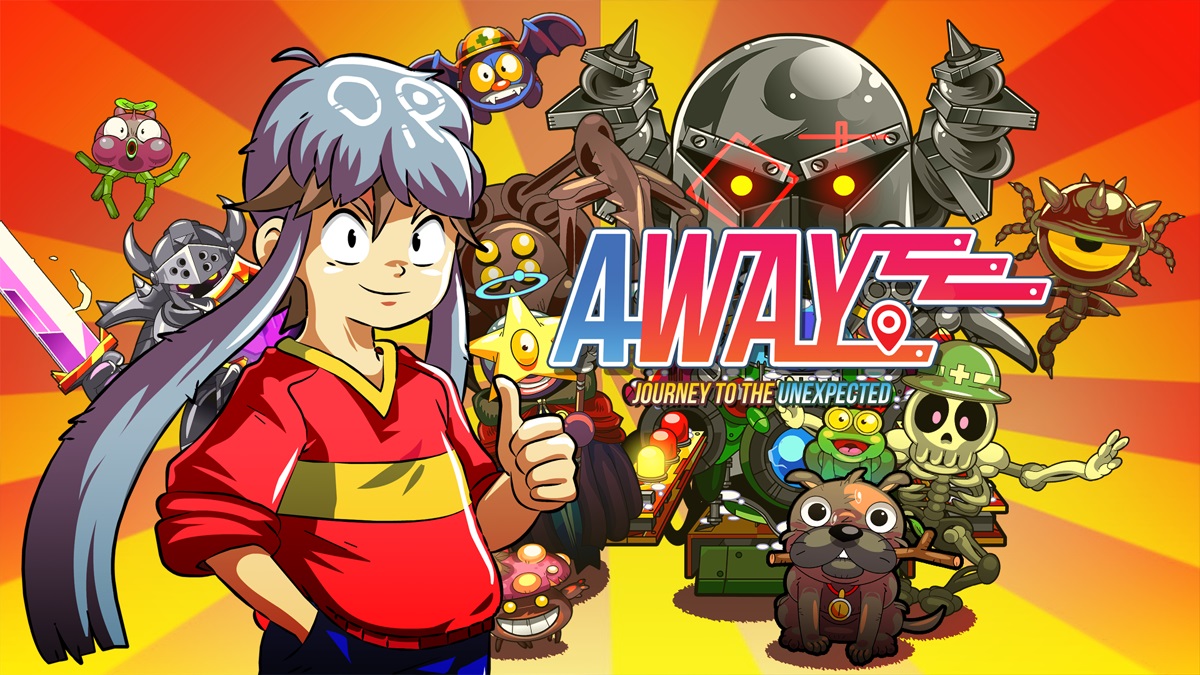 A first person shooter that has world-mutating alien invaders, flying bats with regenerating hearts, and robot mercenaries sounds like the perfect escape for any world-weary shooter fan who has had enough of the grim realms of DOOM and Wolfenstein. Do these influences from Saturday morning anime and roguelike RPGs translate into a coherent, playable and fun game?

Away: Journey to the Unexpected takes on the daunting task of trying to reinvent various RPG elements in an FPS style, following a young Shōnen jump style hero as he looks for his missing parents. The story of the game is very simple and is summarised in the hero’s journal which you can check from time to time. One of the first things you realise when playing the game is that the sensitivity of the right stick for maneuvering the camera is all out of whack. It took a little bit of adjustment in the menu but it still didn’t feel right, just something you have to get used to. 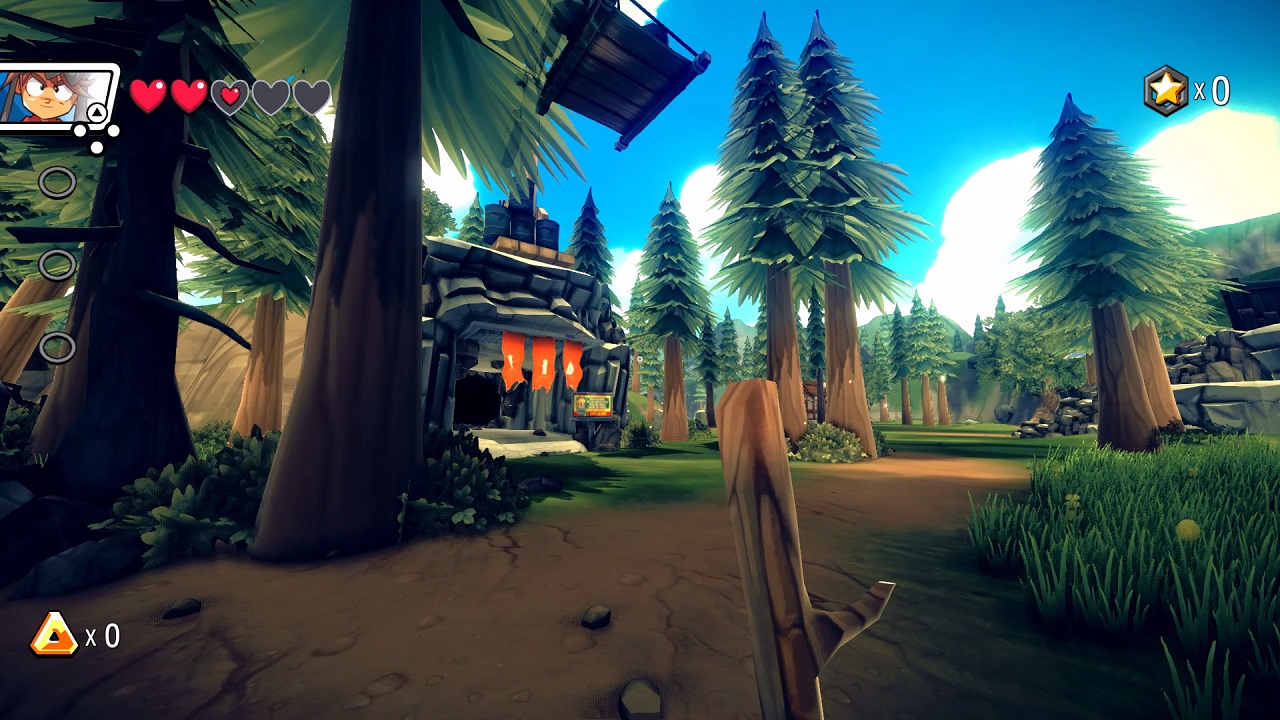 In keeping with a distinct Journey to the West inspiration, the weapon you have is a stick and your shield a pot lid. It’s cute, but these types of combat have never been successfully done in a FPS. The Elder Scrolls games tried, Kingdom Come recently did something new with sword combat, but ultimately it’s never been a definitive way to do fighting in a FPS. There’s something about hit boxes and distance from enemies that never feel like your hits are landing properly. Away: Journey to the Unexpected has cross-hairs that let you know when to attack, but sometimes they’re not even necessary leading to more questions about the accuracy of this type of combat.

You leave your grandparents house and venture to the woods to find friends to help you with your journey. After receiving an item, you can bring on the NPCs that you meet into your party to help fight on through the dungeon. While your main character has one of the more flawed sets of weapons for a FPS, it is an inspired choice to have multiple ways to attack enemies through these proxies. They are there for backup to take a few hits in a tough spot, and in some cases have stronger moves that can clear out dungeons quickly. 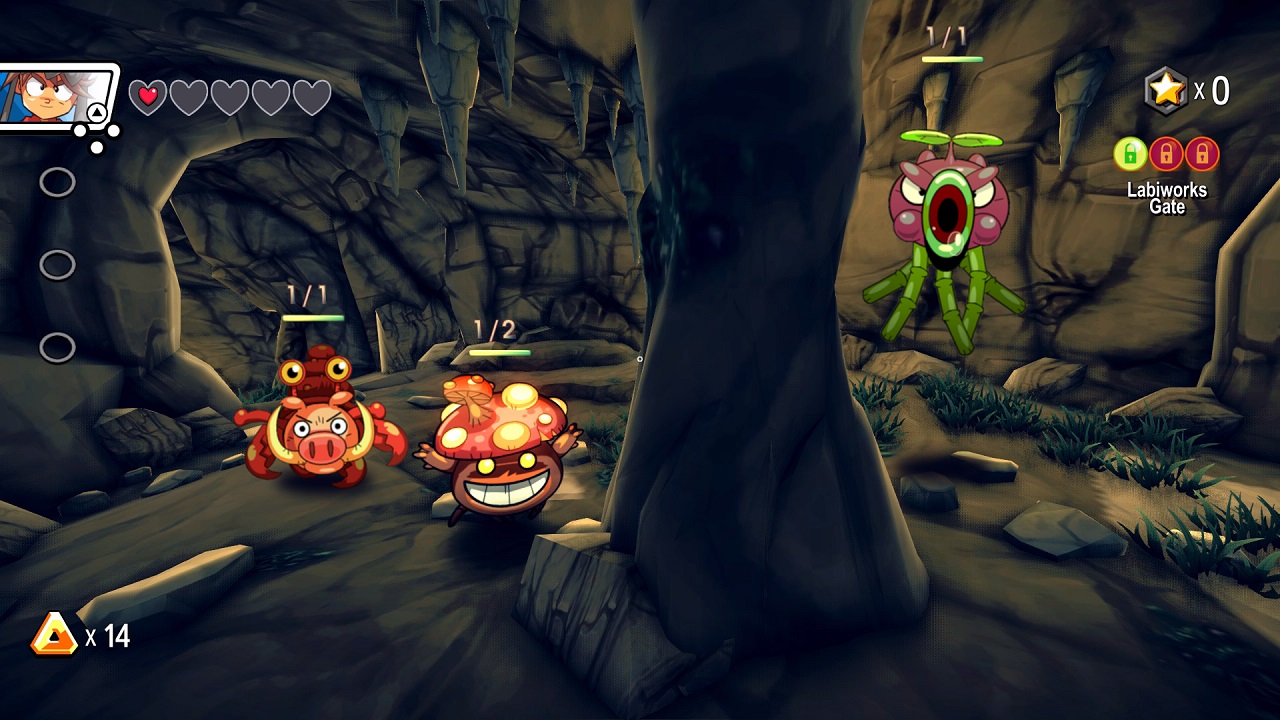 There are areas that are mostly unchanged where you can visit a shop and recruit friends, but the roguelike elements come to play when you enter the dungeons. Every time you die, you go back to your house and start on a new path, resulting in a different dungeon layout. These are never hugely different, but it’s enough to make you realise things are changed around sometimes. Death is a painful and time consuming part of the game, but with each death you gain experience points, giving you shortcuts and advantages to your next run.

The more NPCs you recruit, the more Stars you get for progression to new areas and eventually the last boss. This becomes frustrating after a while because if you can’t find a way to recruit an NPC on the first try, you’re going to have to keep doing new runs over and over in order to get them next time. Even after beating bosses and whole areas, this is the only way to progress in the game and as much as I like their designs and gameplay elements I was not thrilled to go back and forth trying to get them on my side. 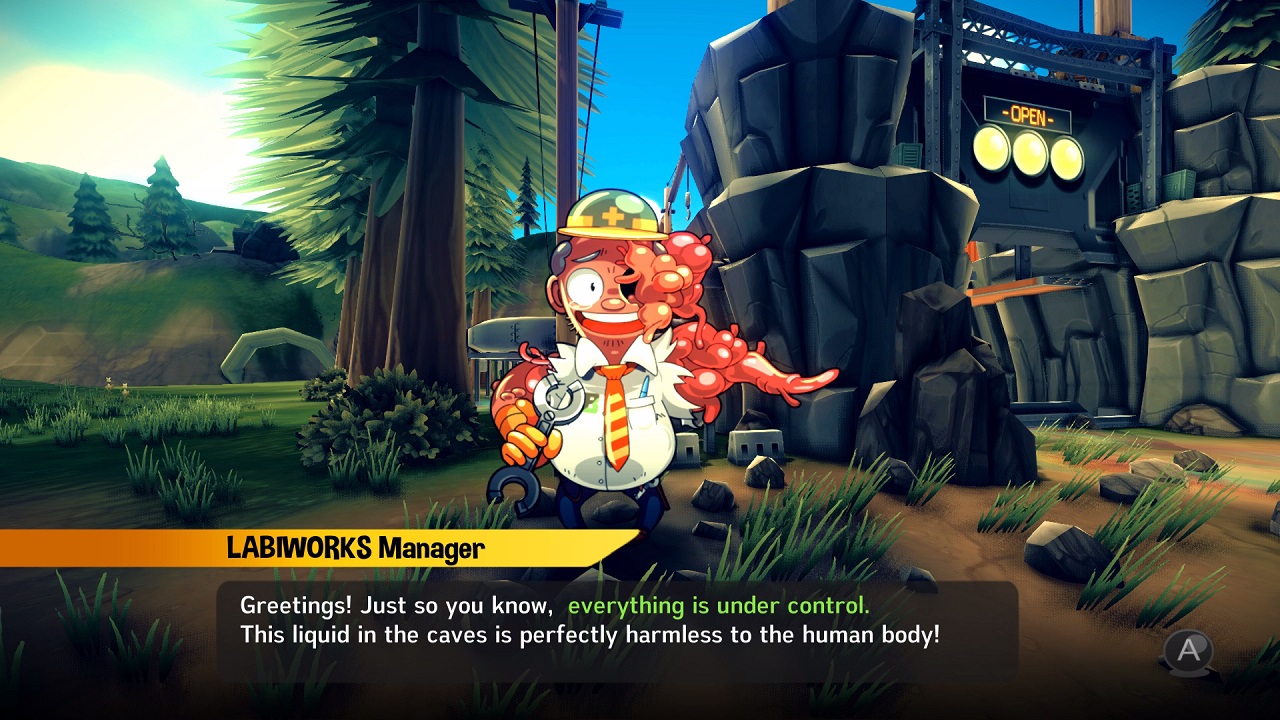 I remember seeing previews for Away shortly after the debut of the switch and while I was impressed back then, now I’m not too sure. The high point is the 2D character animations which look great and really bring something out in the 3D world. The world is kind of a boring dull landscape, but it was these characters that caught my attention in the first place. The frame-rate while jogging around can drop to an annoying slog and while you can explore the game easily, there’s nothing very appealing about how it looks.

Disclaimer: A review code for Away: Journey to the Unexpected was provided by the publisher.

Away: Journey to the Unexpected is Mediocre

While it certainly was ambitious in its attempt to make a feelgood FPS, the execution in Away: Journey to the Unexpected is a little lacking. It tries to do many things at once, like fight enemies, make friends, get collectibles, clear dungeons, but everything feels like a chore a few hours in. That said, there was a few times where I did feel myself having some fun – but the drawbacks as a whole make it difficult to recommend.