by Pete on February 25th, 2019 in Nintendo Switch Reviews 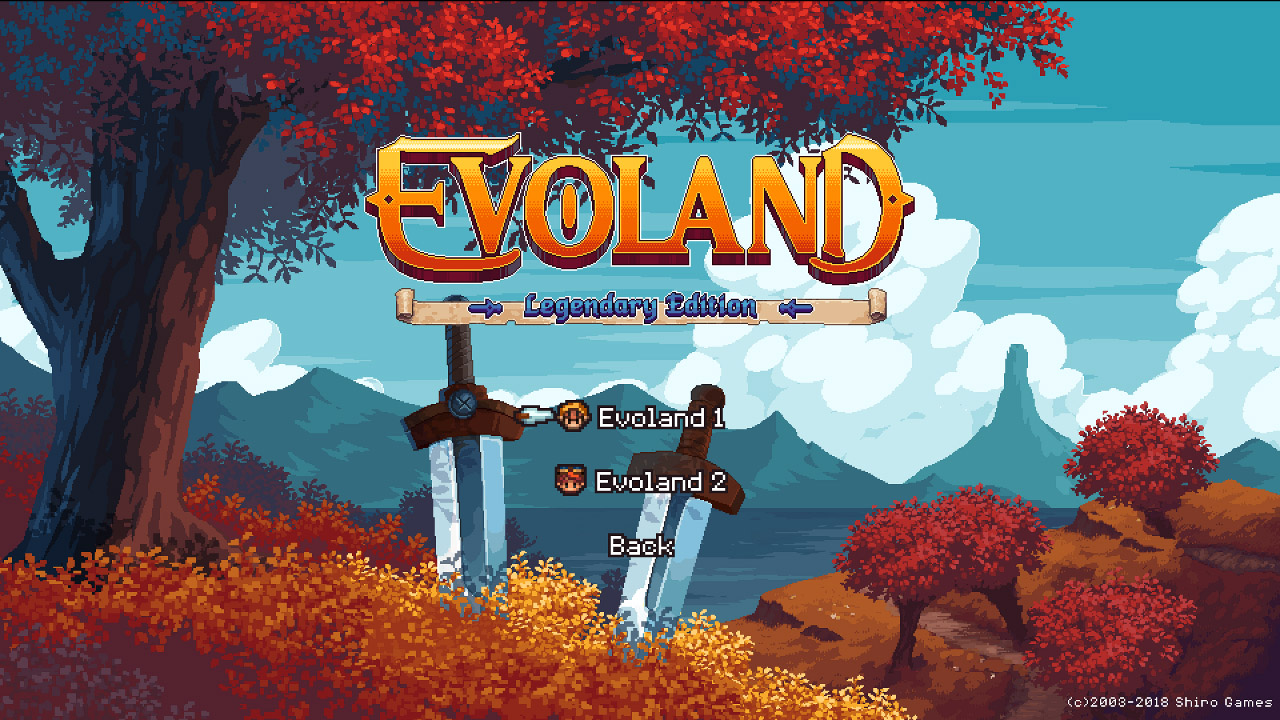 Nostalgia is a powerful drug that can often dupe you into thinking things were better than they were, and some forms of new media that rely heavily on it can almost tarnish the good memory we have of our past loves. Evoland is a series that puts gaming history at the core of its gameplay mechanics and art style, putting the player through a ringer of different situations that spark memories of classic titles like Final Fantasy, Zelda and Diablo. But can it really pull off this ambitious gambit where so many have failed?

The Legendary Edition for Switch is a compilation of two games previously released for iOS and Android, Evoland and it’s sequel, Evoland 2. While both games employ a similar formula, they vary significantly in quality. Evoland has an interesting idea to play around with, in that the further you play through, the more gameplay and graphical elements you unlock. You start with a main character in a black and white silent area, which has some chests littered around. With each chest you open, you unlock either an action, method of movement or even some sound effects. 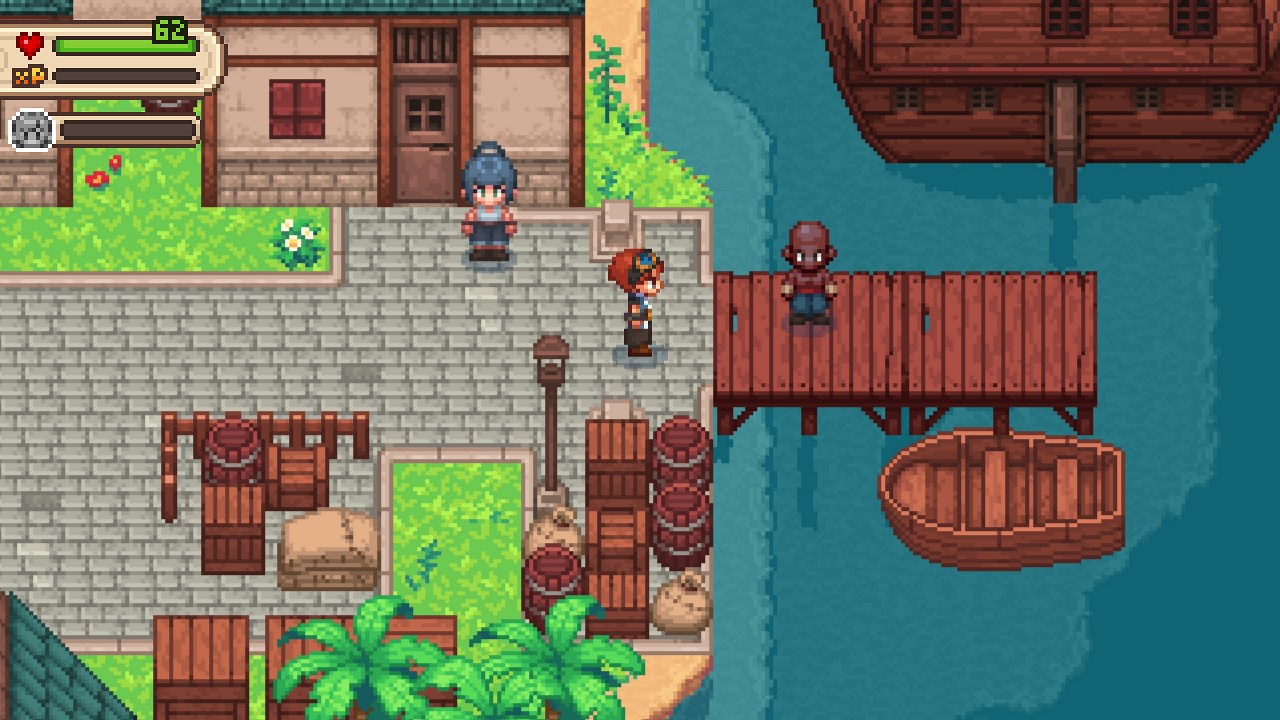 Within a little while, you get colours and make the move from 8-Bit to 16-bits. It’s quite fun to do these little jumping stones through game history as you move to a world map and start taking on random battles with references to games you played back in the day. After a while there’s a little story and the graphics get better, with towns and characters to talk to. It has a great sense of humour about the whole thing too. The game does stop evolving after a while, but does little things like sending you back in time to other eras, throwing you back to 16-bits to solve some puzzles.

It’s ambitious, but does get a little bit tedious after a while. By the time you face down the last boss around the 5 hour mark, you’ll be so done that it’s hard to even consider doing the optional content leftover. It’s a quick experience that’s almost over before you get started, but admirable for its attempt to squash these various genres together as gaming history evolves. It’s a shame that it all feels quite by the numbers in terms of story and style, feeling like a very basic Final Fantasy III clone.

I was ready to dismiss Evoland until I starting playing the sequel straight after. It addresses quite a lot of the issues I had with the first title and expands with a story that has had a bit of effort into the writing and balancing of the gameplay. Evoland 2 starts you off in 16-bit glory, a peaceful time where everything is good for the heroes, but through accidental time travel you are cast back to the 8-bit era, where war rages on between the people of the world. 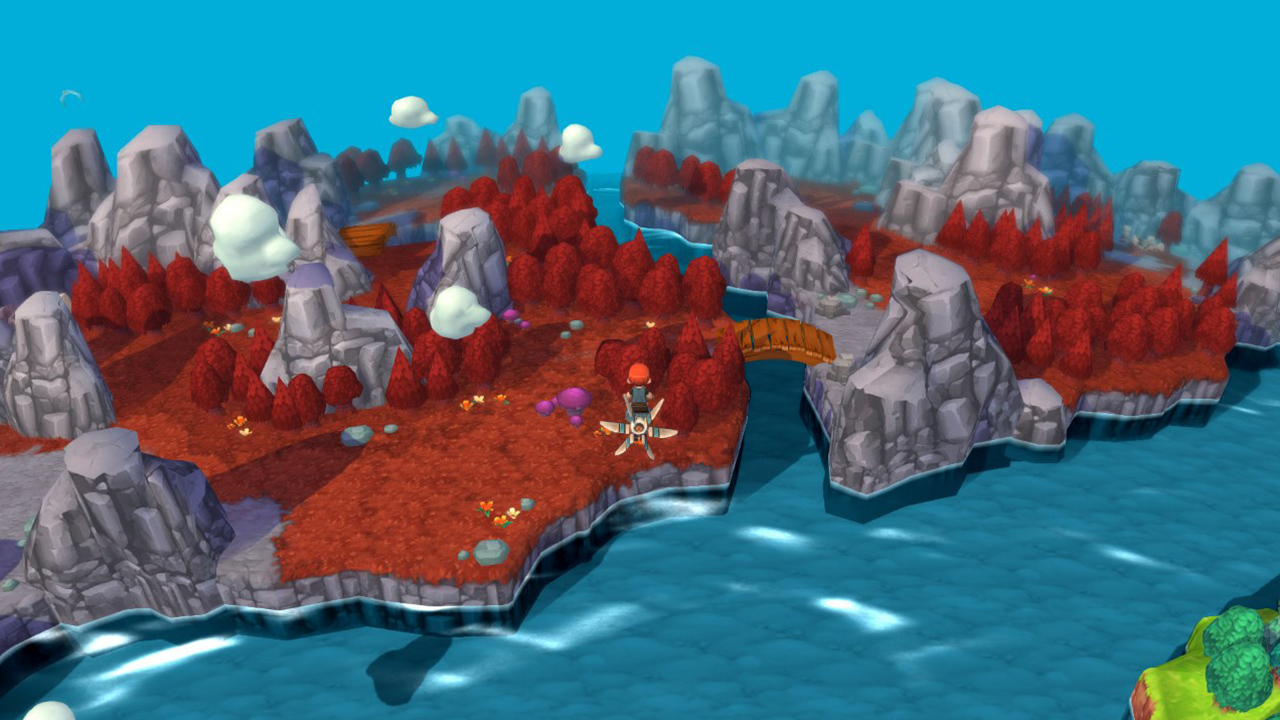 The characters are more charming, the graphics have so much more detail and the gameplay is engaging enough to keep you pushing onward. While the original game feels like an experiment, Evoland 2 does so much with that groundwork to make an actual RPG that feels authentic and fun. It starts with classic Zelda goodness and develops with stealth and platforming segments as you pick up new characters along the way, feeling fleshed out in ways the first could not. It’s about 20 hours of tropes on classic games, done in a way that certainly impresses in parts of it’s execution.

A surprising little gem lies here in the form of Evoland 2 but it still feels that to appreciate where they got the starting point you might have to play the first one. It’s funny, because this game about gaming history now has its own little history along with it. There is one problem I had with both games and I’m not sure if it’s a porting issue that can be fixed with a patch, but the audio has looping problems.

Especially with the first game, the audio doesn’t loop properly so it has a jarring stutter every minute or so which becomes very annoying. In the second game it’s not so apparent but it’s still there. That’s one thing that other games in gaming history were able to do that this game wasn’t!

Disclaimer: A review code for Evoland: Legendary Edition was provided by the publisher.

Evoland: Legendary Edition contains enough to justify playing if you’re interested in RPGs that do something a little different. Whatever problems I had with the first game are nullified by the great work they did making the second a worthy title and more than just an experiment. Sometimes playing to nostalgia can get it wrong by being derivative of the past and not doing anything new, but in this case they did something interesting which can be just as good.