by Link-NM on March 6th, 2019 in Nintendo Switch Reviews 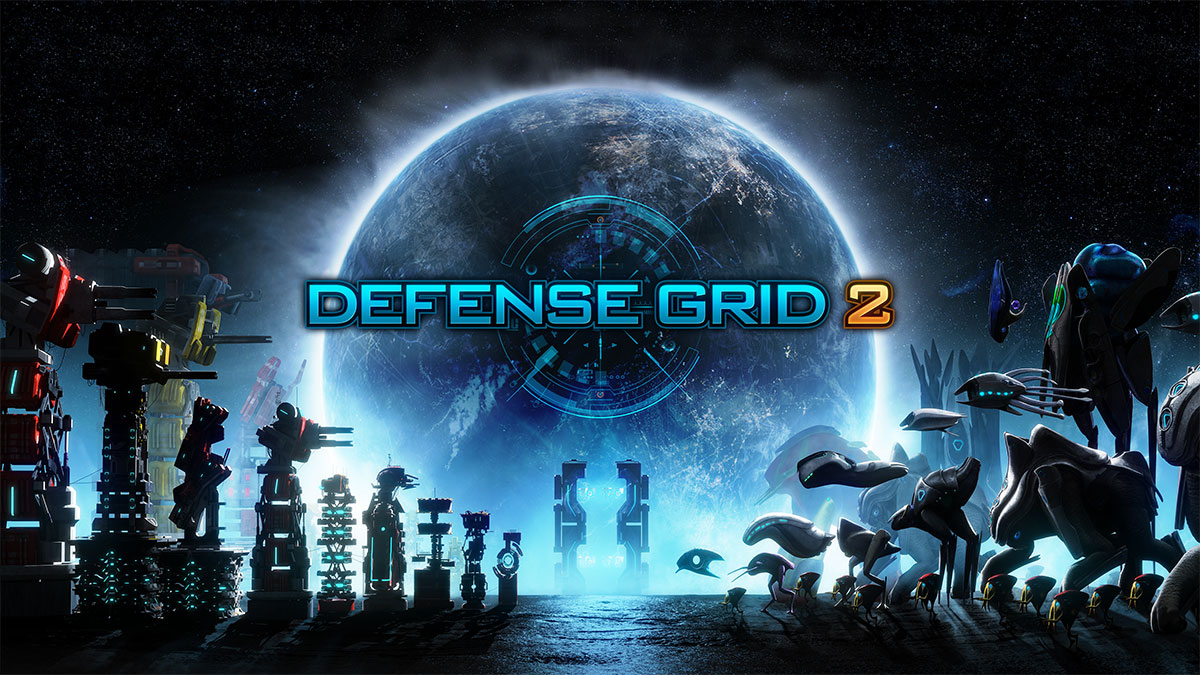 Previously released on PC, PlayStation 4, Xbox One, and even on VR, Defense Grid 2 finally arrives on a Nintendo console through the Nintendo Switch. This also marks the first time the developer has released a game on a Nintendo console. As usual, though, the big question everyone asks when these ports are released are if the game runs well.

Developed by Hidden Path Entertainment, Defense Grid 2 is a tower-defense game in which your objective is to protect the energy cores from aliens. As you progress through the game’s levels, the sci-fi story is also told by short radio communications you receive before and after each stage. While it’s not relevant to the gameplay at all, it provides a nice context to the game’s atmosphere around AIs and the battle against invading aliens on different planets. 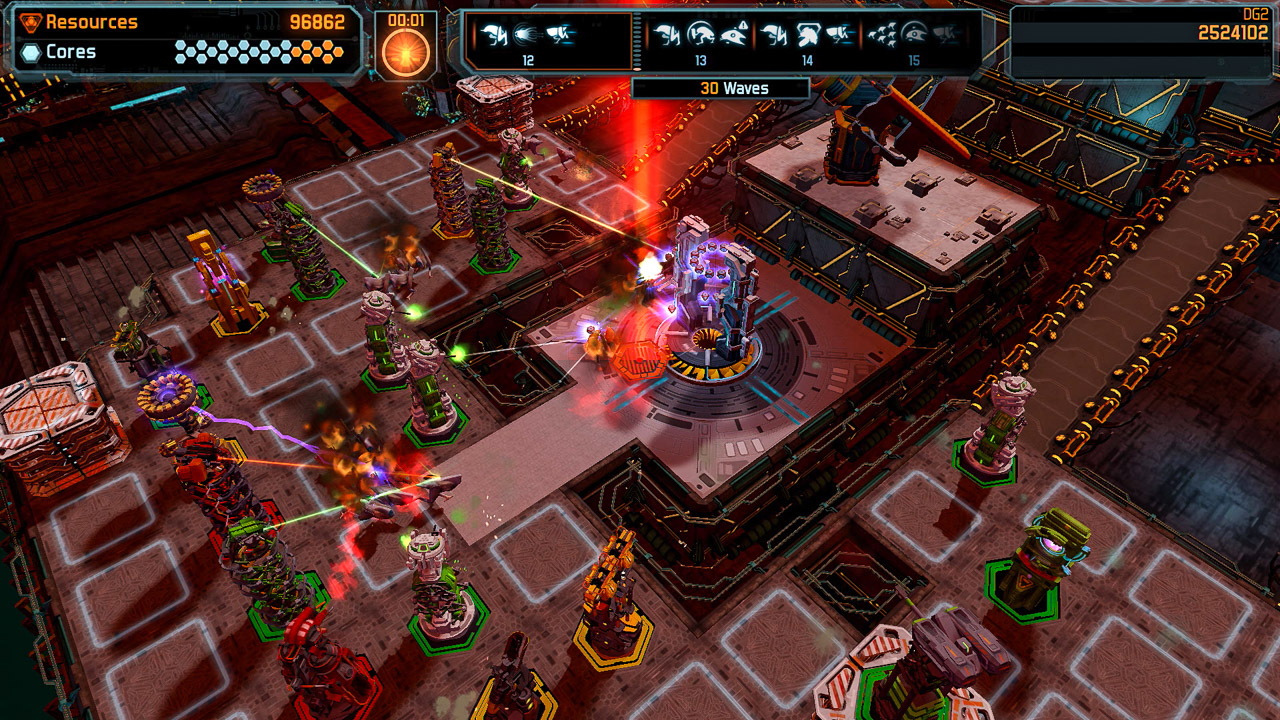 The game plays as you would expect from any other tower-defense game. When you start each level, you can move around your cursor with the left stick, rotate the camera with the right stick, and press A on a location to open a menu and select a tower to build. Each type of tower works in different ways and has its own cost to build, which forces you to think well each decision you make. The game also provides the necessary information about how many waves of aliens are left, what wave are you currently in, how many cores you have, and how much time is left until the next wave starts.

Through the game’s story, you will get more type of towers and different ways you can use them. Additionally, you can also unlock a variety of power-ups you can set to each type of tower, such as making one type be more effective than they usually are against shielded enemies. And if by some reason your towers aren’t good enough during a level, you can also attack with a special weapon to the place where you cursor is pointing at. The effects of this special weapon can also be selected and more effects are unlocked with game progress. This special move can’t be abused, though, as you need to wait for a certain time before you can use it once more. 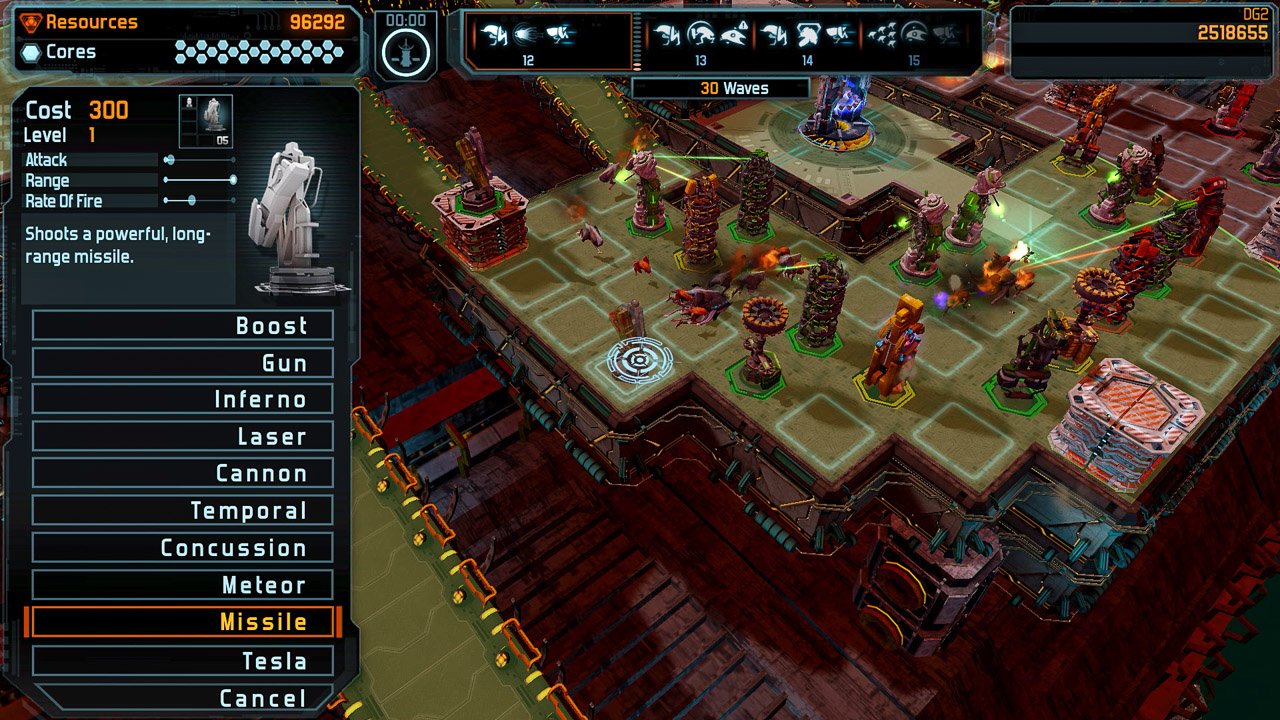 As stated before, the main objective in the game is to protect the cores from the aliens. The amount of cores you have is displayed on the screen at all times during the level. To clear a stage, you only need to have at least one core safe by the end of it. But if you do this, you would always end up with a bad score. Thankfully, the game is also quite detailed about the current information about each core. You can easily tell if a core is currently safe, away but still in play somewhere in the map, or already gone and lost.

The type of aliens you’ll have to defeat is also quite varied, with some preferring to go in groups or some even making some of your towers malfunction at times. Each of them can be countered with the right tower in the right position, though. The game starts with the simple aliens and naturally adds complexity as you go through the game’s levels, always pointing out the new enemies or offensive options when needed at the start of a stage.

One of the interesting features of Defense Grid 2 that makes it so every playthrough is different is that the area where the aliens travel can usually also be the area where you build your towers. This makes it so you can force the aliens to change their path in the way you want, which adds to the strategy element of the game. It also adds a lot of variety to the options you have and score you can ultimately get. 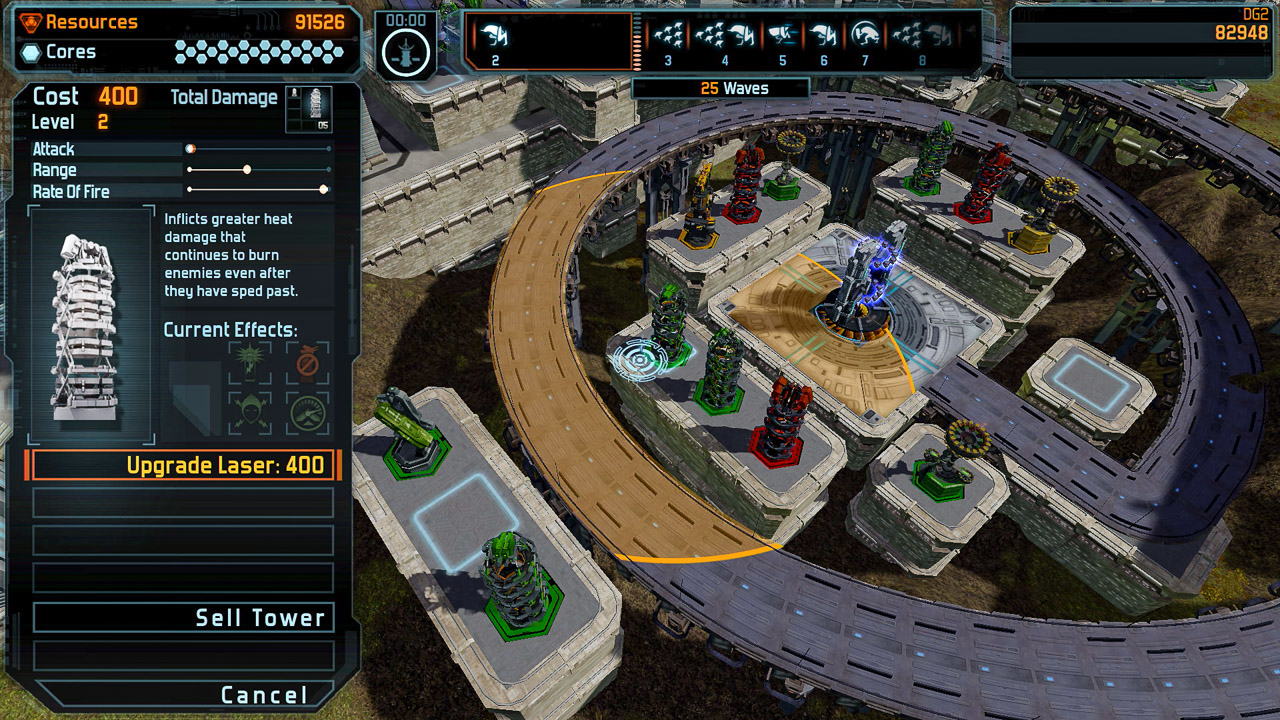 In a good way, this is a game that is very time-consuming. Fortunately, the developers have also included a button to speed up the action for players who are already used to it. And for people who want to fix a mistake and are trying to get the perfect score, there’s also a button that helps you rewind to the start of the last wave. Additionally, there’s also a button to show the path that the aliens are taking and one to enable a heatmap showing how much damage you are doing to the aliens, both which are really nice features if you want to maximize your score or help you understand better what’s happening in the map.

Defense Grid 2 also has several modes to give even more variety to each level. Two of these modes are local 2-player modes in which you must co-operate and coordinate with another player to clear the stage. Besides the variety of modes, each level can also be played in different difficulty levels. And each of these combinations has its own online highscore table.

The presentation of the game is overall ok. Nothing great but not bad at all either. The game runs pretty smoothly overall and has a resolution of 1080p when docked and 720p when in portable mode. Considering that the game was originally released for PS4 and Xbox One, the graphics (including the textures) of the game look good on Switch too. There’s also not much to talk about the audio, unfortunately. It accomplishes its mission but that’s it. The most interesting part of it is the voice-acting on each level.

Disclaimer: A review code for Defense Grid 2 was provided by the publisher.

If you like strategy games and, more specifically, tower-defense ones, Defense Grid 2 is a game you must get on your Nintendo Switch. It's a game that will really make you think about how to maximize your efficiency through each level. With a good amount of levels including new exclusive ones (only available on VR before), variety of attack options, several game modes, and online high scores, Hidden Path Entertainment has produced a game which provides a really good amount of content and replay value. The game also supports single joy-con, cloud saves, and video capture. Unfortunately, it currently also has a bug which may break your default way of progressing through the story mode of the game, forcing you to always go through the level select menu instead.