by Joshua on April 8th, 2019 in Nintendo Switch Reviews 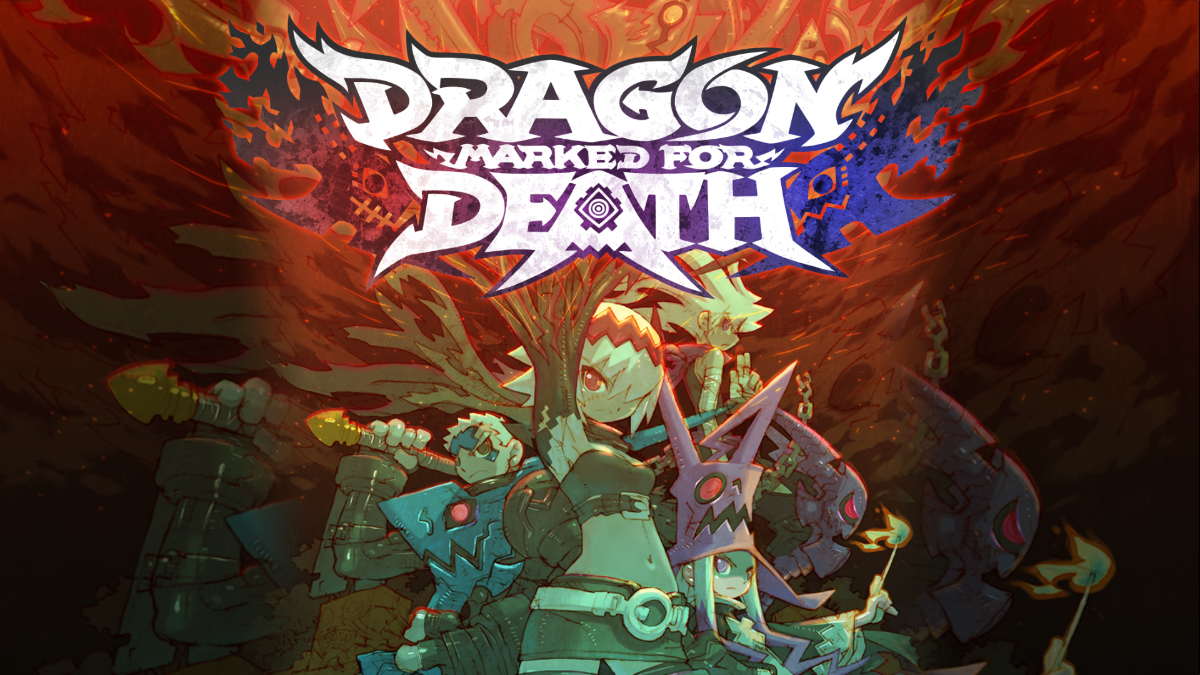 I’ve played a lot of multiplayer games by myself. It’s when those games are played with just one person that the core mechanics tend to fall apart. Some alleviate these problems by reworking their content to fit multiple play styles, but others just give a basic solution that gets the job done but doesn’t try to make the game any better in the end.

Dragon Marked for Death is a game from Inti Creates (Blaster Master Zero, Azure Striker Gunvolt) that is clearly made to be played with at least one other person. Does this multiplayer, action platformer hold up in both multiplayer and single player?

Dragon Marked for Death opens with players choosing which character they want and being introduced to a cutscene where they are given powerful abilities by an ancestral dragon known as Atruum. The goal of giving the characters these abilities is so they can enact their vengeance on the empire that destroyed their people. It’s a simple setup that is serviceable, but little more. It’s clear a few minutes in that the story takes a major backseat in Dragon Marked for Death. 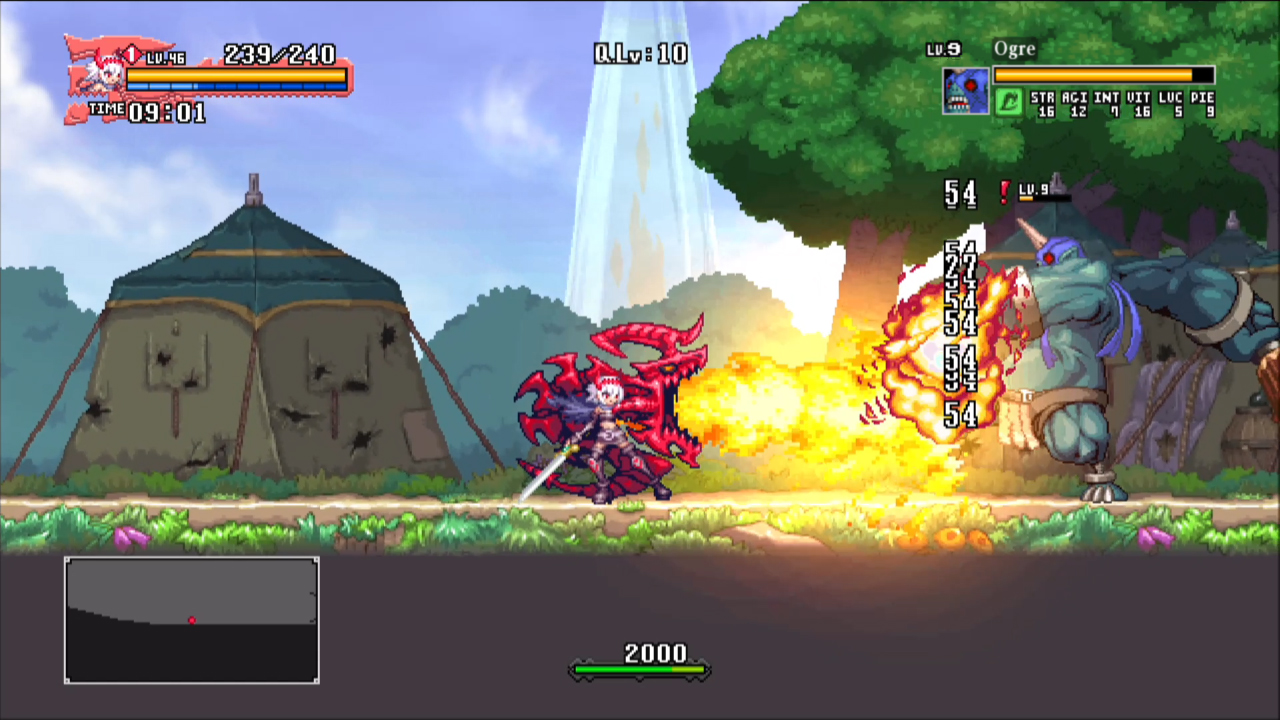 The game is a mission-based. Every time players complete a mission, they’ll be dropped back into a town that has multiple buildings to buy equipment, trade things away, and go on more missions. The town itself can be walked around in at the player’s own pleasure, but that’s as close as Dragon Marked for Death ever gets to a massive hub world.

Most of your time in Dragon Marked for Death will be spent on various missions. Each one has a slightly different objective, whether it be to escort a group of sailors or go through an ogre’s treasure hoard. That said, the way of accomplishing those objectives is more or less identical across missions. You’ll hack and slash your way through monsters until you get to a final boss that must be defeated before time runs out. Rinse and repeat.

Each time you complete a mission, you’ll be rewarded with items and gear that you can equip to your character while in the town. You’ll also get points for leveling up that progressively increase stats. While it’s not an awful system, it does make the game feel repetitive. I would’ve preferred the experience points to be used for greater combos or tactics that could increase my level of interaction with the game. However, with just numbers getting higher, Dragon Marked for Death can feel like a grind-fest at times. 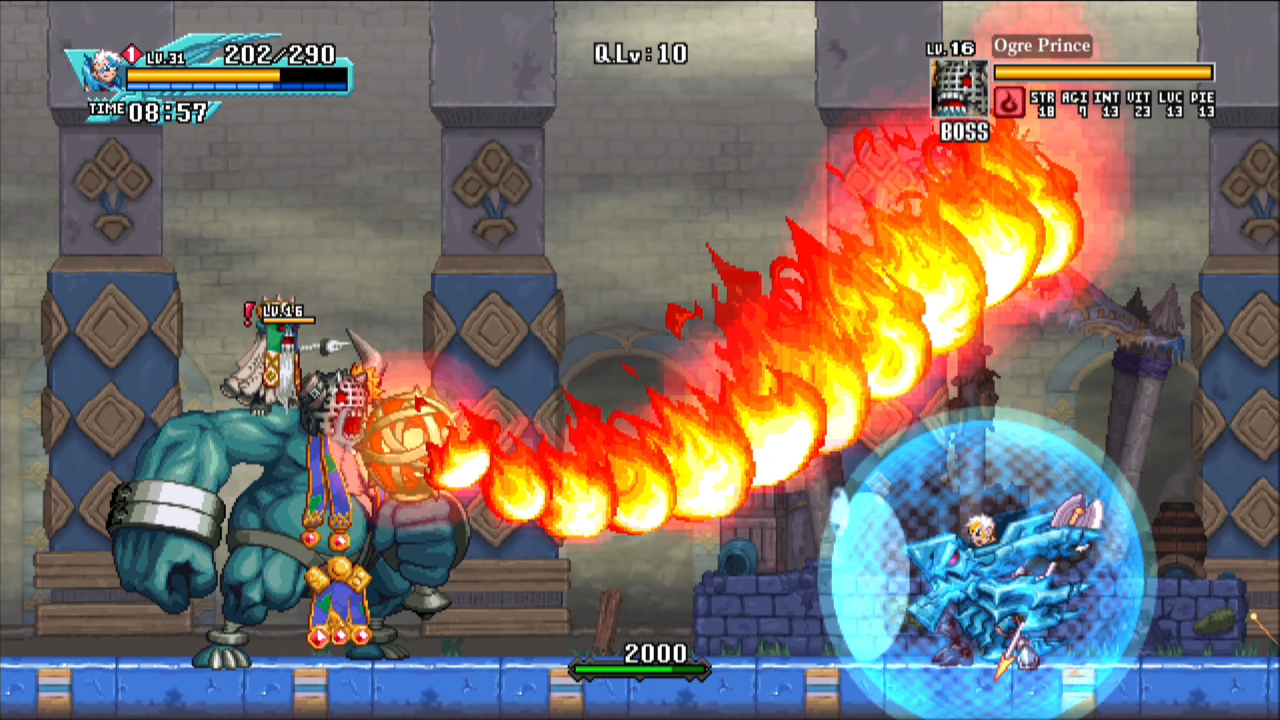 This is where I get into the multiplayer. Dragon Marked for Death is a game balanced for more players and that’s it. While the level layout may slightly adjust depending on which character you’re playing, the monsters don’t adjust. Because they’re designed for multiple people to tackle, it can often feel like a chore hacking through them by yourself. The bosses are the worst example, often feeling like damage sponges who deal high amounts of damage. Accentuating this issue even further is that, if you fail a mission, you have to start all the way from the beginning. The missions can be tedious, and with the monsters designed with more players in mind, it can feel that the game is actively trying to hinder you. Losing a mission is frustrating.

That said, the game excels when more people are playing. With four different classes to choose from, traveling through levels blasting through monsters and tackling bosses can be a fun experience. Some of my best moments were when fighting bosses with people who used classes that addressed my character’s weaknesses. If you and a group of friends give this game a go, it can lead to some fun missions where everyone is a different class and you’re always prepared for what the game throws at you next. The combat doesn’t feel so repetitive in multiplayer because multiple players are working together to get the job done, making each mission go by much smoother.

There’s another important part of Dragon Marked for Death that I need to address. The game is available digitally in two parts. Each part is the same game but with two of the four characters. Each part retails for $15. There is also DLC for $10 that adds extra missions into the game. The version this review is based on is the recently released retail version which combines all of that content into a single package for $50. 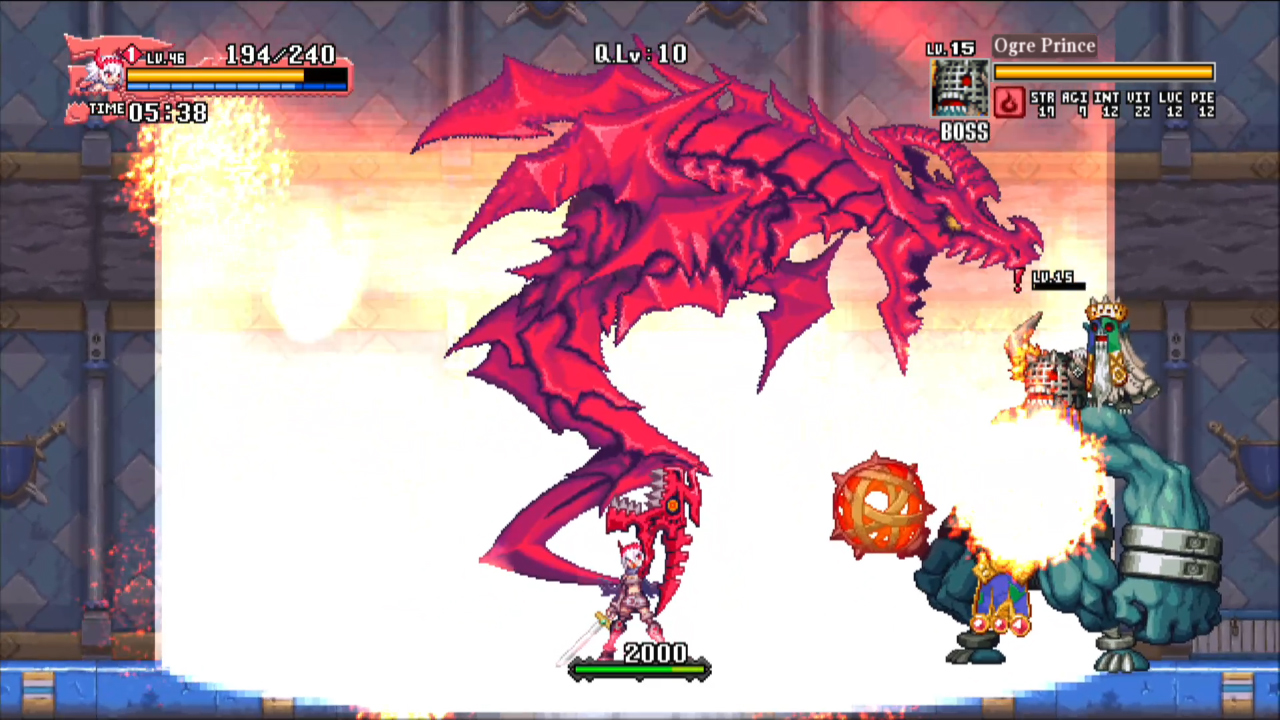 Not only can this all be confusing to keep track of, but it’s easy to wonder which version you should get. While the retail version is the definitive one, it doesn’t a ton of new content that you wouldn’t otherwise experience with one of the digital copies for less than a third of the cost. If you have one of the digital copies and purchase the other one, you’re essentially just paying $15 for two more characters. Because each of your characters levels up independently, it can feel like even more of a grind if you decide to use all four. Furthermore, if you’re going to play with friends, they’ll need a copy themselves as well as pick different characters, so it would make sense for them to get the version you don’t have anyway.

If I had to give a recommendation, it would be to purchase one of the digital copies if you’re unsure if you’ll like the game. If you’re excited for it and want to experience everything it has to offer, then the retail version is the way to go.

Disclaimer: A retail review copy for Dragon Marked for Death was provided by the retail publisher.

Dragon Marked for Death is Okay

Dragon Marked for Death has a lot of unique and fun ideas, but it feels at war with itself by actively discouraging people to play by themselves. Getting a party can be fun, but the confusing releases and required content for a group to play together can make even that difficult. It has some great pixel artwork and some nice core mechanics, but it doesn't go much further.