by Cody on April 26th, 2019 in Nintendo Switch Reviews 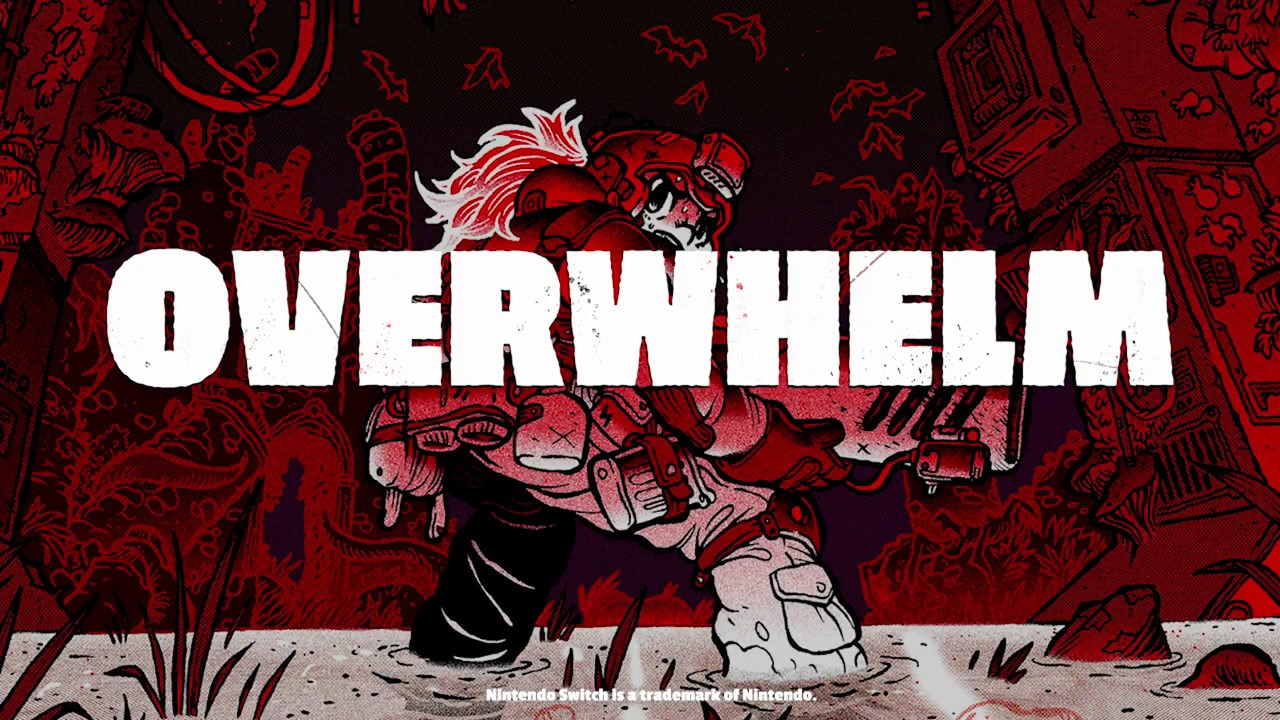 Have you ever typed “lol,” but you didn’t actually laugh out loud? I typically play games in abject silence, unless it’s something frustrating, then I start making choking suffocated noises and my SO tells me to shut up. Anyway. I opened my mouth at several points in OVERWHELM and audibly exclaimed “holy s***,” as well as “oh f***,” and sometimes a simple, subdued, under my breath “yo.”

OVERWHELM is an experimental Metroid-like game, which really only shakes the genre up in one major way. Instead of progressing through each area and gaining new abilities, each boss you slay instead creates a new enemy type to kill you. While yes, that’s actually nothing new, games are known for throwing new enemies at you as you progress, it’s the non-linearity that makes OVERWHELM shine.

The goal is to collect five crystals from the hive within three lives of each trip. Three lives to the boss, three lives back, rinse, repeat. A gameover is a hard restart, but at least you can skip to any boss you’ve beaten before to expedite the run. The first few hours I spent with OVERWHELM were spent experimenting with the different paths, taking on each boss and finding out how the hive would evolve as a result. Soon I was planning out an optimal path. Would I rather deal with fast flying enemies or ones that can shoot acid? Can I reliably make it to Kraken when scorpions can crawl on walls? Each run feels like a suicide mission of my design. 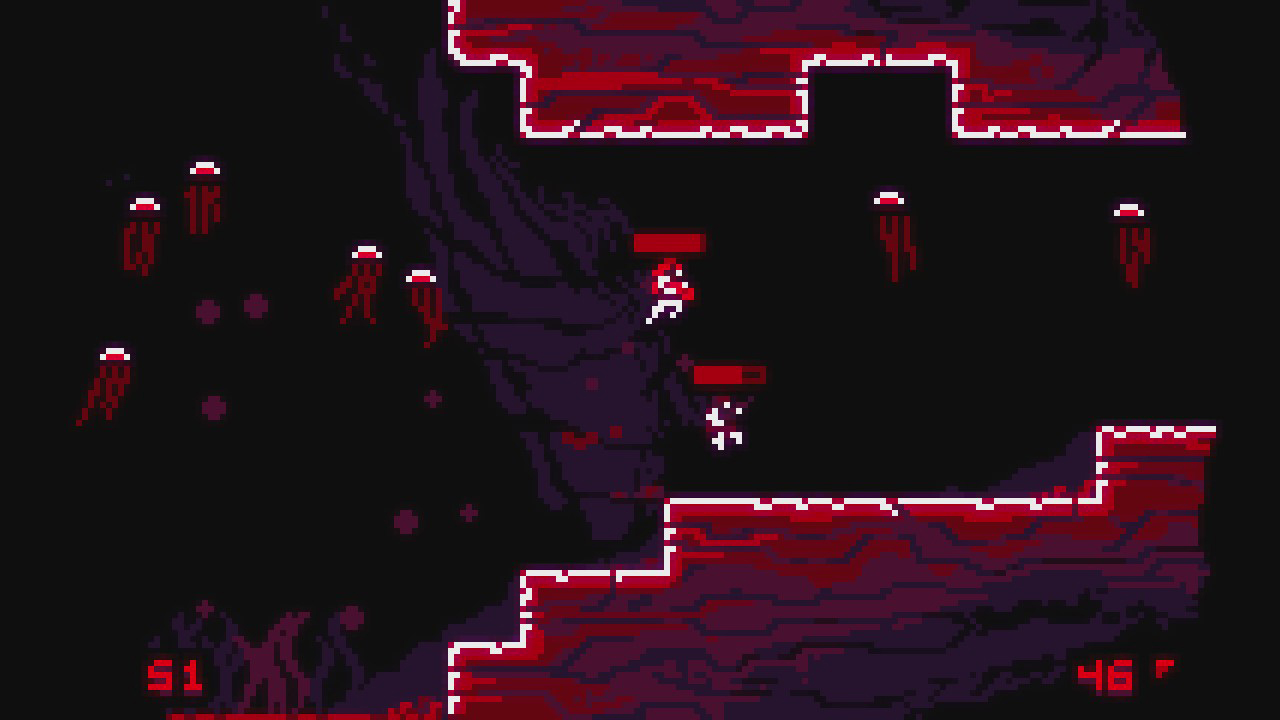 It helps that OVERWHELM is tough, but fair. Limited, but satisfying. Every piece of OVERWHELM’s gameplay feels meticulously crafted. Enemies may go down in one or two hits, and the gun might be reliable and satisfying, but each new hallway is a new terror. A platforming section that was easy as your first area, becomes downright terrifying by the third or fourth. Slowly crawling forward through the areas is the optimal way to play the game. Memorizing hallways and the unique sound cues of each enemy is the way to go. Rooms are static, enemies are not, so it’s always important to tread carefully, and definitely with the sound on. Sure a scorpion might get the drop on you, but there is always a warning, and OVERWHELM is always fair, it’s just not easy.

Luckily if you’re a little out of polish with difficult games, like me, OVERWHELM has some of the most robust accessibility options I have ever seen in an indie game. Rather than a difficulty selection, OVERWHELM takes a modular approach. A reaction time slider slows the game speed down, an aim assist option helps in those panic situations, and of course, infinite ammo, and infinite lives. There was also a pause on map option, but it didn’t seem to work at all, rather, it was up to me to make smart decisions on when to take a quick look at the path ahead.

I played to about three out of five crystals without using the infinite lives, but my curiosity got the better of me, and I switched to the assist mode so I could race to the ending. Even with aim assist and infinite lives, OVERWHELM remained satisfyingly challenging, even with a little bit of the survivalist terror sucked out.

OVERWHELM is not without its flaws, but thankfully they’re all fairly minor. Difficulty based terror is fun and all, but one of the bosses is distinctly both too hard, and not scary enough, while others are scary, but not exactly challenging. Maybe this is just me, but I can’t beat the Kraken to save my life, and I have no idea how many tries it would take without the infinite lives mode. As for the story, its cool, but a little concise. Stories do not have to be long to be good, but I can’t help but feel this one ends just a little limper than it deserves. 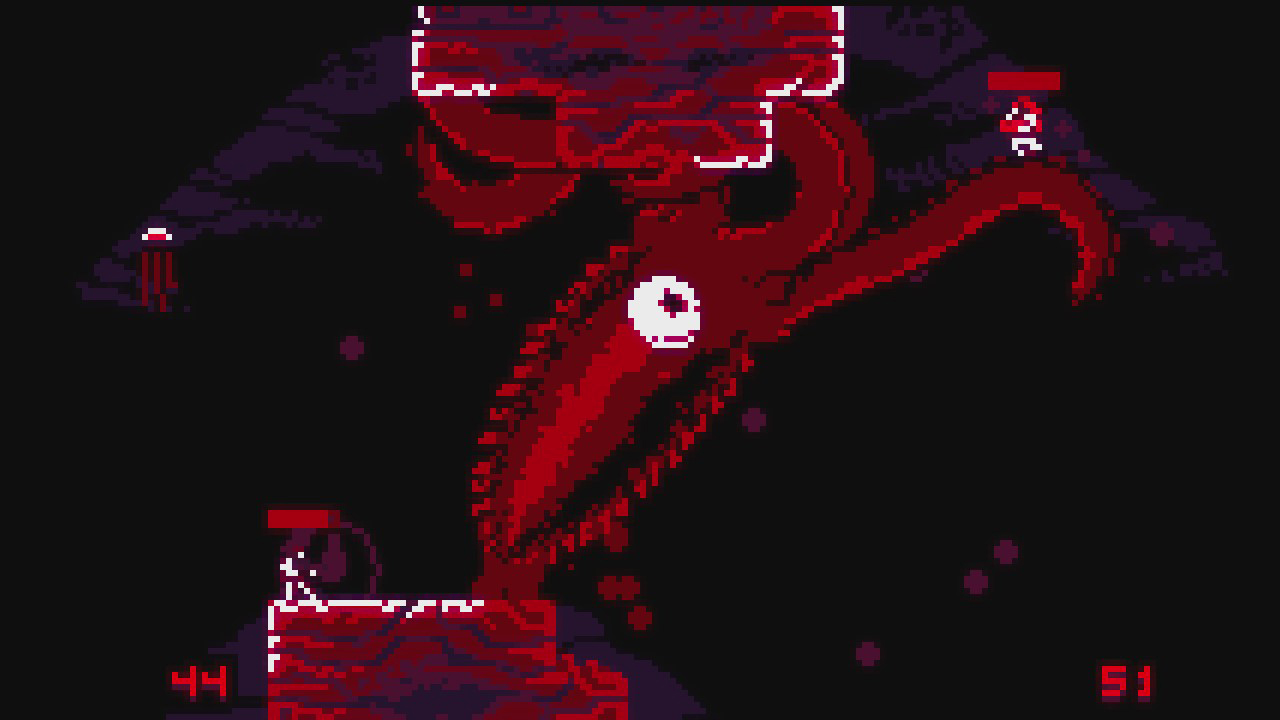 Honestly, I feel like I have nothing but praise for OVERWHELM. The New Game + mode keeps things fresh by dictating the run for you, randomly determining the order of the bosses as well as mirroring the map. Little touches like the viewable screen area shrinking as you lose lives, and enemy sound cues growing as you approach add to the claustrophobic origins of the Metroid-like genre. OVERWHELM feels like both an evolution and twist on old favorites. While I didn’t get the chance to play the co-op, I spend the proceeding days screaming at all of my friends, telling them to play OVERWHELM. It may be too early to say, but this might be my indie game of the year.

Also Twin Lizards and Bush Spider may be the greatest video game bosses of all time. Thanks Randomnine.

Disclaimer: A review code for Overwhelm was provided by the publisher.

Claustrophobic, paranoid action platforming that will terrify you by virtue of its gameplay mechanics alone. Fantastic game design brings a twist on an old trope to life, and thoughtful difficulty options makes the game accessible without taking away the core challenge. Polished and cleverly designed, OVERWHELM is one of the most impactful gameplay experiences on the Switch, Period.