by Jack on April 12th, 2019 in Nintendo Switch Reviews 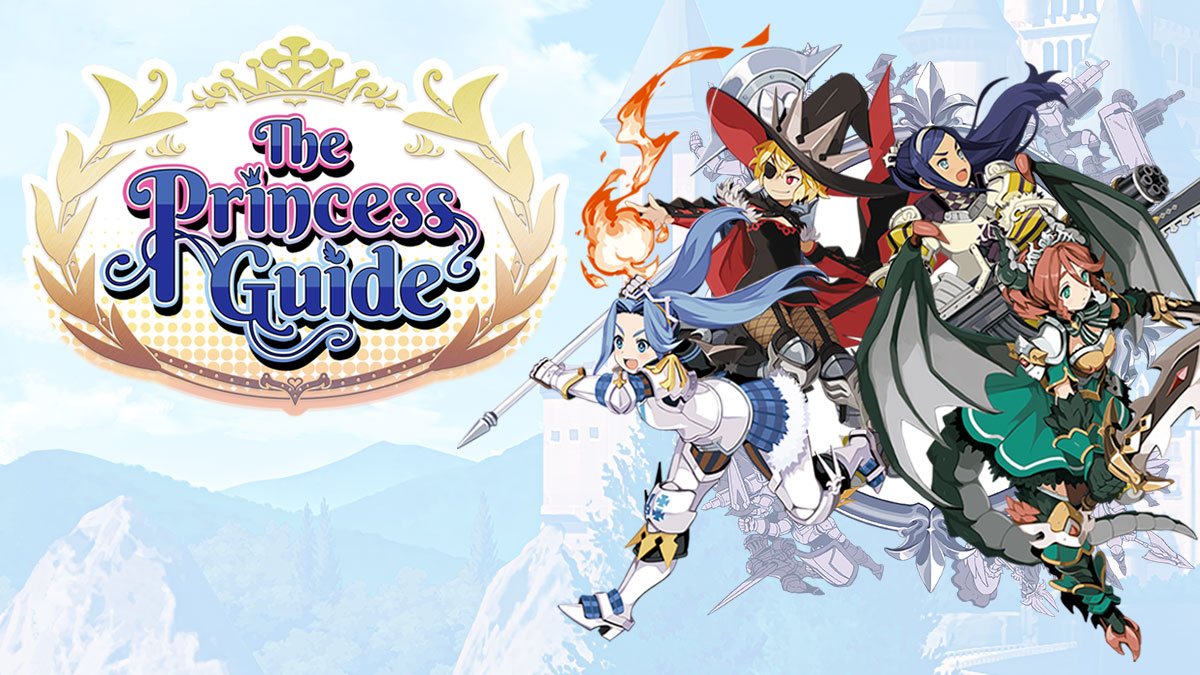 After sinking  numerous hours into The Princess Guide and then doing a quick google search for some more information on the title, I noticed that “The Princess Guide” could very well be a play on words for “The Princess Bride” as google auto fill helped me come to this revelation. Clearly I am not operating at 100% to take so long to notice this, but this play on words could be intentional. Nippon Ichi have ditched the comedic setting and design of Penny Punching Princess in favour of a title that wants to give their buyer a selection of “Waifus” to choose from, but does this decision benefit the game?

The Princess Guide is an action RPG that has players take control of one of four princesses, as well as other characters. The aim of the majority of missions is to beat the  heck out of anything that gets in your way. Whether that is by defending locations, getting to the  end of  level or even defeating a gigantic boss. When a mission has been completed you can then upgrade the Princesses if they met certain requirements or your own character, equip weapons, change the soldiers to fight alongside you in battle and a few other things. It all works OK, but never really feels totally engaging. 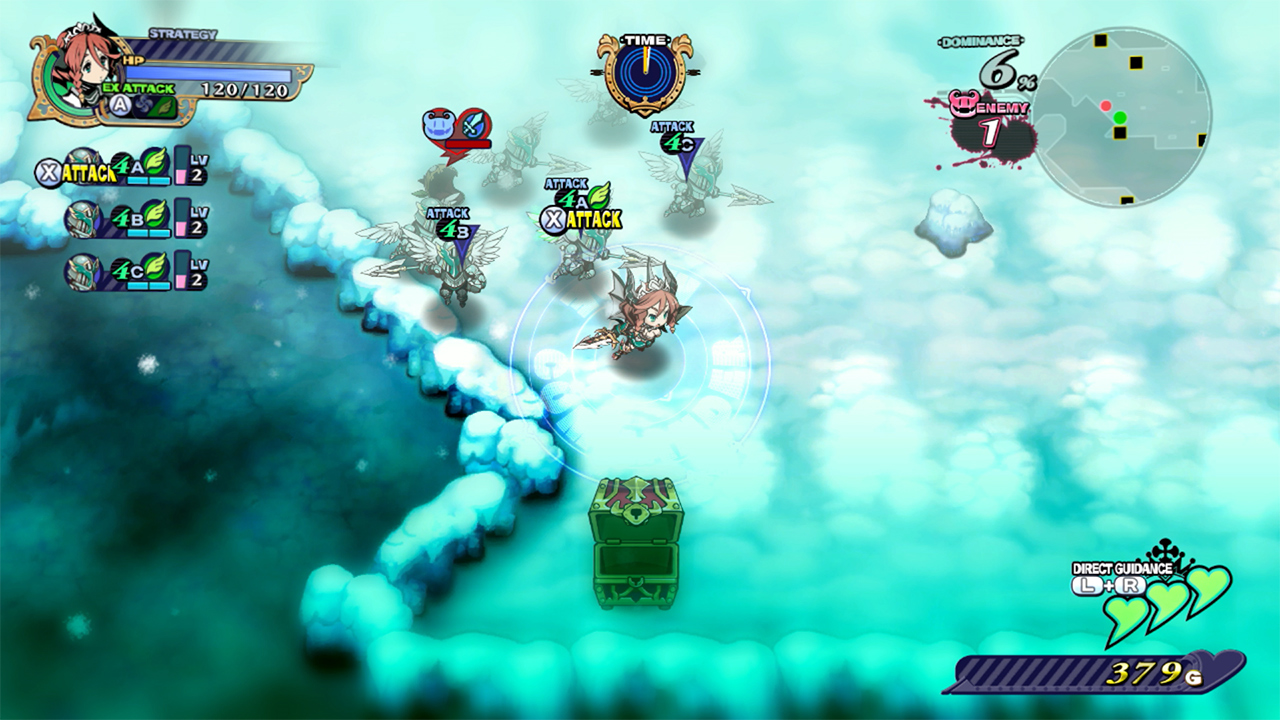 Probably the biggest change in The Princess Guide when compared to Penny Punching Princess is the fact that no longer do you just play missions after mission. Now you control your Princesses on a map by selecting where you want them to travel. Side quests, chests, enemy encounters, training and of course main missions populate the map and it works well as a system when all Princesses are together and the maps are quite large. Due to this system it seems overall the length of each level has been reduced and this does do the game some favours. As this kind of title seems more suited for short bursts of play.

The actual combat hasn’t changed a lot from Penny Punching Princess with one obvious exception. No longer do you have access to the calculator that allowed you to bribe foes as well as other helpful bonuses. Most calculator gameplay aspects have been introduced in one way or another though with the exception of bribing foes. Rather than purchasing traps that were scattered throughout a level, you can now command your soldiers to capture these “relics” and doing so is highly recommended as they can turn the tides of any tough fight.

The control scheme remains simple, but effective and each Princess has their own strength and weaknesses. Some having access to guns or magic and others close range attacks. So whilst the Princesses felt unique enough to feel justified, I found it baffling that the game gives you the option to purchase more commanders to play as and your own avatar can be played as. At first the combat feels fun and remains consistent to the end, but that’s not to say that it doesn’t suffer from a lack of variety. Essentially what you see is what you get with the combat after the first 10 minutes. You can purchase more troops which do change up your strategy, but in terms of raw gameplay there isn’t an incentive of new skills to keep you intrigued. 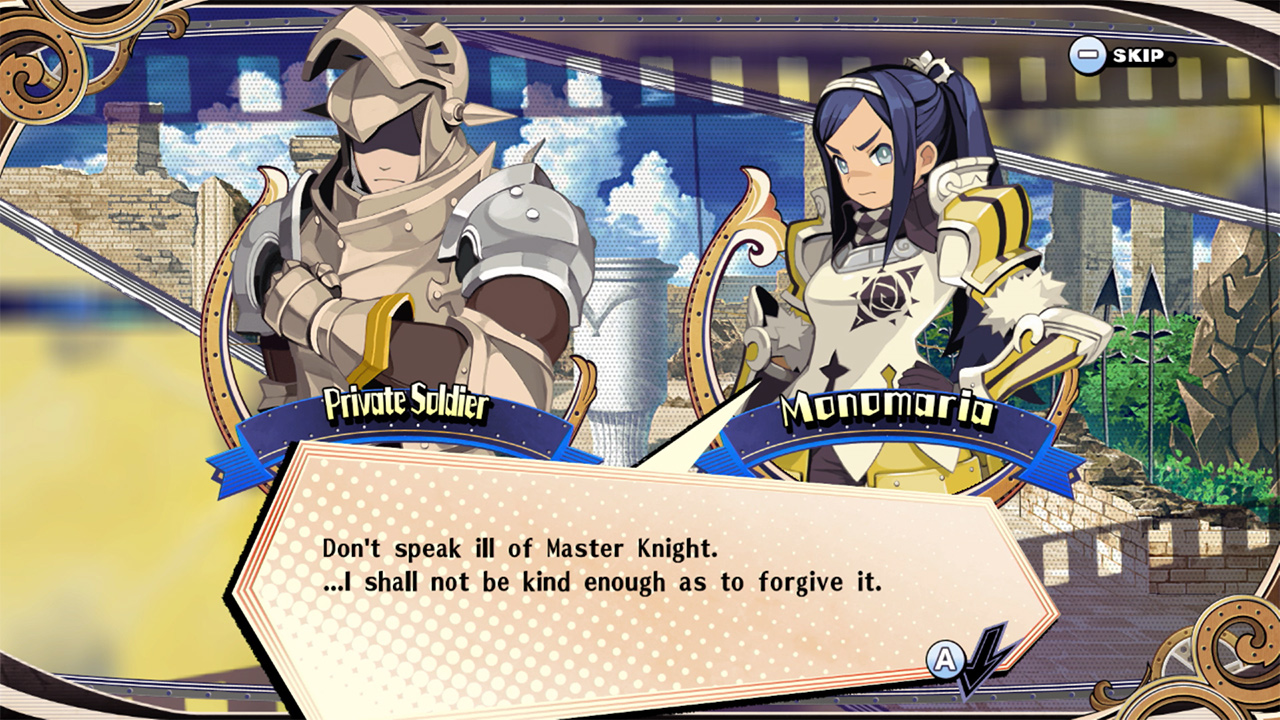 The other side of the coin in The Princess Guide is the RPG elements. One aspect I did enjoy was the “Materia” that each Princess could learn. Simply put each one has a certain requirement to unlock. Whether that being  using relics a number of times, defeating a certain foe etc. Once learned they can be consumed to increase stats, it felt like a nice alternative to simply leveling up. However that doesn’t mean the RPG elements are perfect. Overall the entire game does feel a bit grindy. The difficulty is certainly high and I never  felt like it was due to me playing poorly, but rather my opponents were just so much stronger. On top of that the amount of weapon the game throws at you is baffling, I just didn’t know what to do with all of them and I felt like a I was missing some major mechanic as I just kept selling them.

This is probably my own biggest complaint, but others might prefer to the story in The Princess Guide as it certainly has its market. The Princess Guide and Penny Punching Princess certainly don’t have massively engaging stories, but last years Princess title featured a intriguing world where cash is king and the overall experience I had with it was enjoyable. The Princess Guide ditches the unique setting of Penny Punching Princess in favour of a massively generic anime world, but with a selection of Waifus to choose from. I mean, these ladies are totally enamoured with your avatar and practically worship the ground upon which it walks. Simply put, you should know already if this kind of setting is something you’d enjoy. 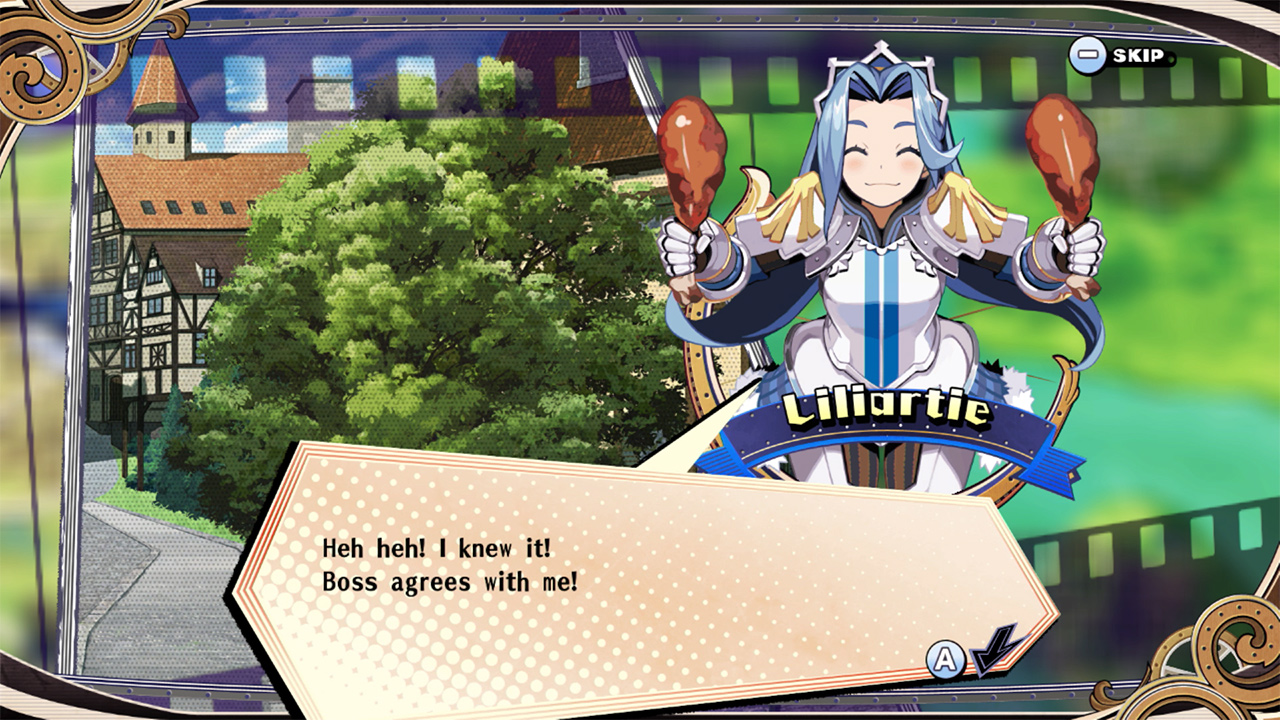 I must say that my entire time with The Princess Guide was visually compelling. Nothing is stylish and unique that it would stand out for years, but its bright palettes and vibrant locales make it a joy to watch. Even navigating menus and options has a striking design to it, that makes it stand out. Honestly the only issue I really had with the presentation was the weird talking animation everyone has. The characters seems like they’ve been set to vibrate and for some it just looks bizarre.

Disclaimer: A review code for The Princess Guide was provided by the publisher.

The Princess Guide is Decent

In short bursts of play The Princess Guide has moments where it shines. No aspect of it feels truly bad, but neither do any aspects truly keep you entertained for a long  stretch. For every tweak they made from their previous title that made this one better, there seems to be a new issue ready to pop up. With that being said, if you can look past these problems and have a soft spot for "waifu" bait titles then The Princess Guide is a solid title, but one that is held back by consistent execution.