by Cody on April 1st, 2019 in Nintendo Switch Reviews 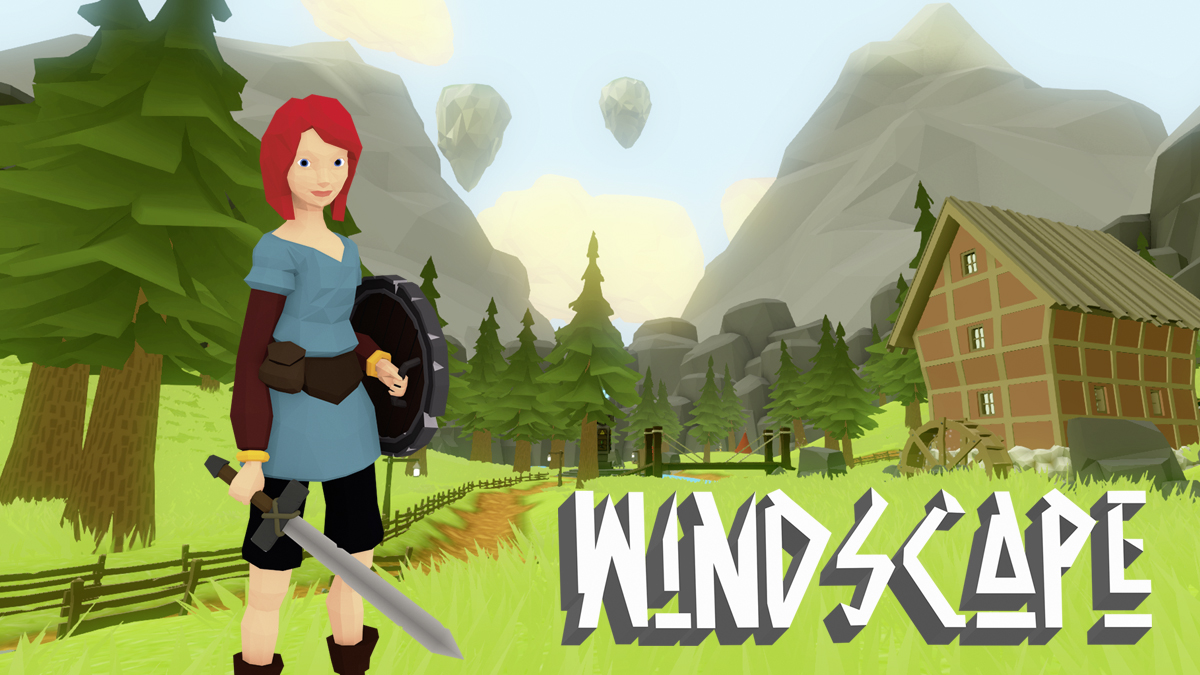 There’s just so much to unpack here, so many deep layers of disappointment. Don’t stick with me on this review to see if the game is good or not, because it’s not. Instead bear with me as I try my best to get to the real core of why Windscape is such a mess. If you’re looking for an open world adventure, well, look elsewhere. If you want a first person Zelda clone, then you may be in the right place, but don’t expect a good one.

Combat, exploration, crafting, narrative. All of these exist within Windscape, but just barely. Hitting a wolf with your club two-dozen times as you drift lazily around it barely counts as combat to me. Looting a random bandit camp for a single crafting material is not exploration, and crafting the strongest item available after about ten minutes is not crafting. And the narrative, oh boy the narrative, is probably around 20 lines of dialogue. But this isn’t a subtly told narrative either, it relies entirely on NPCs to direct your next actions. The crafting is the main gimmick, and the combat is nearly 9/10ths of Windscape. The exploration however? Simply a lie, supported by a tiny smattering of pointless optional areas.

Yeah, but what happens in it?

Windscape‘s player character is Ida, not that it matters, farmer’s daughter turned adventurer, who is quickly and without ceremony, dropped into a world saving quest. One moment I’m doing some treasure seeking, the next I’m being told the world is ending and that I must help. Ok. I travel to the next island. Find the sage, they say. I wander the desert for about two hours. Point A, to point B, to point A, to point C, to… The desert is long, and Ida’s run speed is low. Most of these two hours are spent walking, sometimes broken up by the monotonous slow combat. It was around here that I realized that combat was completely optional in these sections, and power walking past them was a much better idea. 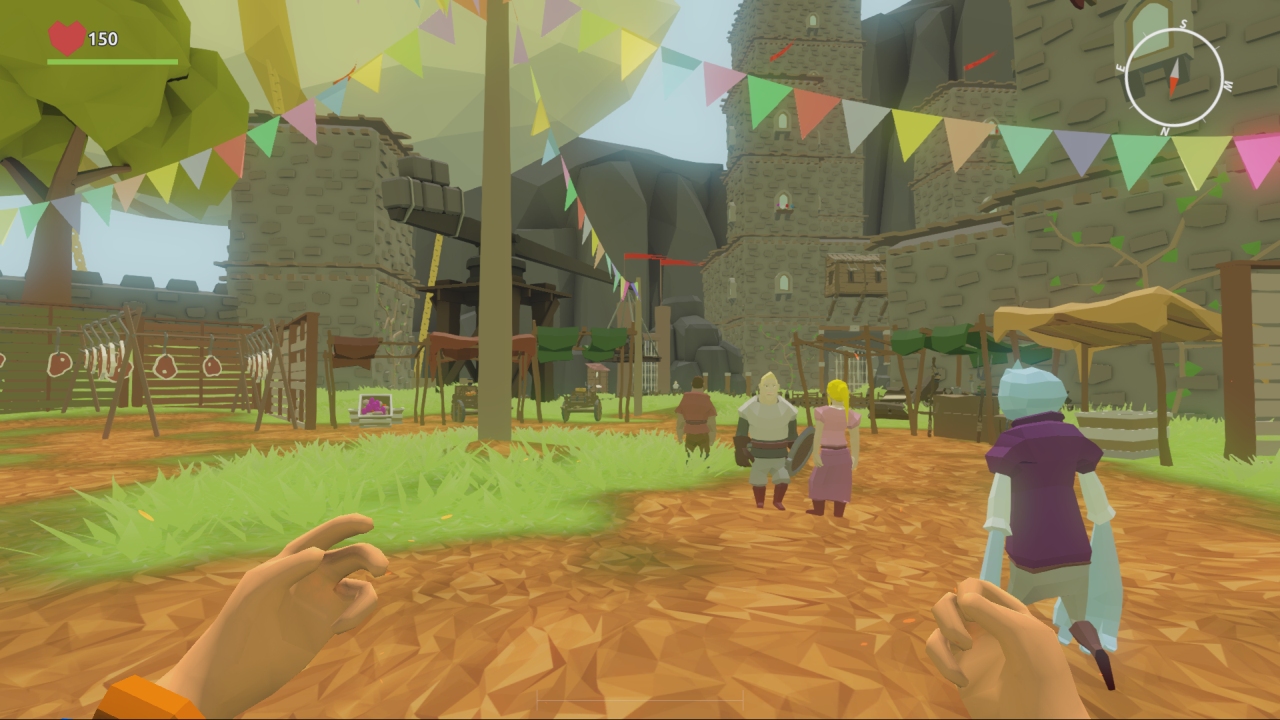 By now all I wanted was for the game to get to the point. I beat the desert, and the mysterious sage told me that his two brothers were still being held captive by the dark force known as Kage. Ok. You head to the third island. Around now I realized that the diary, a list of all the events that have happened on my journey, has stopped updating since the first island, and I haven’t even seen an optional quest since then either. The third island grants my wish, it’s short, but sweetish. A series of rooms amounting to one full dungeon with light puzzles and lots of combat. I talk to the second sage. He tells me there’s no time to worry about the third sage, just go beat the game. Oh… Ok.

The fourth island is a long hallway of combat followed by the final boss. A creature of inexplicable origins who takes little damage, has unavoidable homing missiles, and summons minions. Luckily I killed three enemies in that final area and crafted the final spell sooo… I kill him and it cuts to credits. No dialogue, no final exposition, not even a proper cut-scene.

So its quite bad then?

Windscape… is terrible, in a lot of ways. It starts, well, not strong, but halfway decent. There’s things to do on that first island, people to talk to, sidequests to embark on. Crafting means something when there are more than four tiers of items, rather than the rapid de-escalation later on different islands. Combat was still an unfun slog filled with damage sponges, but it was maybe two or three enemies at a time. Hell, the first boss gets a name tag, something that no other boss gets. Windscape was almost winning me over. Flawed, but charming and playable. 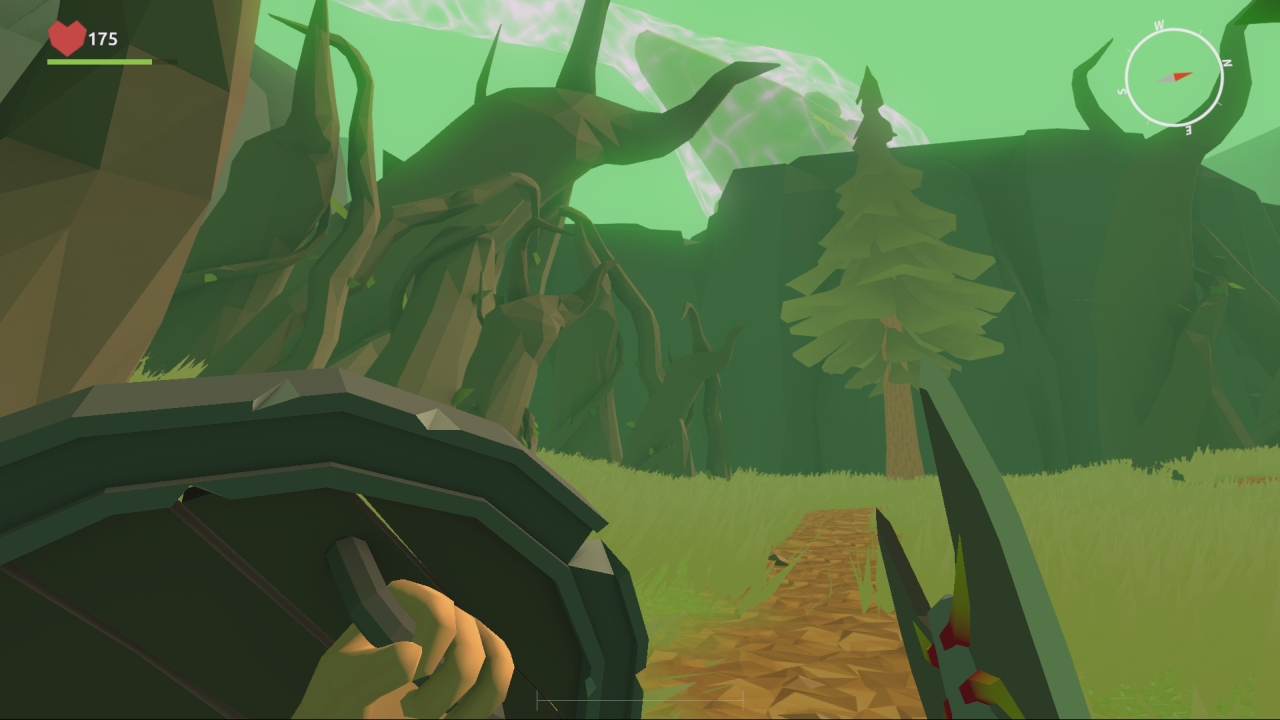 Honestly the graphics are pretty fun, sure the NPCs are freakish and don’t blink, but the stylization fits the enemies and environments quite well. The music has a subdued relaxing tone out in the field, and a more frantic combat theme that picks up the pace. Even at the end of Windscape when it felt like it was trying its best to get away from me, new assets were still popping up. Visually Windscape isn’t bad, great even.

The dungeon crawling aspect is a lot more gratifying than the open world. With only around five proper dungeons, around 30 minutes each, there wasn’t nearly enough content to keep me satisfied. The puzzles never become more than finding switches, but combined with platforming challenges, and a single Dampe style race, there is variety at least. A lot of hope was found in these dungeons, only for it to be shattered by another long walk, or a slog of a bossfight.

As the game goes on and on, more and more aspects of its design drop off the face of the earth. Sidequests and NPCs are one thing, but on the second island you’re given a spell that acts as a Zelda style grappling hook. It is used only in that single dungeon, then forever sits in your inventory as a grim reminder of an unfinished game. Unique mechanics such as jump pads, and traps simply vanish, never to be seen again, even with two areas to go. A world map becomes available, promising hours and hours of gameplay, but of these five islands, only four are playable. Imagine my frustration at the end of the game, as my airship slowly crawls across the sky at the speed of an injured snail, only to find that, no, this island does not exist. 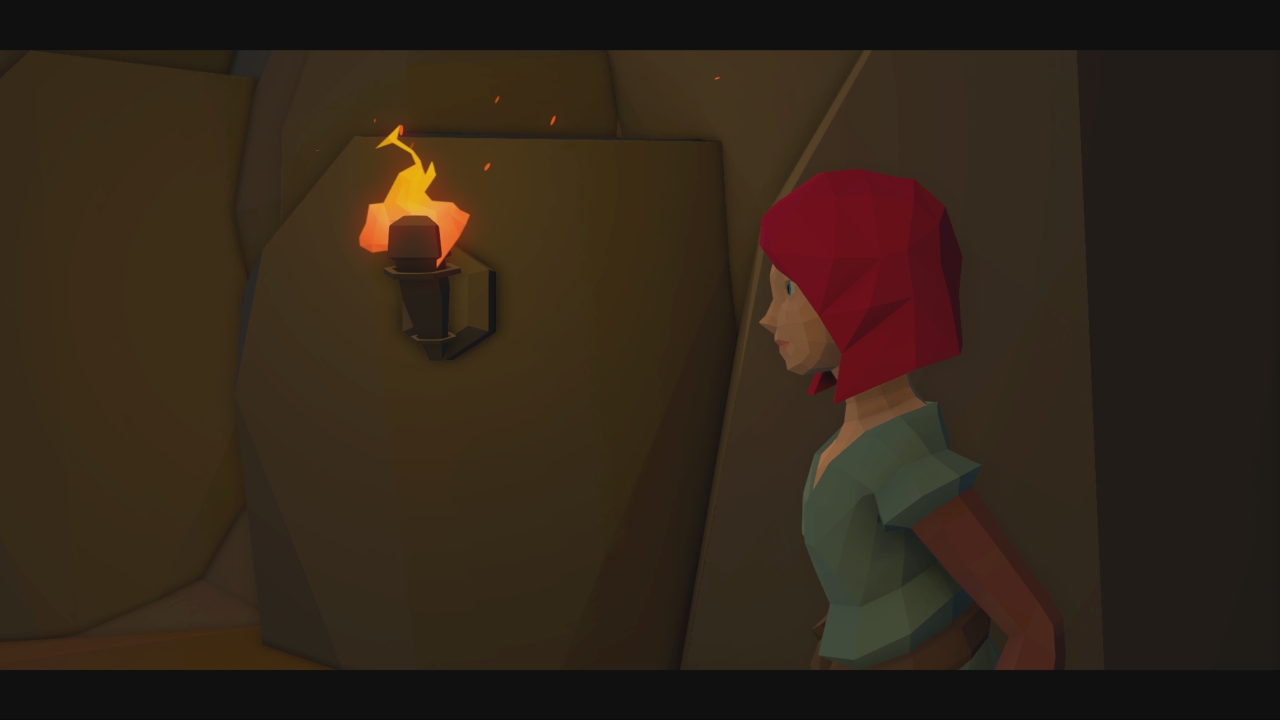 Windscape screams of developer fatigue. A game that was finished for the sake of finishing. Just enough to show off, with the promise that, yes the game is full of content, just look at all these areas. What isn’t clear in any screenshot is just how empty and desolate the world really is. Windscape technically has a beginning and an end. It wraps up but in no sense is it satisfying. In fact, I can safely say that Windscape should not have been released, not like this.

Disclaimer: A review code for Windscape was provided by the publisher.

Promises of content that isn't there, combat that is just plain poor, and walk speeds that are horribly mismatched to the distances Windscape wants you to travel. Windscape's gameplay is not only bad, but the content is clearly rushed, and in many cases, clearly missing. Despite visual and musical competence, I can not in good heart recommend Windscape. If the developer doesn't care enough to release the game in this state, I can't expect anyone to care enough to buy it.