by Joshua on May 24th, 2019 in Nintendo Switch Reviews 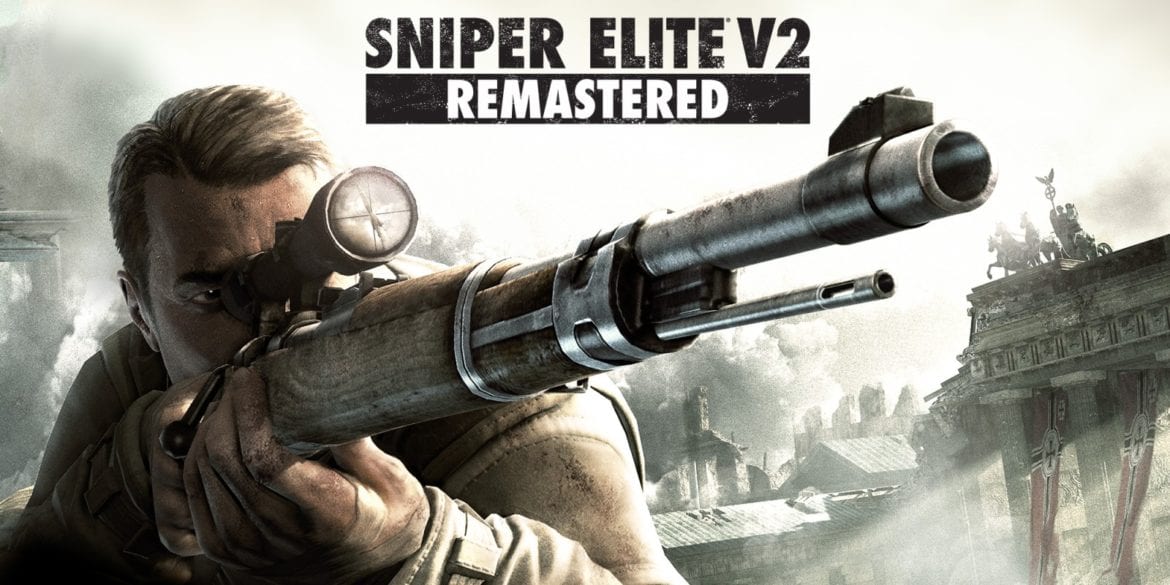 Sniper Elite V2 Remastered is (as the title suggests) a remastered version of a game that came out back in 2012. The game received mixed reviews back when it launched, but with a shiny remaster just seven years later, is this the proper revival that the game deserved, or is another shooter that doesn’t hold up?

Sniper Elite V2 Remastered puts you in the shoes of an American sniper who is tasked with stopping Nazi scientists attached with the deadly V2 bomb. This will put you in a series of levels where you must either loudly snipe or stealthily shoot your way past German soldiers. The story has its fair share of twists and turns, but it’s nothing that will hook you. In my experience, it’s fairly standard WWII stuff, though I’m not massively invested in the genre, so your mileage may be different. 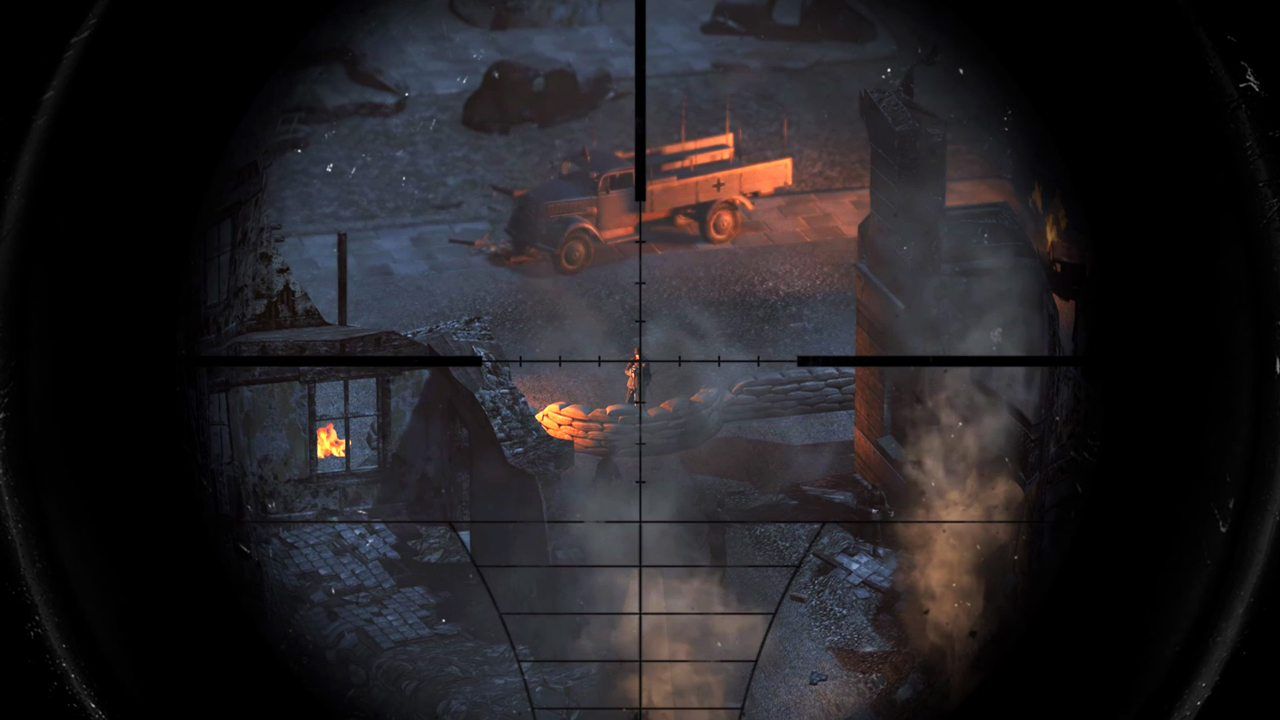 You’re given three weapons to swap between: a sniper, a machine gun, and a silenced pistol. You’ll be using the sniper the majority of the time, taking down enemies from afar, defending important persons, and holding your ground at certain locations. The machine gun is designed for mid to close-range combat so you can take down enemies that sneak up on you. The silenced pistol is designed for close-range, stealth kills.

As much as these weapons claim to cover all their bases, the balance of the guns is heavily weighted in the sniper rifle’s favor. The only times where I felt that my shots had any serious impact was when I used the sniper to take down guys from afar. Unfortunately, using the sniper alerts all other enemies to your location instantly. The pistol I found useful, but only when I got really close to enemies. There were several times when I would unload four shots into a soldier, only for them to still walk around and find me. The least useful of the bunch is clearly the machine gun. It’s so inaccurate and weak that enemies would often kill me before I would even hit them twice. As such, I resorted to using a regular zoom with the sniper rifle in mid-range combat.

Speaking of sniper rifles, there are several moments in Sniper Elite V2 Remastered when you have to set up at a sniper point and take out some foes. These are the times when I think Sniper Elite V2 Remastered shines. You’re equipped with land mines and a few other traps to help defend your six while trying to shoot down people in front of you. It’s extremely satisfying to line up a shot only for a short cutscene to play where you follow the bullet and see it pierce an enemy soldier’s skeleton (though that was a feature that overstayed its welcome). The game also forces you to keep in mind bullet drop, though that much less effect on the bullet’s trajectory than the game led me to believe. 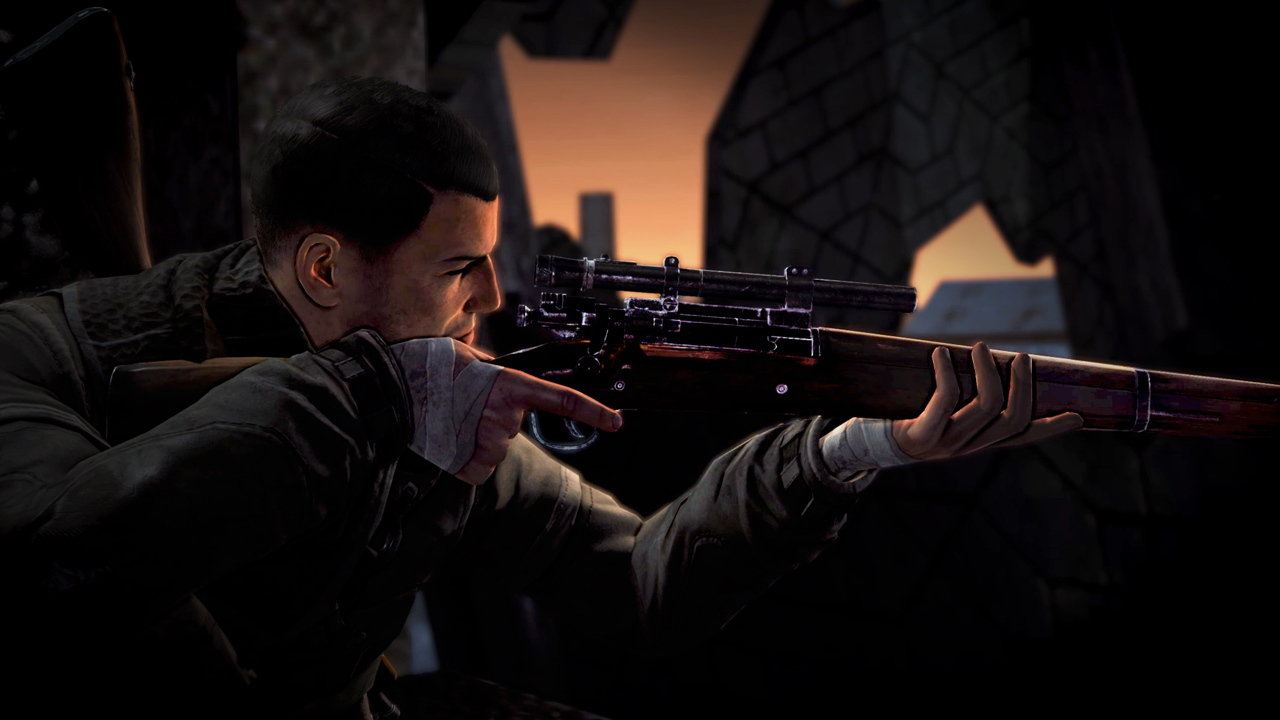 In regard to the enemies, I found them to be frustratingly inconsistent at times. There were some moments when I could sneak around them and take them out. Then, there were other times when they’d seemingly spot me from a mile away only to whittle down my health in a matter of seconds. Furthermore, once you’re spotted, there’s no way you can be stealthy again. Enemies remain locked on to your position and constantly unload bullets at you, regardless of whether you’re hiding behind cover or not. This made it unnecessarily difficult to take down multiple enemies without a vantage point. Sniper Elite V2 Remastered is clearly a game that wants you to play like a sniper, but by incorporating other options that are much more difficult, the game feels like it’s forcing you in that direction whether that’s what you want to do or not.

A New Shade of Gray

Because Sniper Elite V2 Remastered is an up-scaled version of an old game, it’s important to talk about its visuals. Obviously, the version I played was the Nintendo Switch version, so I can’t speak for other consoles. That said, the Switch version didn’t look that great in my opinion. The game seemed to have largely texture upgrades and a resolution upgrade. Nothing more, nothing less. Character models were still plastic-y, with hair that looks like it belongs on a doll and facial movements that broke the immersion. That’s not to say it’s an awful-looking game, just that it looks sub-par considering that it’s supposed to be a remastered game. 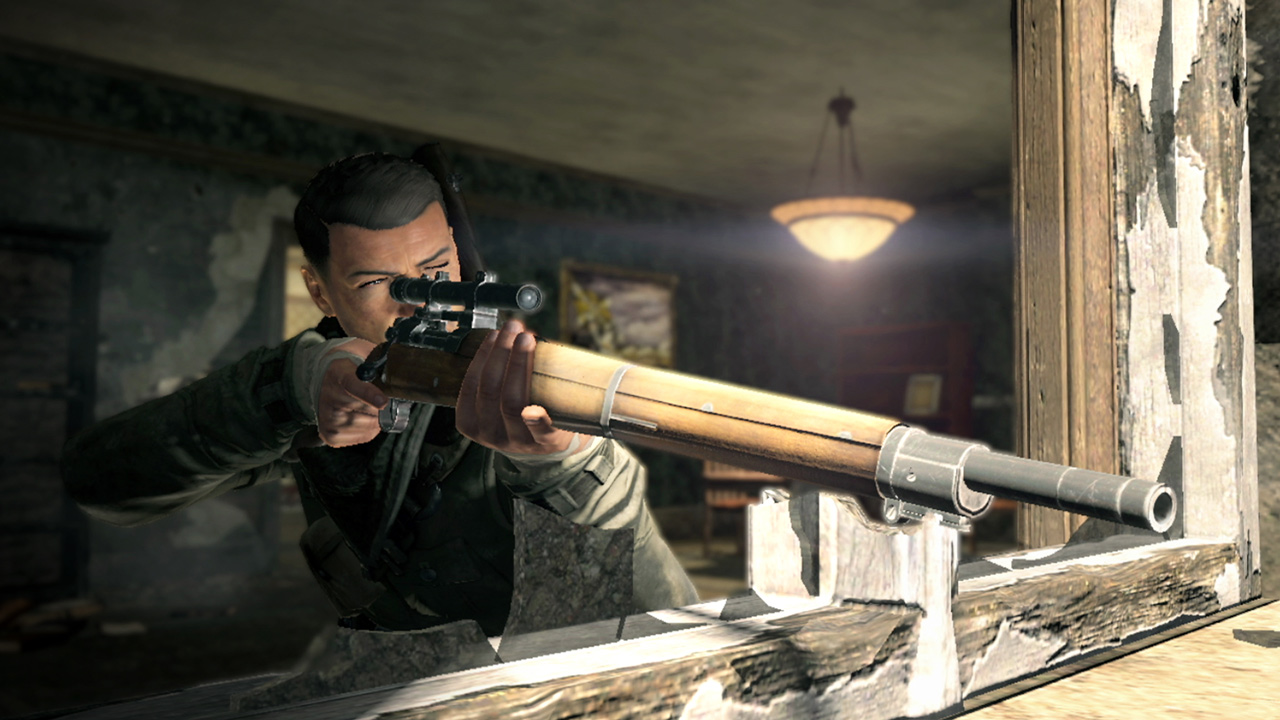 The game also doesn’t run that well on Switch. Thirty fps is the highest you’ll get, though the frame rate seemed to vary in my playtime. The resolution takes a hit in portable mode, which also made it difficult to spot far away enemy soldiers during the sniper segments. With that in mind, I strongly recommend docked play for this one. These aren’t deal breakers in and of themselves, but the fact that the asking price is $34.99, all of these little issues start to add up. The game is still an average shooter that released seven years ago and feels like it (even in the visual department).

Disclaimer: A review code for Sniper Elite V2 Remastered was provided by the publisher.

Sniper Elite V2 Remastered is a remaster without touching the original game much. It's a middle-of-the-road experience that could've used a bit more fine-tuning and balance before release.The game is difficult to recommend due to sustained issues and a $34.99 price tag.