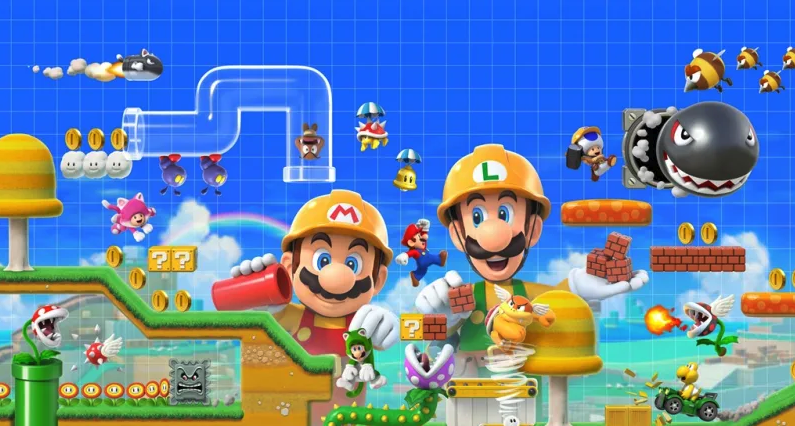 Lets face it, with E3 in early june, did we really expect May to be that bombastic?

New game styles, such as Mario 3D world, and new in game objects and enemies like the Angry Sun from Super Mario 3 were announced. The game is shaping up to have lots of new content and quality of life improvements, as well as adding multiplayer support… although for some strange reason you can’t play with your friends online.

Alongside the Mario Maker 2 direct was a new promotion being run on the Switch eShop. Spend $100 and get two full priced games (a $20 savings). Users are required to but one game at the time of purchase, but get to hold on to the other voucher for one year. Not every full priced game is available, and is subject to a list of supported games, but certain pre-orders such as Fire Emblem: Three Houses can be purchased through the program.

A live press conference was held ahead of June 5ths Pokemon Sword and Shield focused direct. The Pokemon Company showed off several new products, as well as a few new games coming to mobile and Switch.

Two of the best survival horror games ever made, and Resident Evil Zero are now available for purchase on Nintendo Switch. Resident Evil 4 is the modern console version, and not the Wii version with motion aiming.

Yikes. But confirmation would later come that the studio is delaying the film by 3 months to make design changes.

During Sony’s second State of Play there was a massive surprise dropped on the world. Final Fantasy 7 Remake, a game that many were beginning to assume no longer existed, finally got a new trailer, featuring Cloud, Aerith, and Barret, as well as the first real look at the new action oriented gameplay. More info is set to come this June.

The first good live action video game film is out. Featuring some pretty heavy aesthetic whiplash, and a healthy dose of fan service, the film is a lot of fun, and an easy recommend to any Pokemon fan.

Check out everything we reviewed in May, and look forward to all the games we’ll be reviewing in June.