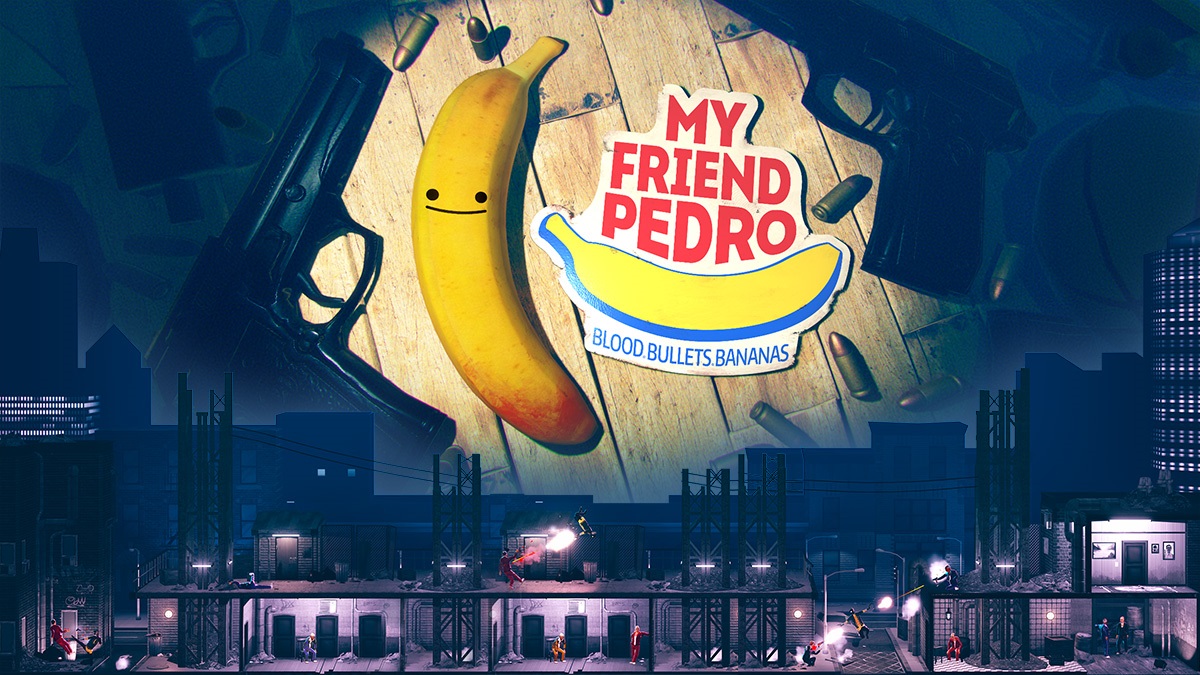 Deadtoast kept its promise of high energy acrobatics with goofy undertones, as you shoot, roll, and take down… the internet? My Friend Pedro is a game about self discovery, but actually it’s all about shooting every single person you come across. It’s about looking stylish while shooting, having fun while shooting, shooting in slow motion, and in general, it’s mostly about shooting. There are different ways of shooting. Shooting on the ground, shooting during a flip, shooting ricocheting frying pans, and shooting on a skateboard. It’s a shooting game.

The story of Pedro is simple, straightforward, but in a pure adrenaline rush action film kind of way. You’re on a mission, find out why everyone wants to kill you. It’s a strange mission, that’ll take you through alleys, sewers, your own psyche, and even The Internet (which is just a factory). Pedro isn’t about the story, and the game knows it. The characters are wacky, but nothing about it really stands out. Even Pedro, your talking banana friend, is just kinda there making standard action-comedy quips. The company is nice, and I’d much rather have this than hallway after hallway of emotionless combat challenges. I don’t think My Friend Pedro loses points for its story or writing, but I don’t think it gains anything from it either.

Completing the game on normal isn’t the hardest thing in the world, and I did it with far less lives and time than I expected, even without abusing the incredibly generous bullet time. Technique is a huge draw for Pedro, showing off flips, kicking objects skillfully into enemies, aiming at two different targets, and one of the most overpowered dodges I’ve ever seen. In fact, challenge is oddly lacking from My Friend Pedro, but that doesn’t mean the moment to moment isn’t interesting. The real fun comes when you start to get creative with combat. Drop into any room and decide on the fly how you want to dispatch each enemy. Personally I spent a lot of my time as a spinning top, timing each shotgun blast as the character loses the ability to aim in any direction other than straight forward. You have a combo meter, and a ranking at the end of each stage. It’s a fairly short game, so this is where the content comes in. 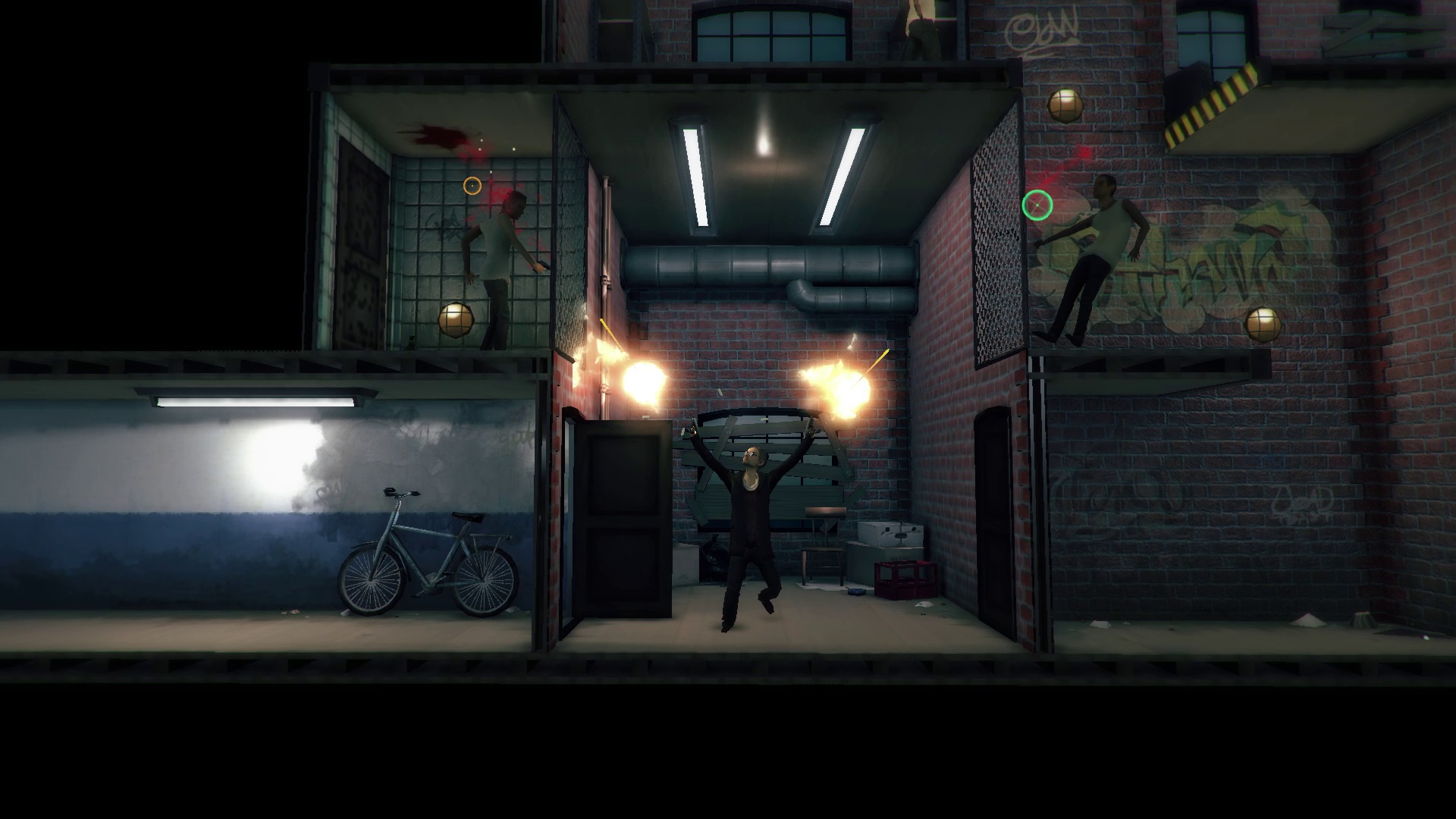 The variety of guns is pretty standard. If you were tasked to name six kinds of guns, chances are you’ve figured out which ones you’ll be using. There are some stand outs, such as dual wielding uzis for the fastest paced combat in the game, or doing trick shots with the assault rifle’s grenade launcher. Pedro features enemies that take more punishment than I’d like for this kind of fast paced action, and later levels have stronger enemies that completely decentivise all but a few of your options. Even my favorite weapon, the shotgun, loses most of its usefulness by the last set of levels. Creativity is the core of Pedro, so I guess it’s mostly up to me to make my fun, but sometimes fun is a simple enemy gibbing shotgun blast at close range.

You’re always able to get stylish no matter the level, but in truth the variety runs thin fairly quickly. By the second half of the game they were still handing out level gimmicks, but they all amount to different types of switches. Combat had since become solved, and in a game all about stylish shootouts, ultimately that’s the one variety that matters. I had a hell of a time with my four hours through the campaign of My Friend Pedro, but if you’re not the kind of person to revisit on difficulty or score alone, there’s no other post game content to go through.

Pedro is a deceptively simplistic. Combat might appear to be fancy, or even daunting, but it’s making the best with a few common ingredients of the average shooter. Everything works together magnificently, but sometimes the focus shifts too far away from what makes the game great. My Friend Pedro is an excellent, but definitively flawed experience that could have used some more time to ripen.

Disclaimer: A review code for My Friend Pedro was provided by the publisher.

My Friend Pedro is Good

While My Friend Pedro succeeds in high octane, high creativity gun fights, it fails to make them feel great 100% of the time. At times the pacing can feel a little repetitive, and ultimately My Friend Pedro is shallow on content. Pedro does great things with its systems, and can be great fun to experiment with.