by Joshua on June 10th, 2019 in Nintendo Switch Reviews 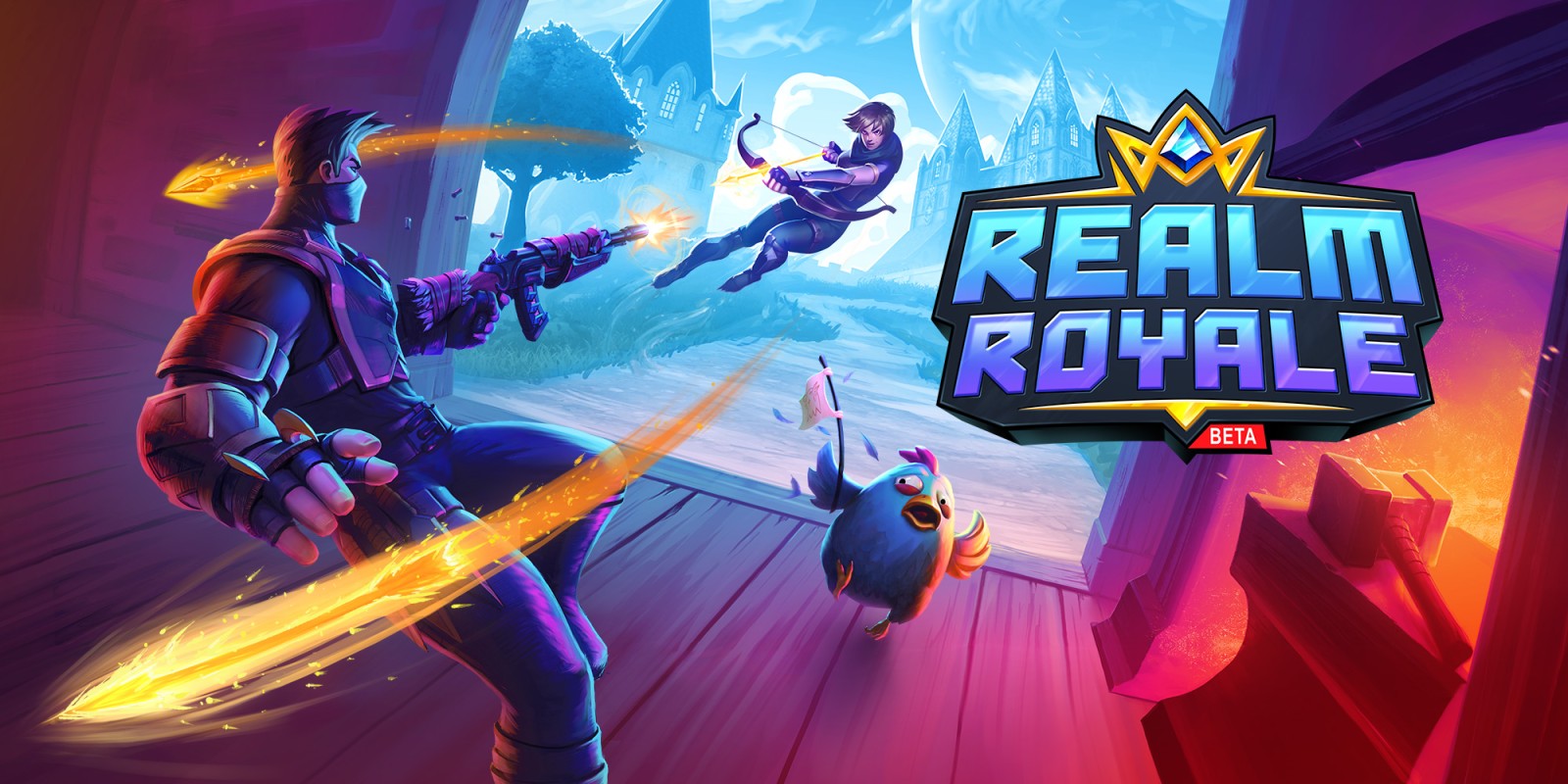 It’s almost fitting that there are so many battle royale games released today. With each trying to offer new ways of playing, it seems that they are locked in some sort of battle royale in which the most popular game will rise to the top and get the chicken dinner.

When talking about battle royale games, it’s impossible to ignore the popularity of Fortnite and its affect on the gaming industry. Many developers have tried to hop in on the genre to provide their own version of the battle royale game, seeing Epic Games’s success. That brings us to Realm Royale from Hi-Rez Studios, the developers of Paladins and SMITE. Does this MOBA-experienced development team bring a fresh, new battle royale game, or is it just another clone?

Despite some surface level concerns that Realm Royale is ripping off of Fortnite, it does have some gameplay distinctions that make it different. For starters, players can choose from four classes. This affects their starting abilities as well as what sorts of weapon and ability proficiency they have. Of course, each character functionally plays the same, it’s just a matter of picking the one that benefits the most from the equipment you like to use. 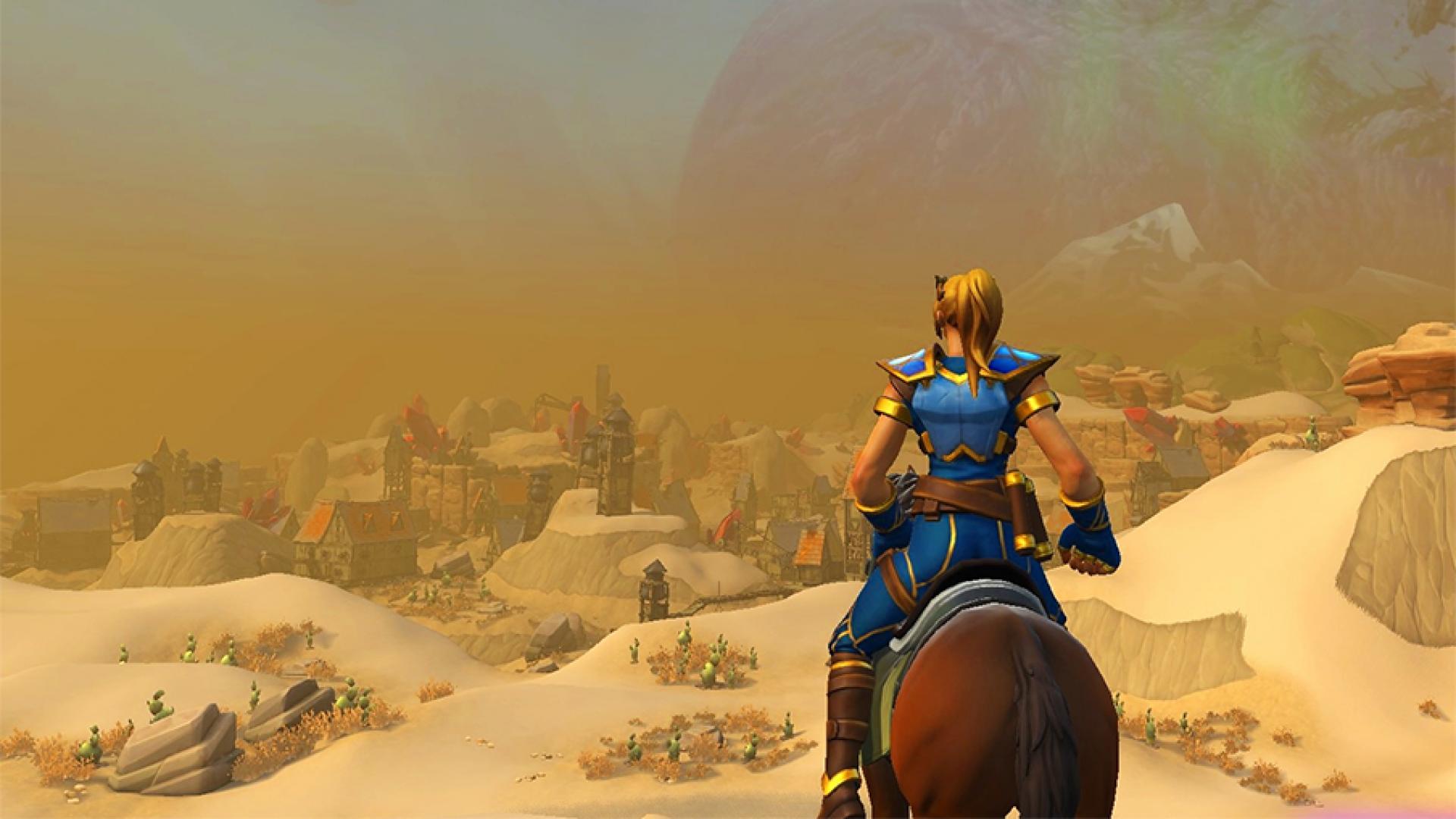 Forges are also a central mechanic of Realm Royale, and my personal favorite. Currency is obtained the more items you find, and that currency can be spent at forges. It takes 30 seconds to build either health, armor, or some can of rare weapon or ability. The catch is that it happens in real time, and the forge is quite loud, alerting any nearby players that you’re cooking up something. There’s a real risk and reward system to the forge that not only makes it fun to use, but to invade as well. Players can also disassemble any gear they find that they don’t want to gain more currency. There is a currency cap, but it does a good job of making every chest worth it to the player in some capacity, something that other battle royale games don’t do.

Realm Royale also has a second-chance mechanic, giving players a small chance to return to life after they are killed. Once their health is depleted, players will turn into a chicken (or robot or chicken depending on your skins) for a temporary amount of time. The chicken form is helpless, so players must run around until the timer goes down to zero, at which time they will return to their original form with a fraction of their health. It’s nice to have the chance to return to the fray so that cheap kills aren’t as frequent, but the chicken form is extremely easy to take down as well. I only came back to life twice in my experience with the game.

Realm Royale does have some unique mechanics that make it different from other battle royale games, but there’s no denying that it takes a lot of pages from Fortnite as well. For starters, players will find that they can purchase a Battle Pass that works exactly the same as Epic’s version. On top of that, the game adopts many of the core ideas and seems to have only added those gameplay differences to avoid any copyright problems.

When selecting what match to play, there is solo, duo, and squads, just like you’d expect. Everyone jumps out of an airborne device and falls all the way to the ground, sans parachute. What results is a frantic game of hunting down chests and nabbing the best equipment to get the better of your opponents. It’s all very standard for those familiar with Fortnite. 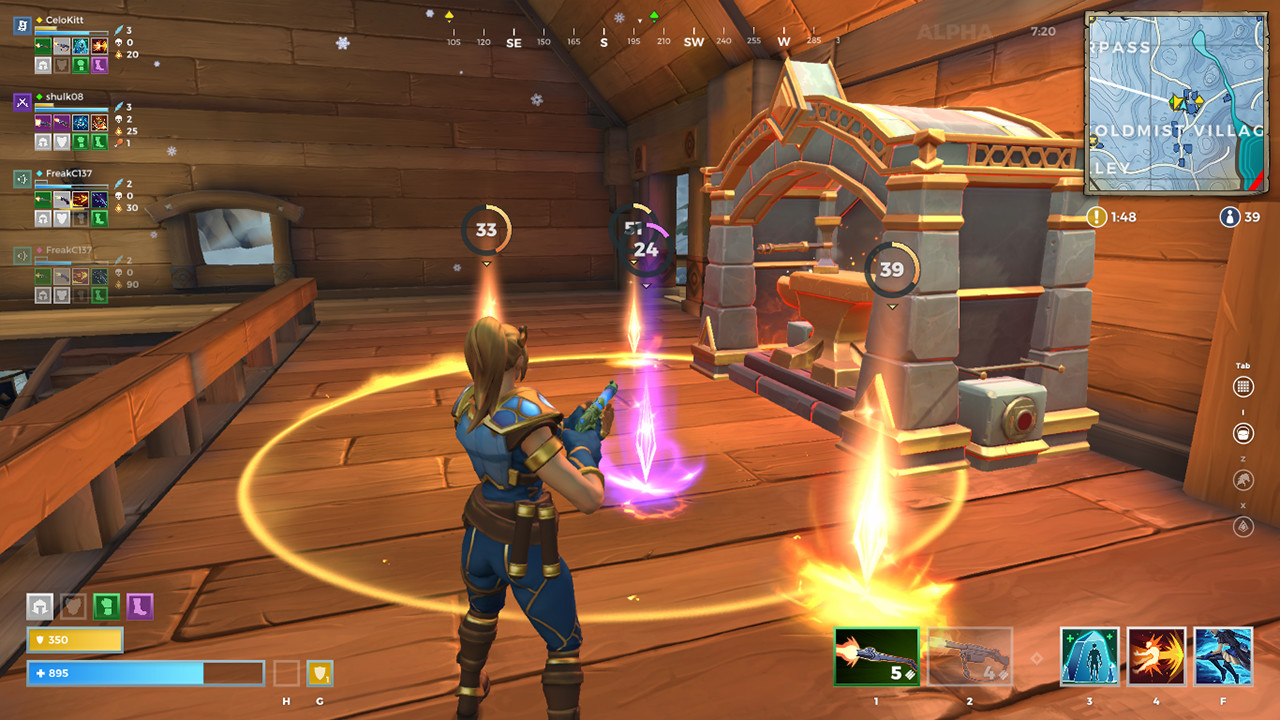 What is sort of disappointing about how Realm Royale structures itself is that there is a lot of potential for it to forge its own path. With the forge mechanic as well as the addition of hammers and swords, it has the opportunity to go for a specific theme. Imagine if Realm Royale had embraced a medieval aesthetic, using bows, spears, and more to deliver a more unique experience than just guns and potions. This disappointing aesthetic carries over into the visuals as well. Once again, the Fortnite similarities are unavoidable. The game is soft with sharper colors, just like the game that inspired it. While I respect the fact that Realm Royale attempts to differentiate itself in the minutiae of the game, it’s hard to ignore that the core mechanics from other, more popular, battle royale games define it as well.

This all isn’t to say that Realm Royale is a bad game, but it certainly feels like it isn’t quite as well thought out as some others. As such, the game will be difficult to sustain long-term if Hi-Rez Studios doesn’t try to differentiate it from its sister games more.

Disclaimer: A review code for Realm Royale was provided by the publisher.

Realm Royale is a fun battle royale game with a few new mechanics that are welcome additions to the genre. Unfortunately, the game struggles to forge its own identity and relies a bit too heavily on games that came before it.