by Pete on August 19th, 2019 in Nintendo Switch Reviews 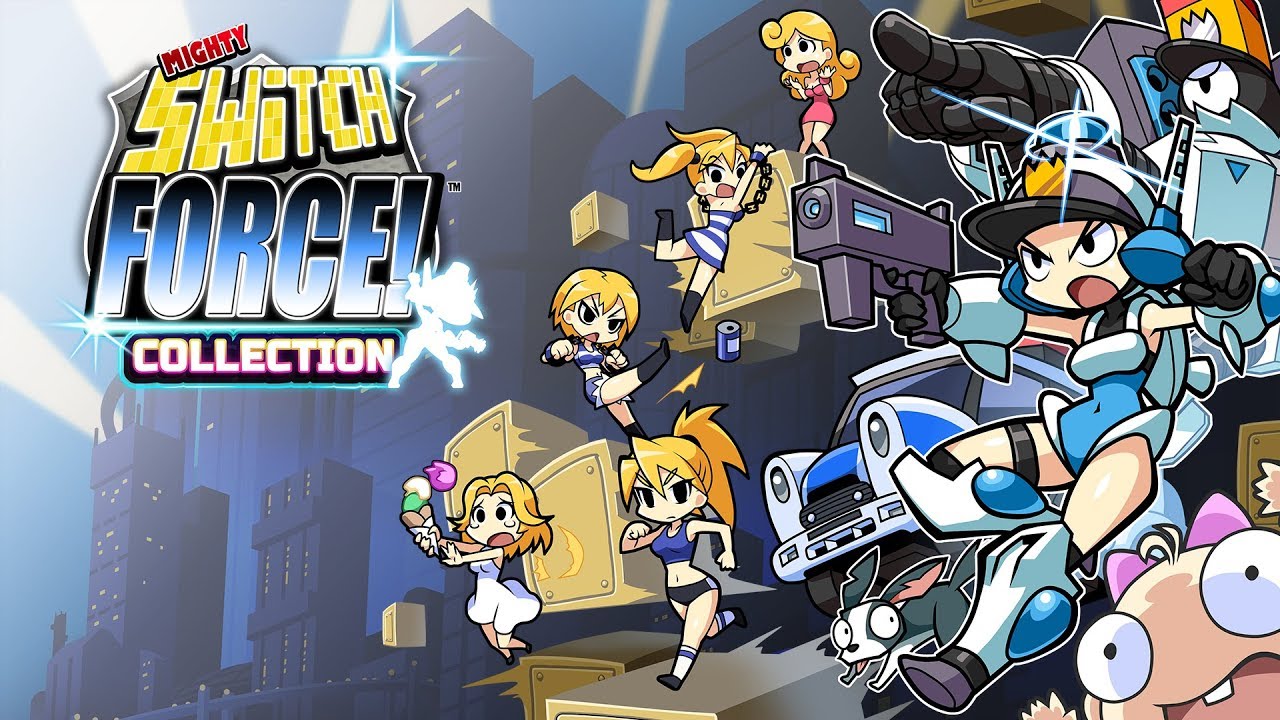 When I was told about the Mighty Switch Force Collection, I thought “That’s pretty ballsy to release a game with Switch in the title. Kind of like a throwback to the N64 days where every new game had 64 squeezed in there somewhere.” Then I found out that these games were originally released by Wayforward for the 3DS and it still managed to make me nostalgic. “Ahh, Shantae developers and handheld consoles…”

The Mighty Switch Force series is made up of cute but tricky platformers that emphasise puzzle solving as opposed to running to the end of the level and blasting bad guys. As hotshot cyborg cop Patricia Wagon, you hit the streets to catch escaped prisoners, triggering switches to unveil new ways of traversing the levels.  The first game in this collection, Mighty Switch Force! plays with cop tropes that feel close to the funny and futuristic Dominion Tank Police OVA.  Catching bad guys is very Metal Slug as you grab ahold of humans as you progress , the only way to complete a level. 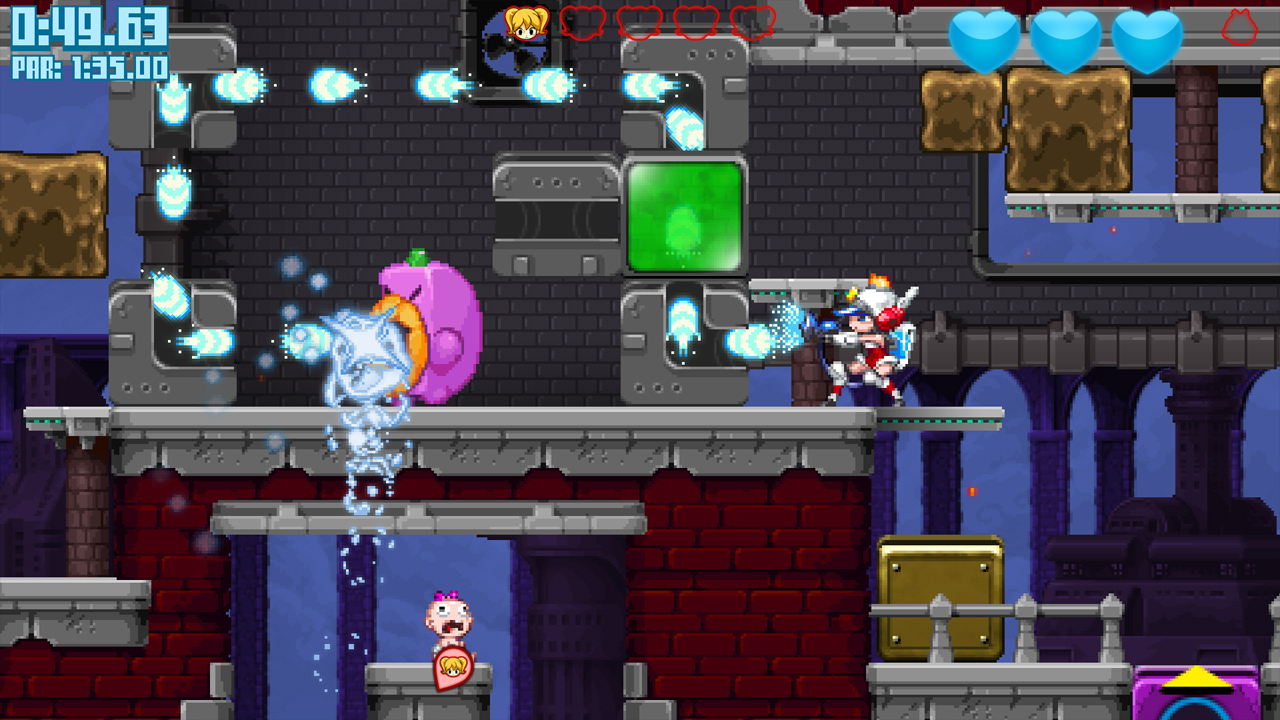 The Switch dynamic in these games is very similar to the ON/OFF Switches that appear in Super Mario World and the much more recent Super Mario Maker 2. It’s a bold thing to build your platformer around and it pays off here, with a surprising amount of puzzles and elements of level design being boosted by the mechanic. You’re not always jumping or shooting at things forcing you to think which is refreshing. The time attack prompts are a nice touch for speedruns, making you doubt yourself everytime you beat a level you thought you had done in record time.

Fight fire with a remake

The accompanying sequel Mighty Switch Force! 2 is more of the same and that’s not a bad thing. You’re a firefighter now and instead of imprisoning people you’re saving lives. Putting out fires makes it feel only superficially different but it’s basically an expansion pack on the first one. Bundled here is a genuine expansion back though, Mighty Switch Force: Hyper Drive Edition. This is a HD remaster of the first game with redrawn visuals, which I didn’t know about until I’d already gotten through the bulk of the original. It’s got additional content on top, but to be honest the 16-bit look of the first two games is what I like the most. The revamped art style is not bad at all, but I’d pick that old school aesthetic over squeaky clean drawings any day. 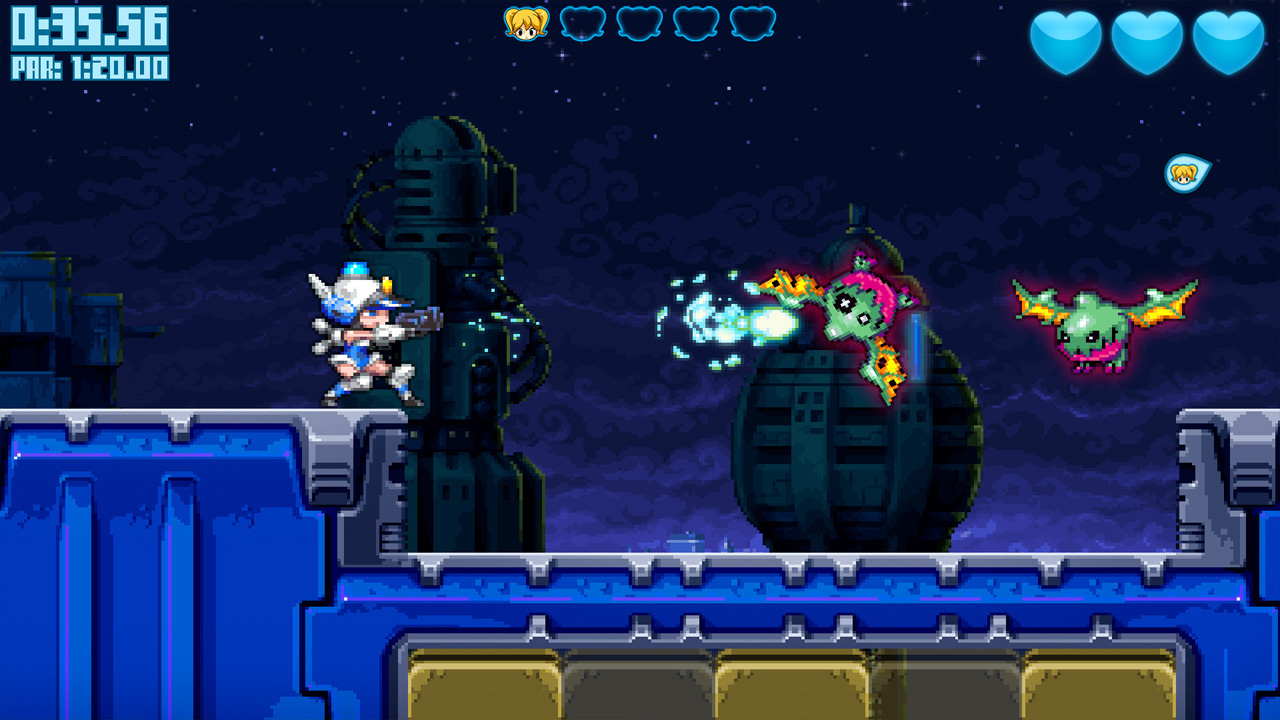 The last game on this collection is a previously PC only title, Mighty Switch Force! Academy. It’s a puzzle game geared for four players, with the entire level being spread across the screen. It’s perspective reminds me of those Smash Bros. stages like the Great Cave Offensive, where it’s too far set back to see what’s going on half the time. This is only true if you’re playing in handheld, when I started playing it, squinting at the screen. It’s a slightly different take on the first too games, but multiplayer is always a good box to tick when bringing your game over to the Switch.

Disclaimer: A review code for Mighty Switch Force! Collection was provided by the publisher.

The Mighty Switch Force Collection is a fun and fast paced selection of games that may have previously gone under the radar. If you’re a fan of quirky, weird platformers or puzzle games, this one is worth picking up. The level design and initially simple mechanics evolve into trickier, complex scenarios which make it a pleasant surprise from the developers of Shantae.